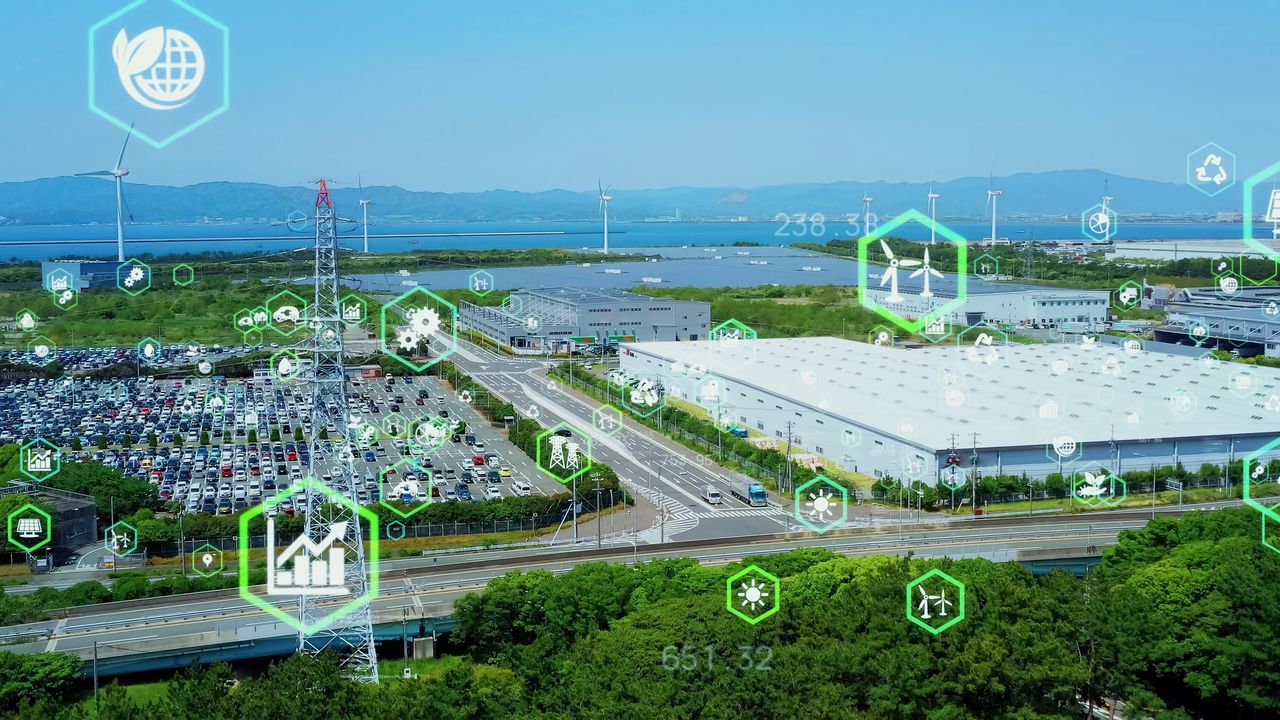 Few Japanese Companies Have Created a Roadmap Toward Carbon Neutrality

Economy Environment Mar 22, 2022
A survey by a private think tank has found that among companies with large energy consumption, which requires them to report to the government in relation to its carbon-neutrality goal, more than 80% have not yet formed a roadmap for going carbon-free.

The Act on Energy Conservation, which forms the core of the underlying legislation, makes it obligatory for reports on energy consumption to be submitted to the government by companies whose factories consume an equivalent of at least 1,500 kiloliters of crude oil annually or transportation companies with a fleet of at least 200 trucks.

The questionnaire survey was conducted by the Japan Research Institute, a major think tank, in January 2022, targeting a total of 309 companies in seven industries required to issue reports. Only 16% of the companies had formulated an action plan to achieve carbon neutrality by 2050, the target year set by the government, while the remaining 84% had not done so. 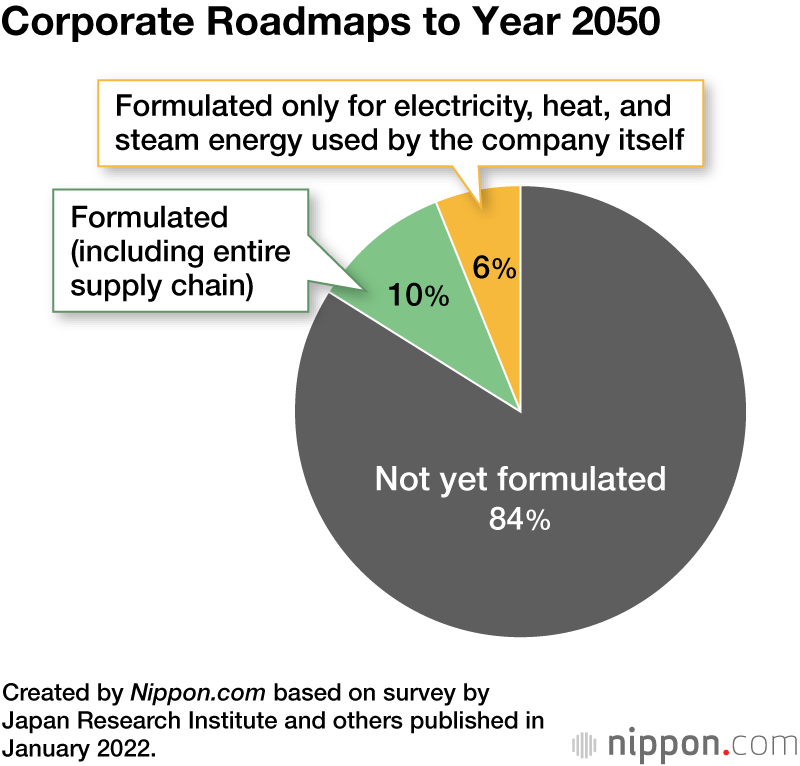 Among those who have come up with a roadmap (constituting 16% of the total), 10% had done so for their entire supply chain, in addition to their own operations, including the suppliers of raw materials suppliers. The other 6% that had created a roadmap had only done so for their own use of electricity, heat, and steam energy.

The percentage of respondents who are willing to accept increased energy costs as a result of measures to reduce emissions, such as the introduction of renewable energy sources, was 32% in the transportation and postal sector, 25% in the manufacturing sector for finished products, 18% in the manufacturing sector for intermediate products, and 23% in the wholesale and retail sector.

Regarding measures to reduce greenhouse gas emissions that are directly emitted by the companies themselves, such as fuel combustion, the most common measure either planned or carried out was energy conservation (44% of the companies), followed by electrification of heat demand (21%), shifting to decarbonized fuels or gas (19%), and electrification of transportation (18%).

Companies Efforts to Reduce Their Own Direct Greenhouse Gas Emissions

Created by Nippon.com based on survey by Japan Research Institute and others published in January 2022.