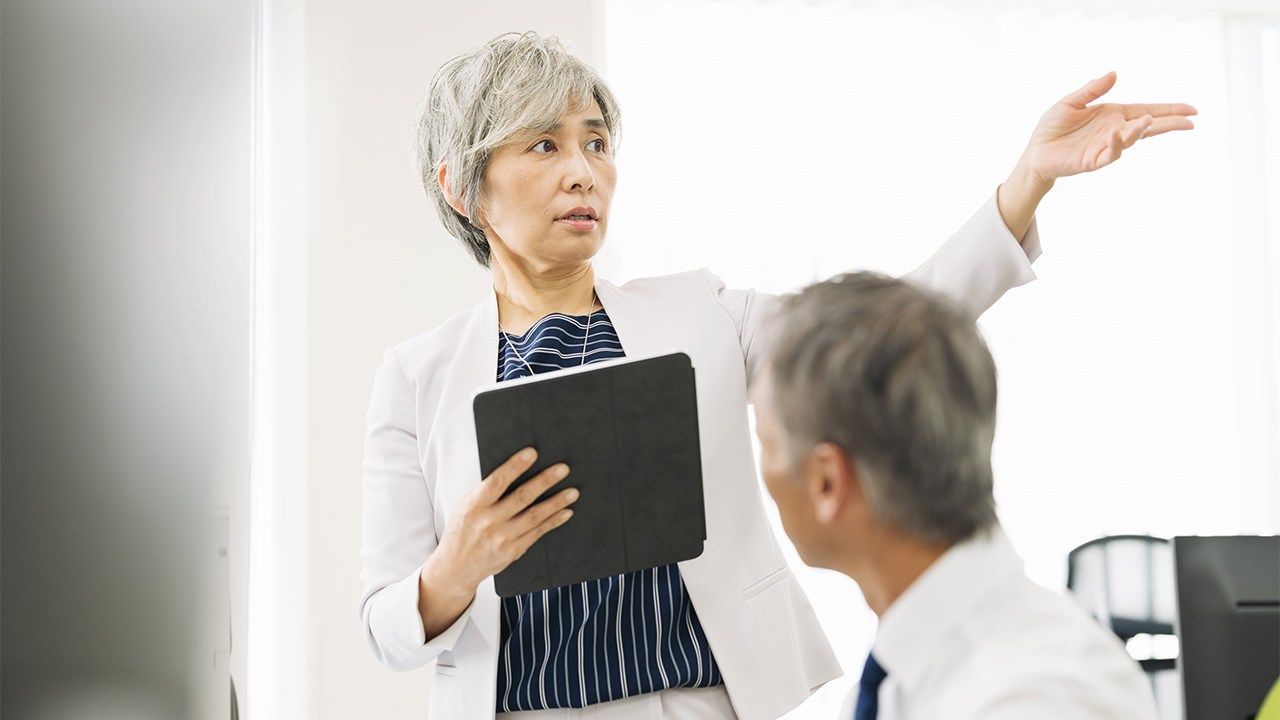 Why Less than Half of Japanese Women Want to be Promoted

Gender and Sex Work Economy Mar 28, 2022
A recent survey of women in managerial positions in Japan has highlighted a lack of interest in career advancement. In Japan, gender roles in employment are strongly ingrained, and marriage and childbirth have a significant influence over women’s attitude to work.

A survey of 1,065 women in managerial positions by recruitment company Adecco Group Japan found that a mere 11.9% of those surveyed had actually asked to be promoted, while only 48.6% were interested in receiving further promotions. 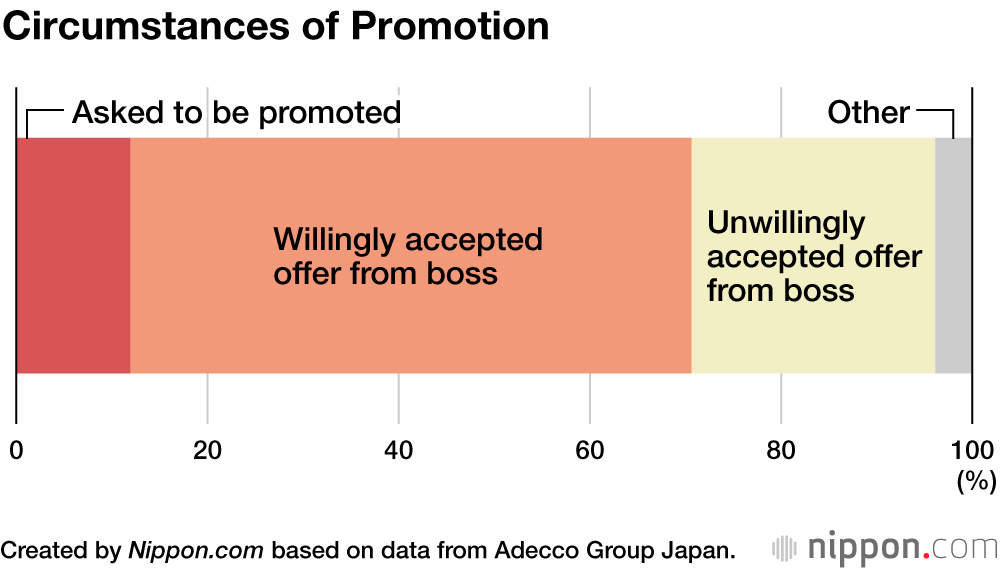 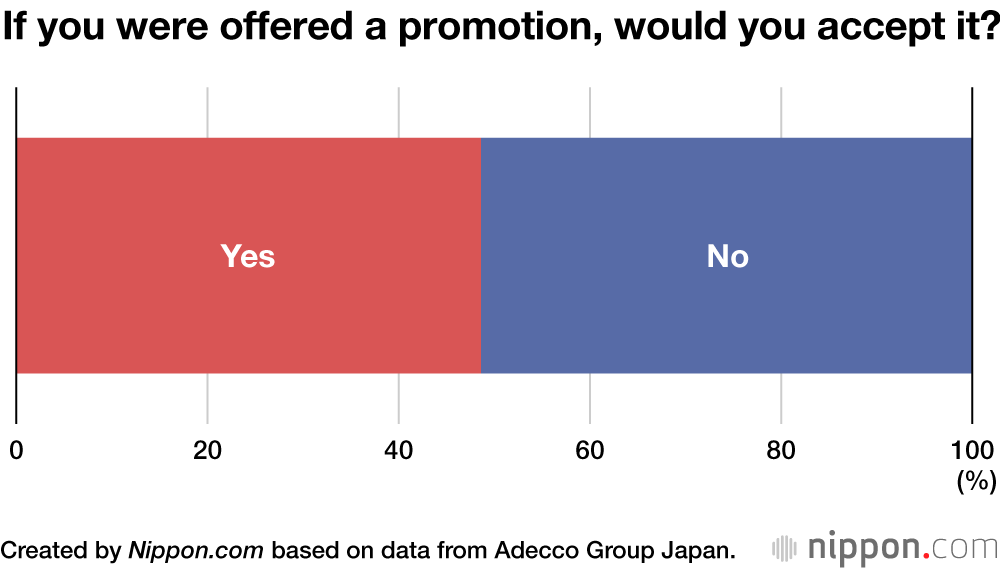 By far the most common reason for not wanting to be promoted was additional stress at 56.5%, followed by satisfaction with current position at 41.5%, then feeling unsuited at 40.0%. 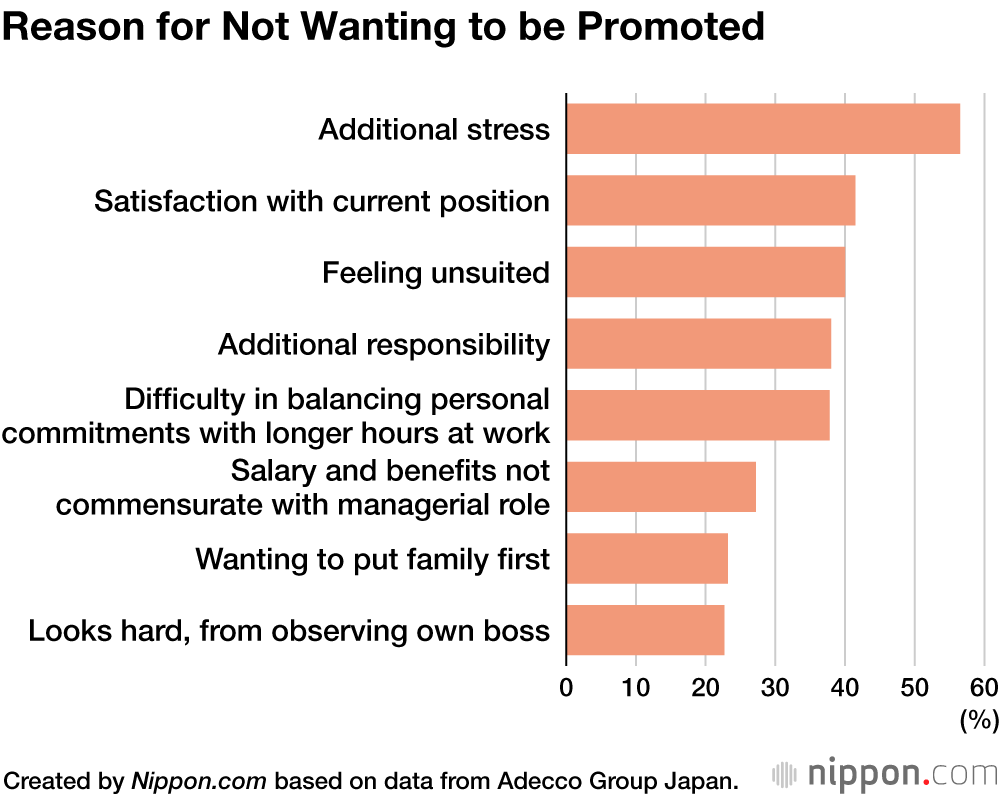 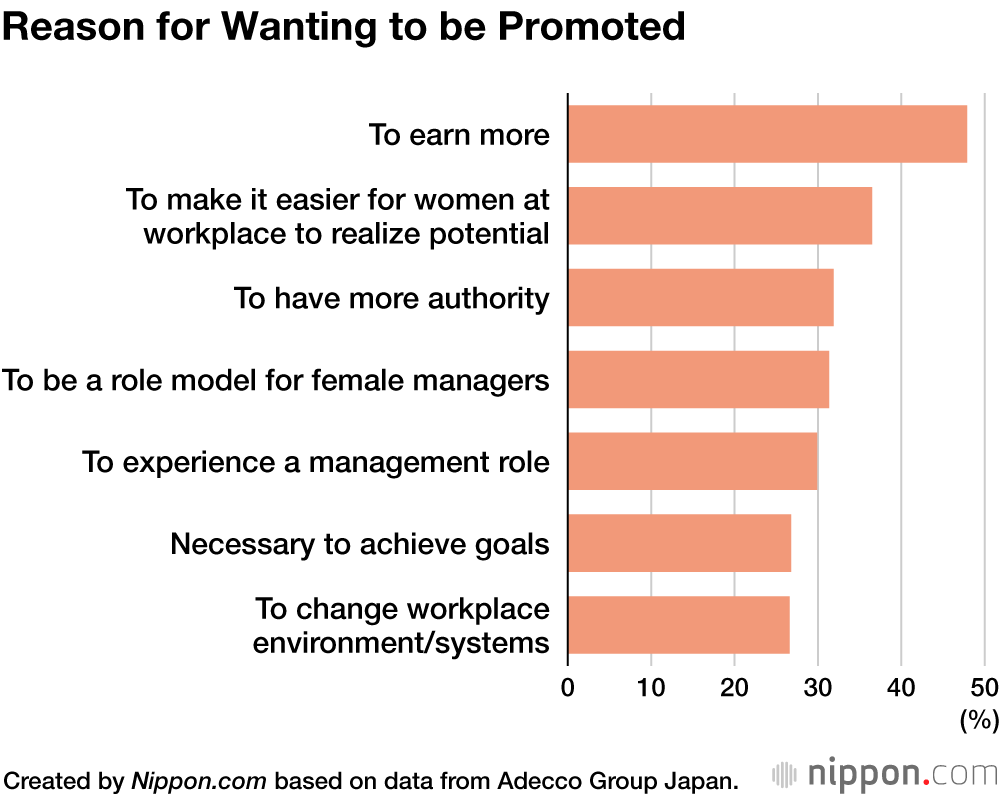 When asked what needed to be done to increase the number of women in management, the most common response at 43.8% was “help women balance work with caring for children/elderly relatives,” followed by “change managerial duties and ways of working” at 35.1%, and then “boost understanding of female managers’ circumstances” at 34.6%. 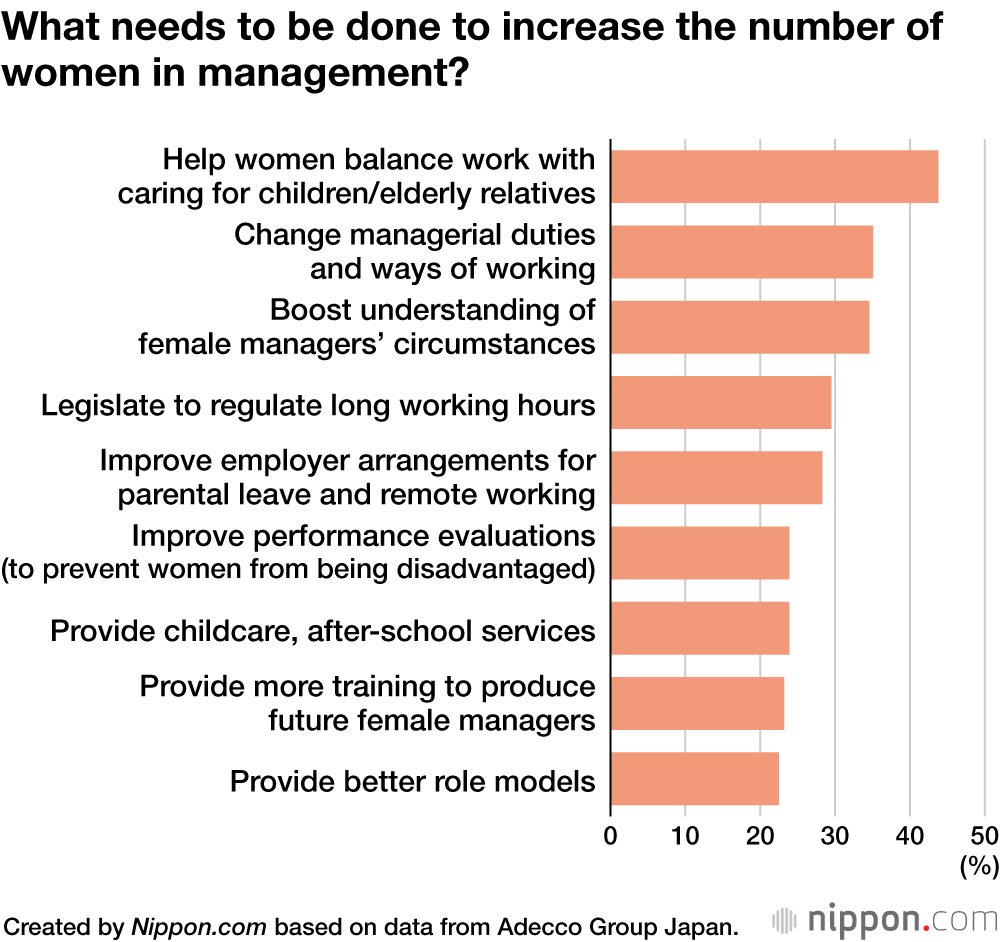