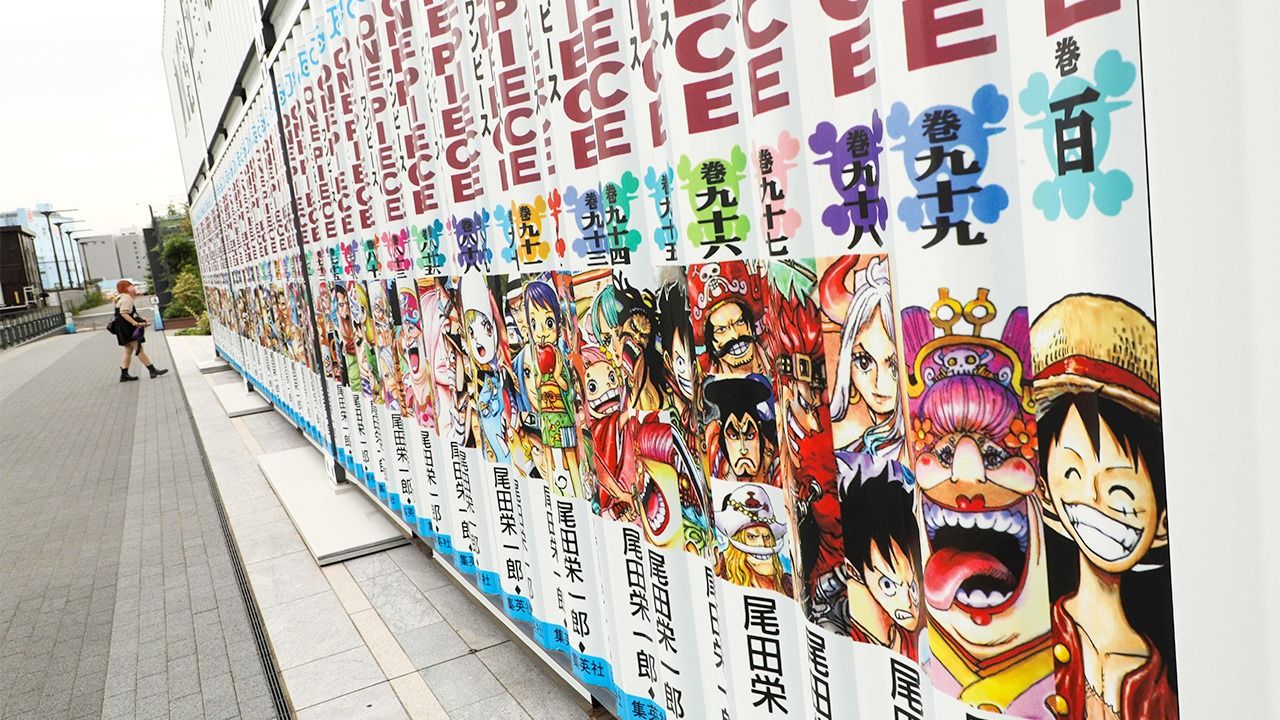 Culture Economy Apr 15, 2022
Comic sales in Japan have been strong due to demand from people who have been spending more time at home amid the ongoing COVID-19 pandemic and because of the ease of purchasing via mobile devices.

Total sales of print and electronic comic books and magazines in Japan increased year on year in 2021 by 10.3%, to ¥675.9 billion, marking the second consecutive annual record high. The share of comic sales within the overall publishing market was 40.4%, exceeding 40% for the first time. This is the estimate of the All Japan Magazine and Book Publishers’ and Editors’ Association and the Research Institute for Publications, two research organizations specializing in the publishing industry.

Sales of comics in 2020 exceeded ¥600 billion for the first time due to explosive sales of the Demon Slayer: Kimetsu no Yaiba series, in addition to increased demand during the pandemic, as people spend more time at home. Expectations were that sales would decline in 2021, but in fact a high growth rate of over 10% continued. 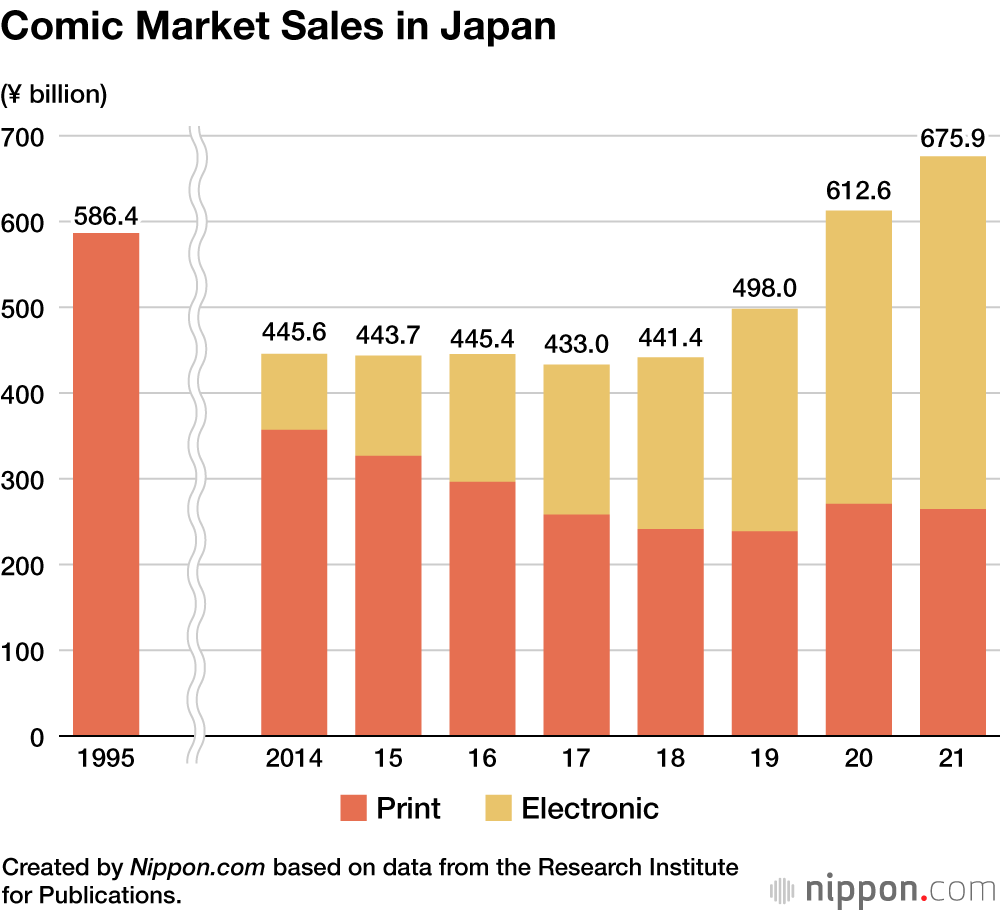 By publication type, sales of e-comics accessed via smartphones and other mobile devices rose 20.3% year on year to ¥411.4 billion, and print-based comic books in the tankōbon digest format rose 0.4% to ¥208.7 billion, while sales of comic magazines fell 11% to ¥55.8 billion.

A look at recent trends reveals that the market scale for print-based comics has remained flat, at around ¥250 billion for combined sales of tankōbon books and magazines. In contrast, the size of the e-comics market has more than doubled over the past five years.

The same market study attributed the high comic sales in 2021 to the popularity of such works such as Jujutsu Kaisen and Tokyo Revengers, as well as new hit comics created for apps and websites.

The comic One Piece, which began serialization in 1997, saw its hundredth volume published in 2021, while also reaching 490 million copies in cumulative sales. Another long-running comic series, Case Closed, which debuted in 1994, also garnered a great deal of attention last year for publishing its hundredth volume.

(Translated from Japanese. Banner photo: A “giant bookshelf” display in Minato, Tokyo, stretching 18 meters long to commemorate the publication of the hundredth volume of the comic One Piece. Photograph taken on September 17, 2021. © Jiji.)