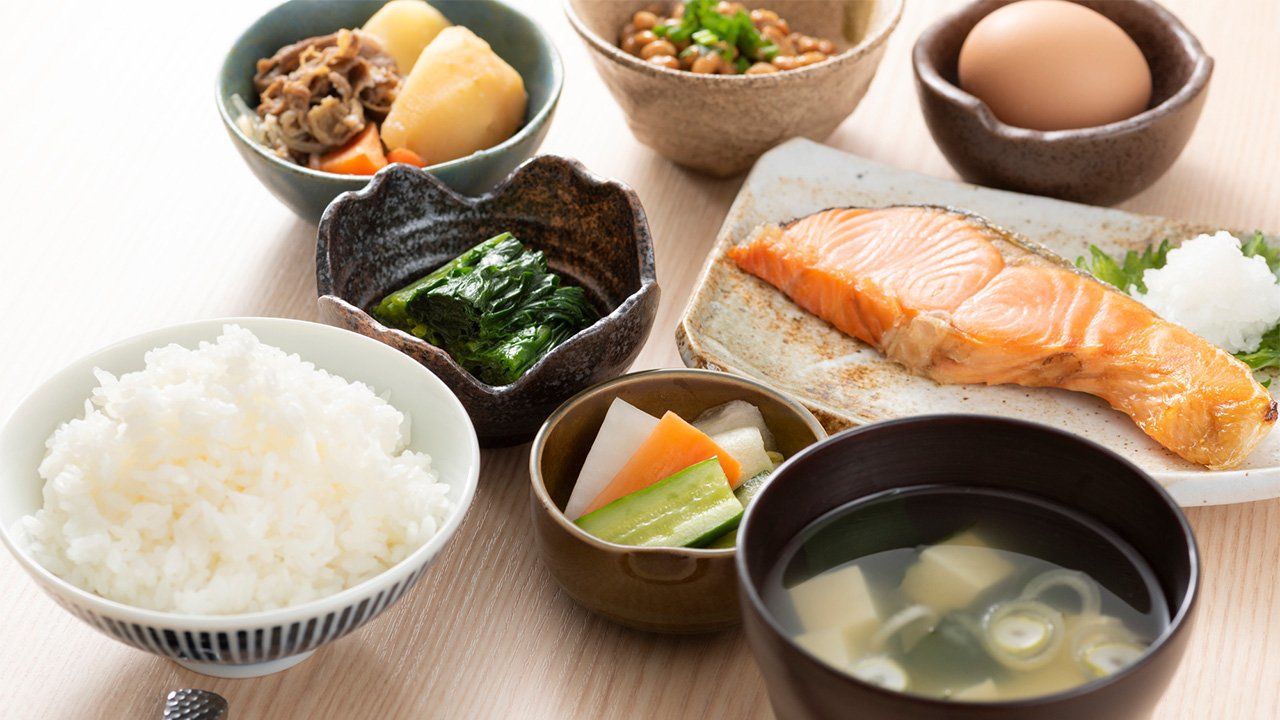 Lifestyle Food and Drink Economy Apr 21, 2022
Rice is still the most popular staple food in Japan according to a recent survey, especially at dinner time.

A survey by the Ministry of Agriculture, Forestry, and Fisheries, which analyzed the weekly meals of 30 persons across Japan, found that the primary staple food was rice, consumed as such by more than 40% of the respondents, and that around 40% of all food consumed was produced in Japan.

This marks the second time to conduct the survey, which was introduced in fiscal 2020. The method involved a quantitative survey as well as photograph-based survey. For the latter, 30 people were selected representing an unbiased sampling in terms of gender, age, and region of Japan. They were asked to photograph their meals during a period of one week between November and December 2021.

According to the results, of the total 630 meals (three daily meals over seven days for 30 people), rice accounted for the largest proportion (41.1%), followed by bread (18.7%), noodles (14.1%), and “other” (meals consisting mainly of side dishes only, fruit, or sweets) (10.3%). Men tended to be more likely to choose bread or noodles, while women ate relatively more rice. 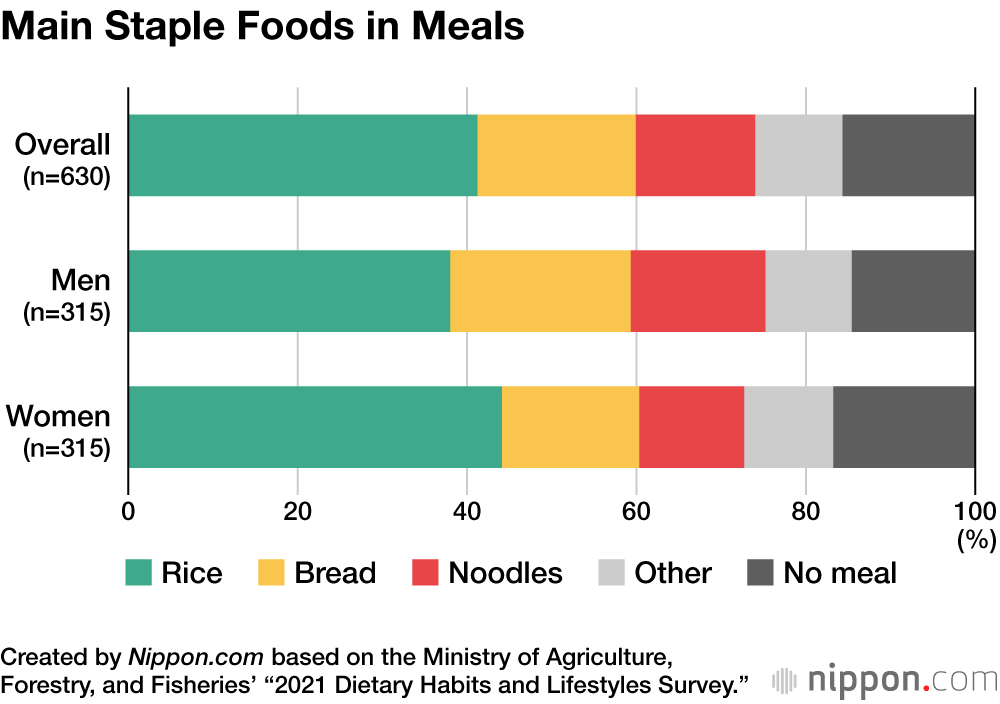 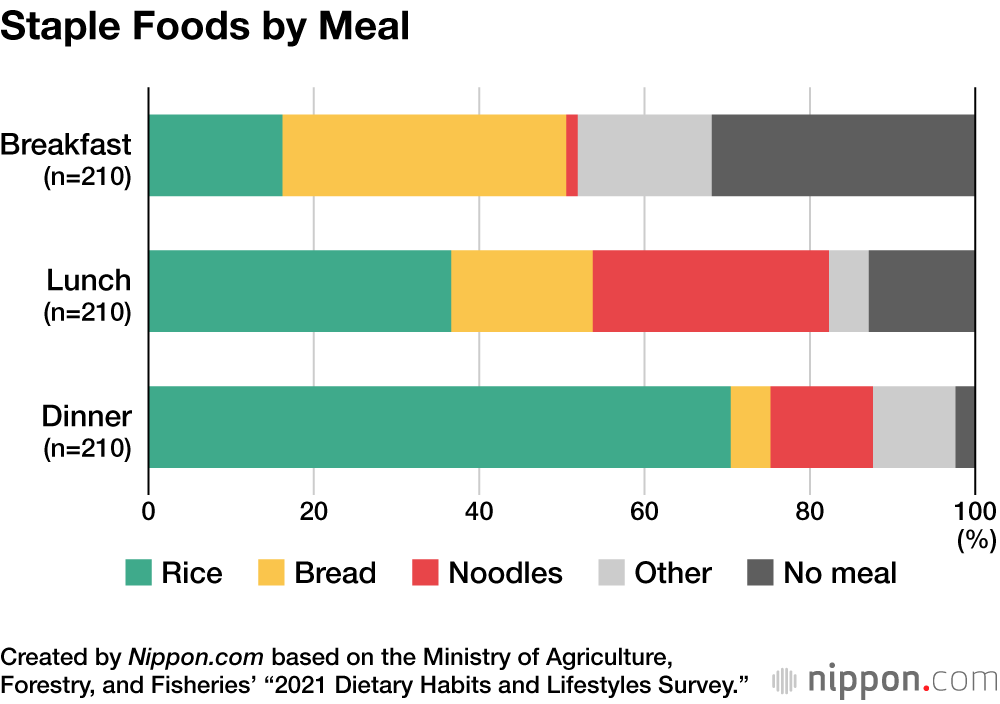