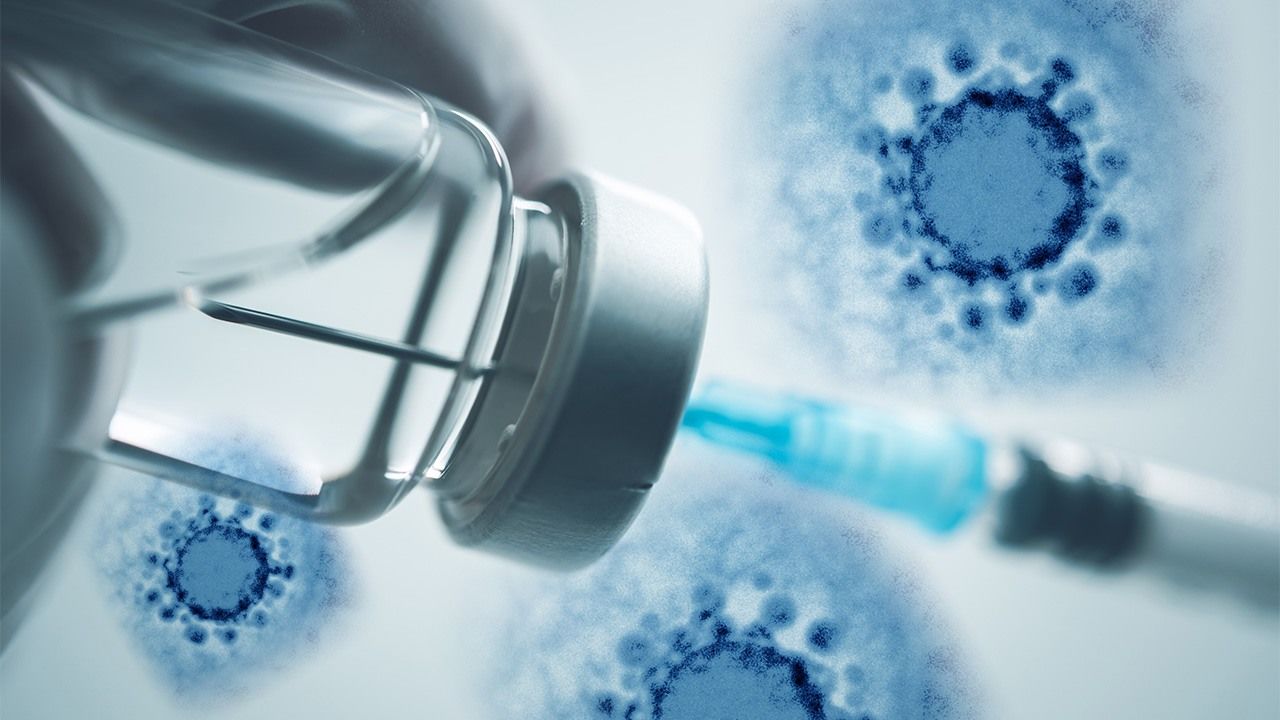 Majority in Japan Want Fourth COVID-19 Shot, But Some Deterred by Side Effects

Health Apr 26, 2022
The Japanese government is currently preparing to provide a fourth COVID-19 shot. A survey has found that more than half of those already vaccinated would like to receive one, although 16% stated that they did not want to.

Nihon Trend Research conducted a survey from late March through early April, asking 1,200 people across Japan about COVID-19 vaccinations. It found that 42.9% of all respondents had received their third dose. A further 41.2% had been given their second dose and 0.2% only the first one, whereas 15.8% had not been vaccinated at all. 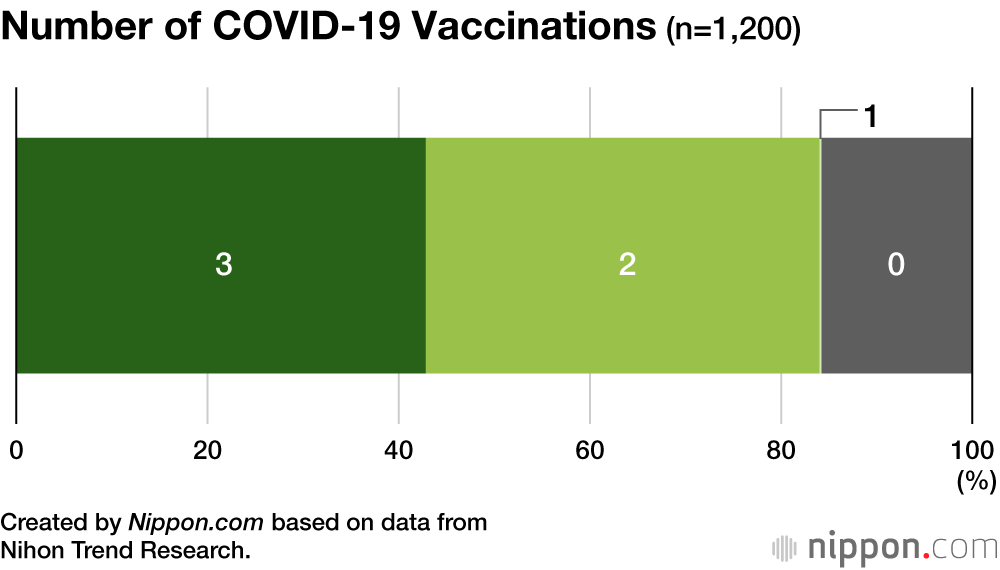 Among those who stated they had not been vaccinated, 57.7% said that they did not want to be. The specific reasons they gave for this stance included “there’s too much of a risk for adverse reactions compared to how long the vaccination is effective” and “even though most people are getting it, there’s no improvement in controlling the spread.” 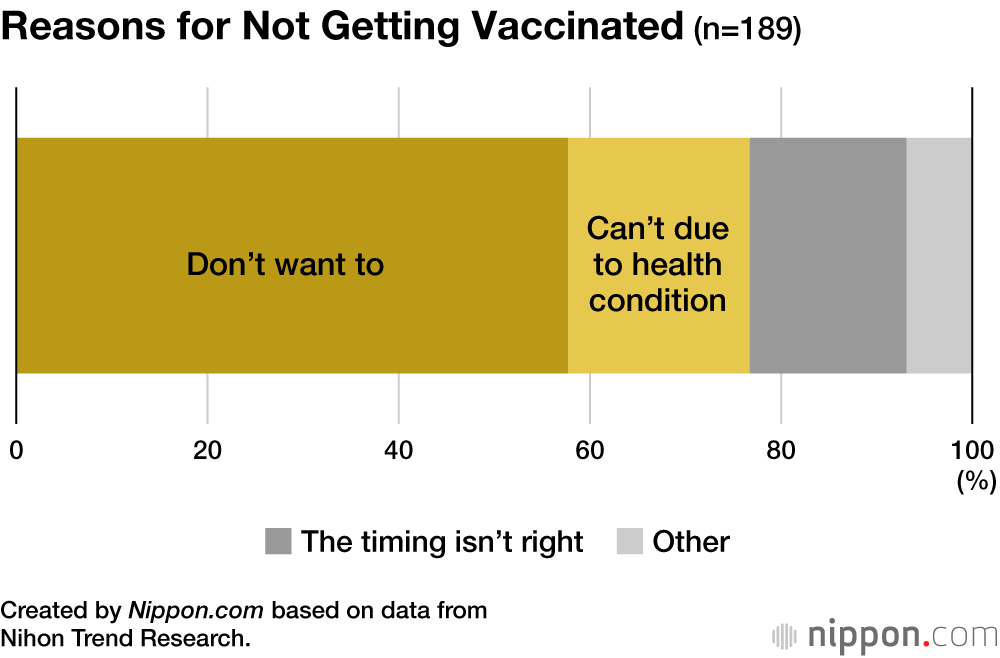 When asked if they would like to be given a fourth shot, 53.7% of the 1,011 respondents who had received the vaccination at least once answered yes. A further 16.1% said they did not want to, and 30.2% were undecided.

Among those who wanted a further dose, some reasoned that “it would inconvenience the people around me if I had to take time off work” and “I’m elderly, so I’m ready to accept side effects if it means avoiding becoming seriously ill.”

In contrast, those who did not want it said it was because of the side effects, stating that “they are draining,” or that “they got progressively worse with the second and third doses,” or “I still feel tired and a pain in my arm from the third dose.” 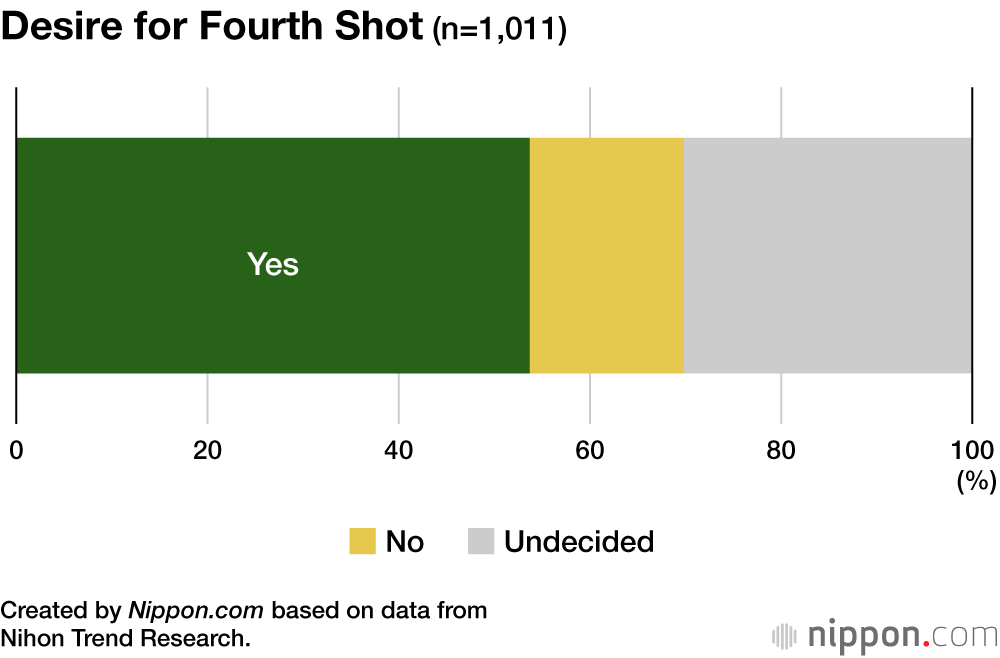