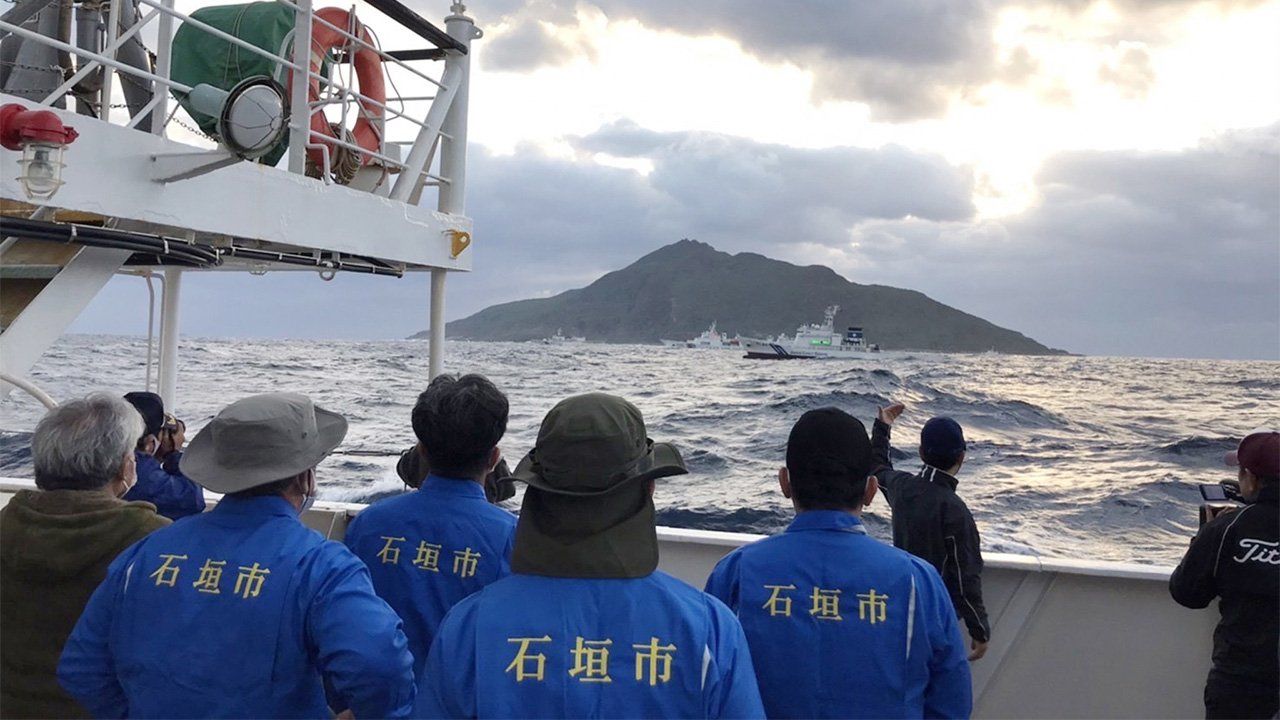 Politics World May 19, 2022
Japan and China mark 50 years since diplomatic normalization this September. Japanese public sentiment towards China remains highly critical, however, reflecting ongoing tensions including the intrusion of Chinese government vessels into Japanese territorial waters around the Senkaku Islands.

Japan’s Ministry of Foreign Affairs recently released the results from its annual Domestic Public Opinion Survey on Japan’s Diplomacy. Respondents were asked to identify up to two issues they wanted the government to place particular focus on in Japan’s diplomacy toward China. In the fiscal 2021 survey, 61.6% of respondents said that they wanted the Japanese government to “take a strong stance on intrusions into Japan’s territorial sea.”

This was a slight decrease from the fiscal 2020 survey, where 69.3% of respondents indicated a preference for the government to take a strong stance on territorial issues. Nevertheless, it remained the most selected option, ahead of “urge China to respect human rights, freedom, democracy, and the rule of law” (50.7%) and “strengthen cooperation on important issues for the region and international community” (28.2%).

Conducted nationwide by telephone between March 17-22, 2022, the survey obtained valid responses from 1,000 people aged 18 or over. 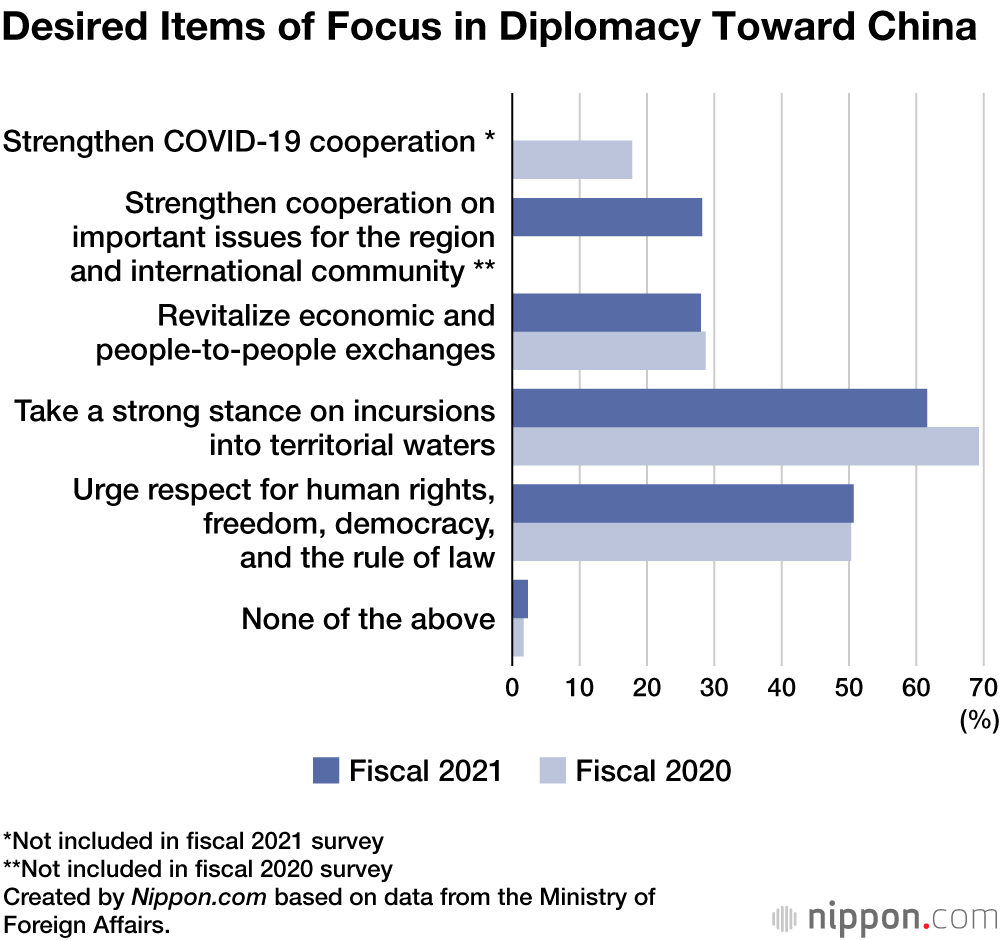 Asked whether they thought the East Asian security environment had become increasingly severe in recent years, 88% of respondents answered affirmatively, up 5.6% from 2020. Only 7.7% of respondents said that they did not think the regional security situation had deteriorated, a drop of 2.8% from last year.

The most popular area chosen by respondents for strengthening the relationship between Japan and the United States was “security” at 70.3%. This was followed by “economy, trade, and finance,” which was chosen by 54.1% of respondents (multiple answers were allowed). Both areas were up from the 2020 survey. 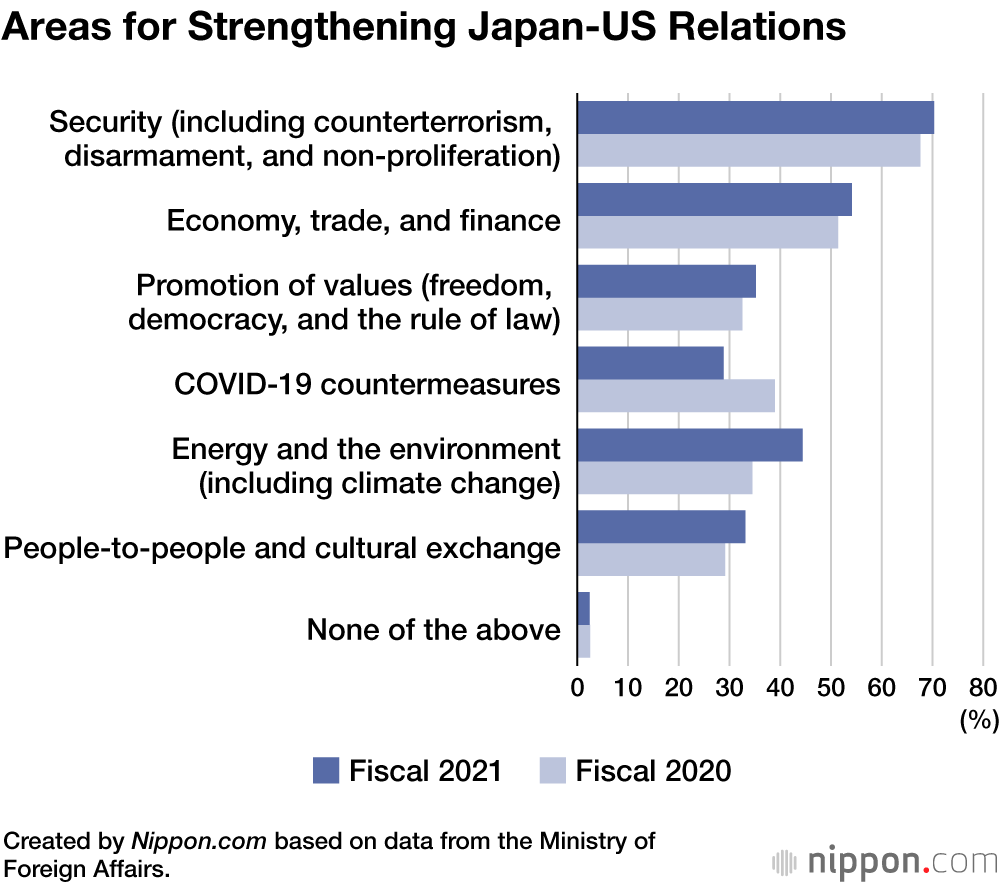