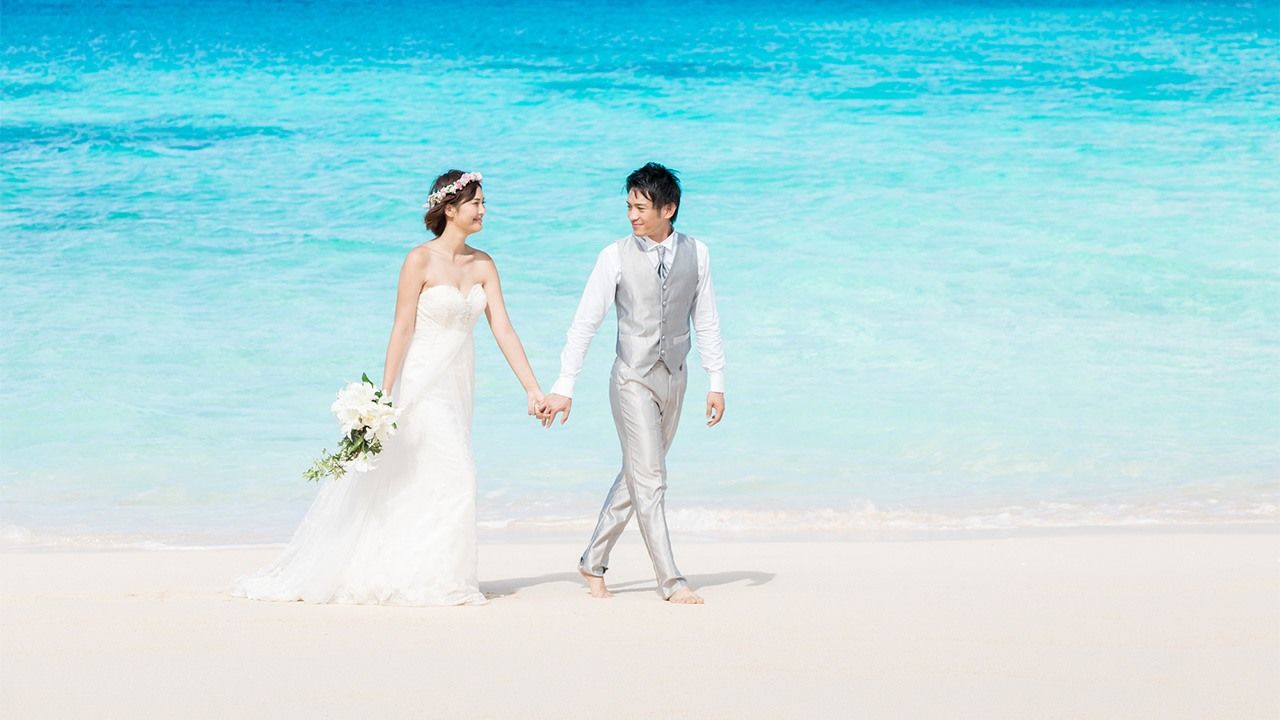 Economy Travel May 30, 2022
Okinawa is visited by throngs of tourists from throughout Japan and the world. In recent years, more and more couples have been holding their wedding ceremonies on the islands.

According to the Okinawa Prefecture Tourism Promotion Division, 12,540 couples from outside the prefecture held their wedding ceremonies in Okinawa in 2021, a 36.1% increase over the previous year. Although the negative impact of the pandemic remains, demand for weddings has recovered somewhat compared to 2020, when there was a significant drop.

Statistics on weddings are based on a survey conducted by the prefectural government of companies that organize “resort weddings” in Okinawa. The survey was sent to 66 companies, with 56 valid responses received. The statistics include various types of weddings, including ceremonies held in chapels and events centered on photographing the newlyweds.

In 2021, there were no weddings for couples from overseas, but the number of domestic customers increased by approximately 3,500 couples. Each of the first three months of the year also saw a year-on-year increase in the number of weddings. 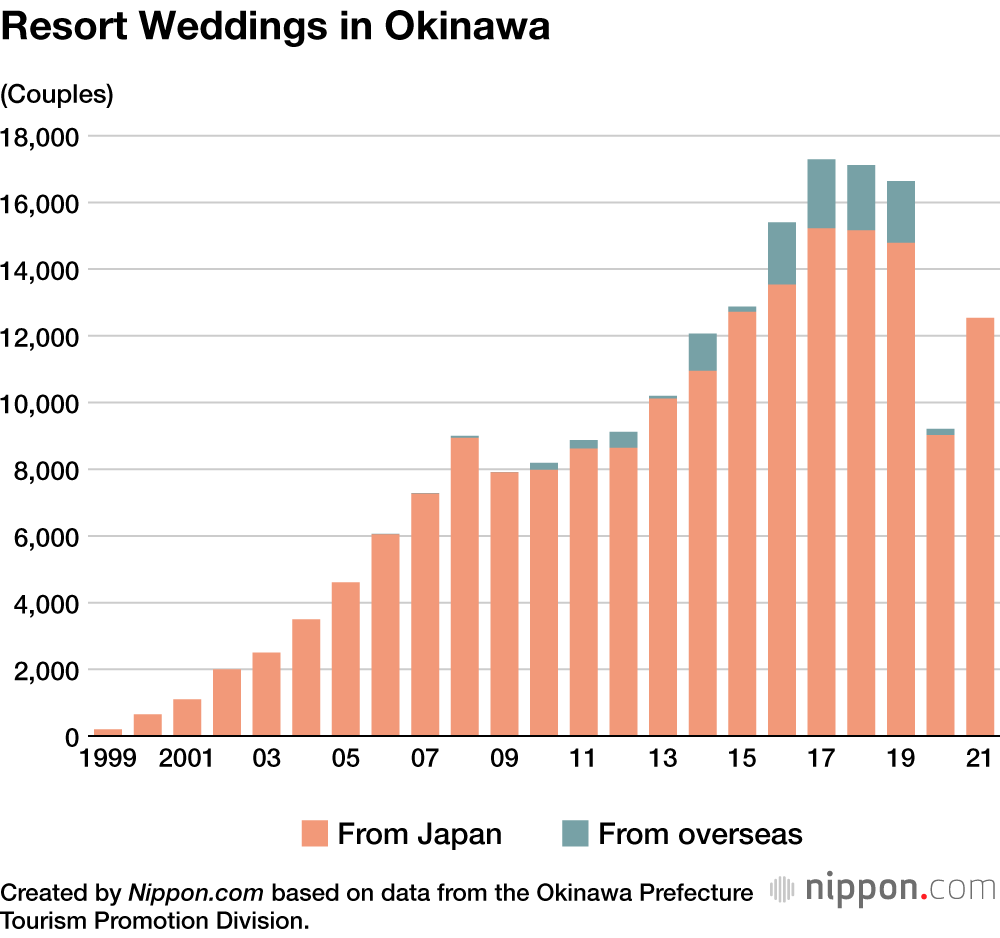 Fewer than 1,000 couples had resort weddings in Okinawa in 2000, but that number rose rapidly over the next two decades, driven by improvements in amenities and promotional campaigns. In 2019, just prior to the outbreak of the pandemic, some 15,000 couples from areas in Japan and 2,000 couples from foreign countries visited Okinawa for a wedding-related event.

According to the prefectural government, the most popular month to hold a wedding in Okinawa is November, followed by April and October. Among the couples visiting from elsewhere in Japan, 62% came for a wedding ceremony, while 38% visited to have their photos taken at a scenic spot in the prefecture, such as the oceanside or castle ruins.

The average number of wedding attendees in 2021 was 12.7. Couples visiting Okinawa for a wedding stayed on average for 3.4 days, while their guests stayed for 2.5 days. At least 124,000 people visited Okinawa for resort weddings that year, generating an estimated economic windfall of ¥22.3 billion.