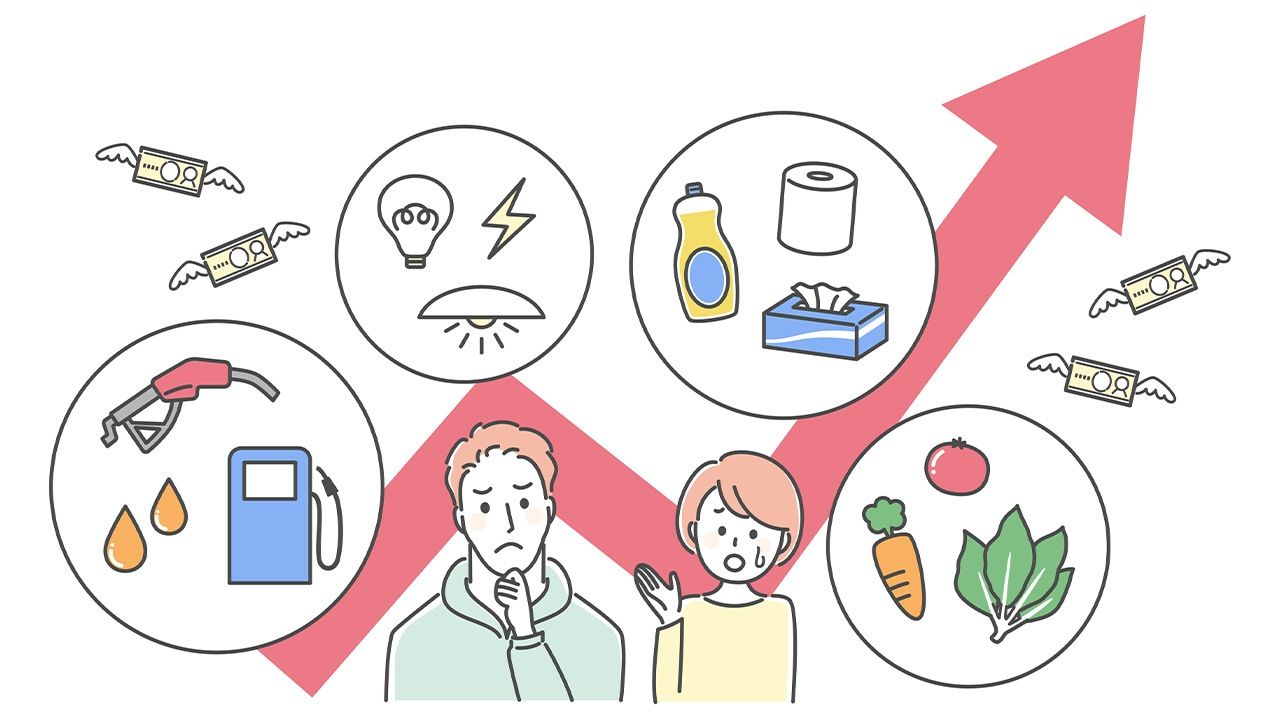 Economy May 26, 2022
Japan’s national consumer price index for April 2022 rose 2.1% year on year, reaching the Bank of Japan’s 2% price rise target. However, this increase, which reflects soaring resource and grain prices, will only increase the burden on households if not accompanied by wage hikes.

Japan’s consumer price index is a composite index of consumer goods, not including fresh food, as that is subject to large price fluctuations. The index for April 2022 released by the Ministry of Internal Affairs and Communications was 101.4 (as compared to “100” in 2020). This represents a 2.1% year-on-year increase and the eighth consecutive monthly rise. This is the first time for the index to increase by more than 2% since the 2.2% rise in March 2015. Excluding the effects of the 2014 consumption tax price hike, it is the first time since September 2008, when the index rose by 2.3%.

Resource prices have continued to climb under the impact of Russia’s invasion of Ukraine. Although the 19.1% year-on-year price increase for energy in April was down slightly from the 20.8% increase for March, prices of other energy sources were on the rise, including electricity, “city gas” (piped gas, mainly consisting of natural gas), and gasoline, which rose 21.0%, 23.7%, and 15.7%, respectively.

Nonperishable food also rose 2.6%, mainly due to higher raw material costs, while household durable goods rose 5.0%. Another factor behind the price increases was the waning influence of the discount plans introduced by major cellphone providers in March 2021.

The Bank of Japan has been pursuing large-scale monetary easing with the goal of a 2% rise in prices, and while this target has now been exceeded, there are fears that if price increases are not accompanied by wage hikes, they will have a negative effect, only increasing the burden on households. 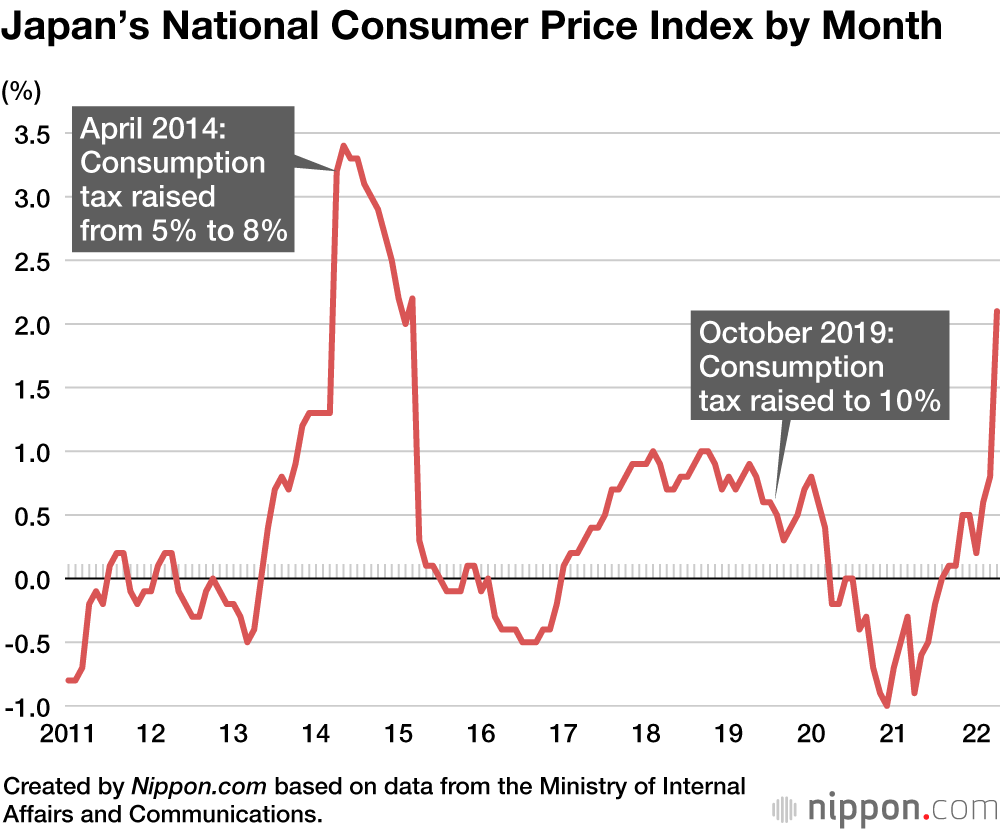