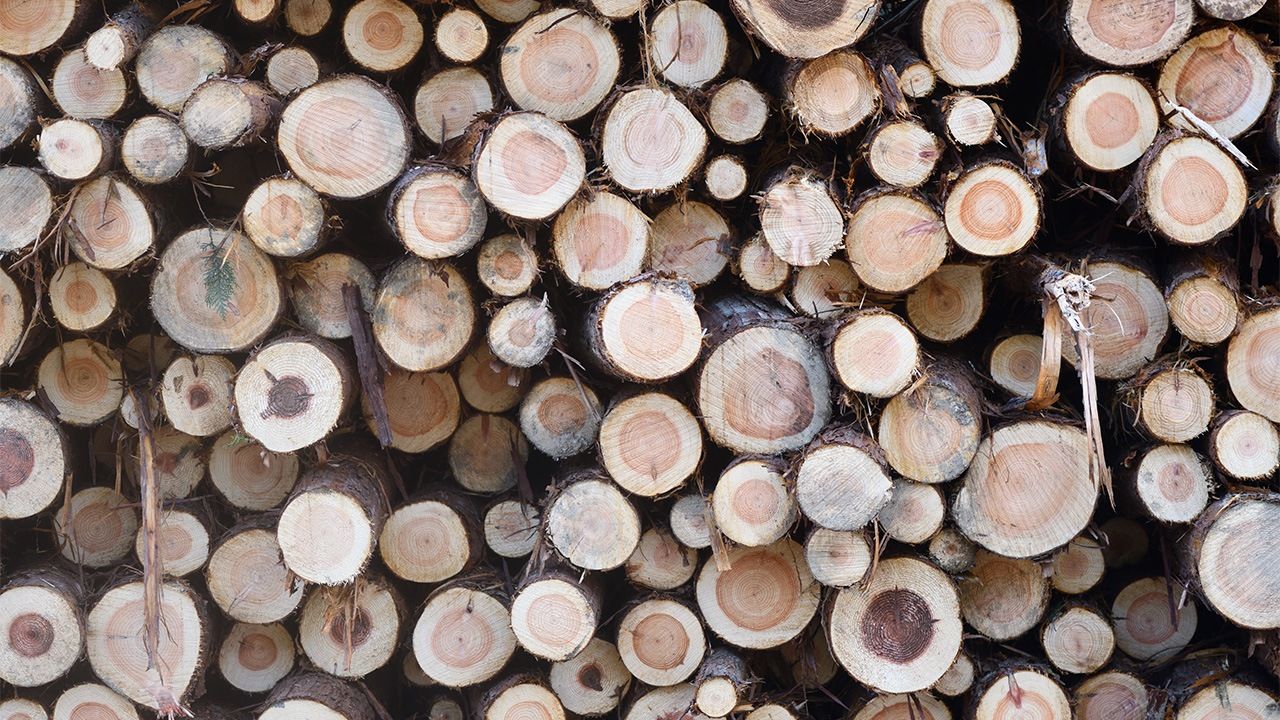 Economy Environment Jun 16, 2022
Japan’s timber self-sufficiency rate has been rising for the last 10 years and in 2020 recovered to the 40% level for the first time in roughly half a century. While there are measures in place to promote the use of domestic timber, it is the increase in use of wood chips for biomass power generation that has caused the rate to increase.

According to the Ministry of Agriculture, Forestry, and Fisheries’ annual report on forests and forestry in Japan, the timber self-sufficiency rate, which indicates the proportion of domestic timber consumed in Japan, reached 41.8% in 2020.

In 1955, it stood at 96.1%, but after that the rate dropped steadily due to an increase in cheap imported timber and reached a record low of 18.8% in 2002. Artificial forests, planted as part of government measures to promote domestic timber, have just recently become ready to be harvested. Increased demand for fuel, including wood chips used for biomass power generation as part of a decarbonization shift, has also boosted the supply of domestic timber. In the ten years since 2011, the self-sufficiency rate has risen continuously. The last time the rate exceeded 40% was 48 years ago in 1972. 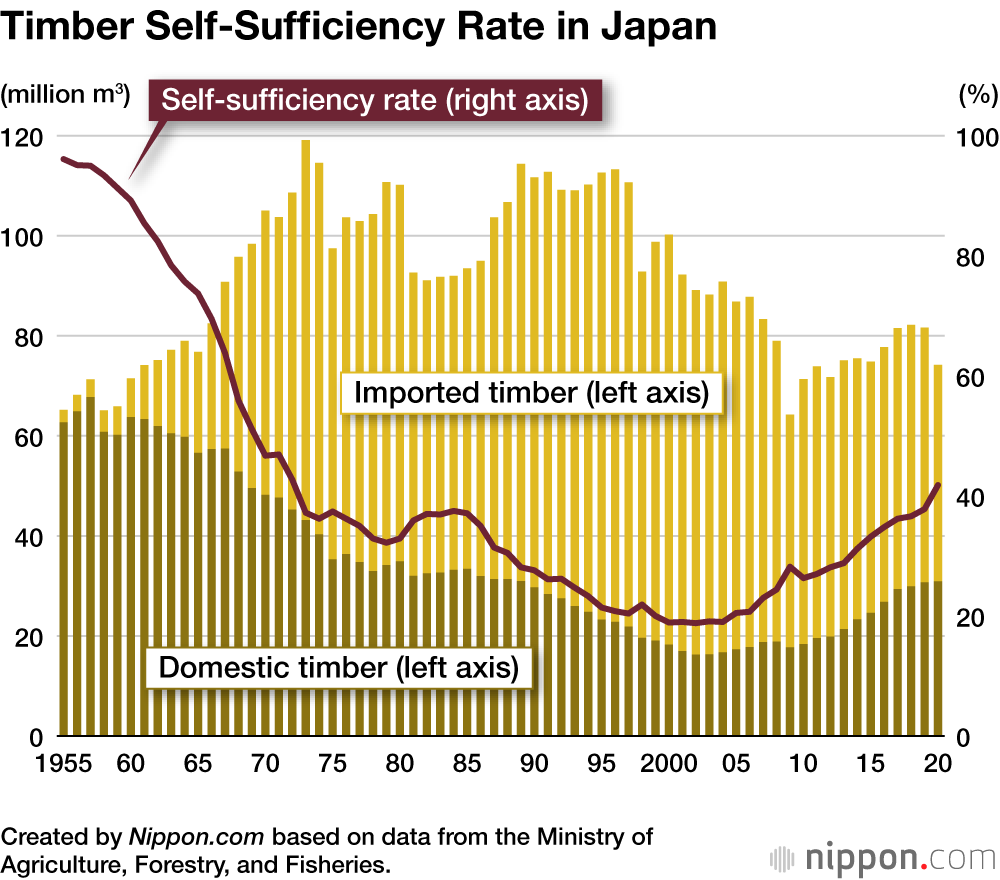 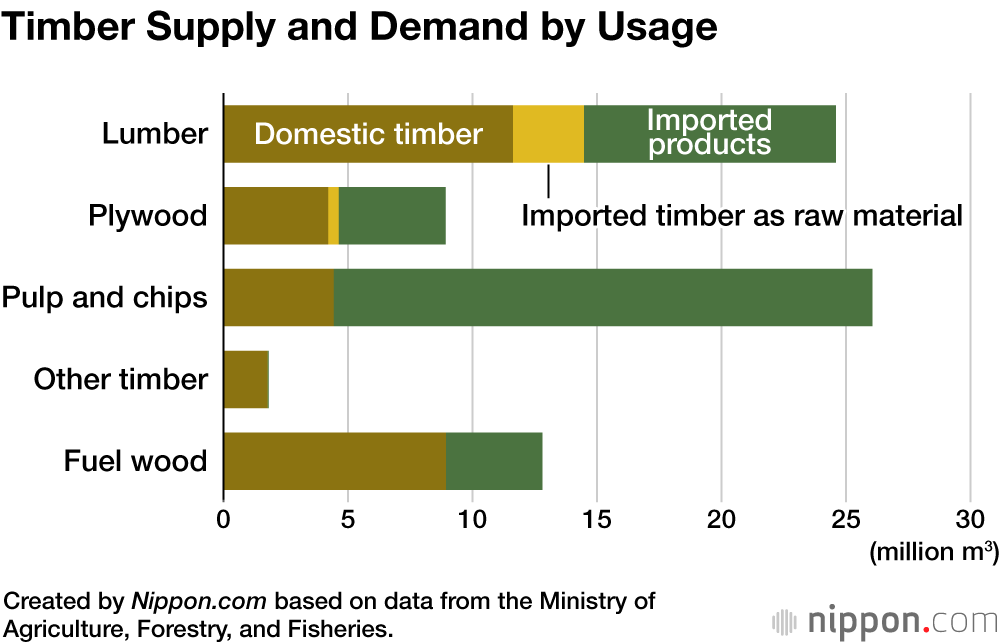