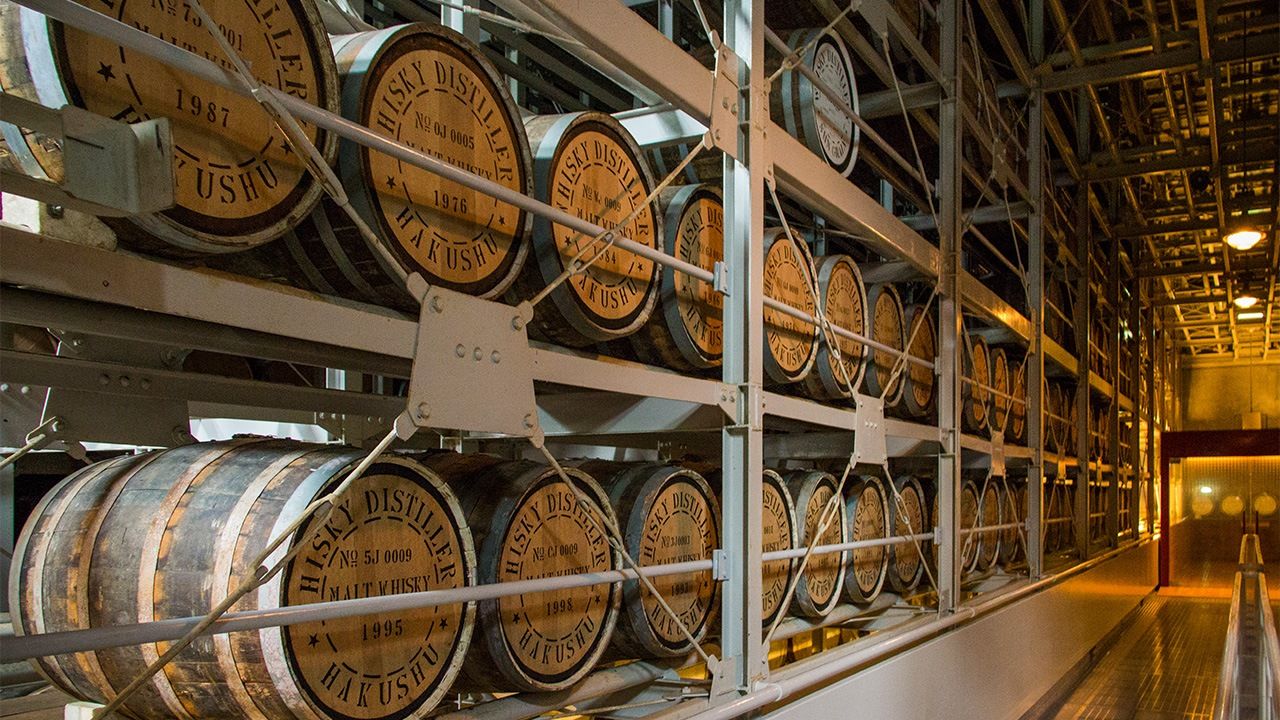 Economy Jul 7, 2022
Japanese alcohol exporters are doing a brisk trade, with total exports surpassing ¥100 billion for the first time in 2021. Behind the popularity of Japanese liquor are the increasing association with quality in the mind of overseas consumers, and the global washoku boom. 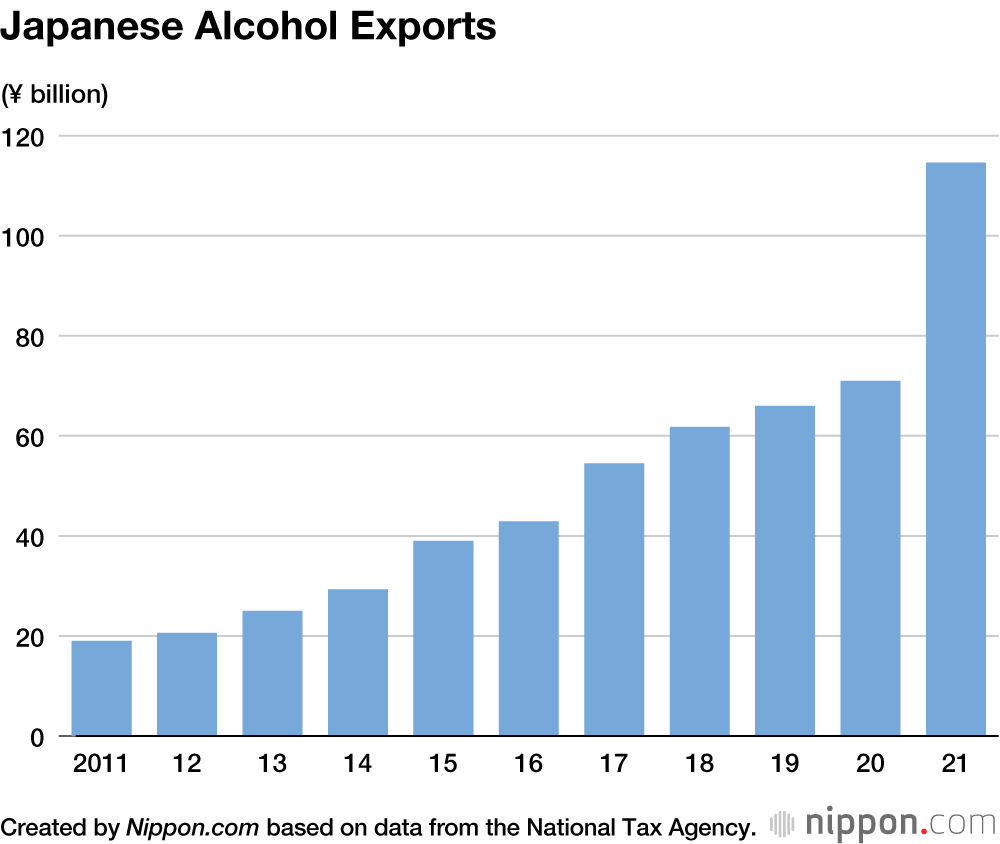 Sake and whisky made up the lion’s share of exports, accounting for over 70% of the total. While less significant, exports of gin, vodka, and wine are also increasing. 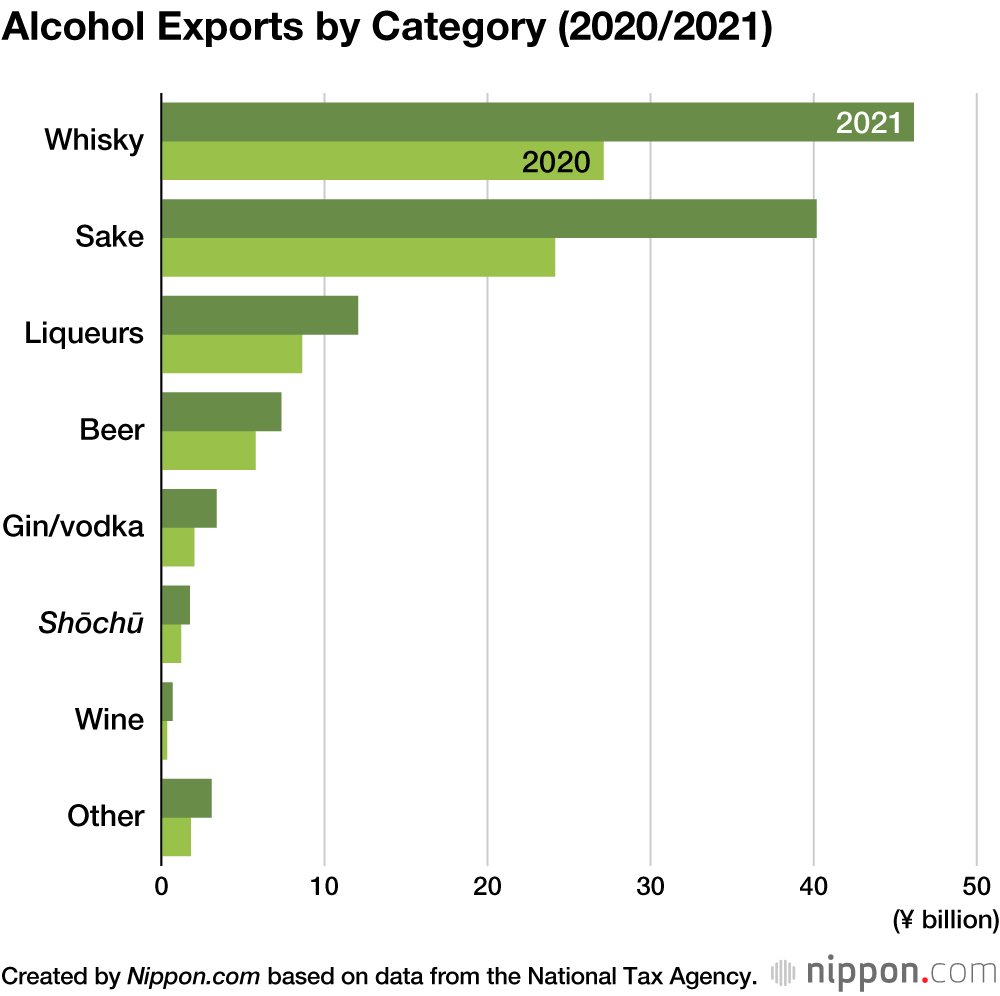 The top importer of Japanese alcohol during the period was China, followed by the United States, Hong Kong, Taiwan, and France. The main importers of Japanese sake are all located in the Asia-Pacific region, and the National Tax Agency says the development of the European sake market is a challenge for the future. 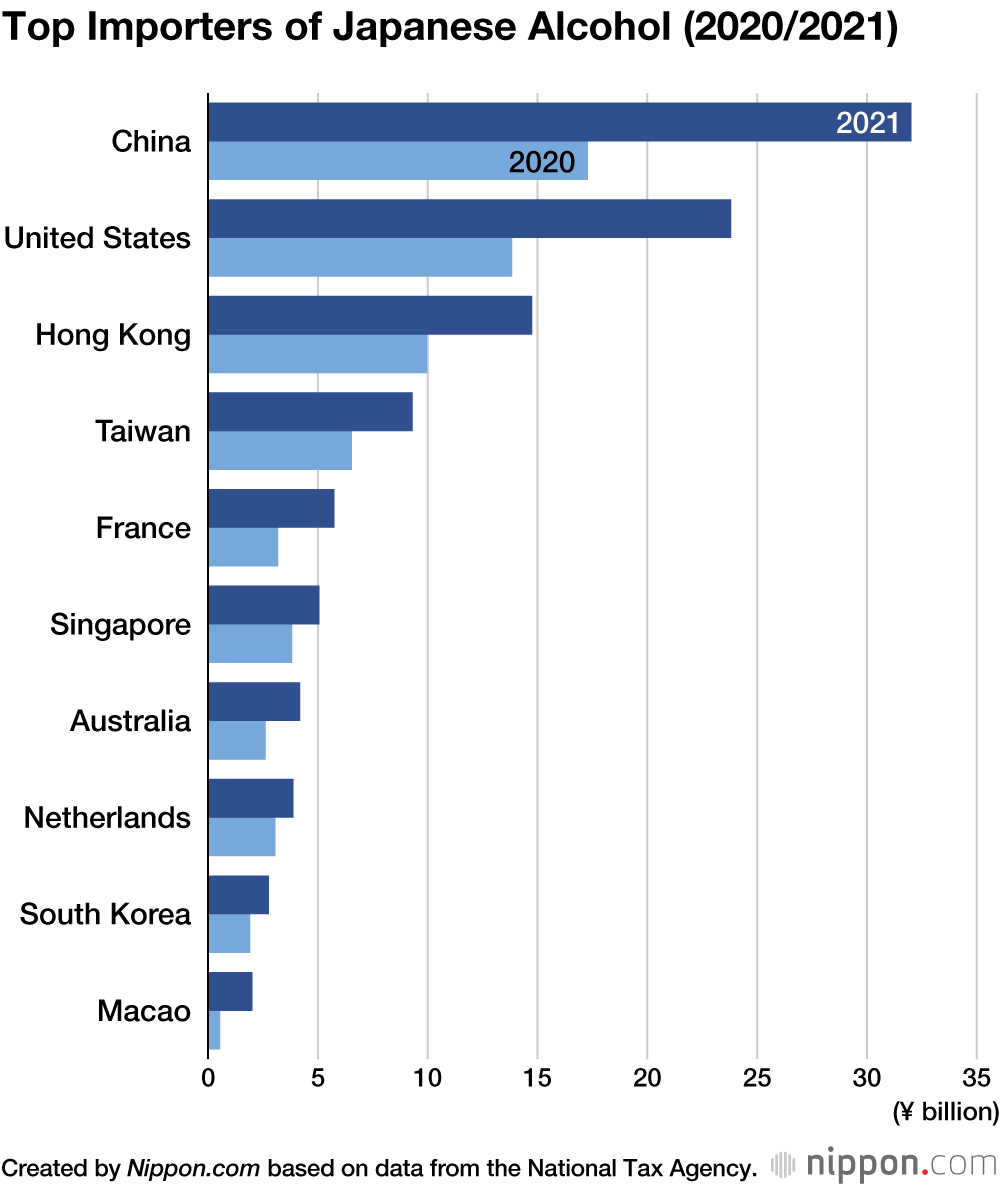 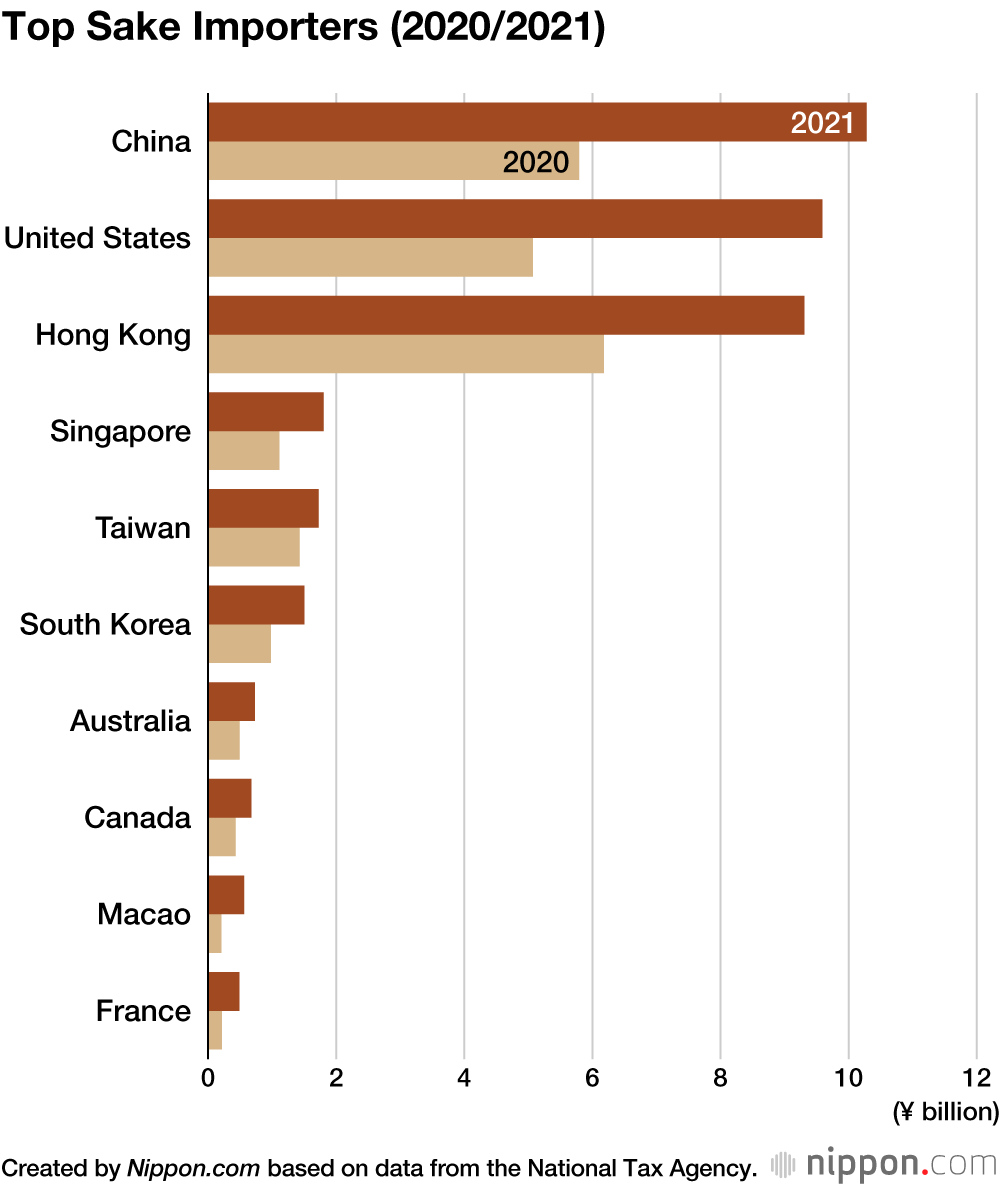