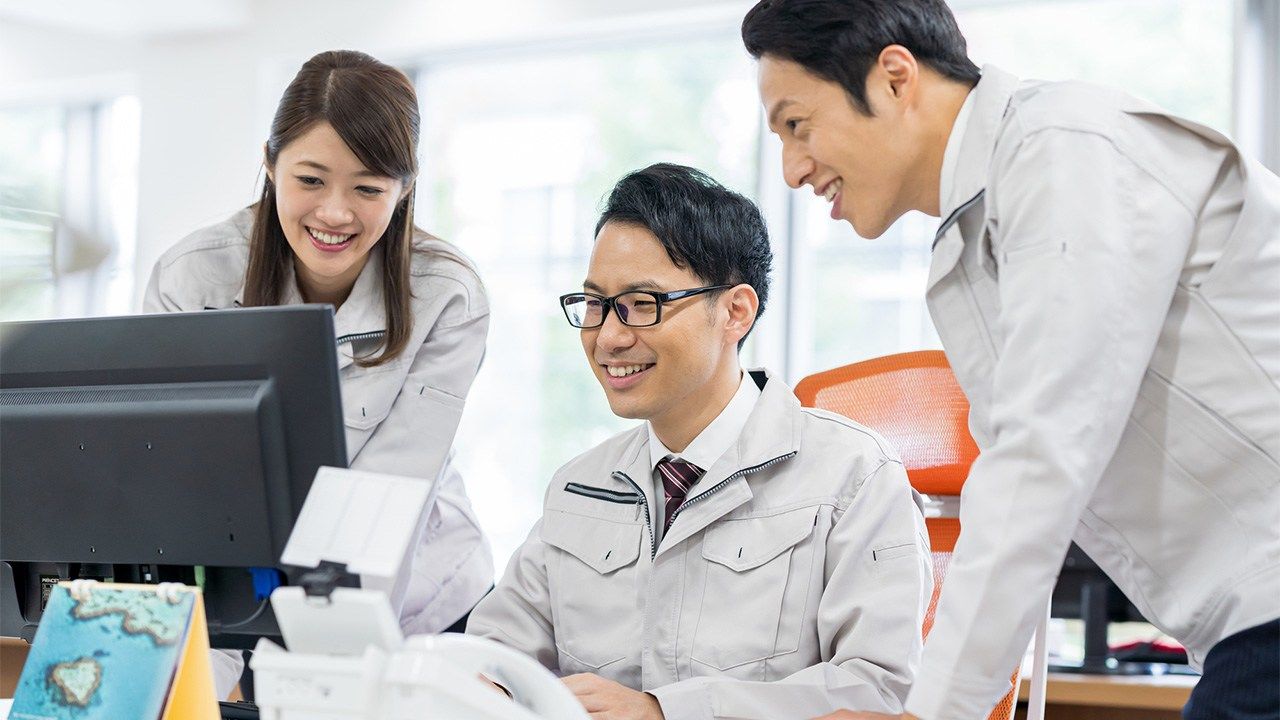 Economy Work Jul 20, 2022
Despite new economic issues arising in Japan, around half of small and medium enterprises are moving to raise wages in order to secure human resources.

According to a survey conducted in June by the Japan Chamber of Commerce and Industry, 50.9% of their small and medium-sized member companies have either implemented or plan to implement a raise in wages in fiscal 2022. This was a rise of 9.5 points from 41.4% at the time of a similar survey in June 2021.

Of those companies implementing wage increases, 13.7% saw it as a “positive measure” to improve business, a result which reflected little change to the previous year’s survey. In contrast, the percentage of companies that were implementing wage increases as a “protective measure” in order to secure human resources or as a response to rising prices increased by 6.9 points to 37.2%. 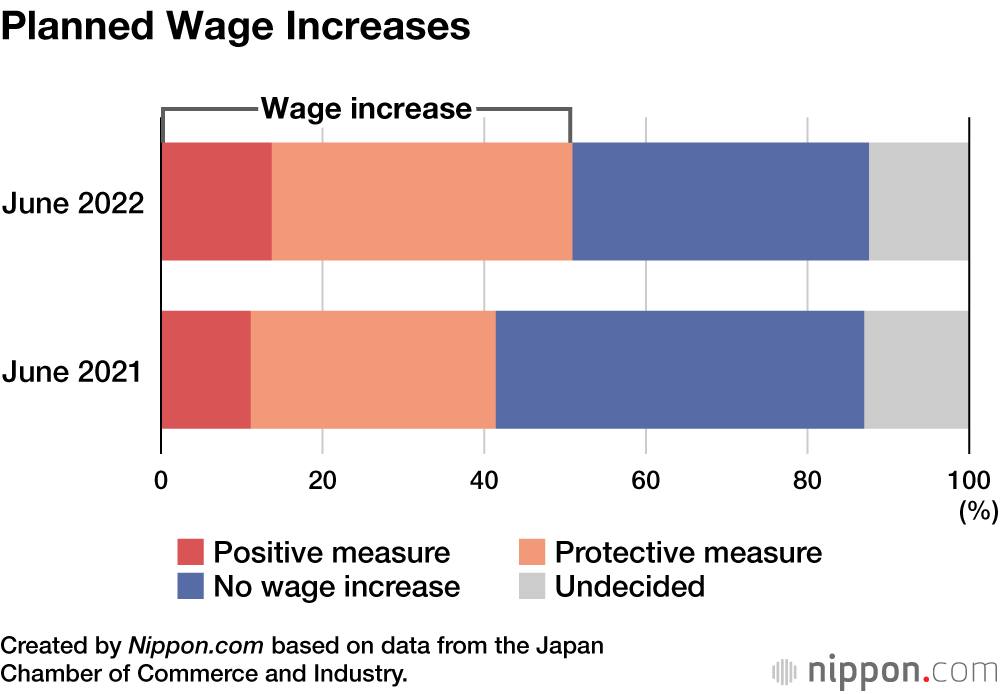 Asked why they were increasing wages, with multiple responses possible, the most common reason at 91.4% was “recruitment, retainment and motivation of personnel.” “Price rises” saw a significant rise of 18.4 points from the December 2021 survey to 29.2%. Comments from JCCI member companies included “if we don’t raise wages, we can’t secure human resources” and “we need to increase base pay and introduce new benefits to retain employees.” 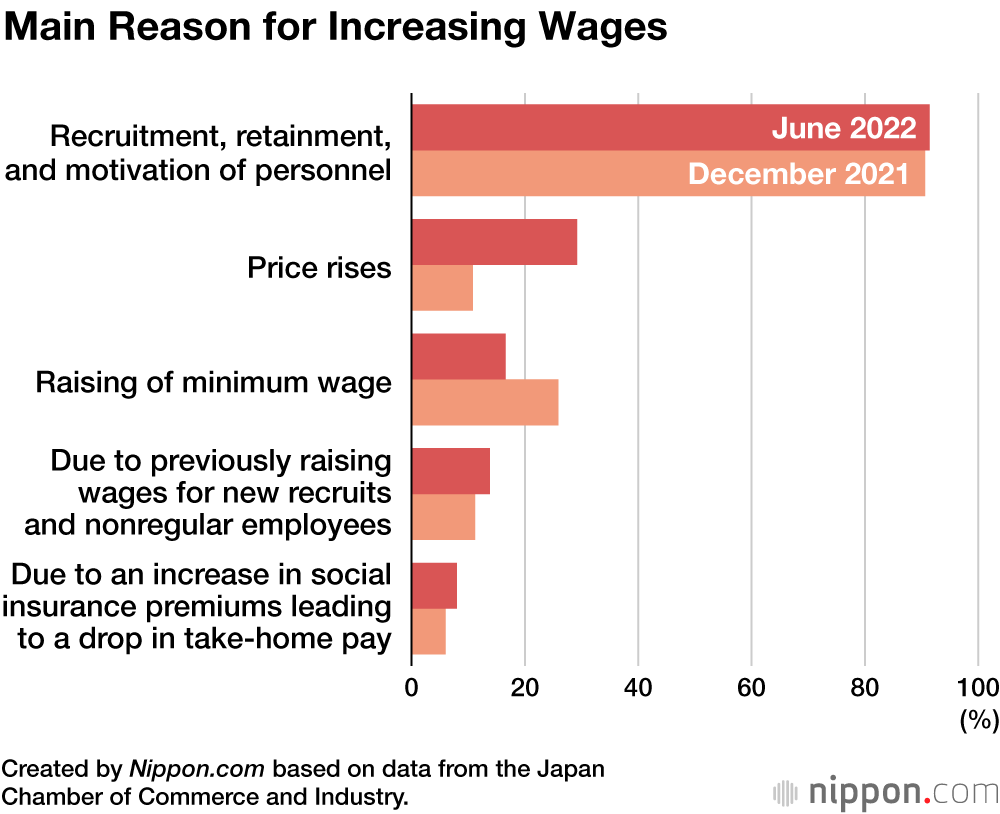 Among companies currently holding back from raising wages, 76.9% gave the “uncertain business conditions and economic situation” as their main reason for their stance and 44.1% said it was due to “no visible improvement in business performance.” Some lamented being hampered by COVID-19 loan repayments. 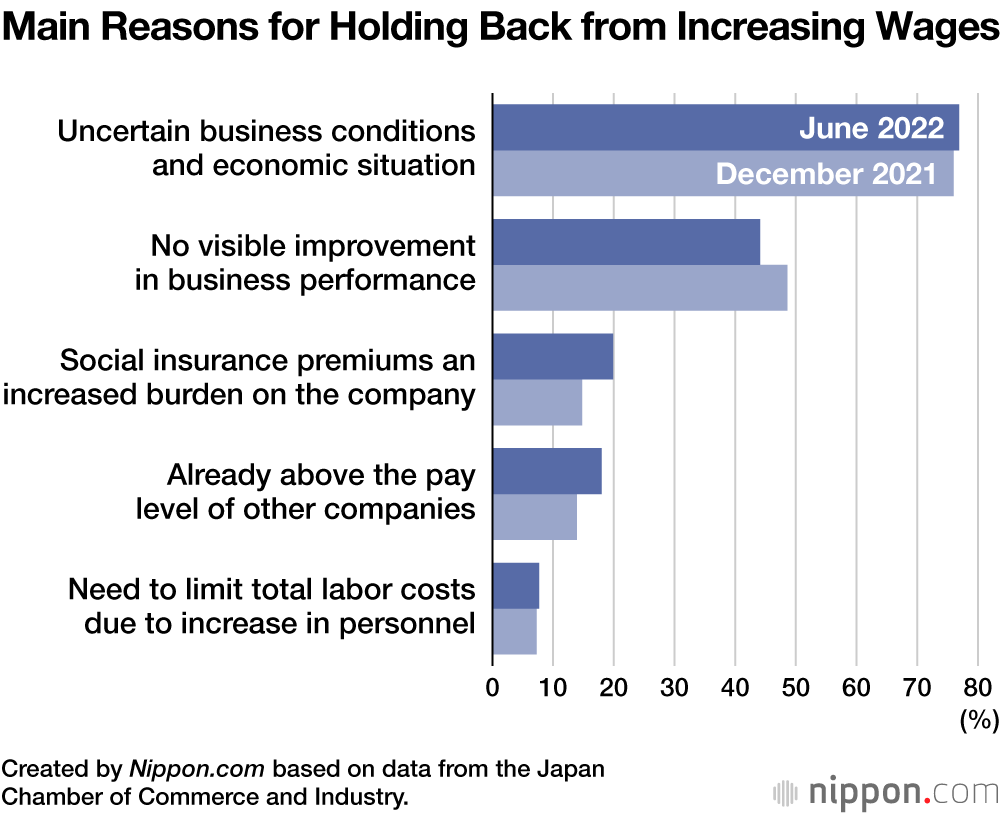 The survey, conducted nationwide in mid-June 2022, targeted companies that are JCCI members and received 2,063 valid responses.