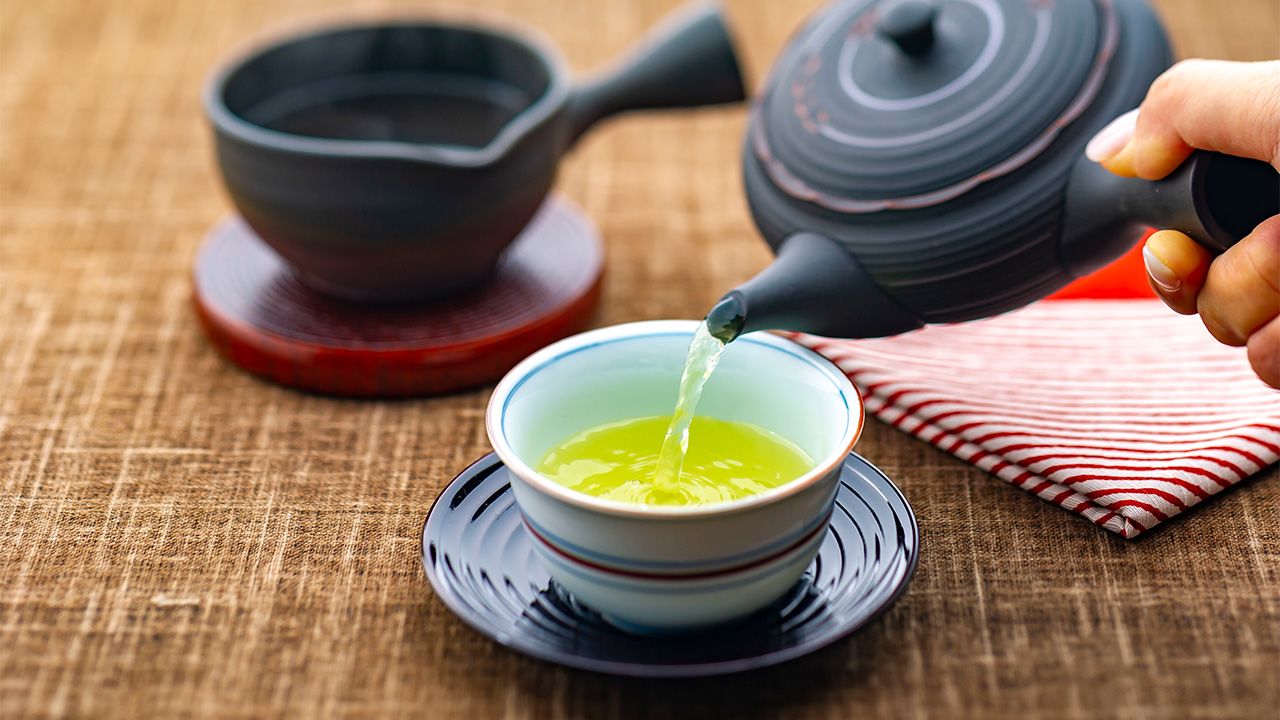 Japan’s Many Varieties of Green Tea

Culture Food and Drink Jul 28, 2022
Whether brewed in a teapot or bottled, green tea is an indispensable part of Japanese life. There are a surprising number of varieties, so here is a guide to some of these based on how they are cultivated and processed.

This is the most common type of green tea available. The leaves are steamed and then rolled and massaged while they are dried. They are shaped like fine, twisted needles. This tea has a good balance of umami flavor and bitterness.

The fresh leaves are steamed around two to three times longer than for regular sencha, so when it is brewed, the tea becomes a vivid dark green. It tastes less astringent than sencha and has a sweet flavor.

This is cheaper than regular sencha because it uses materials harvested later in the season, such as buds that have grown and hardened or tea leaves gathered from late summer onward. It is popular among seniors for its lighter, less astringent taste.

Guri or tama refers to a round shape and this tea gets its name because instead of processing the sencha to shape the leaves like fine needles, it is redried so the leaves are curled. This method is commonly used in the Izu region of Shizuoka Prefecture. This name is also used in Kyūshū for a type of sencha that is made by roasting fresh leaves in a large iron pot without steaming them. The heating time is longer and the tea tastes less astringent.

This type of tea is cultivated by covering new buds for about twenty days with bamboo screens or lawn cloth to block out direct sunlight. This creates a tea with low astringency and a deep umami flavor. Due to being covered, it also has a characteristic scent similar to seaweed. It is brewed at a lower temperature and for a longer period than regular green tea. 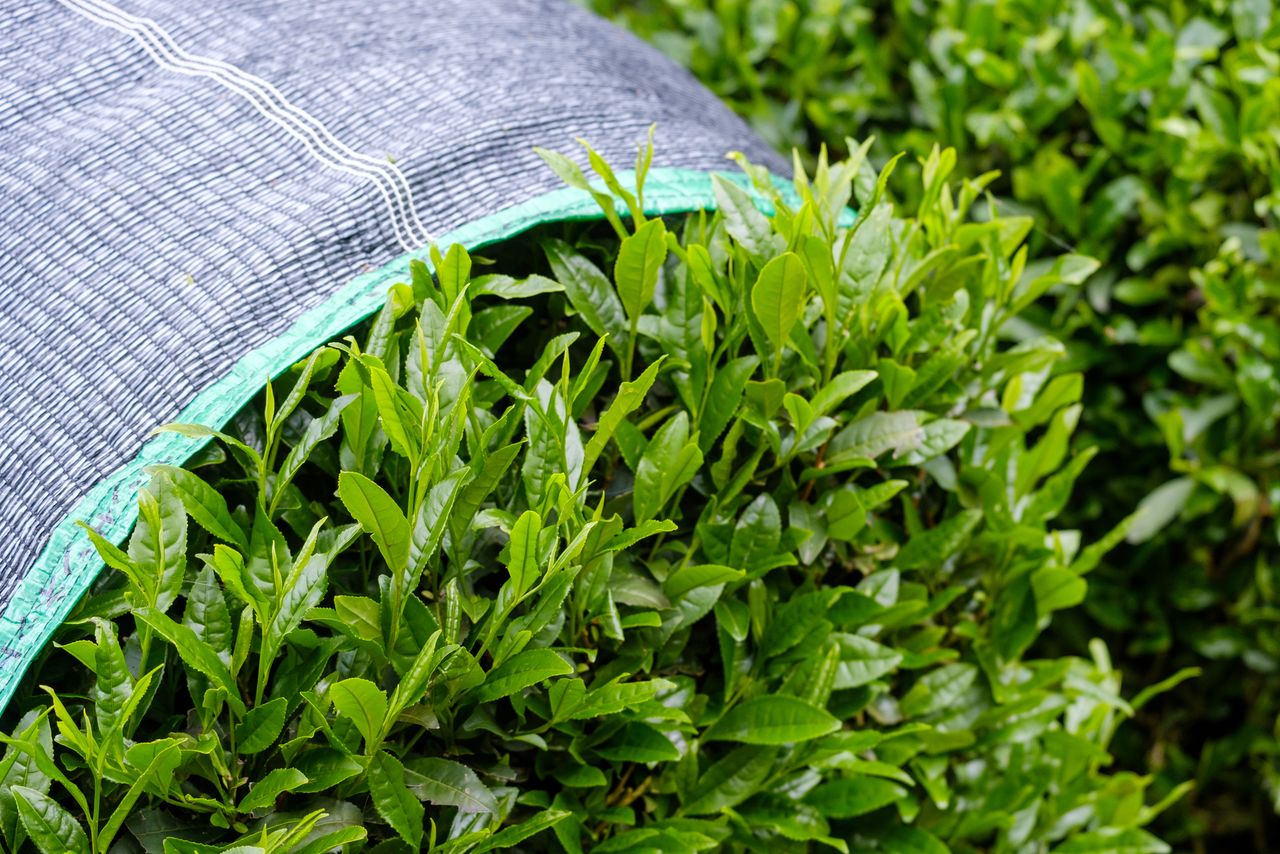 This tea is cultivated by covering it for approximately one week, a shorter period than for gyokuro. Taste-wise, it is partway between sencha and gyokuro.

For this tea, the leaves, which have been cultivated in the same way as gyokuro by covering them, are steamed and dried without rolling or massaging. The stems and veins are then removed so there are just leaf fragments remaining. Ten means to grind with a mortar. Ground tencha is the matcha that is used in tea ceremonies. 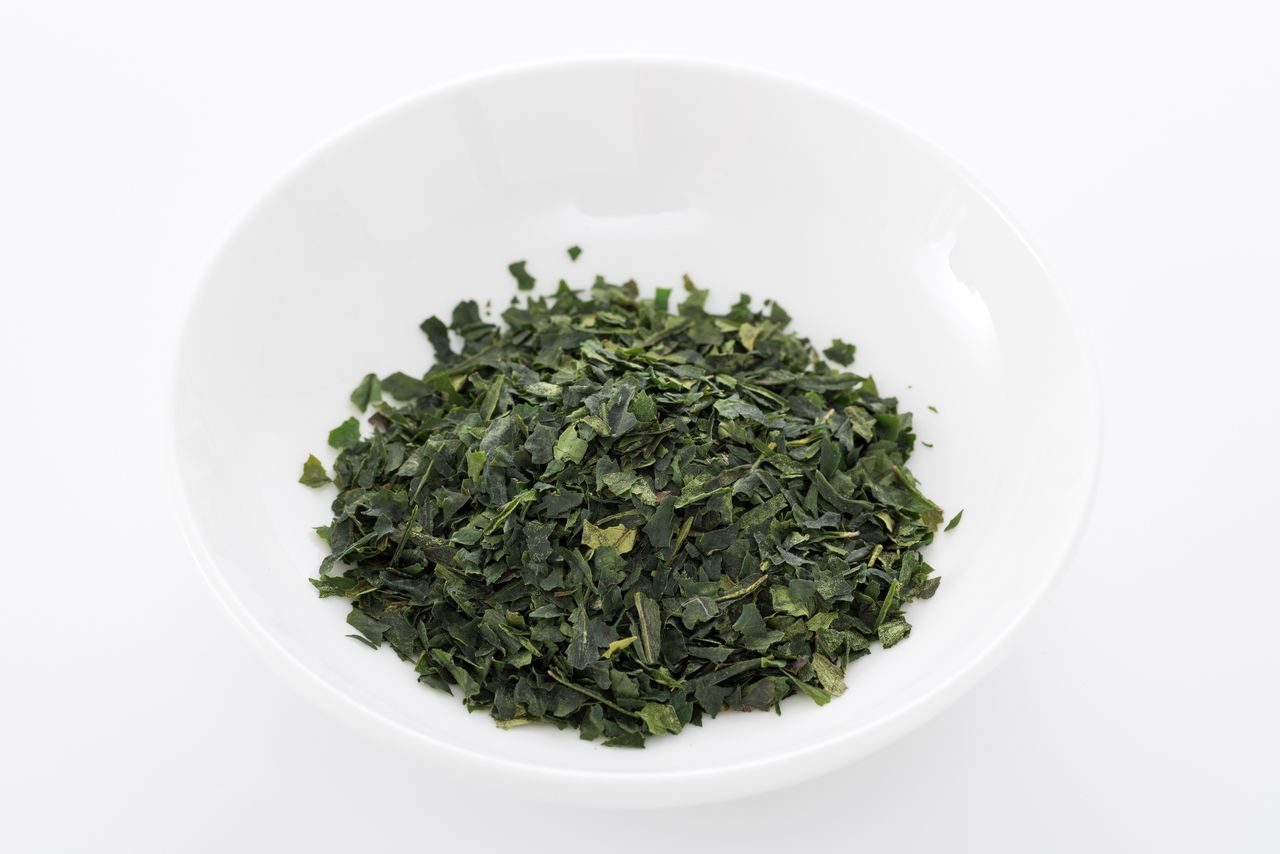 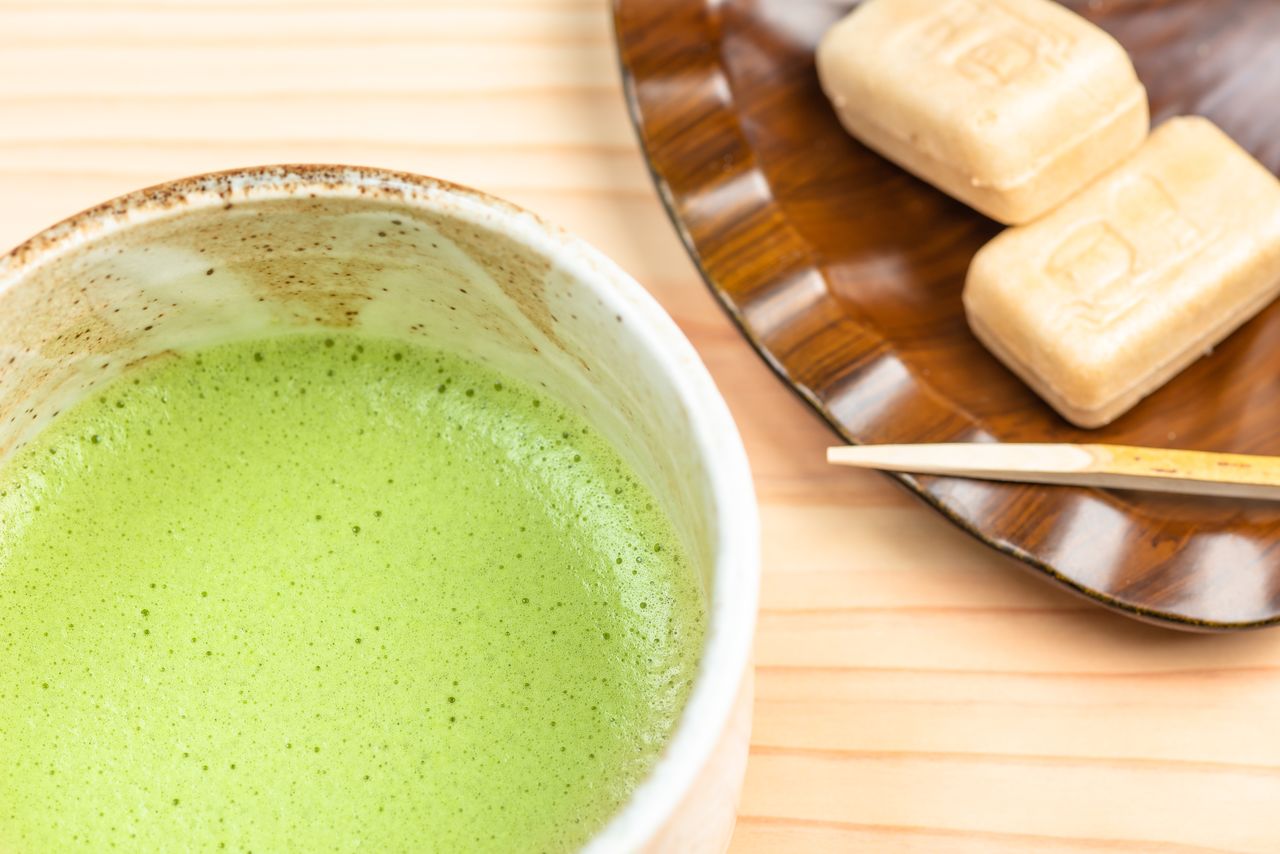 This is tea made from stems that have been separated from the new buds in the sorting machines during the manufacturing process. It has a characteristic refreshing taste. Kukicha made from gyokuro or high quality sencha is known as kariganecha or alternatively shiraorecha and is greatly prized. 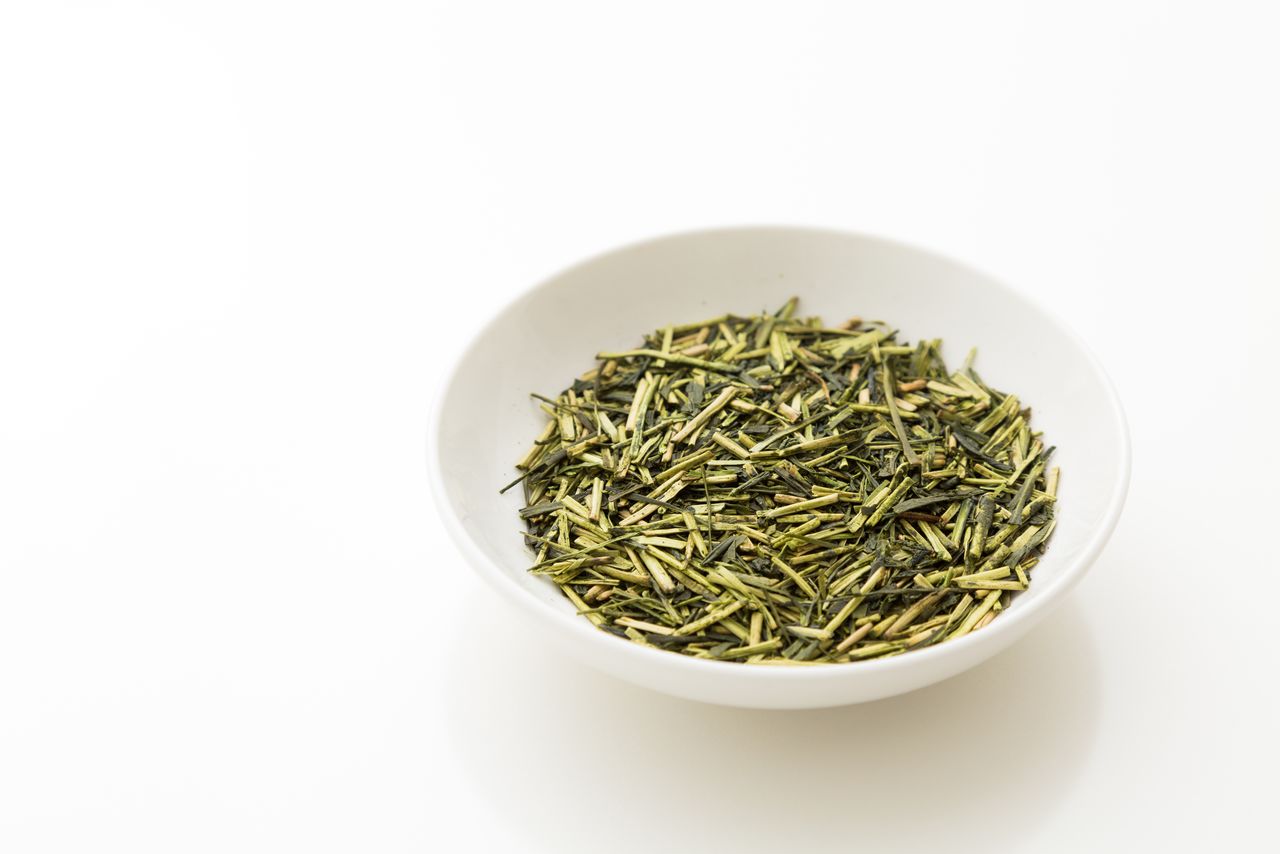 These are powdered leaves created during the manufacturing process for sencha and gyokuro. This tea can be found at sushi restaurants where it is called agari. It can be drunk easily by pouring hot water over the tea using a tea strainer instead of brewing it in a teapot.

This is created by roasting sencha, bancha, or other types of tea over a high heat. It has a distinctive fragrant aroma. As it has less caffeine, it is fine to drink before bedtime. 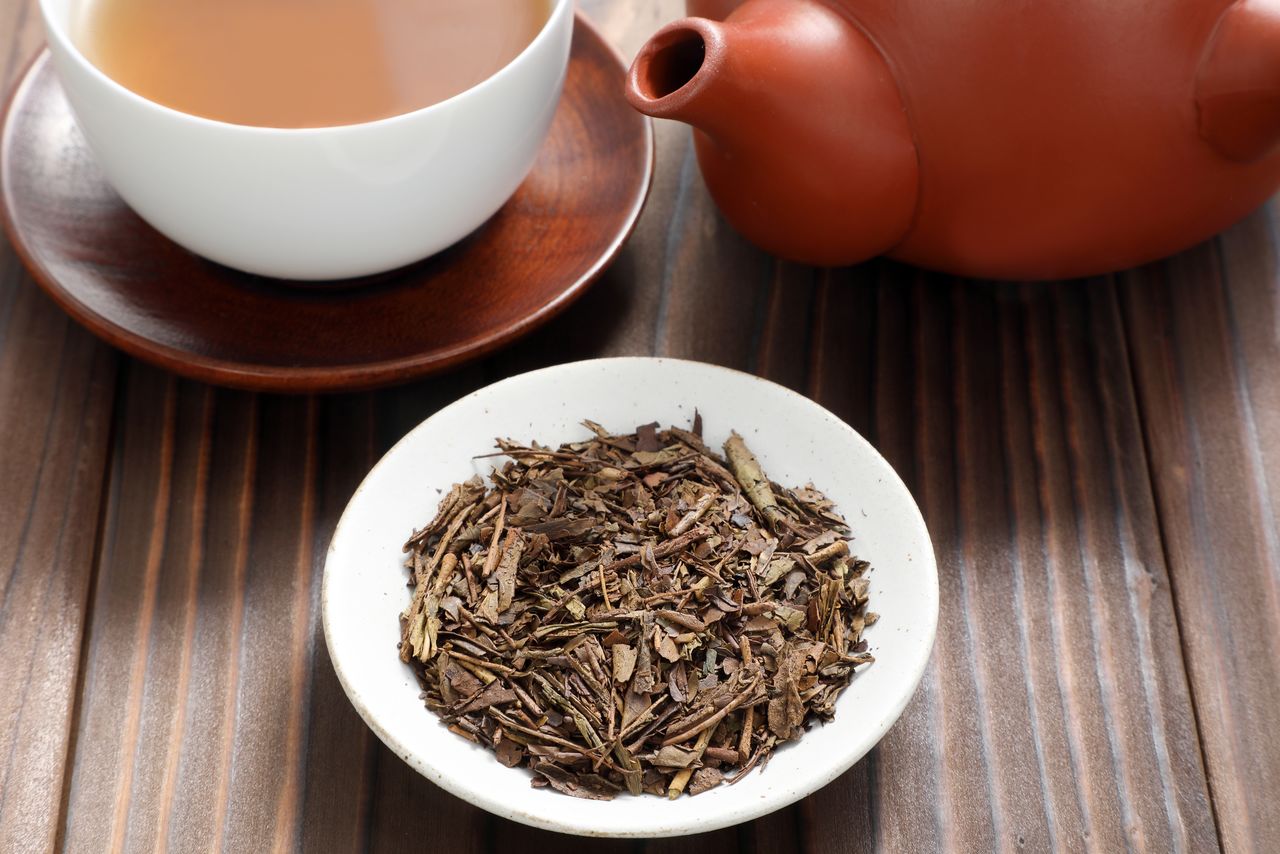 This is kukicha that has been roasted, and it is said to have originated in Kanazawa, Ishikawa Prefecture. It became well known after a major beverage manufacturer used it to develop a bottled product. (The name is simply local dialect for kukicha, so even if the tea is unroasted, it may sometimes go by this name). 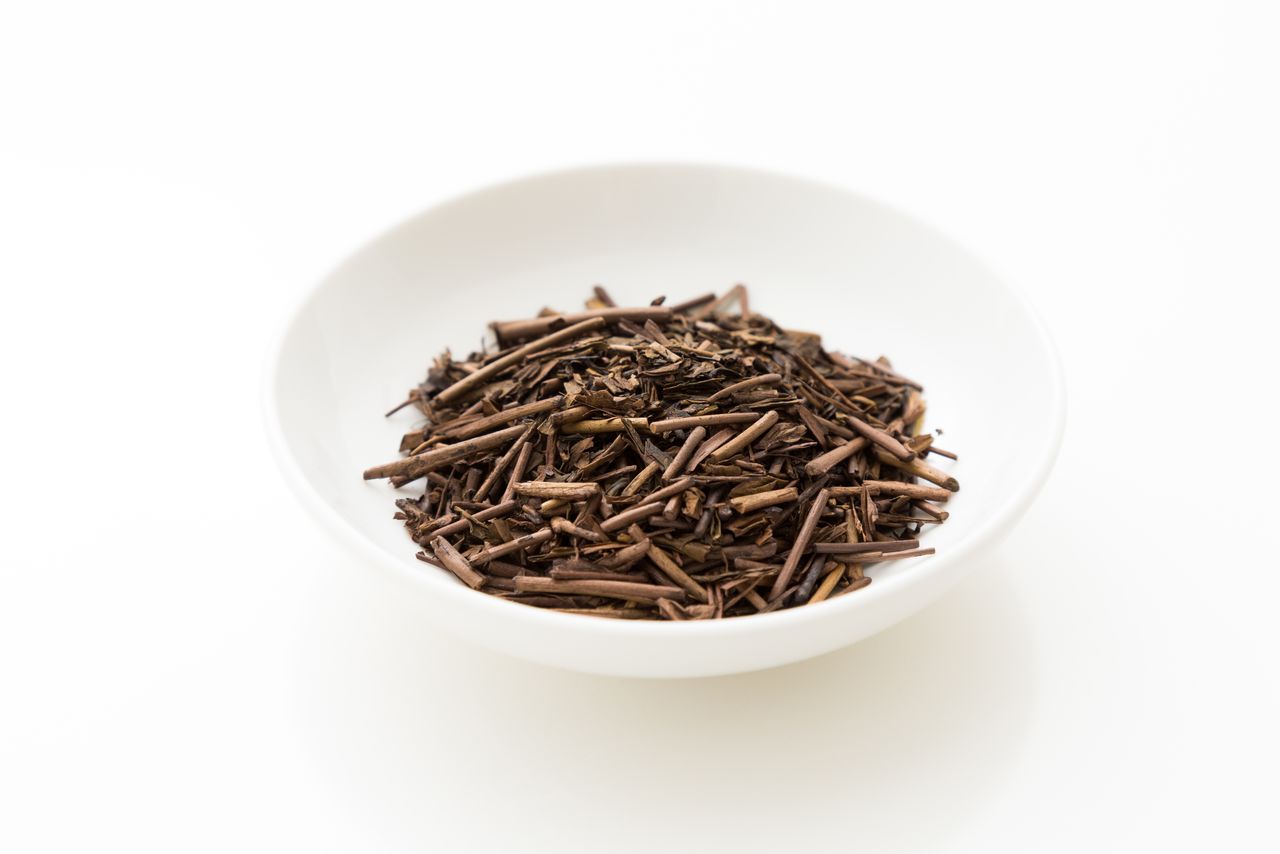 This is a blended tea using sencha and bancha with added brown rice that has been roasted over a high heat. If very hot water is used for brewing, it enhances the aroma of the brown rice. 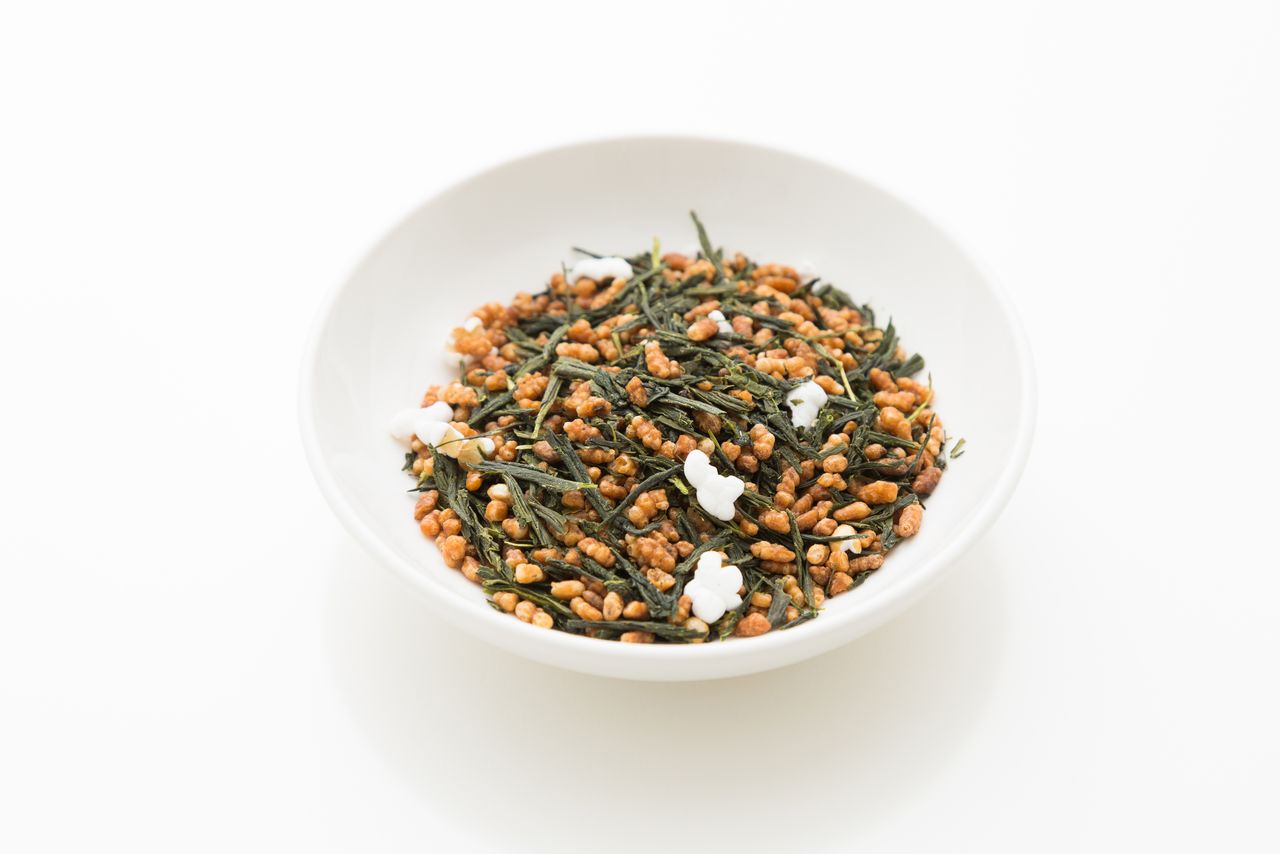