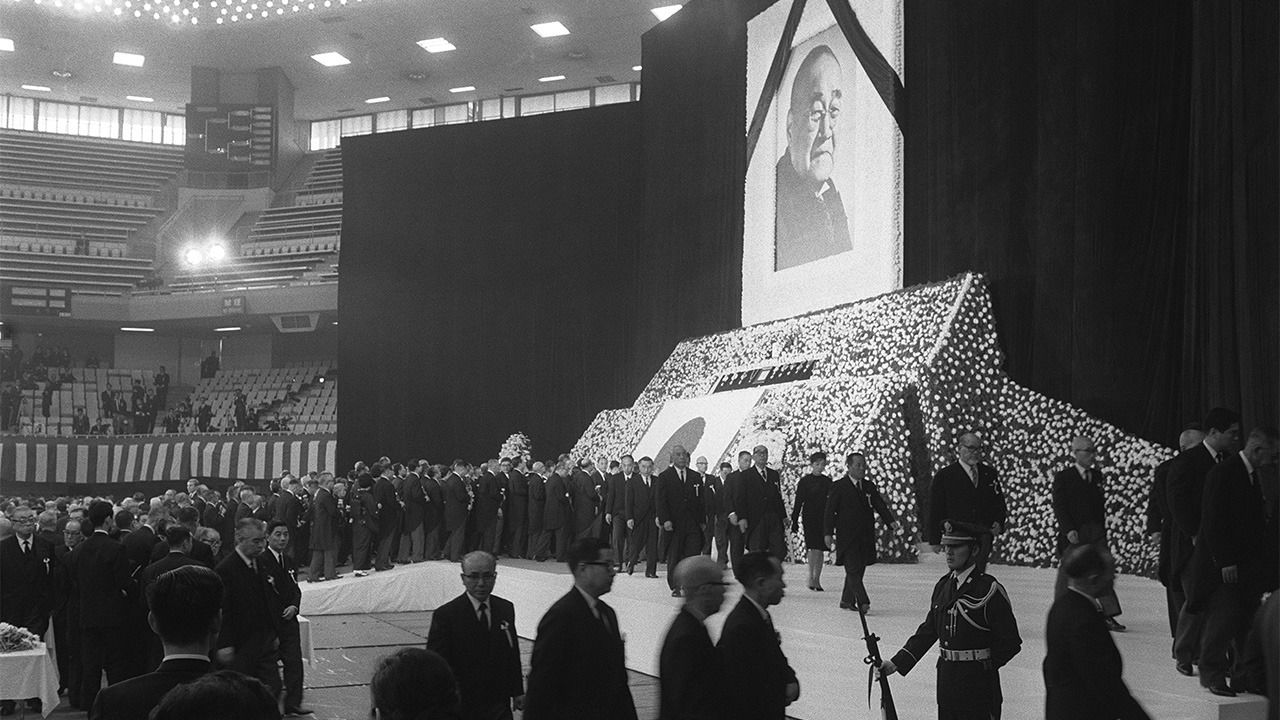 Politics Society Aug 5, 2022
The government will hold a state funeral at the Nippon Budōkan in Tokyo on September 27 for former Prime Minister Abe Shinzō, who was fatally shot during an election campaign speech in Nara. This will be the second state funeral for a former prime minister since the end of World War II, following the one held for Yoshida Shigeru.

The government has decided to hold a state funeral at the Nippon Budōkan in Chiyoda, Tokyo, on September 27 for former Prime Minister Abe Shinzō, who died after being shot during a House of Councillors campaign speech in Nara. It will be the second state funeral held for a former prime minister since World War II, following Yoshida Shigeru’s funeral in 1967.

Prior to World War II, the State Funeral Order promulgated in 1926 accorded state funerals be held for members of the imperial family, former prime ministers, and high-ranking military personnel. That order was abolished after the war, but when Yoshida Shigeru died in 1967, the Cabinet of Satō Eisaku, the prime minister at the time, made the decision to hold a state funeral. At the time of Satō’s demise, a public funeral was held, jointly funded by the government, the Liberal Democratic Party, and public voluntary donations.

Since Ōhira Masayoshi’s death in 1980, the custom has been to give former prime ministers a funeral held jointly by the cabinet and the LDP. The most recently held funeral, which was for Nakasone Yasuhiro in 2020, provoked criticism from opposition parties due to the use of ¥96.4 million of public funds.

Takeshita Noboru, who passed away in June 2000, had already expressed his wishes to have a simple funeral in his hometown of Kakeya, Shimane Prefecture, and this was held jointly by the town and the LDP prefectural chapter. In the case of Tanaka Kakuei, who was convicted in connection with the Lockheed bribery scandals, his funeral was jointly held by the Tanaka family and the LDP, with no involvement by the cabinet.

At a press conference on July 14, Prime Minister Kishida Fumio announced that Abe would be given a state funeral, the first in 55 years. He cited several reasons for that decision, such as the fact that Abe had been Japan’s longest serving prime minister in the history of the country’s constitutional government with a term of eight years eight months, and his achievements in domestic and foreign affairs, including reconstruction efforts after the 2011 Great East Japan Earthquake, his strengthening of Japan-US relations, and the high praise he had received from the international community.