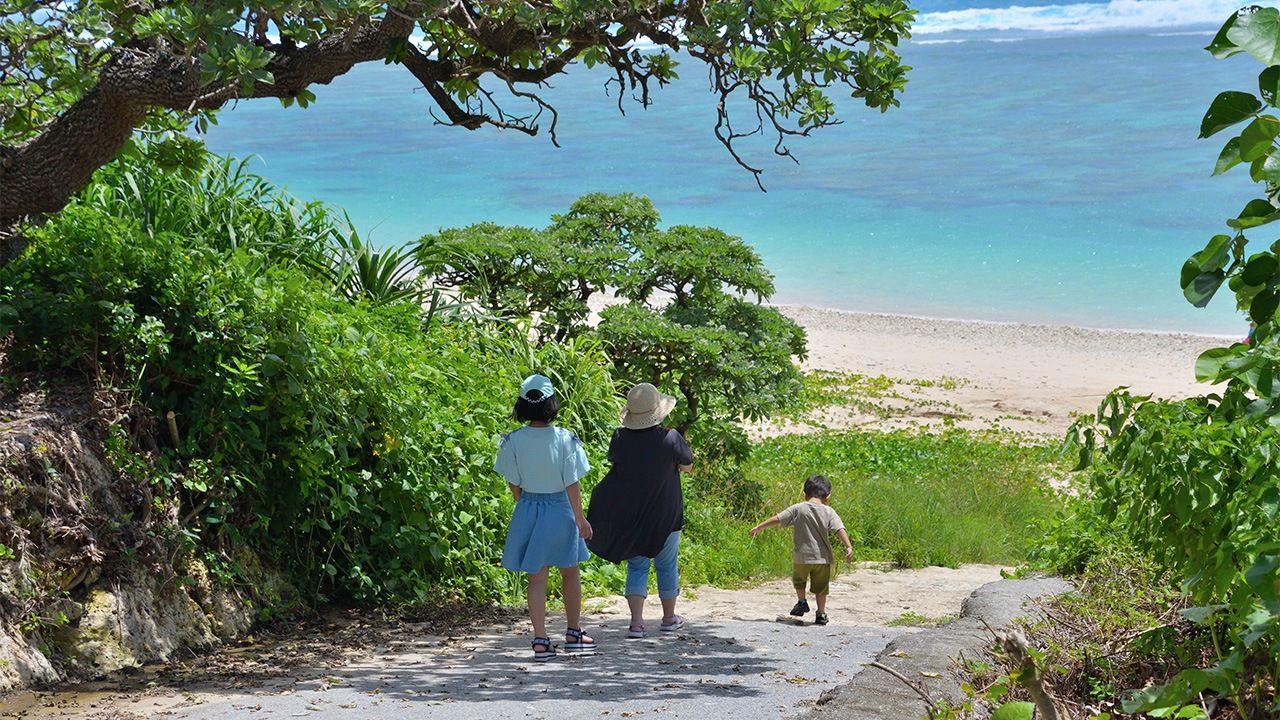 Lifestyle Aug 4, 2022
A survey on regional sustainability conducted by the Brand Research Institute found that Okinawa was the top-ranked prefecture for the second year running for the level of happiness among its residents.

Okinawa Prefecture topped the happiness scale for the second consecutive year according to the Brand Research Institute’s 2022 Regional Sustainability Survey, which aims to promote regional sustainability among residents of Japan’s 47 prefectures. The survey was conducted in late May, targeting people aged 15 and older, with around 500 valid responses from each prefecture and a total of 23,000 responses.

When asked, “Are you happy?” 41.8% of Okinawa residents reported being “very happy” and 36.2% “somewhat happy.” In contrast to that combined total of nearly 80% contented residents, there were relatively few negative responses, with just 2.6% describing themselves as “not happy at all” and 5.3% as “not so happy.”

Many of the top-ranked prefectures are located in western Japan, including second-place Kagoshima and third-place Miyazaki. Meanwhile, prefectures in the Tokyo area were at the bottom of the ranking, including Tokyo in 46th place, Kanagawa in 45th place, and Chiba in 44th place. The color-coded map clearly shows a trend toward greater happiness in the west than in the east. 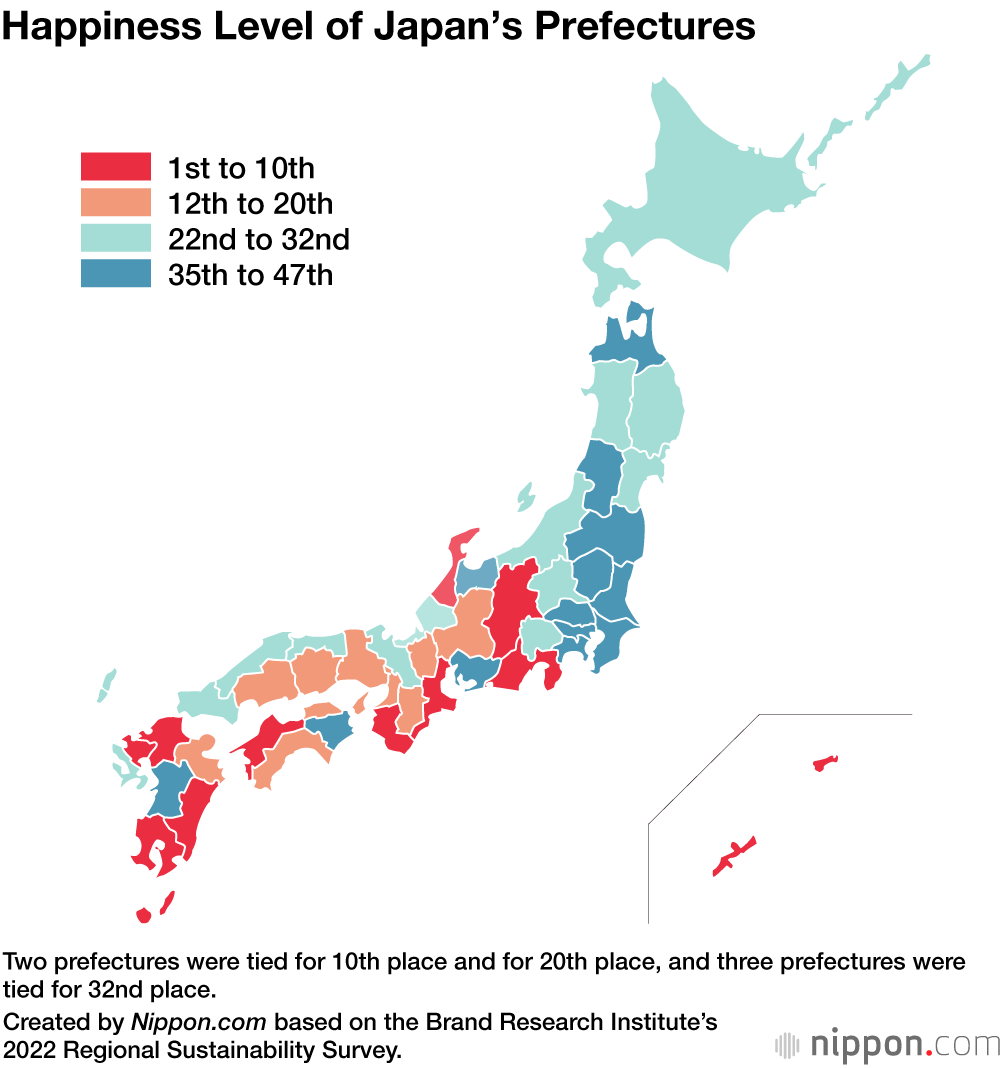