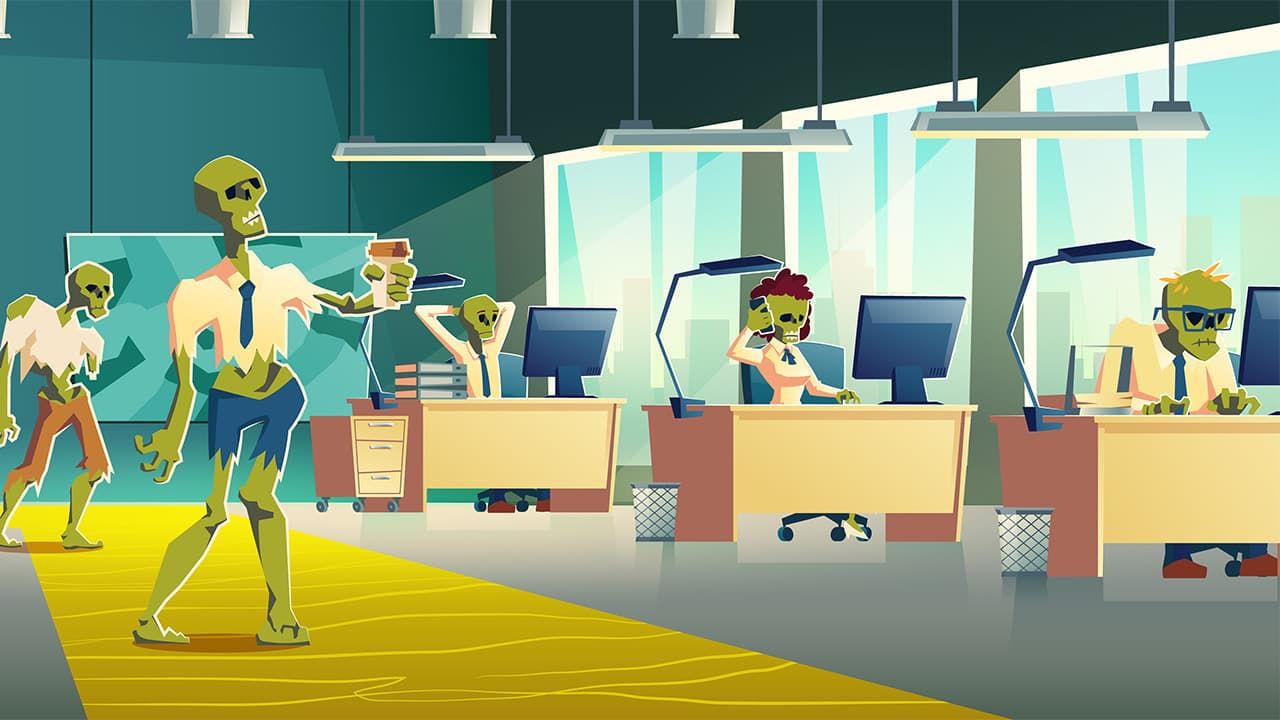 Economy Aug 9, 2022
Loans to meet financial difficulties caused by the COVID-19 pandemic were necessary to support many businesses in Japan, but they also led to a rise in the number of “zombie companies.”

Companies that continue to operate despite being in a state of bankruptcy, such as not making requisite payments, being insolvent due to accumulated losses, or having excess debt and repeatedly rescheduling repayments, are known as “zombie companies.”

The Bank for International Settlements defines zombie companies as being at least 10 years old, and having an interest coverage ratio of less than one for at least three consecutive years. Based on these standards, Teikoku Databank calculated that the rate of zombie companies in Japan in fiscal 2020 was 11.3%, or 165,000.

After the global financial crisis began in 2008, many companies were able to continue operating due to the introduction of the SME Finance Facilitation Act in 2009, which meant that, as of 2011, the number of zombie companies had risen to 273,000. Although they gradually decreased after that, levelling out at around 140,000 from 2016, an increase of nearly 20,000 companies was seen from 2019 through 2020 when the COVID-19 pandemic began. 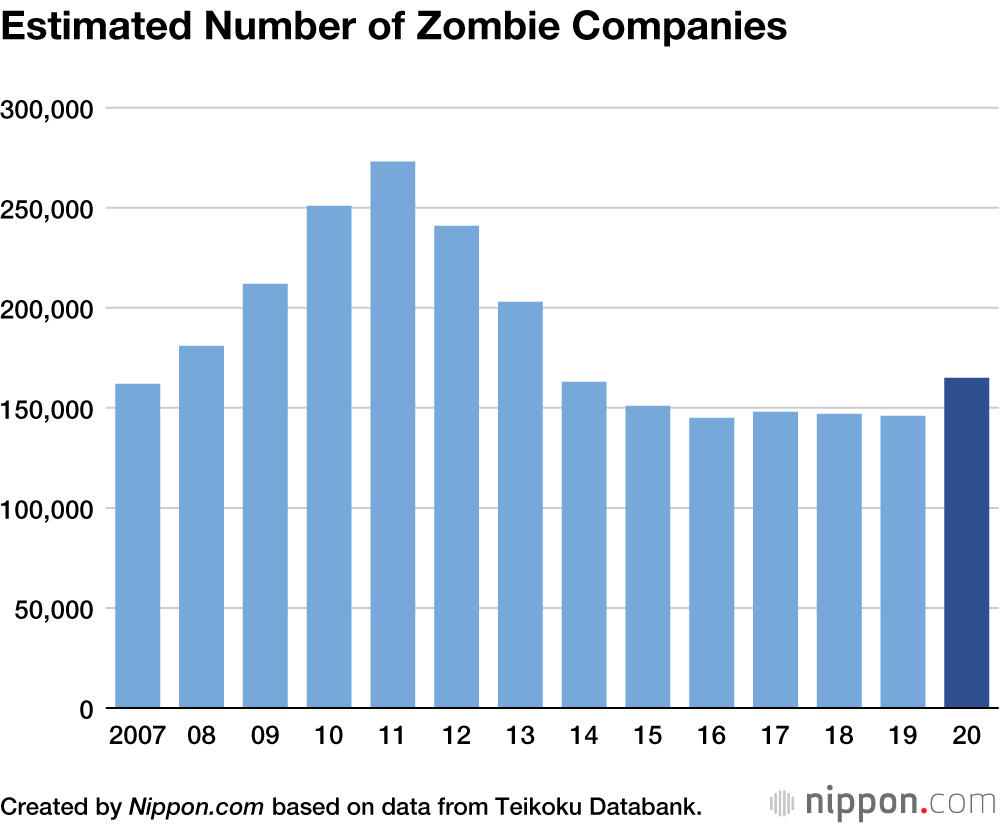 In fiscal 2020, approximately 70% of zombie companies had 20 or fewer employees and in total nearly 90% had 50 or fewer. Construction was the most common industry for such companies with 34.3%, followed by manufacturing and wholesale. 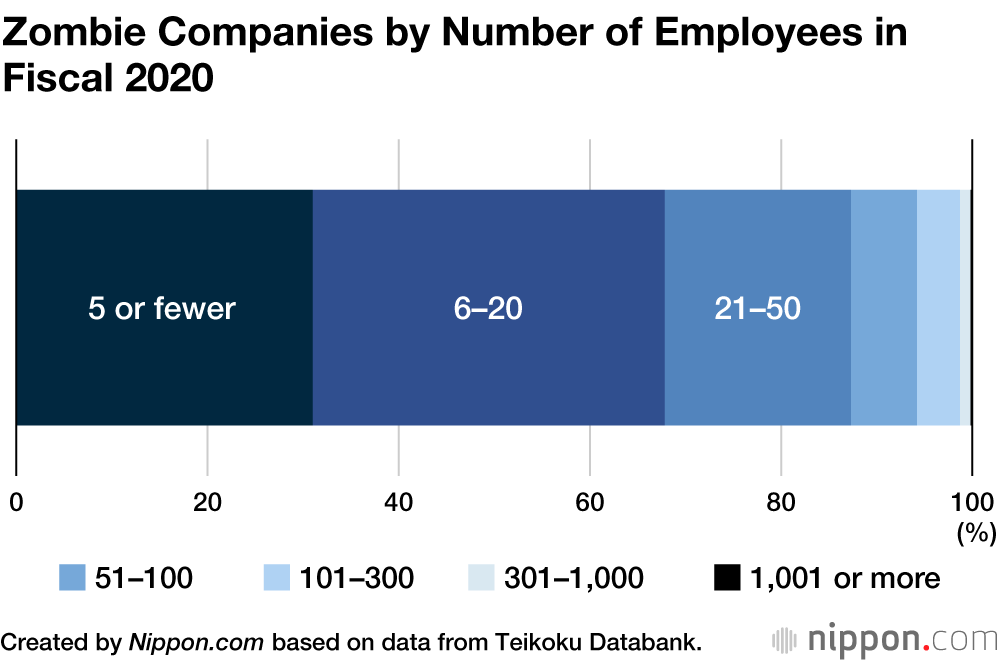 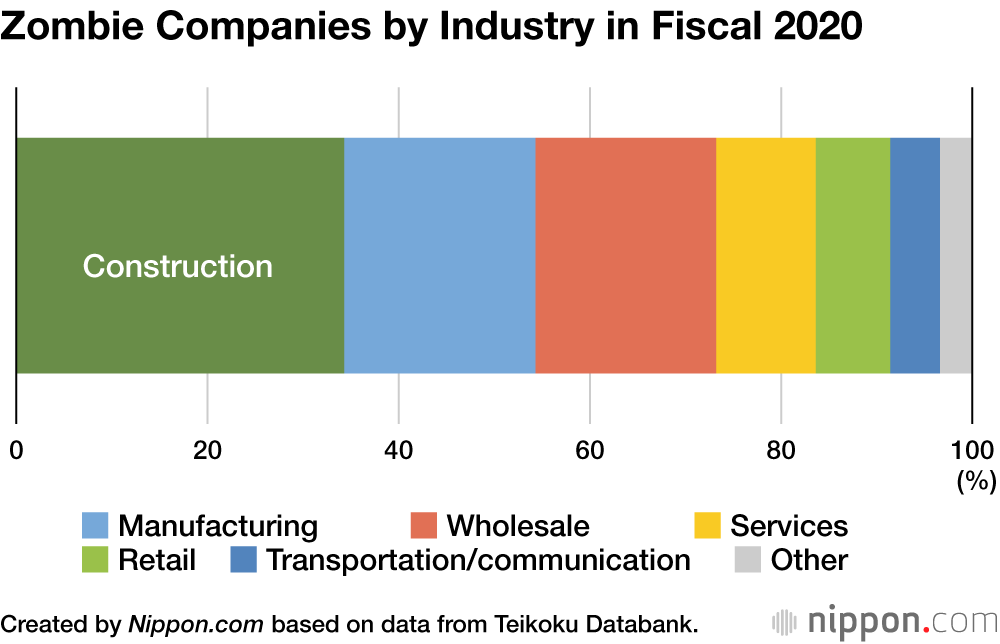 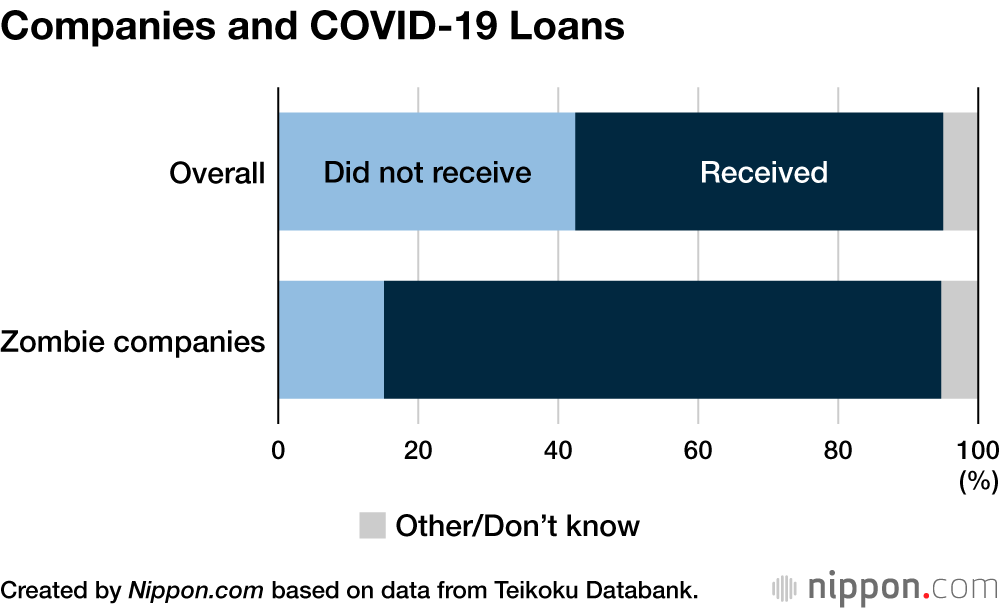 When asked about their forecasted repayment of COVID-19 loans, 9.0% of all companies were “concerned about repayments,” but this increased to 15.5% for just zombie companies. 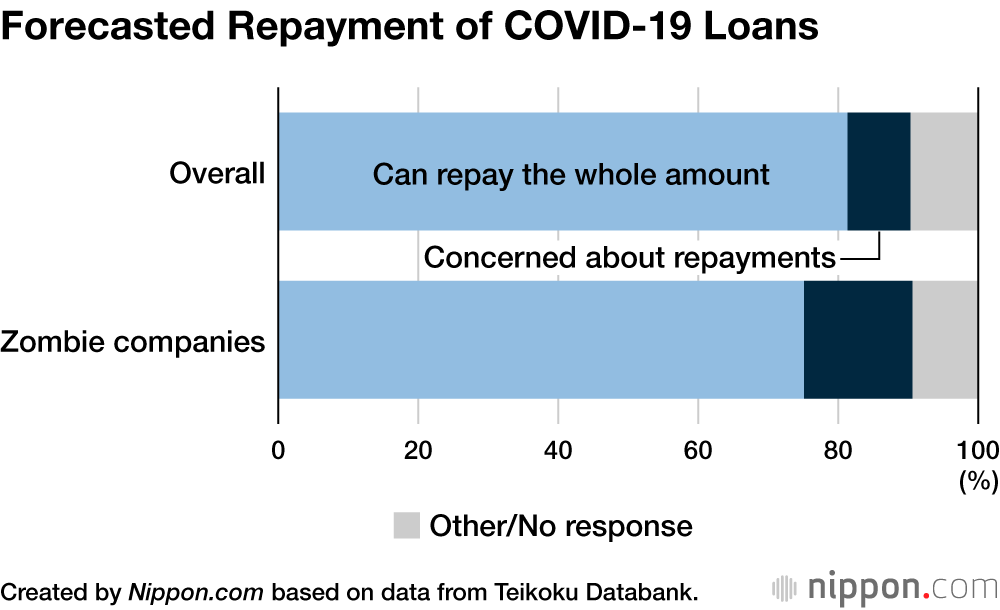