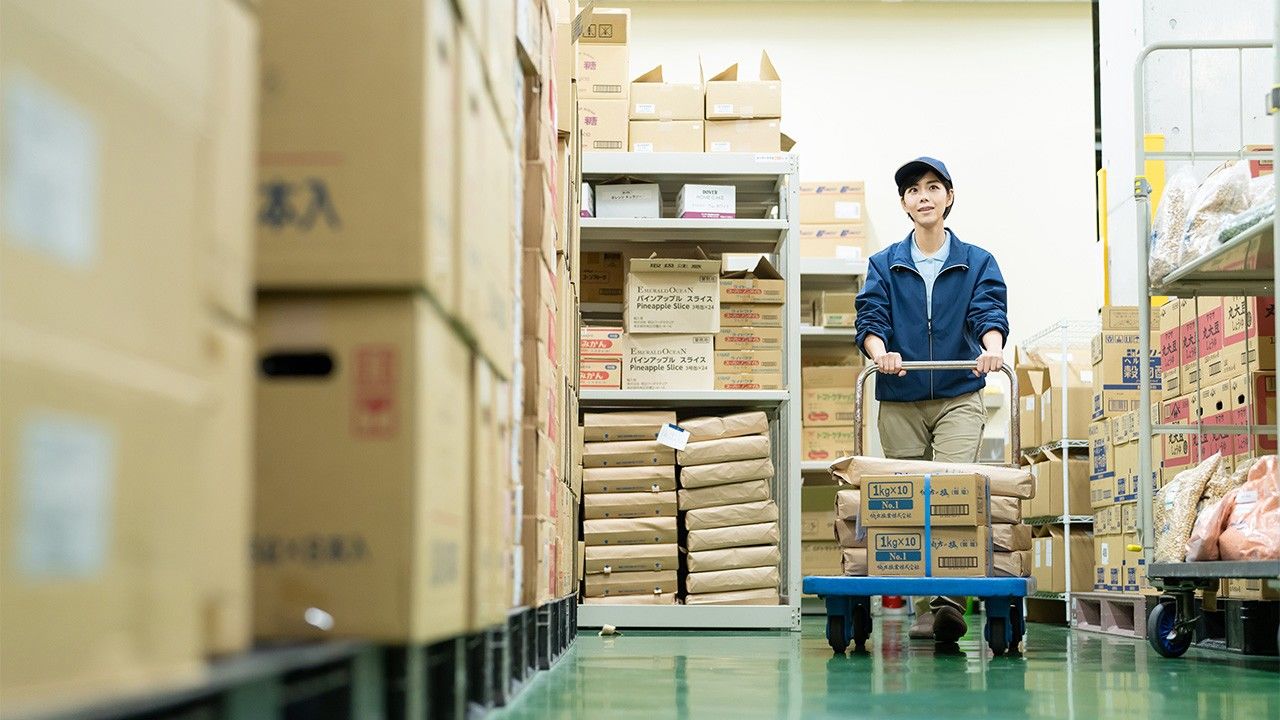 Work Economy Politics Aug 18, 2022
Japan’s minimum wage is set to increase on average by ¥31 in fiscal 2022. This will be the largest increase since Japan started recording minimum wages by the hour in fiscal 2002. However, rising inflation means any increases will be quickly spent.

As a standard, prefectures will be divided into four ranks from A to D according to their economic situation, with the minimum wage to be raised by ¥31 in the seventeen prefectures ranked A or B, while the other thirty prefectures ranked C or D would see a ¥30 rise. The council in each prefecture will decide the exact amount of the wage increase based on guidelines and that new minimum wage will be introduced from around October.

The Ukraine crisis and the depreciation of the yen have led to a higher cost of living and workers are struggling, so both labor and management agree there is a need to increase the minimum wage. The issue is that for small and medium-sized enterprises in particular the high cost of raw materials has not been fully calculated into the prices of the products and services, creating a burden on their profits, and they are insisting that their solvency is taken into account. Four rounds of talks have been held so far, but no agreement has been reached over how much the wage increase should be and how it should be calculated, so discussions continue behind the scenes. 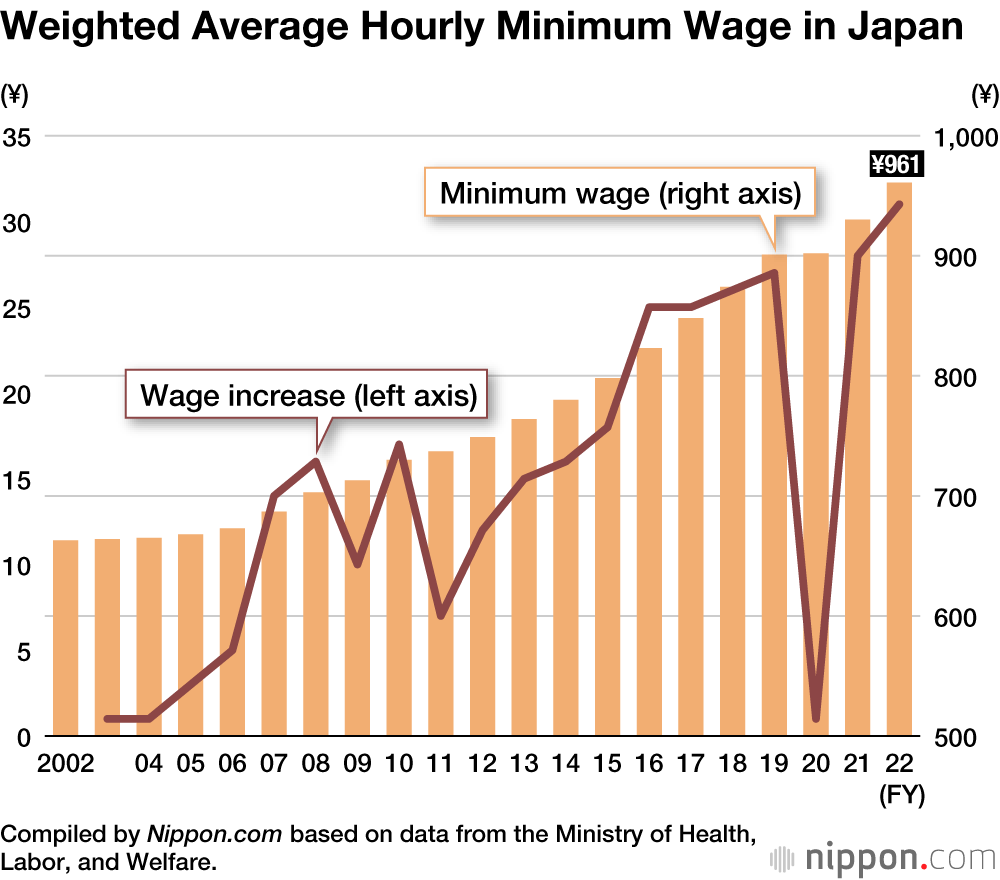 The government announced in its Basic Policy on Economic and Fiscal Management Reform, adopted through a cabinet decision in June, that it would strive to achieve a target of ¥1,000 as the national weighted average hourly minimum wage as soon as possible. The only three prefectures where it currently exceeds ¥1,000 are Tokyo (¥1,072), Kanagawa (¥1,071), and Osaka (¥1,023). Prefectures with hourly minimum wages in the higher ¥900 range (¥950–999) are limited to Saitama, Chiba, Aichi, Kyoto, and Hyōgo, all five of which are heavily urbanized. More than half of Japan’s prefectures, at 28, have hourly minimum wages of less than ¥900. 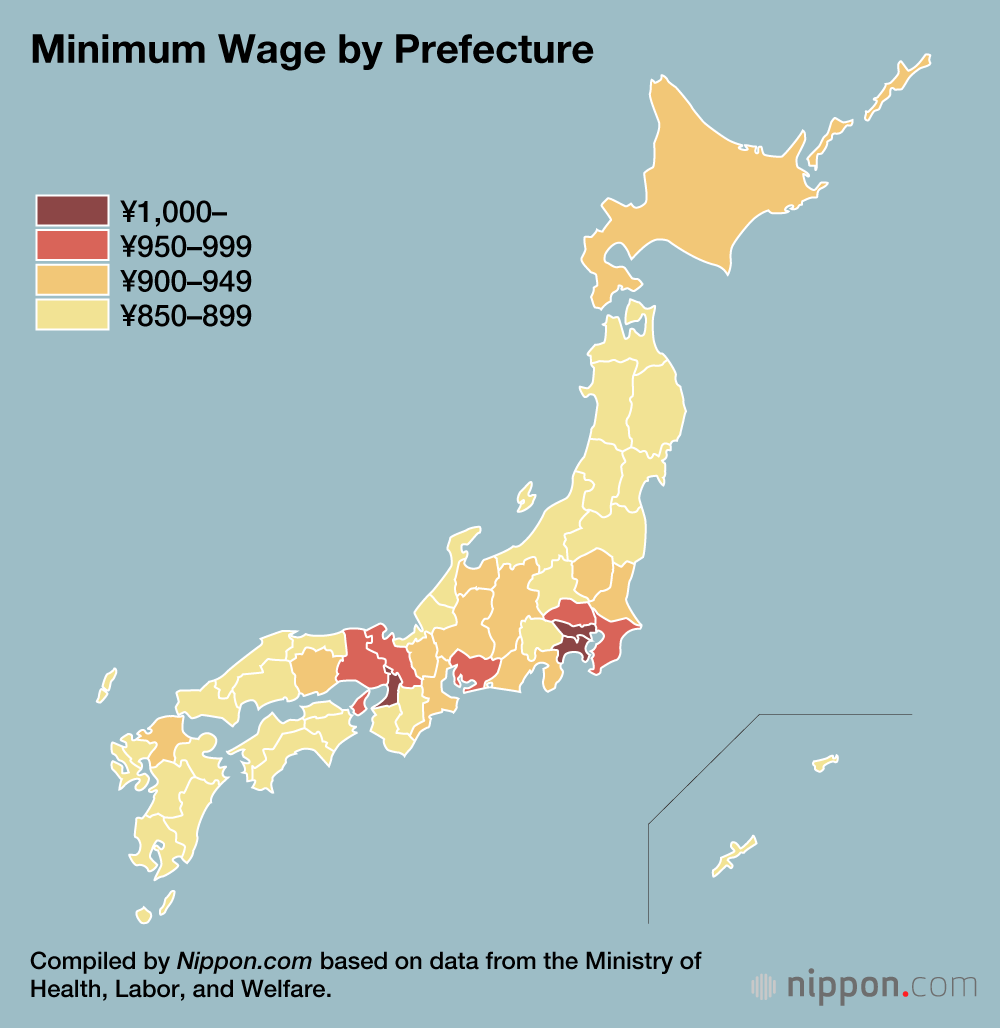