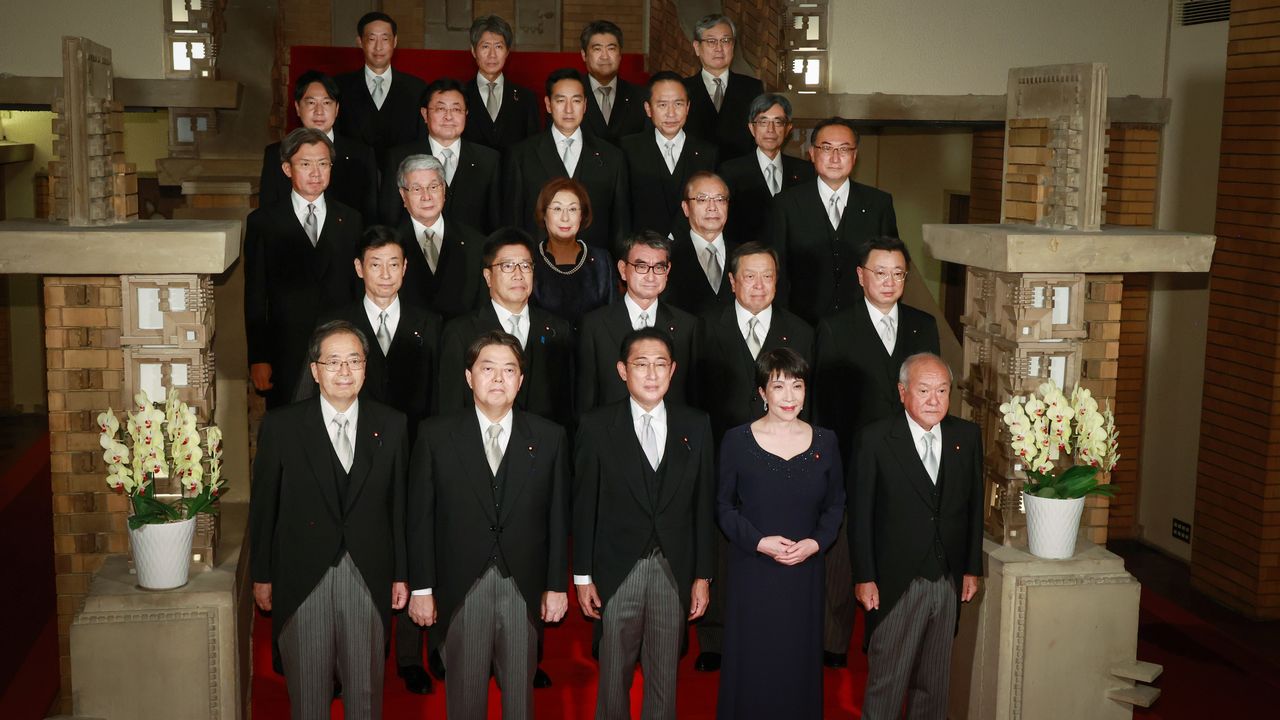 Politics Economy Aug 10, 2022
In August, Prime Minister Kishida Fumio made 14 changes in the first major cabinet reshuffle of his premiership, while retaining ministers in key positions. Further changes in October and November brought two new names to the list.

Kōno Tarō and Takaichi Sanae, who lost out to Kishida in the 2021 LDP presidential election, made their first appearances in one of his cabinets. Kishida tapped Kōno as minister of digital transformation and Takaichi, who is one of just two women in the cabinet, as minister for economic security. Hamada Yasukazu returned for a second term as minister of defense, replacing Kishi Nobuo, who has suffered health issues. Katō Katsunobu began a third stint as minister of health, labor, and welfare.

Two new members joined the cabinet in the autumn of 2022. Gotō Shigeyuki became minister for economic revitalization on October 25, replacing Yamagiwa Daishirō, who stepped down due to his connections to the Unification Church. Saitō Ken on November 11 became minister of justice, replacing Hanashi Yasuhiro, who tendered his resignation after a gaffe viewed as mocking his position.

Minister of justice (new as of November 11)

Minister of finance, minister of state for financial services (unchanged)

Minister of health, labor, and welfare

Minister for economic revitalization (new as of October 25)

(Originally published in Japanese. Banner photo: Prime Minister Kishida Fumio, at front center, poses for a commemorative photo with the members of his new cabinet at the Kantei in Tokyo on August 10, 2022. © Jiji.)