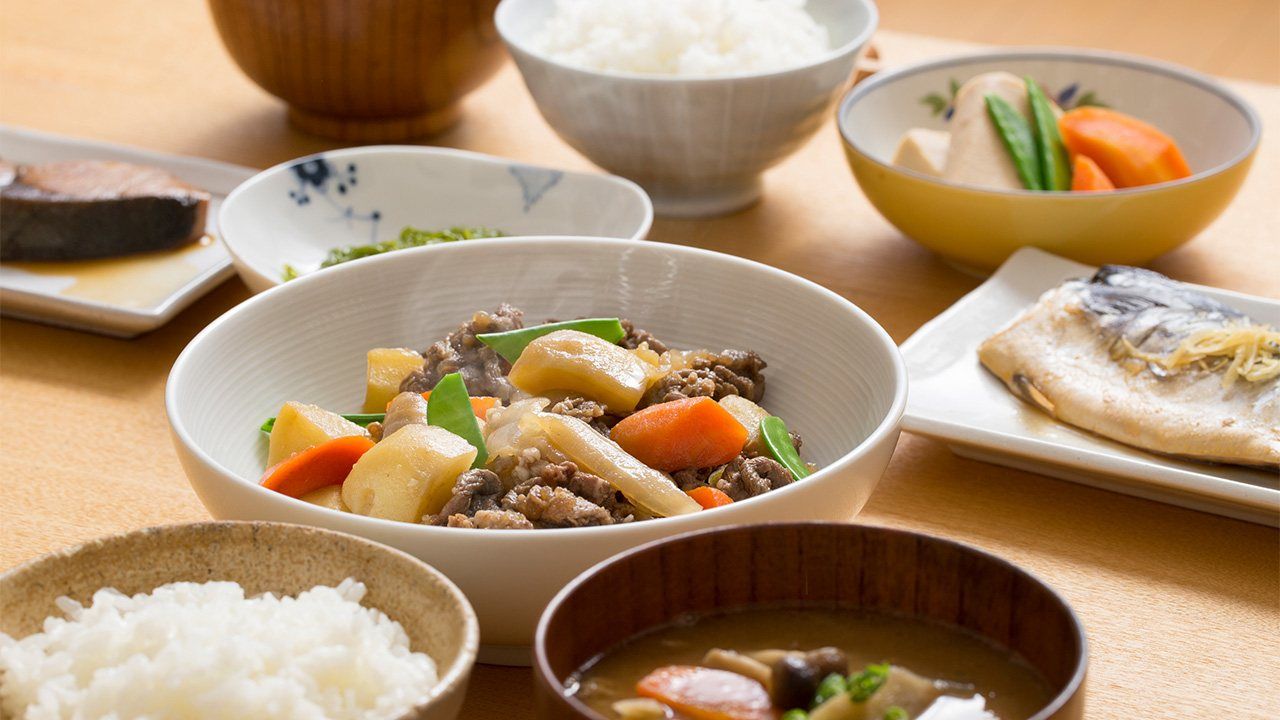 Thoughts on Side Dishes: A Japanese Survey

Food and Drink Economy Lifestyle Aug 30, 2022
A survey in Japan found that more than 90% of respondents thought the ideal meal should have at least two side dishes. In reality, however, around 50% served just one side or none at all.

In a recent survey conducted in Japan by Asahi Kasei Home Products Corporation, participants were asked what they thought was the ideal number of dishes to be served at a meal. The most common reply, with 48.5%, was a main dish plus two side dishes (three in total), followed by 29.8% saying a main dish plus three sides, and 12.1% believing it to be a main plus four sides. Over 90% in total envisioned a main dish along with two or more side dishes as being ideal.

On the other hand, when asked how many dishes they actually prepared, 11.9% only served a main dish and 36.1% had a main dish plus one side, so mealtimes for around 50% fell short of aspirations. 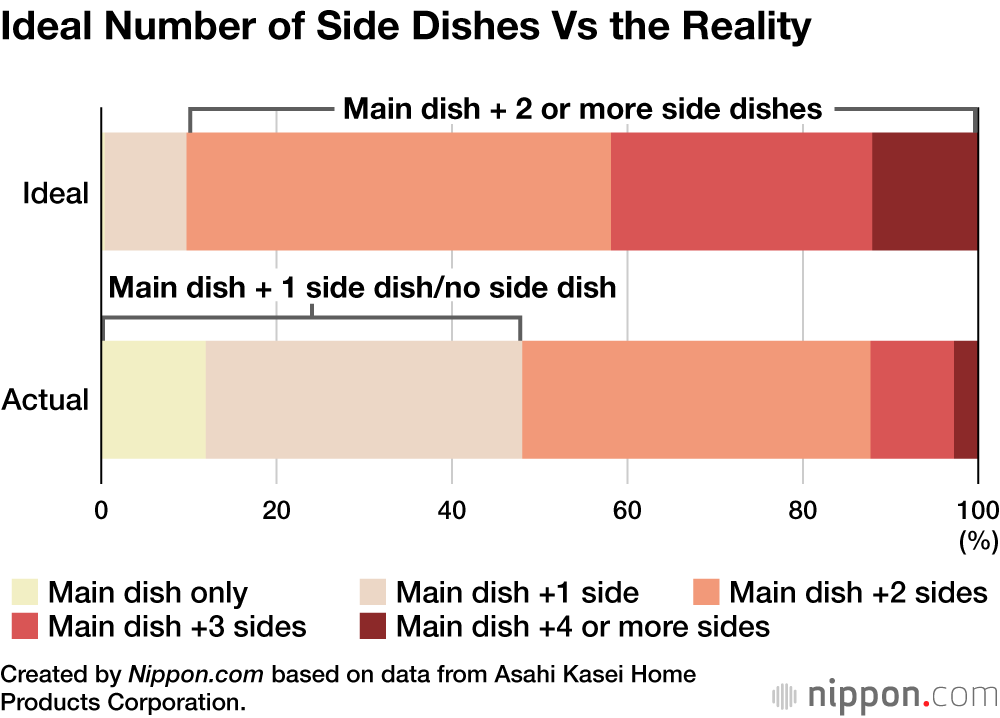 When asked how they prepared side dishes, the most common way for 50.6% was to make them “homemade on the day,” while 28.8% chose to “prepare beforehand.” Those who purchased side dishes or used frozen food both accounted for around 10%. 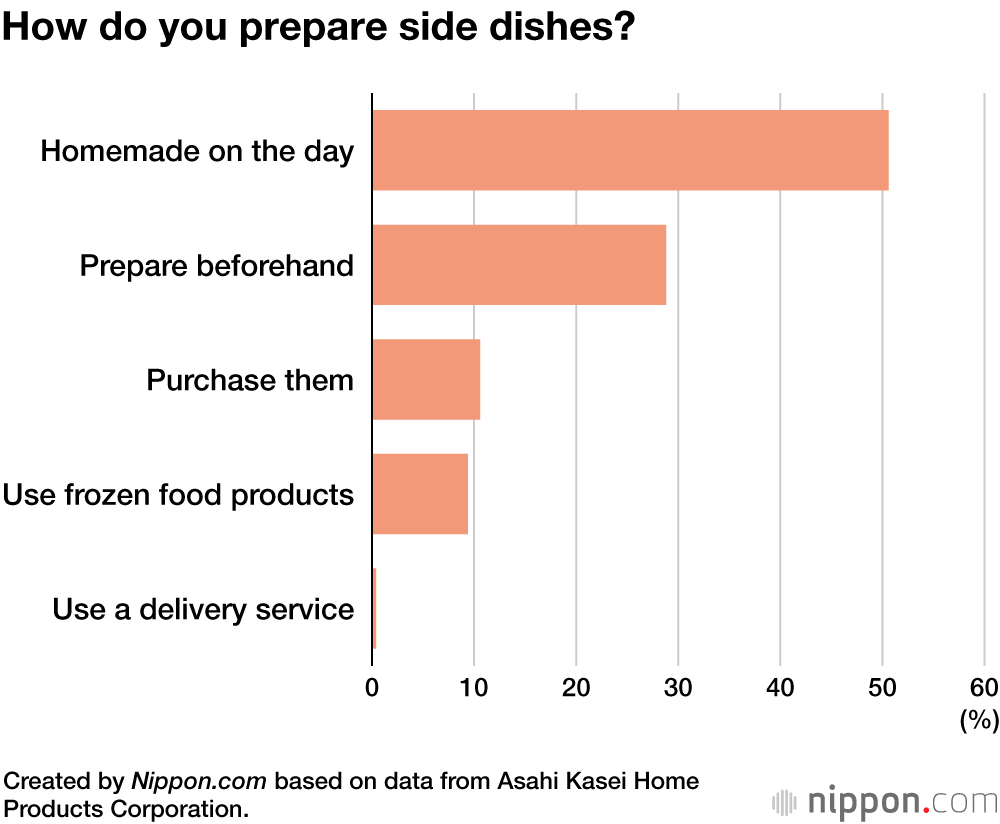 An overwhelming 75.2% of respondents said they found preparing dishes beforehand meant it “saves time on weekdays” and 60.6% enjoyed the fact it “increases the number of dishes.” The results of the survey showed that while people were struggling to find time, they had a desire to create as sumptuous meals as possible. 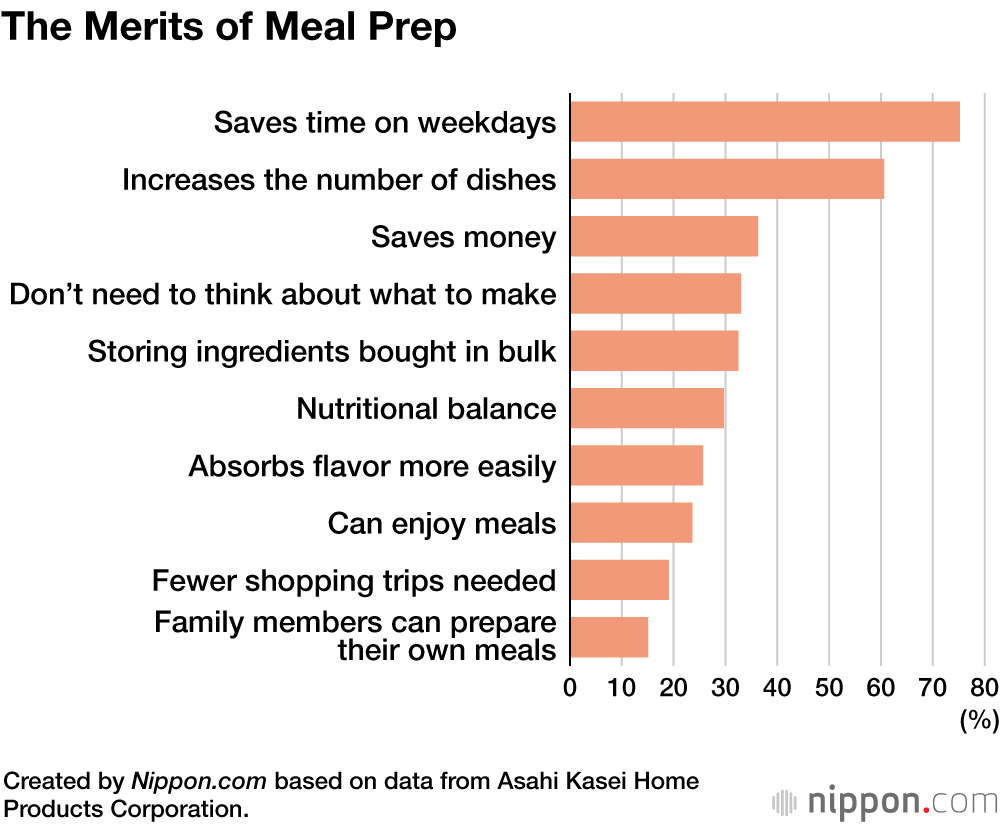 The survey targeted 800 men and women aged in their twenties to sixties who cook at least once a week and who have children aged 15 or under at home.