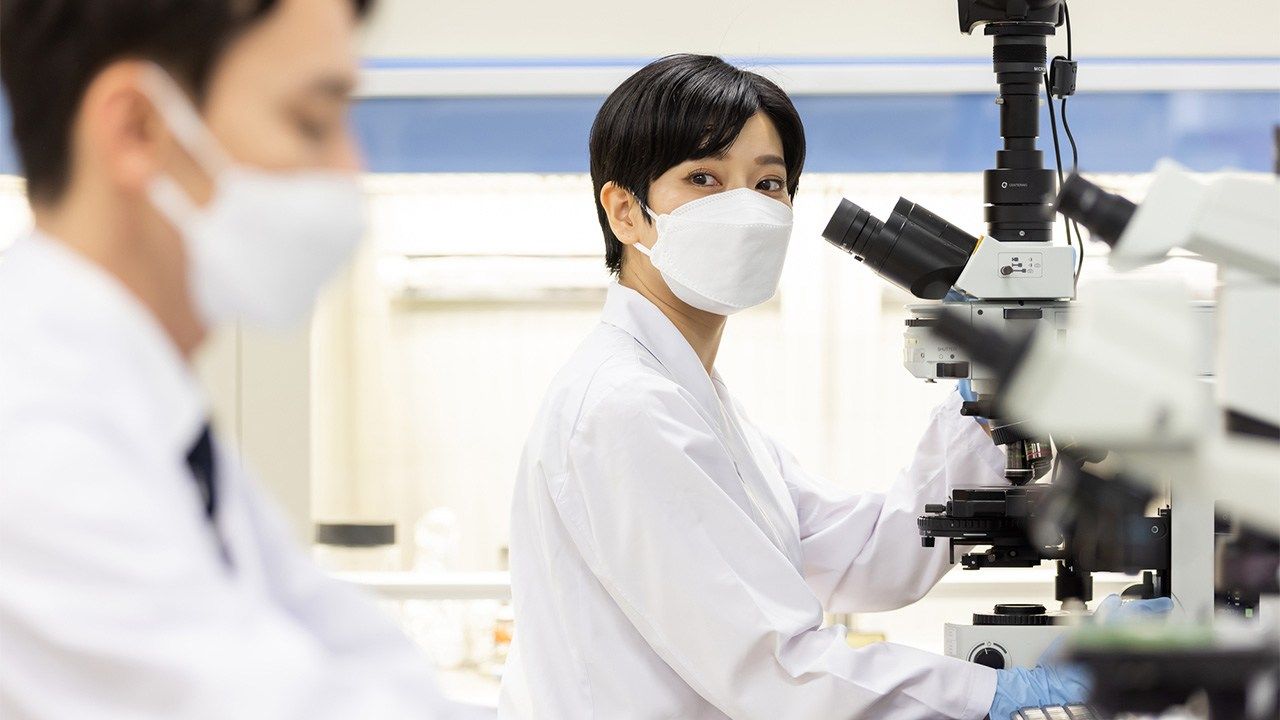 Science Sep 8, 2022
Japan remains third in the world for science and technology R&D expenditure and its total number of researchers, but its number of doctoral degree recipients is falling.

According to the Japanese Science and Technology Indicators 2022, published by the National Institute of Science and Technology Policy (NISTEP), Japan ranked third among major countries for both R&D expenditure and number of researchers. However, Japan’s growth rate is smaller than other major countries and, after peaking in 2006, the number of doctoral degree recipients has been on the decline.

Created by Nippon.com based on data from the National Institute of Science and Technology Policy. The number of academic papers, the adjusted top 10% papers, and the adjusted top 1% papers are calculated using the fractional counting method.

Japan remained in top place globally for number of patent families (patent applications filed in two or more countries). Its share though was 26.0% on average for the period 2015 through 2017, a drop from the 29.9% it averaged in the mid-2000s. 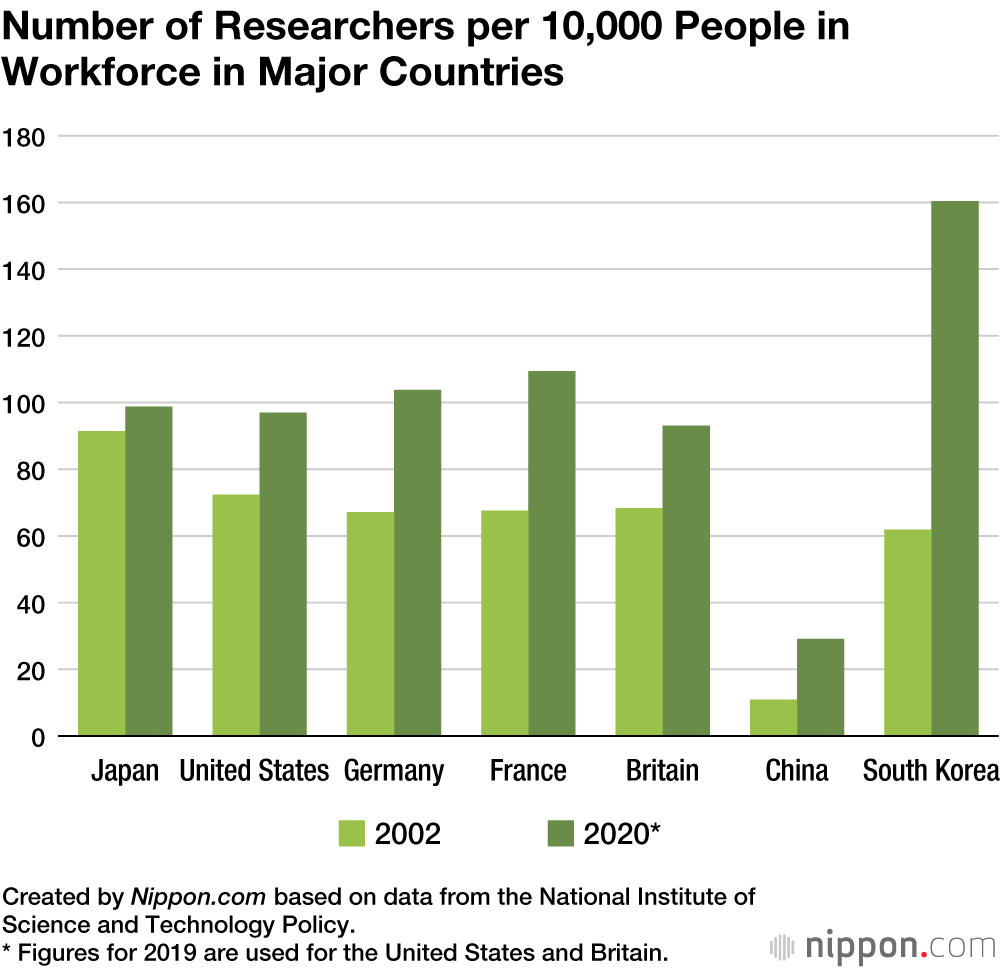