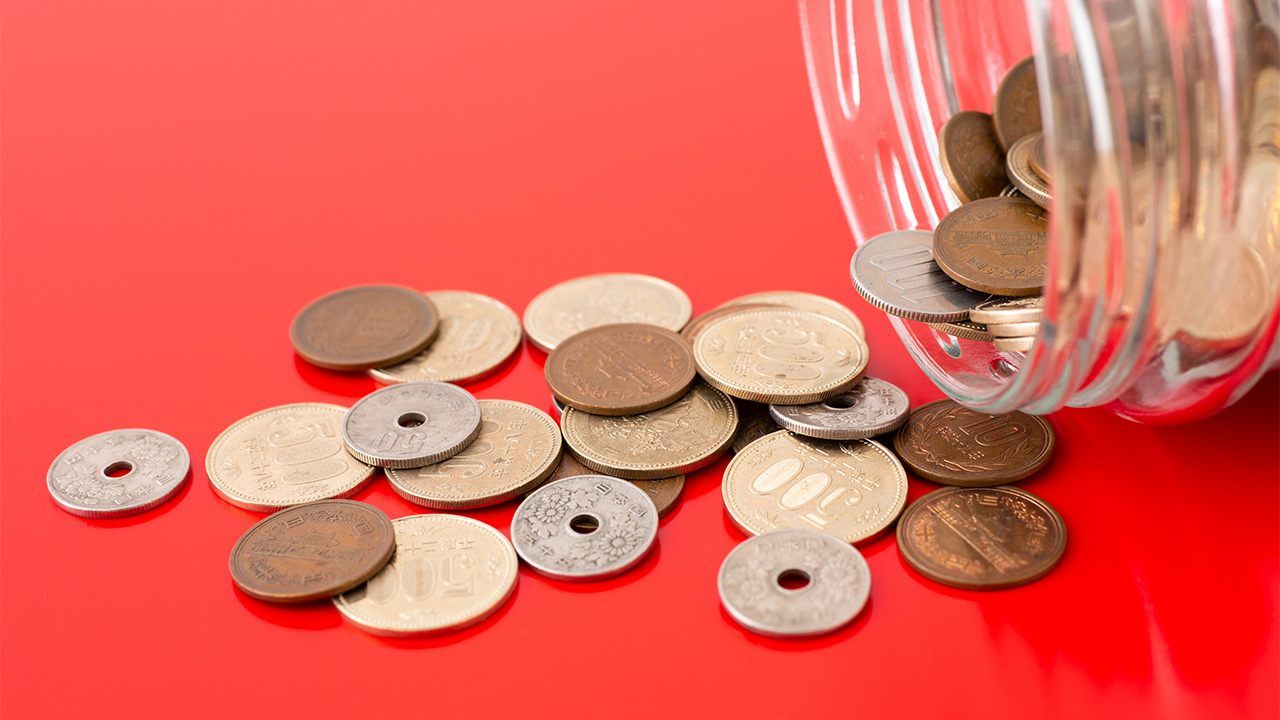 Economy Lifestyle Society Sep 2, 2022
As people in Japan are using less cash, the Ministry of Finance is reducing how many coins it issues, particularly for smaller denominations.

With e-money, smartphone payments, and online shopping becoming the norm, people are using less cash in Japan, which is prompting a gradual decline in the amount of coins being issued. The Ministry of Finance’s coin issuance plan (revised on July 15) states that 629.1 million coins are expected to be minted in fiscal 2022. This is half the amount of 2003, when 1.3 billion coins were minted. By value, there will be 1 million coins each issued for coins worth ¥1, ¥5, and ¥50, respectively, along with 61 million ¥10 coins, 200 million ¥100 coins, and 365 million ¥500 coins.

There has been a noticeable decrease in the amount of smaller denomination coins over the years. In 1989, the introduction of the 3% consumption tax led to ¥1 coin issuance jumping to over 1 billion a year during the early 1990s. However, this was followed by a sharp drop when the tax rate was raised to 5% in 1997. Since the start of the Reiwa era in 2019, less than 3 million ¥1 coins have been minted (including for fiscal 2022). It makes them extremely rare so finding one is very lucky! This fiscal year is also the first time to issue less than 100 million ¥10 coins.

The minting of the ¥500 coin, on the other hand, saw an increase due to the release of a new design on November 1, 2021, aimed at more effective prevention of counterfeiting, so the old coins have to be replaced. 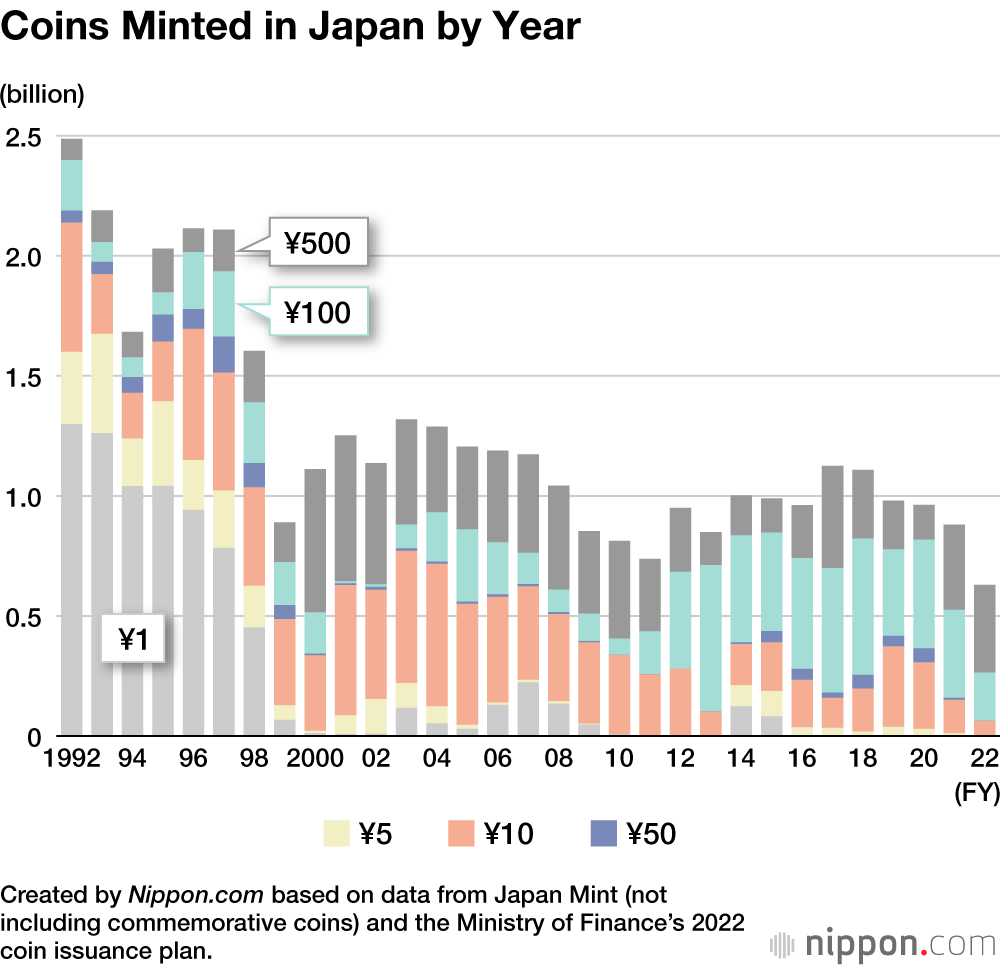