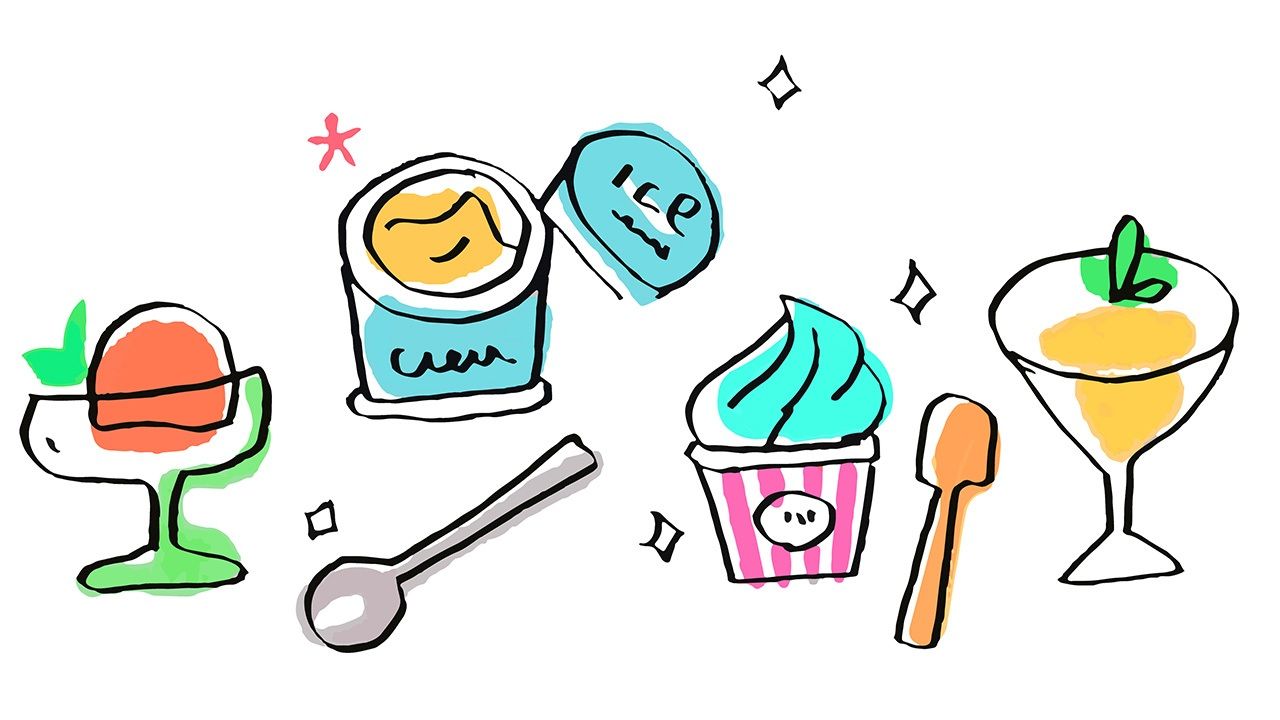 In mid-August, the weather information provider Weathernews asked its app users on what occasions they bought frozen treats at convenience stores. While 46% bought them when it was hot weather, 26% did so when they spotted them being sold in the store. 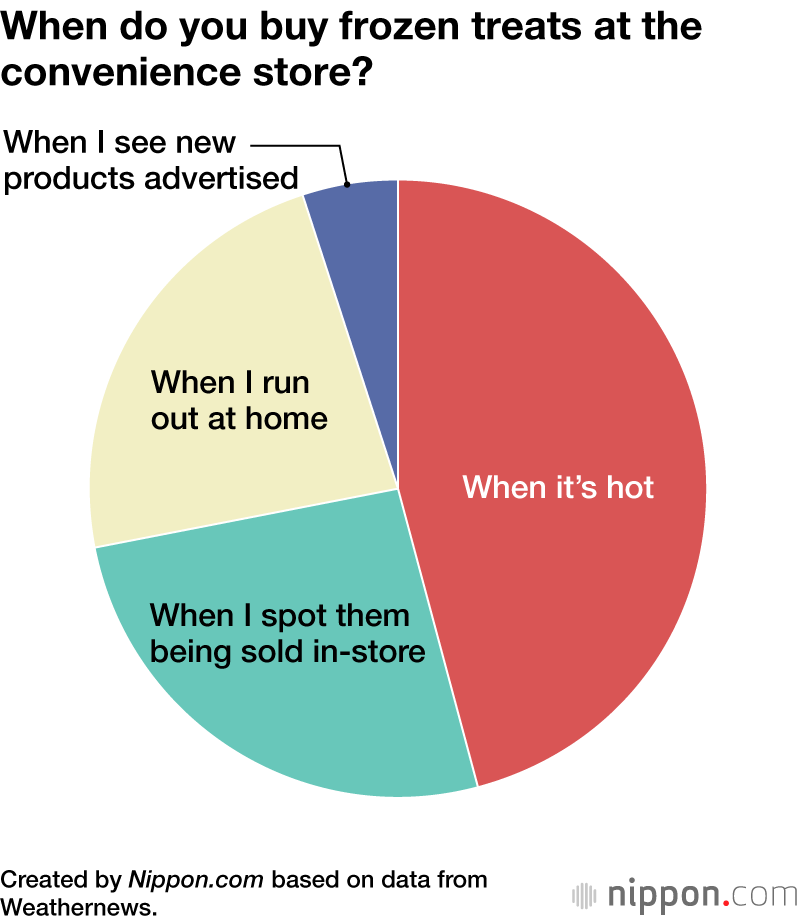 The same app users were also asked whether they would like to eat ice cream or kakigōri shaved ice right at that moment. Using the smartphone location data of the 33,000 people who replied, over 90% chose ice cream when the temperature was 23° or less, but when it was 30°, this ratio fell to 68%. When temperatures reached as high as 34°, kakigōri became the more popular choice. 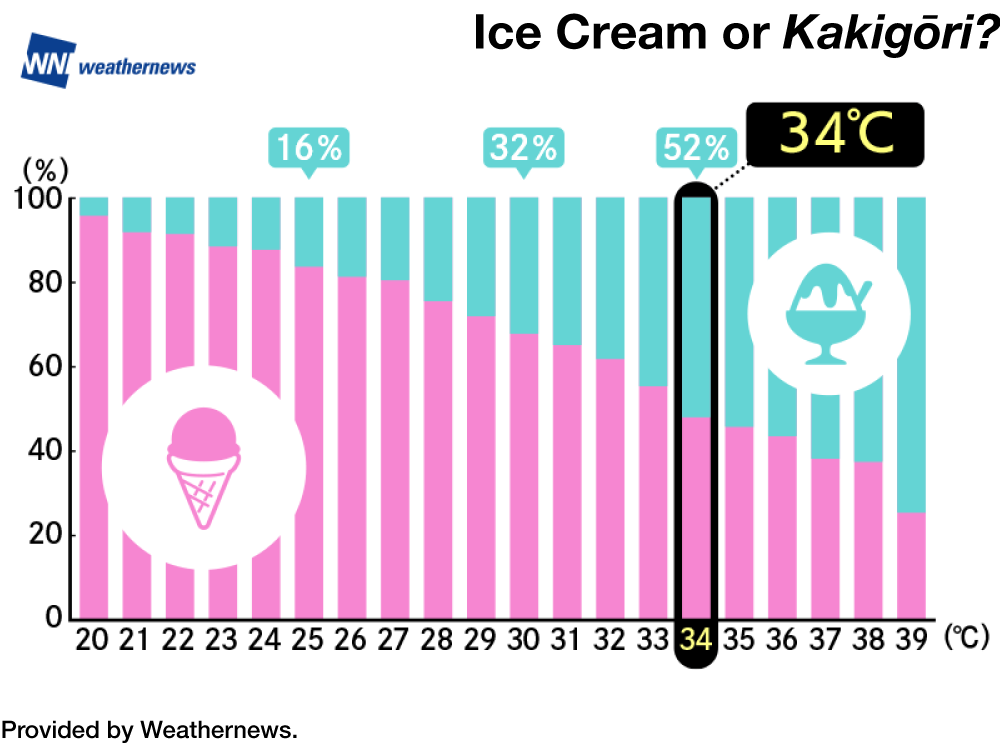 On the question of how many frozen treats people had stocked in the freezer, 12,473 responded. On average nationwide, people kept 4.9 treats on hand. By prefecture, Ishikawa had the top number with 7.2, followed by Saga with 6.7, Fukui with 6.6, Toyama with 6.0, and Niigata with 5.9, highlighting the love for frozen treats in the Hokuriku region. On the other hand, people in Hokkaidō and Aomori had significantly smaller amounts stocked up, both averaging 3.8, while those in Okinawa had the lowest at 3.1. Ishikawa had more than twice as many as Okinawa. 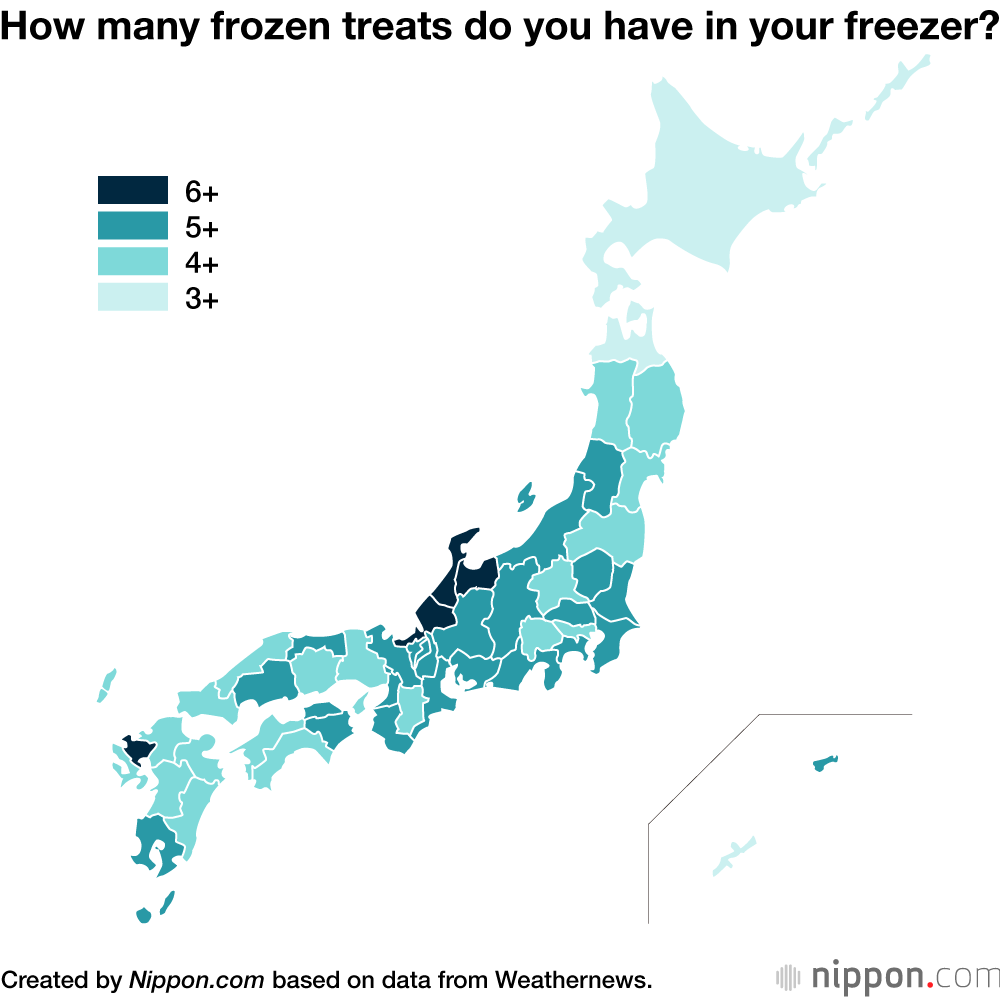 The family income and expenditure survey conducted by the Ministry of Internal Affairs and Communications also demonstrated Ishikawa residents’ love for frozen treats. When the average annual expenditure on frozen treats was calculated for each prefectural capital city and ordinance-designated city (52 cities in total), residents in Kanazawa, Ishikawa Prefecture, spent by far the highest at ¥12,146, which was nearly ¥4,000 more than residents in Naha, Okinawa, where spending was lowest.

This was the three-year average for the period 2019-2021. The figures were calculated based on data collected from prefectural capital cities and ordinance-designated cities. Created by Weathernews based on a Ministry of Internal Affairs and Communications’ survey.