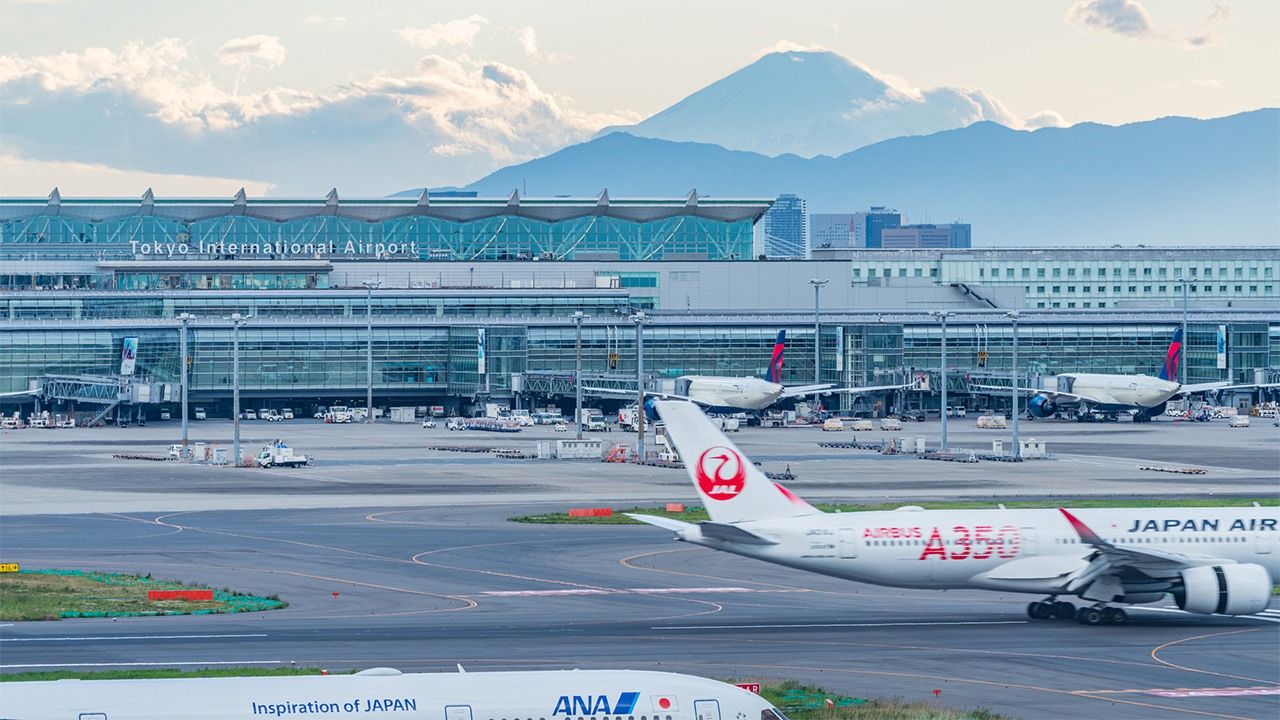 Before the COVID-19 pandemic began, the number of passengers arriving from or departing for international flights in Japan had been rising, in part due to the steady increase in foreign tourists. In 2019, this number, which includes those making transfers, reached a record high of 103.3 million. In 2021 though, the figure had dropped to 2.5 million or just 2.4% of that. By contrast, the volume of international freight passing through Japanese airports in 2021 saw a year-on-year increase of 26.6% to 4.0 million tons. 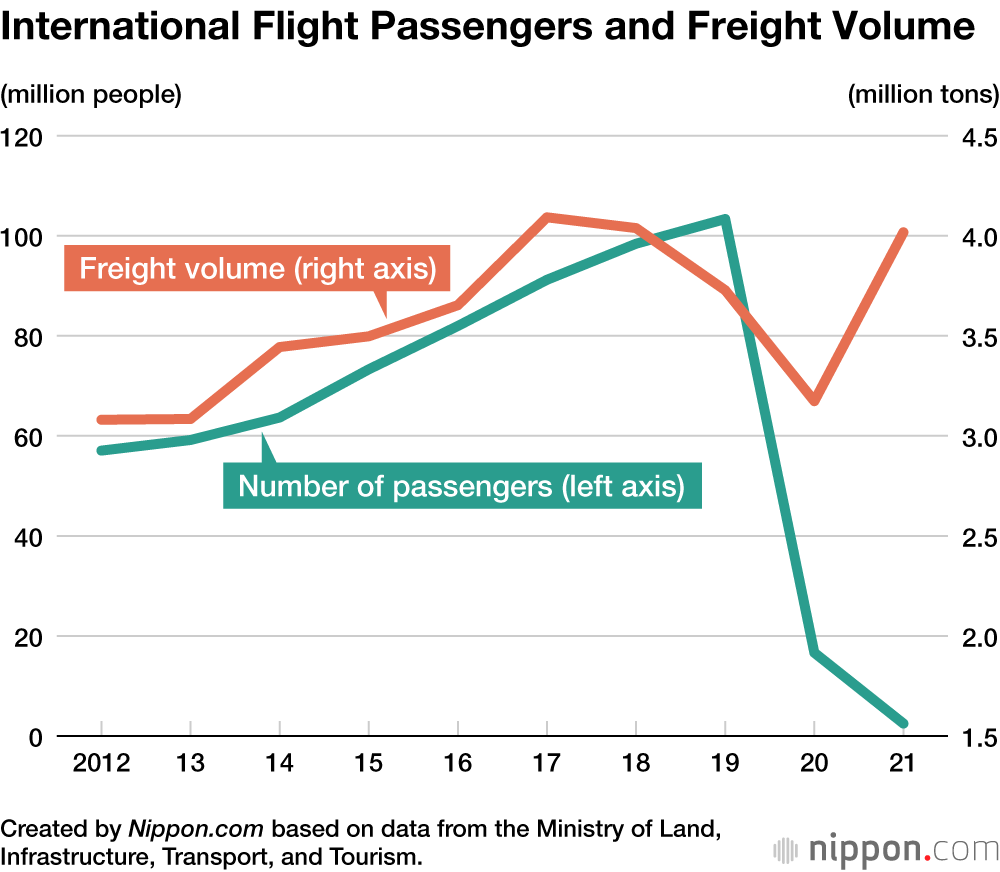 By airport in 2021, Narita accounted for the most international flight passengers with 58.2%, followed by Haneda with 29.0%, Kansai with 10.1%, and Chūbu with 1.7%. Prior to the pandemic, Kansai had the second highest number of international passengers, but as many of these were tourists, the big drop in tourism meant a diminished share compared with Narita and Haneda. 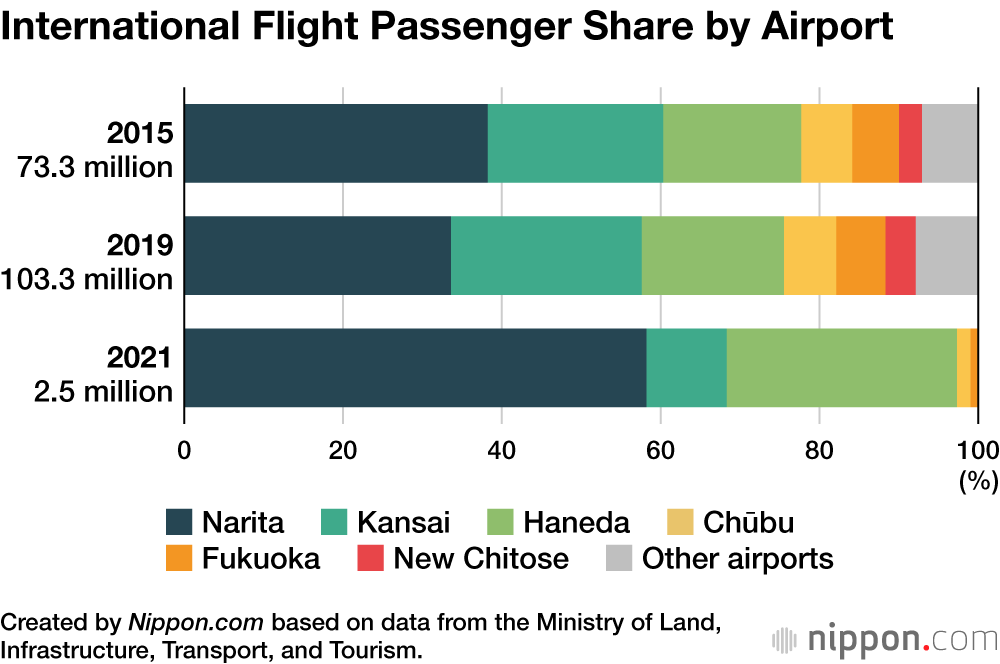 The chart below shows the top 10 airports for total passenger traffic in 2021, combining domestic and international figures. Haneda had the highest amount of traffic with 26.6 million, averaging 72,000 passengers a day. 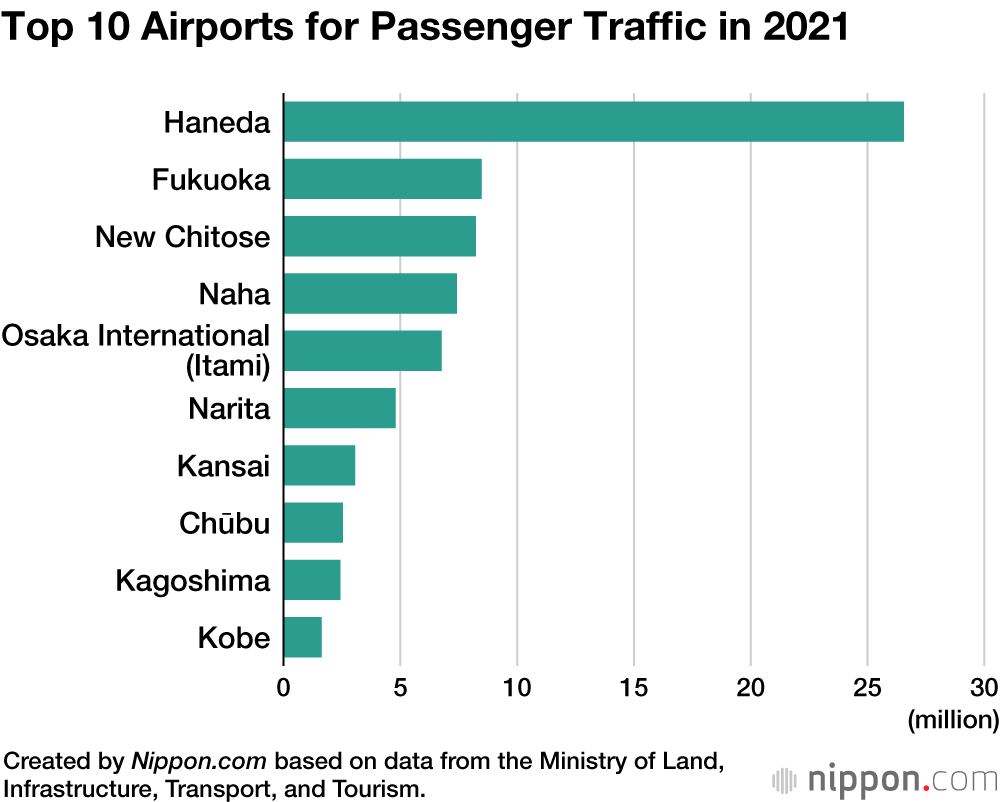