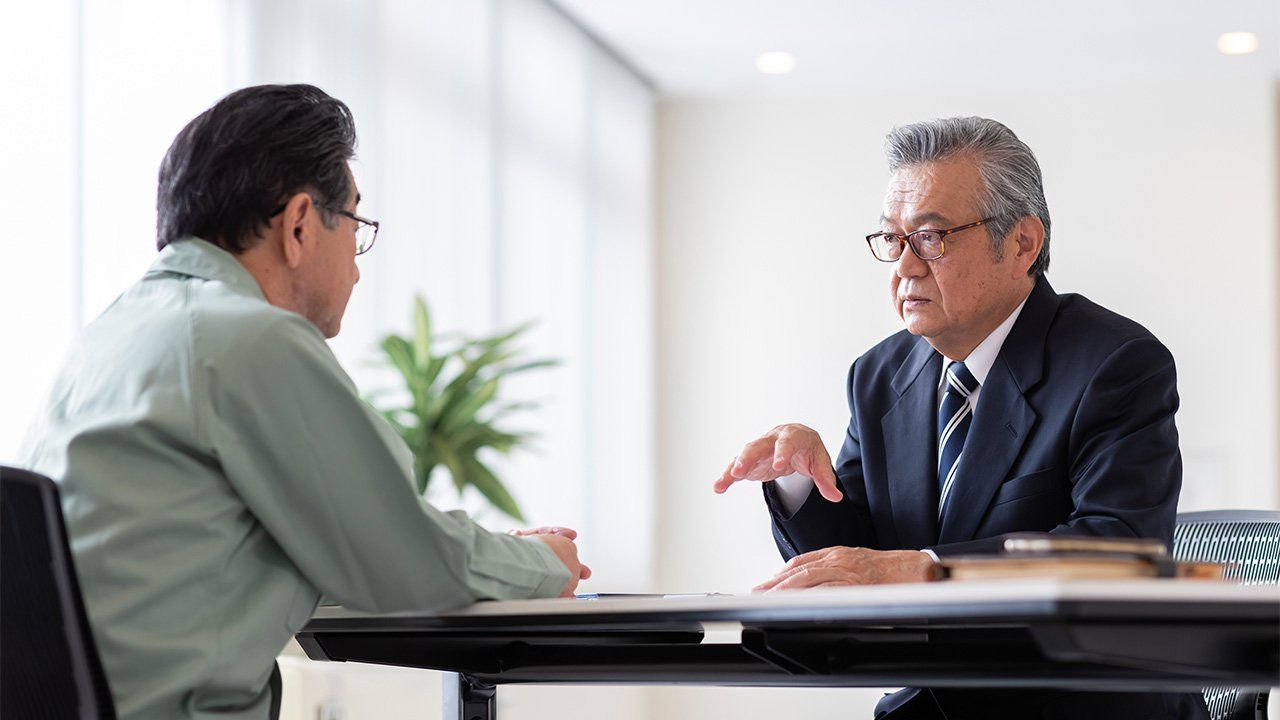 Economy Work Sep 22, 2022
While the Japanese government wants companies to increase pay, many managers believe it is difficult to do so without achieving growth.

According to a survey on wages conducted by Persol Research Institute in May 2022, 63.0% of company managers in Japan answered that without company growth, it would be difficult to make increases. It indicated that they were prioritizing growth over raising pay.

However, the number of those in management who believed “wage increases are an investment” were more than double those who thought “wage increases mean higher costs,” showing recognition that pay rises are needed as an investment for growth. Opinions were divided on whether the government should be involved in this discussion. 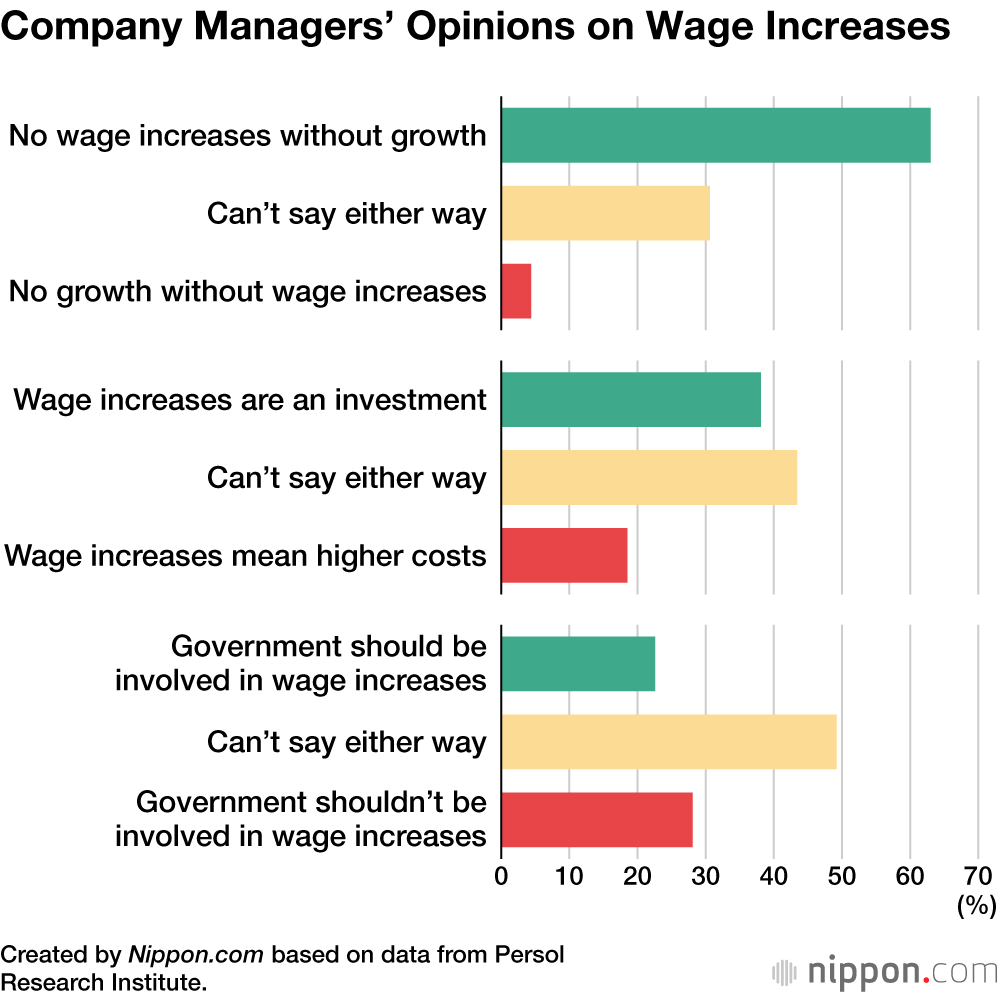 At 40.6%, the factor most influencing the decision over increasing wages was “meeting budgets and results,” followed by “preventing employee turnover” (29.4%) and “economic trends” (27.9%). “Price trends” was the fourth largest factor. Requests from the government or the Japanese Trade Union Confederation (Rengō) were shown to have little influence over management decisions. 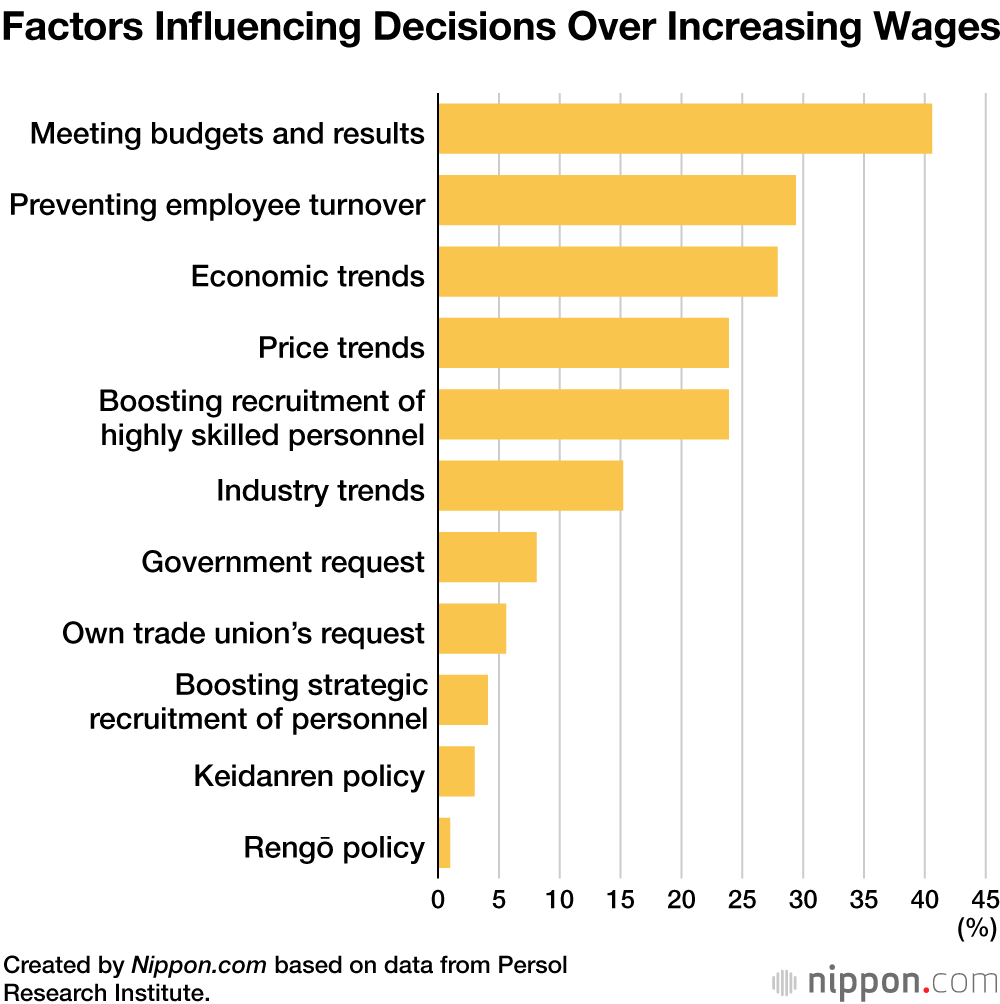