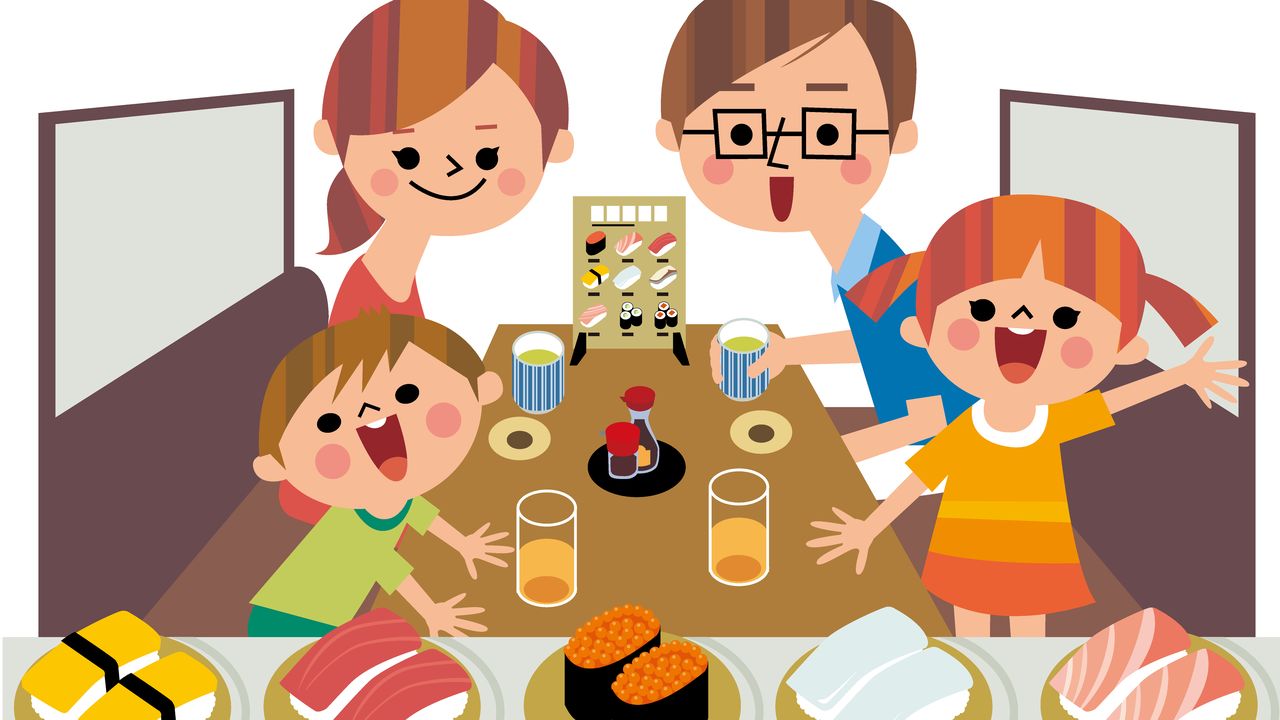 Economy Food and Drink Sep 30, 2022
Some 60% of Japan’s major restaurant chains are raising prices, due to spiraling costs.

The major kaiten-zushi (conveyor-belt sushi) restaurant chain Sushirō, known since 1984 for its ¥100 sushi plates, has decided to stop offering these mainstay menu items at the end of September. Its competitor Kura Sushi will also take its ¥100 sushi plates off its menus at the same timing. Major chains are finding that soaring ingredient prices and distribution costs are making it more difficult to stick to a “cheap and delicious” formula.

Tokyo Shōkō Research ran a survey that looked at 122 major Japanese restaurant chains’ price revisions from January through early September 2022. Approximately 71, or around 60%, of those companies (representing 88 brands) announced price increases. Among the 88 restaurant brands that they represented, 16 were “Chinese and ramen,” 12 were “steak and yakiniku barbecue,” and 12 were “fast food.” Prices of menu items have been rising continuously, mainly in business categories that rely heavily on imported raw materials, such as wheat and beef. Since the beginning of this year, 5 chains (representing 5 brands) have twice announced price rises.

The price increases have most commonly been in the 5%–10% range, as seen for 25 brands. At fast food chains and coffee shops, where unit prices are low, some of the retail prices for items on their menus have gone up by more than 15%. 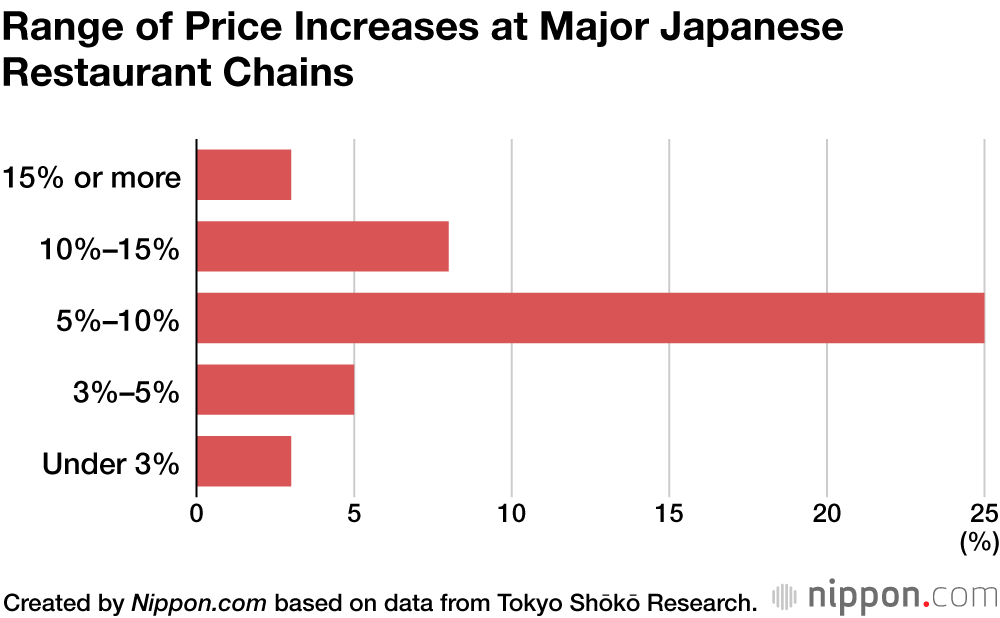 Of the 88 brands that announced price increases, 75, or nearly 90%, indicated that they were due to the rise in costs for raw materials. The sudden price jumps for ingredients like wheat, meat, and coffee beans have meant that fast food chains, coffee shops, steak houses, and yakiniku restaurants have needed to keep increasing their prices. For kaiten-zushi chains, along with the steep increase in the price of imported seafood caused by the sudden depreciation of the yen, the price increases will also be implemented due to stock shortages.

Tokyo Shōkō Research commented that “with winter coming, when demand for fuel is at its peak, there is also concern about a second increase in fuel prices, and there is still a possibility that it will lead to further price rises to counter diminished profits.” 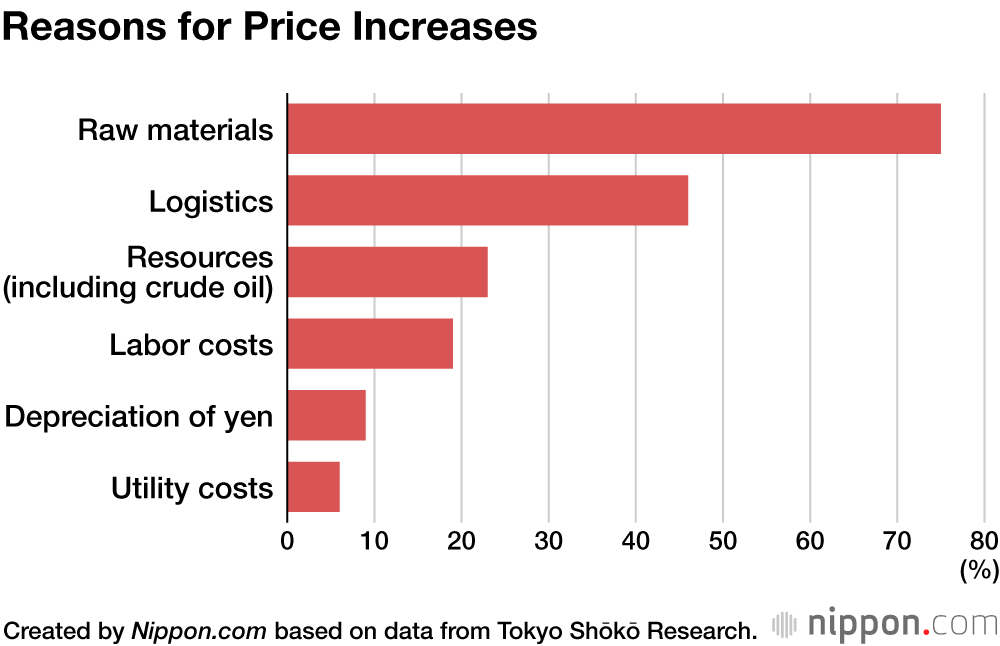