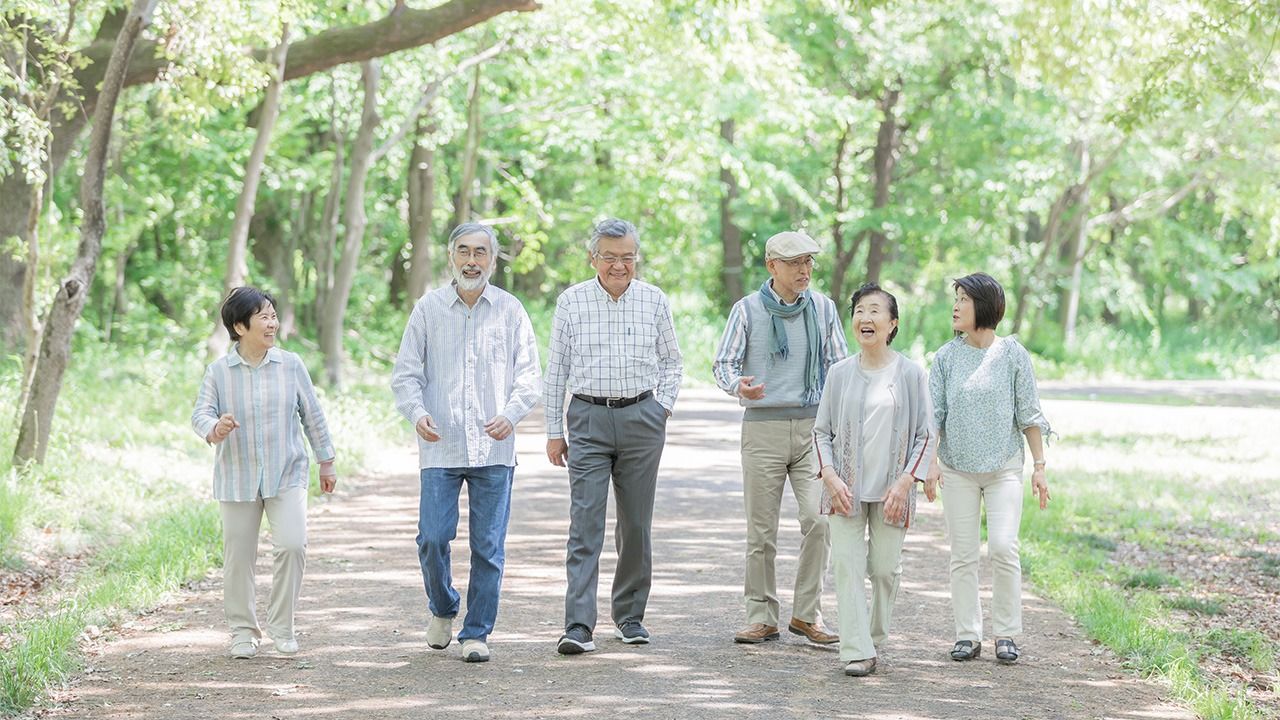 Society Health Oct 5, 2022
Japan has by far the highest senior population ratio in the world, with 29.1% of its people over 65 years old.

Population estimates compiled by the Ministry of Internal Affairs and Communications indicate that as of September 15, 2022, the total population of Japan fell by 820,000 over the previous year. At the same time, however, the number of seniors aged 65 years and older increased by 60,000 for a record total of 36.27 million. The percentage of seniors increased 0.03% over the previous year, once again marking the greatest increase to date. 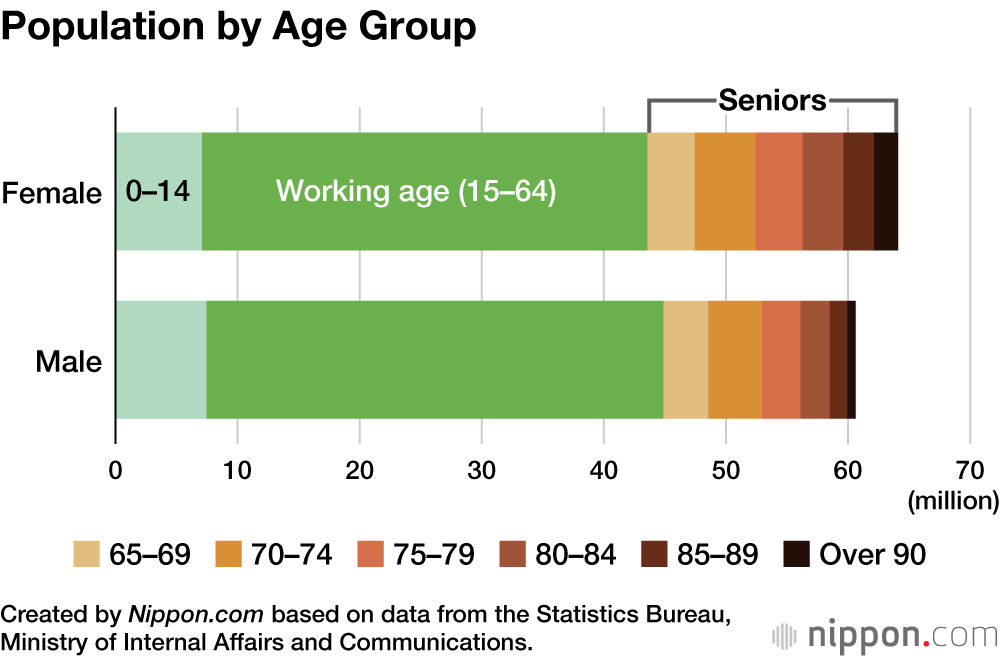 According to United Nations data, Japan has the highest senior population ratio (the percentage of the population aged 65 and over) by far, at 29.1%, leading second-place Italy by 5 points (24.1%).

Countries with the Highest Percentage of Seniors

Created by Nippon.com based on data from the Statistics Bureau, Ministry of Internal Affairs and Communications. Japan’s value is based on population estimates as of September 15, 2022. Values for other countries are based on future estimates for July 1, 2022, from the United Nations’ 2022 revision of World Population Prospects. 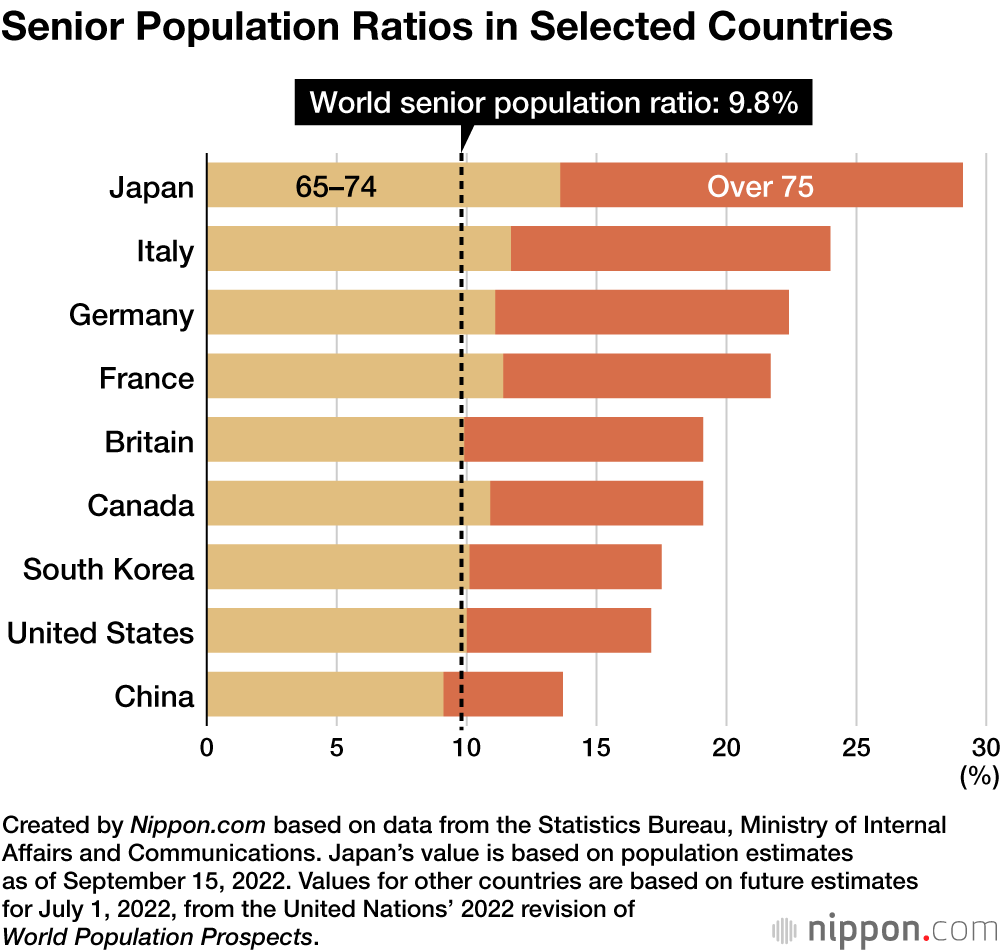