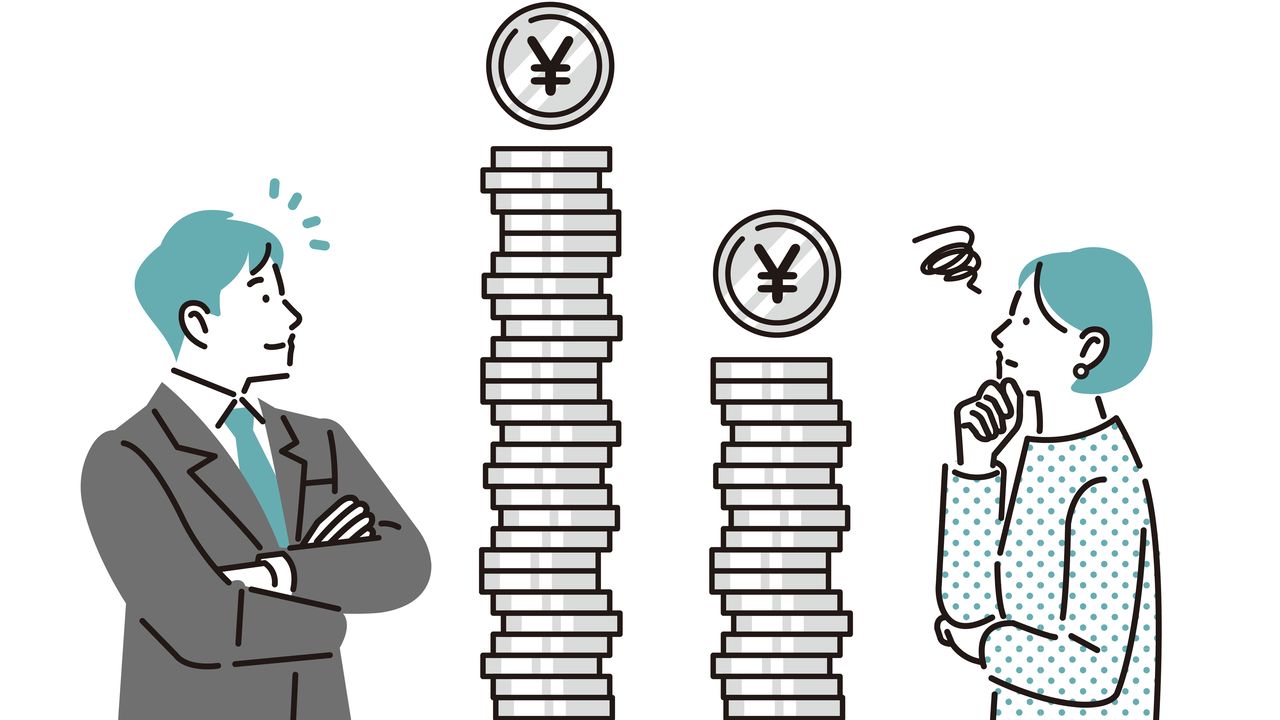 Economy Society Oct 13, 2022
Private-sector pay rose in Japan for the first time in three years, pushing the average salary of women to a historic high of more than ¥3 million. However, there remains a large gender pay gap as well as a sizable disparity between regular and nonregular employees.

After falling sharply in 2009, salaries recovered moderately, and by 2018 had returned to the level prior to the 2008 financial crisis. However, in 2020, the first year of the global pandemic, the overall level of salaries fell again as bonuses declined in a wide range of industries, particularly hospitality, where businesses were forced to close down or shorten business hours. This slowed the pace of increase in salaries, which have yet to reach the level of the late 1990s. 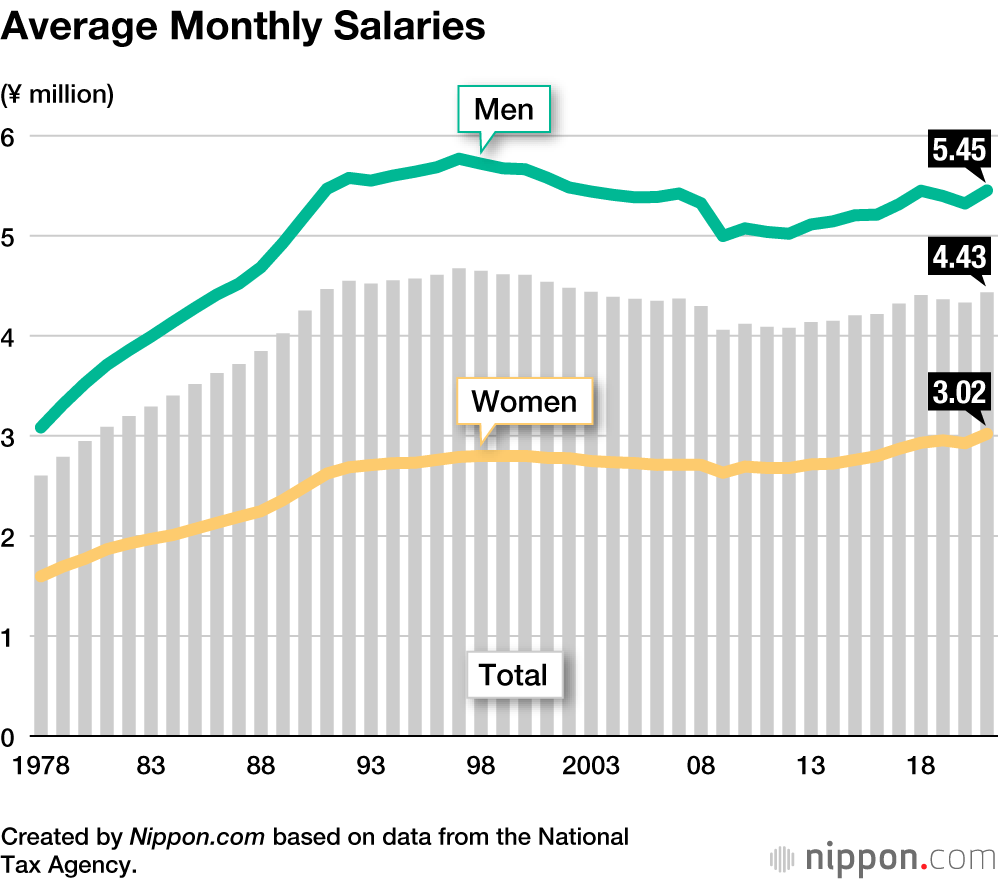 Looking at pay by gender, the average salary for women reached ¥3.02 million, a 3.2% year-on-year increase and the first time to exceed ¥3 million. However, it remains ¥2.43 million less than the median annual salary for men, which increased 2.5% year on year to ¥5.45 million, illustrating the size of Japan’s gender pay gap. The disparity in pay between regular employees (excluding executives) and nonregular employees (including part-time workers) was also large at ¥3.11 million.