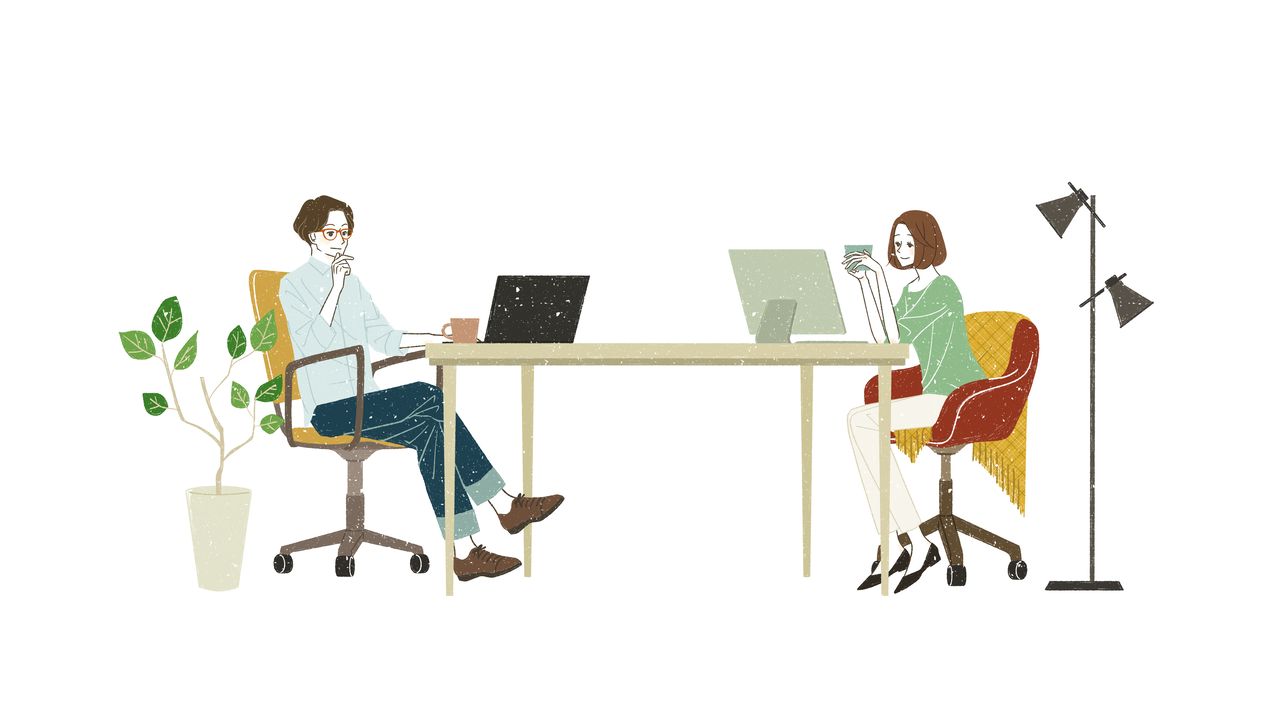 Lifestyle Work Oct 14, 2022
A survey of people with second jobs shows a minority earn over ¥3 million annually working side gigs, but these individuals also put in more hours a month.

A recent survey conducted by the human resources company Persol Career shed light on side gigs in Japan. The firm asked 1,556 men and women between the ages of 20 and 59 who are working jobs in addition to their primary employment about the amount they earn annually from side employment. The vast majority answered that they earned under ¥3 million, but 13.2% of respondents said that their earnings exceeded that amount. 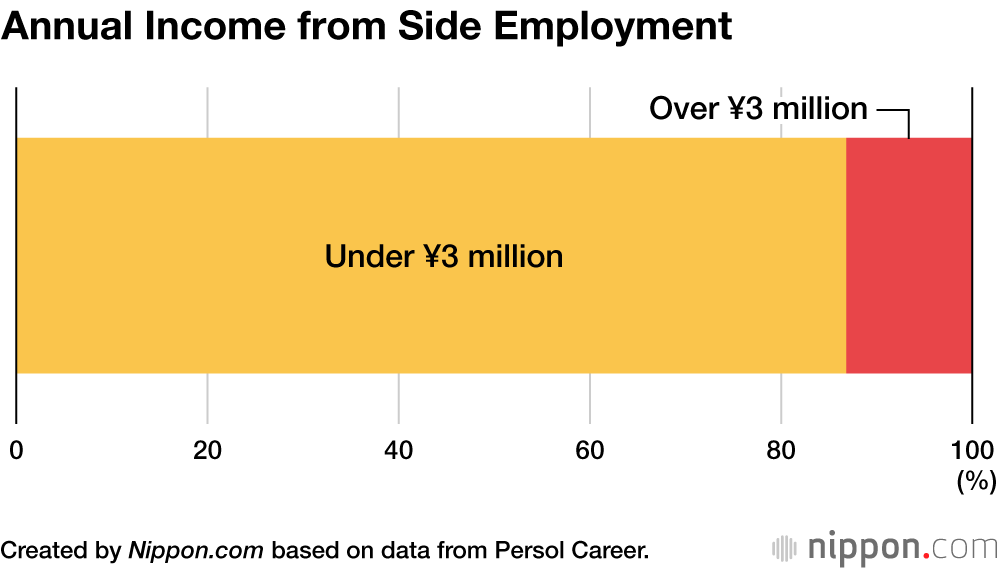 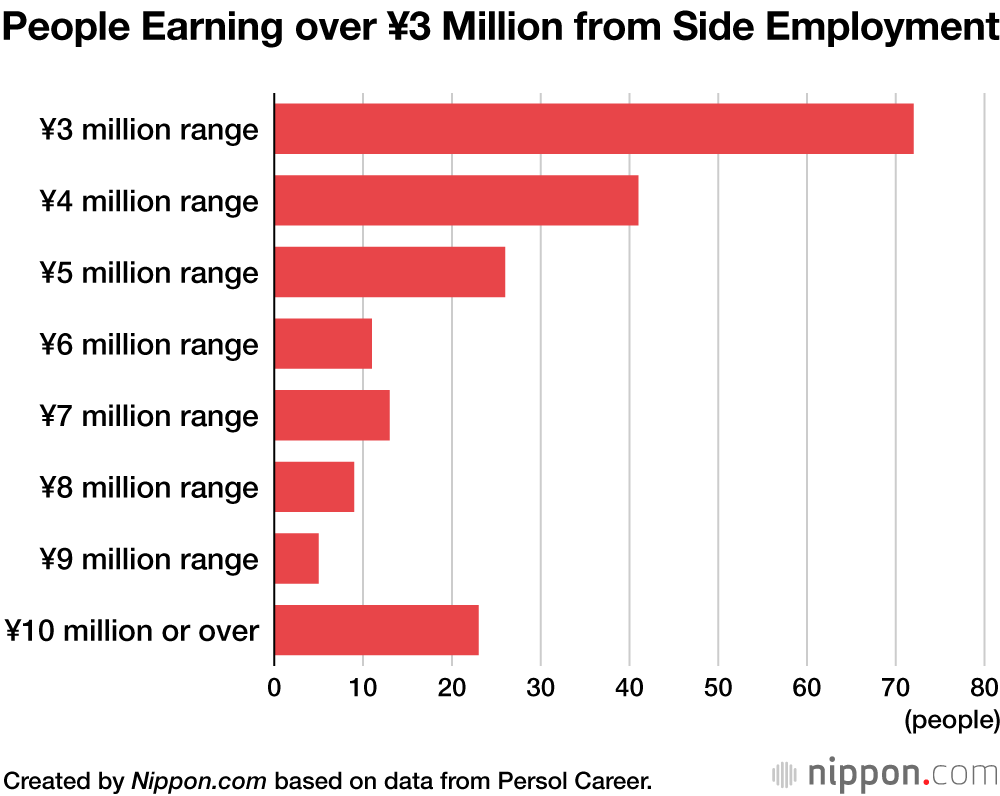 Looking at the number of hours spent at side job by people earning more than ¥3 million, 54.5% said they worked 20 hours or more, indicating individuals have a significant commitment to side gigs rather than just taking advantage of openings in their schedules. 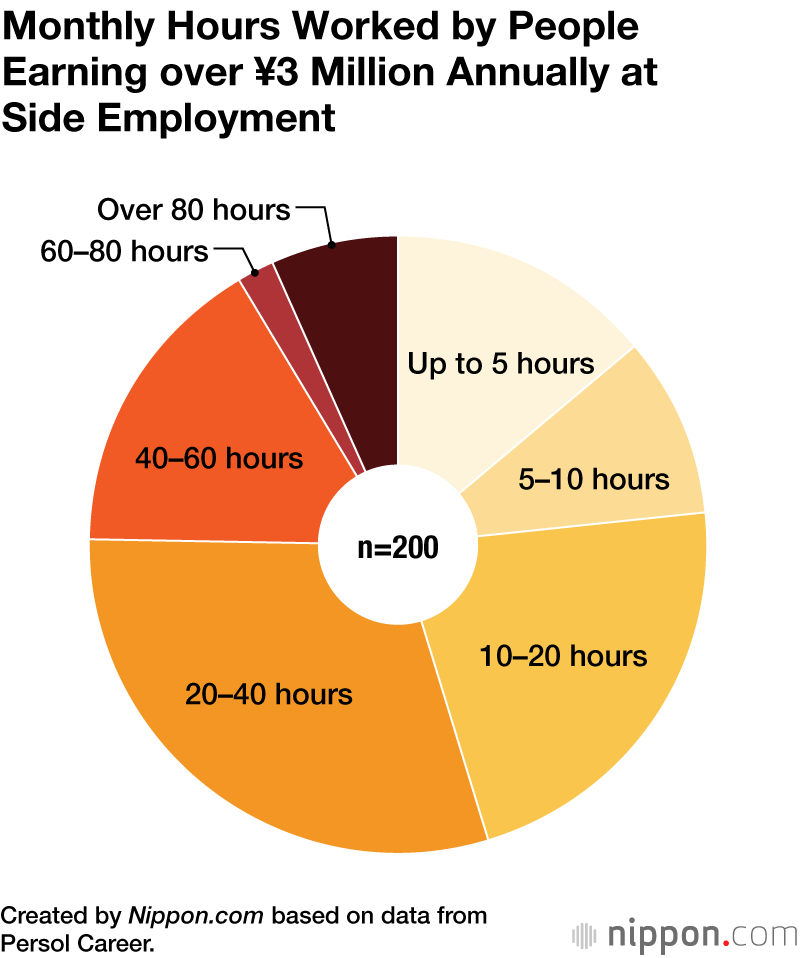 The most common reasons respondents gave for starting a side job was to increase their income (66.0%), improve skills (40.5%), and make effective use of their time (33.0%).