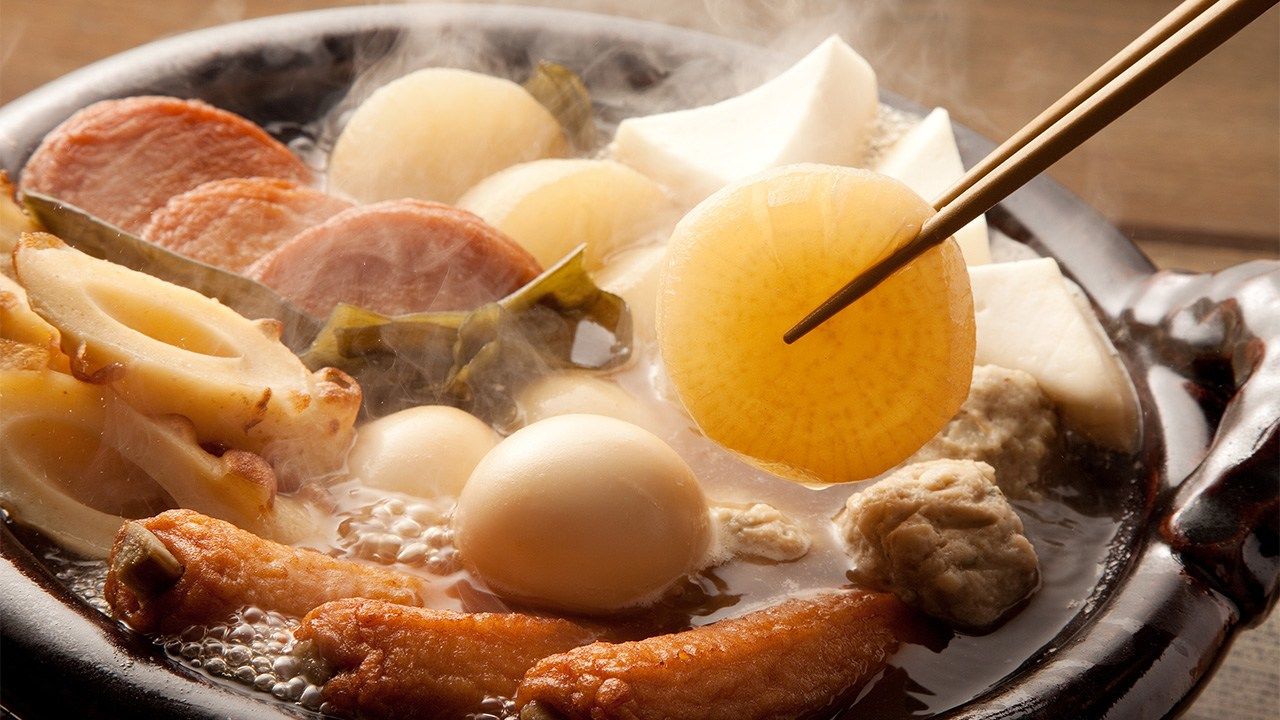 Food and Drink Culture Lifestyle Oct 31, 2022
As the weather turns cold, a steaming bowl of oden is a tasty way to warm up at home or on the go. A survey looks at the most popular ingredients of the hot pot staple.

Warming and easy to prepare, nabe is a dinnertime favorite for households around Japan during the colder months. According to the Kibun Foods 2022 Nabe White Paper, an annual publication from the Japanese food company, the hot pot dish most frequently served at homes is oden, a spot it has held for 24 straight years beginning in 1999. Of the 1,367 people surveyed for this year’s report, 66.3% said oden was the nabe they most often ate at home. Sukiyaki ranked second at 51.2%, followed by kimchi nabe at 45.1% in third. 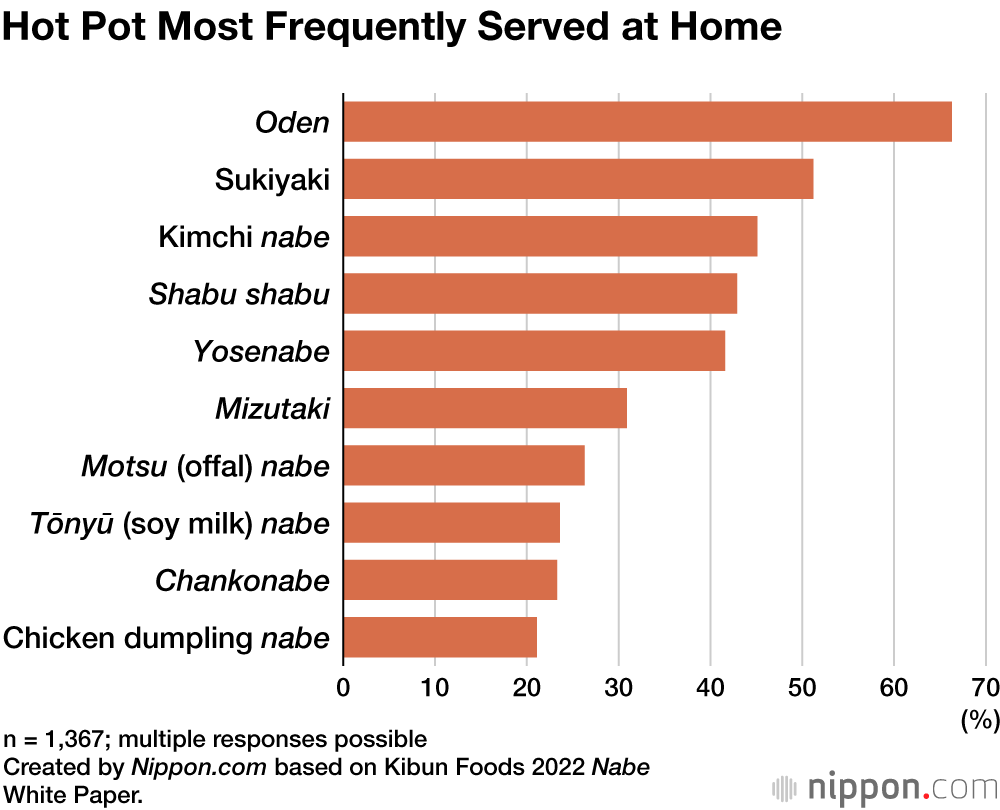 Oden offers diners a range of flavors, including hearty vegetables like daikon, different varieties of chewy konnyaku, and savory fish-based surimi like chikuwa, hanpen, and satsuma-age. Looking at oden ingredients diners favor most, daikon claimed first overall, ahead of boiled egg in second. By age group, daikon, kinchaku, and hanpen were the top three ingredients among respondents in their twenties, daikon, boiled egg, and kinchaku were favored by those in their thirties and forties, and daikon, boiled egg, and konnyaku were preferred by those in their fifties. 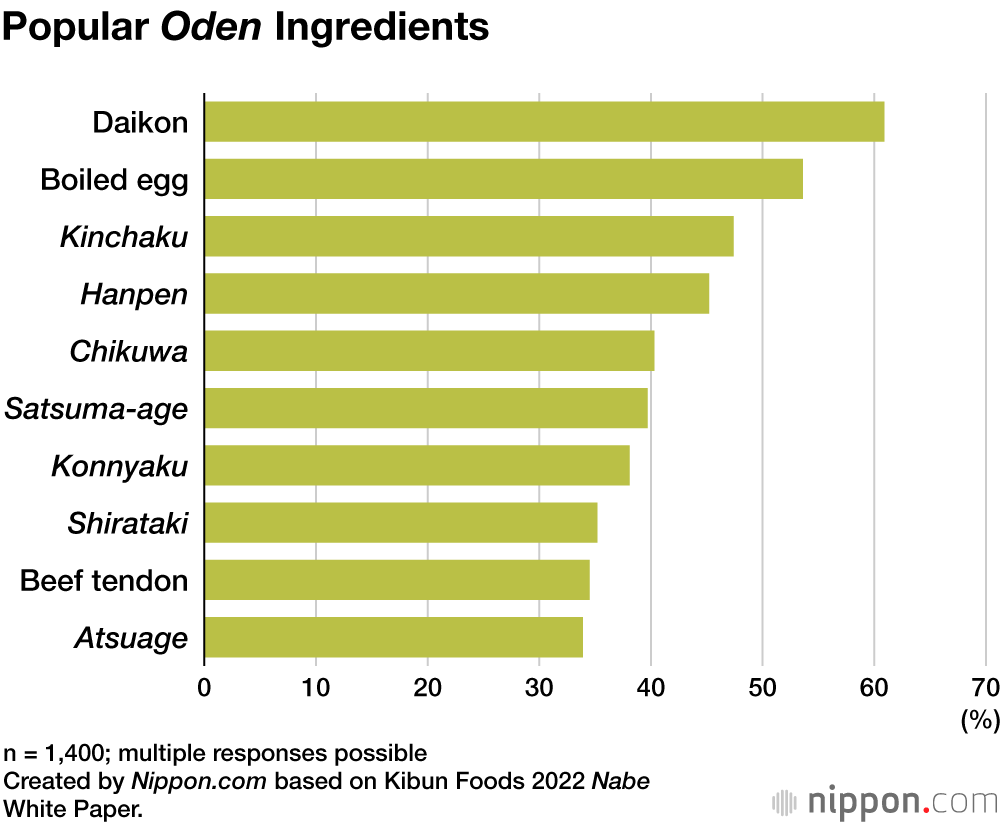 Oden is widely enjoyed, with many prefectures boasting their own distinct ingredients. For instance, Tottori Prefecture is known for including chikuwa made with tōfu rather than ground fish, and oden in Miyazaki Prefecture often features bundles of 15-centimeter-long bean sprouts called oyashi. Residents of Shizuoka Prefecture savor dark-tinted kuro-hanpen, while in Okinawa Prefecture pork feet are a favorite ingredient.

The Nabe White Paper compared 48 oden ingredients by prefecture and found a clear east-west divide when it came to surimi. Although chikuwa and satsuma-age were popular nationwide, consumption of sardine-based tsumire was greatest in the Kantō and southeastern Tōhoku regions, whereas loaf-like kamaboko was dominant across much of Kyūshū and the prefectures around the Seto Inland Sea. 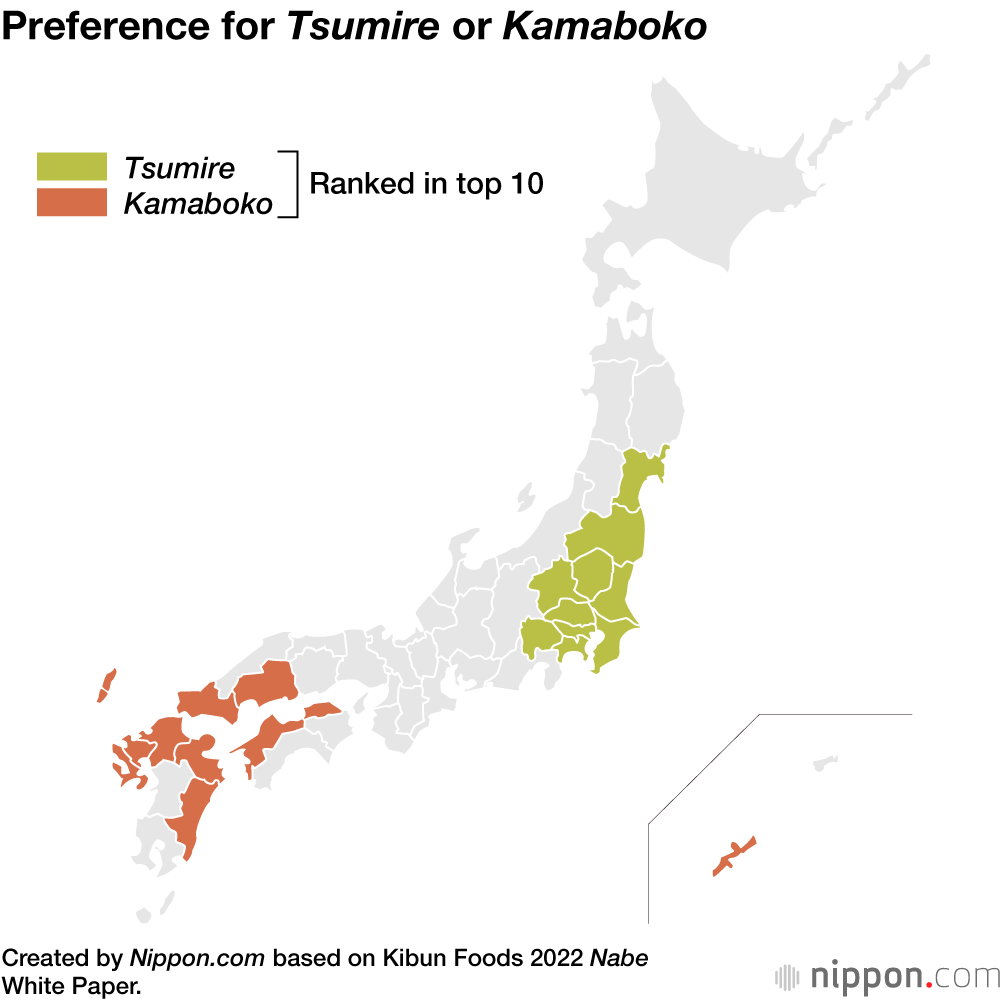 There was a similar regional divide with shiromono, a term covering light-tinted ingredients like daikon, hanpen, and boiled egg. Chikuwabu was overwhelmingly favored in the Kantō region and Aomori Prefecture, whereas tōfu and braised yakidōfu were most popular in prefectures in the Hokuriku, Chūgoku, Shikoku, and Kyūshū regions. 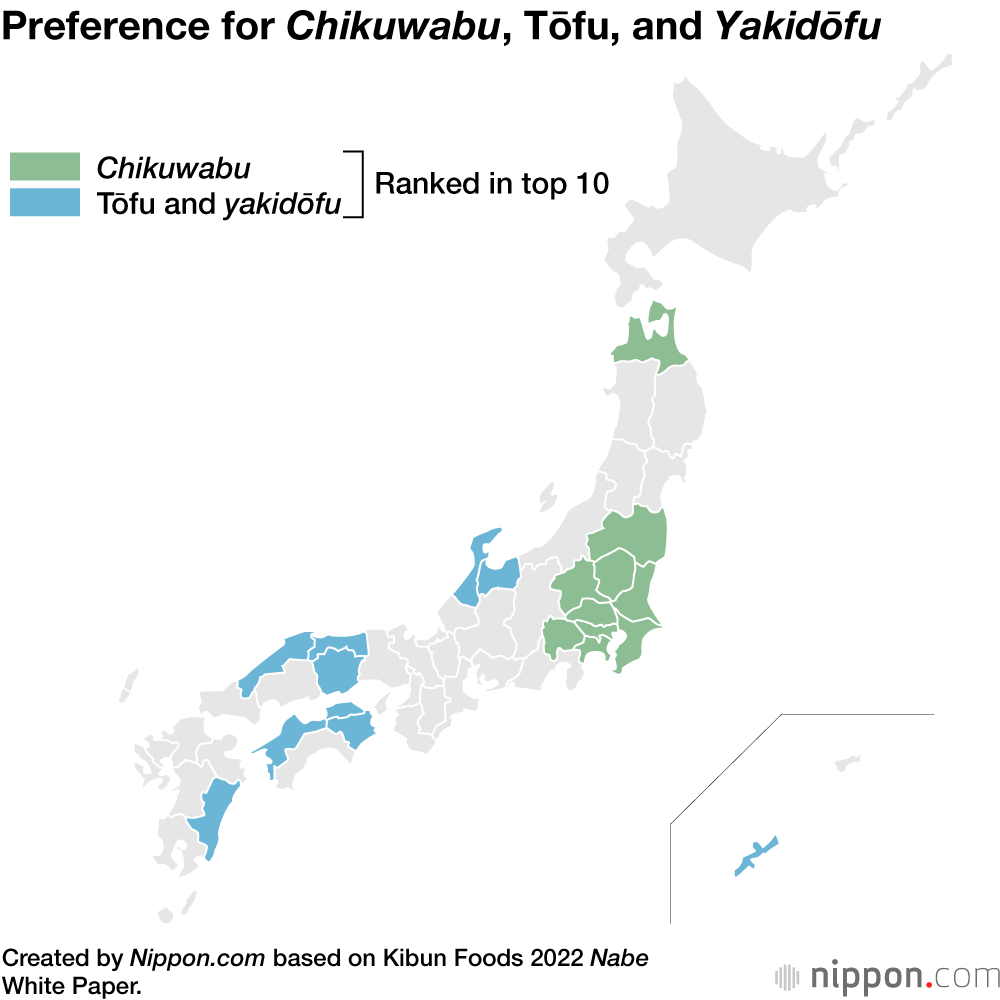