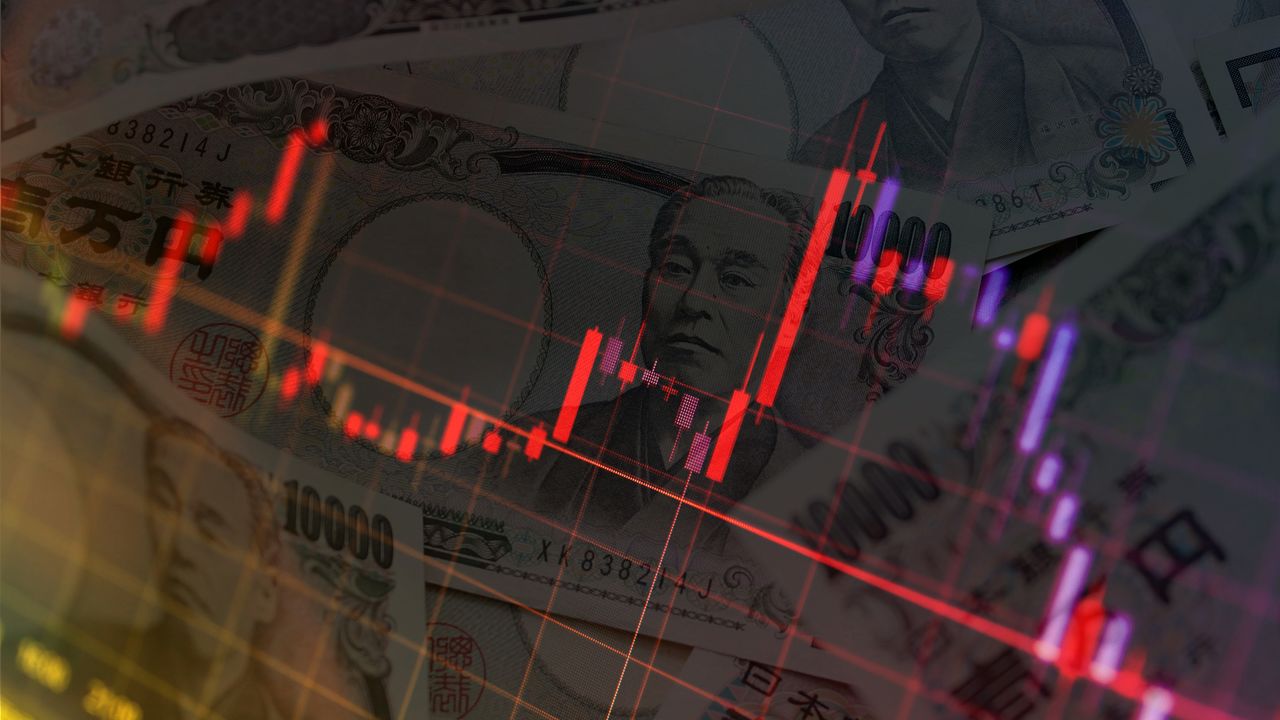 Currency Freefall: Yen Tumbles to 32-Year Low Against the Dollar

Economy Politics Oct 21, 2022
Attempts by the Japanese government and Bank of Japan to prop up the yen have had little effect in stopping its slide as the currency dropped to a three-decade low of ¥150 to the US dollar on October 20.

The Japanese yen has depreciated at a blistering pace against the dollar over the last several months, falling below the ¥150 level briefly during trading in Tokyo on October 20. The last time the currency was at this level was in August 1990.

The yen’s slide continues despite the Japanese government and the Bank of Japan intervening on September 22 for the first time in some 24 years with a spate of yen-buying and dollar-selling to keep the currency from weaking further. While the yen rebounded to the low ¥140 level immediately following the move, the effect quickly wore off, and the yen has continued to drop in October.

Speaking at a House of Councillors budgetary meeting on October 19, Bank of Japan Governor Kuroda Haruhiko warned that the yen’s rapid fall risked negatively impacting the Japanese economy and was “undesirable.” Although the government and BOJ remain highly concerned as the currency trends around the ¥150 line, Japan has yet to start aggressively buying yen despite seeing little possibility of the US government adjusting its monetary policy anytime soon. 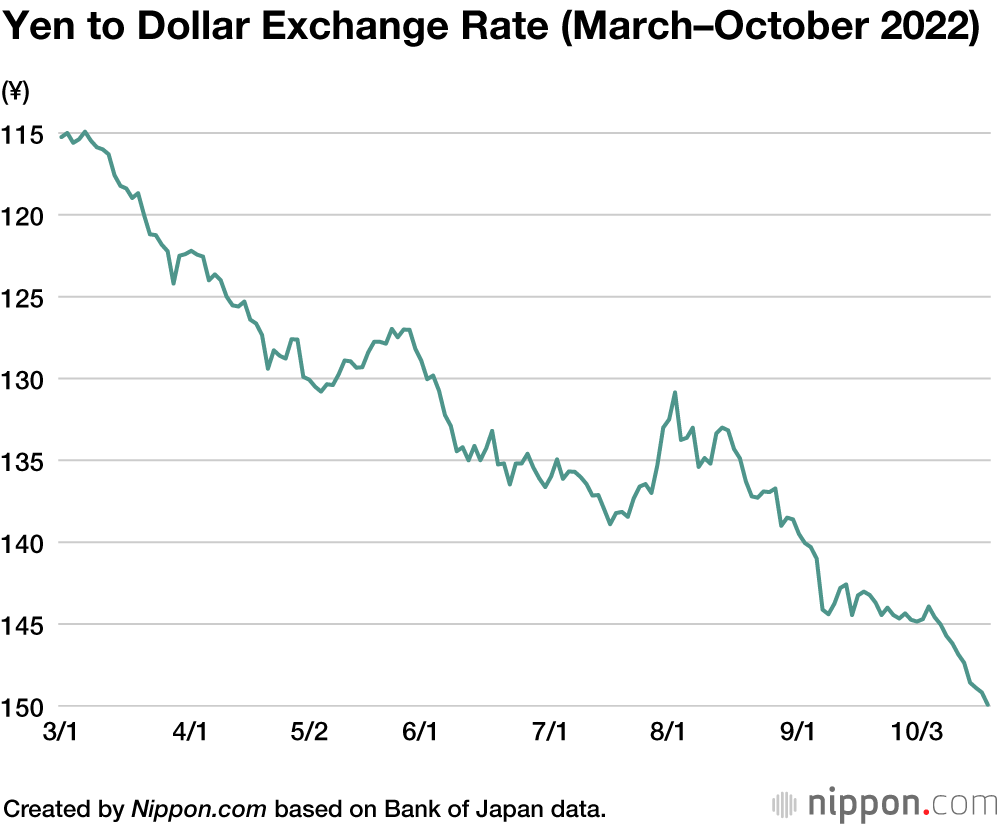 A weakening yen was once welcomed by Japan’s automakers and electronics manufacturers for its boost to repatriated profits earned overseas, but as they have moved more of their manufacturing capacity abroad, this impact has lessened. Meanwhile, the rising cost of imports is causing food and energy prices to spike, impacting Japanese consumers’ pocketbooks.

On October 20, Minister of Finance Suzuki Shun’ichi aimed to stem the yen’s fall by stating: “Excessive volatility in currency markets caused by speculative trading must not be tolerated. The government remains committed to taking firm action against these moves.” However, expectations are rising that US interest rates will remain high as a bulwark against inflation, and as the BOJ shows no sign of backing away from its program of monetary easing, the gap in interest rates between the two countries will make it difficult to halt the yen’s further slide. 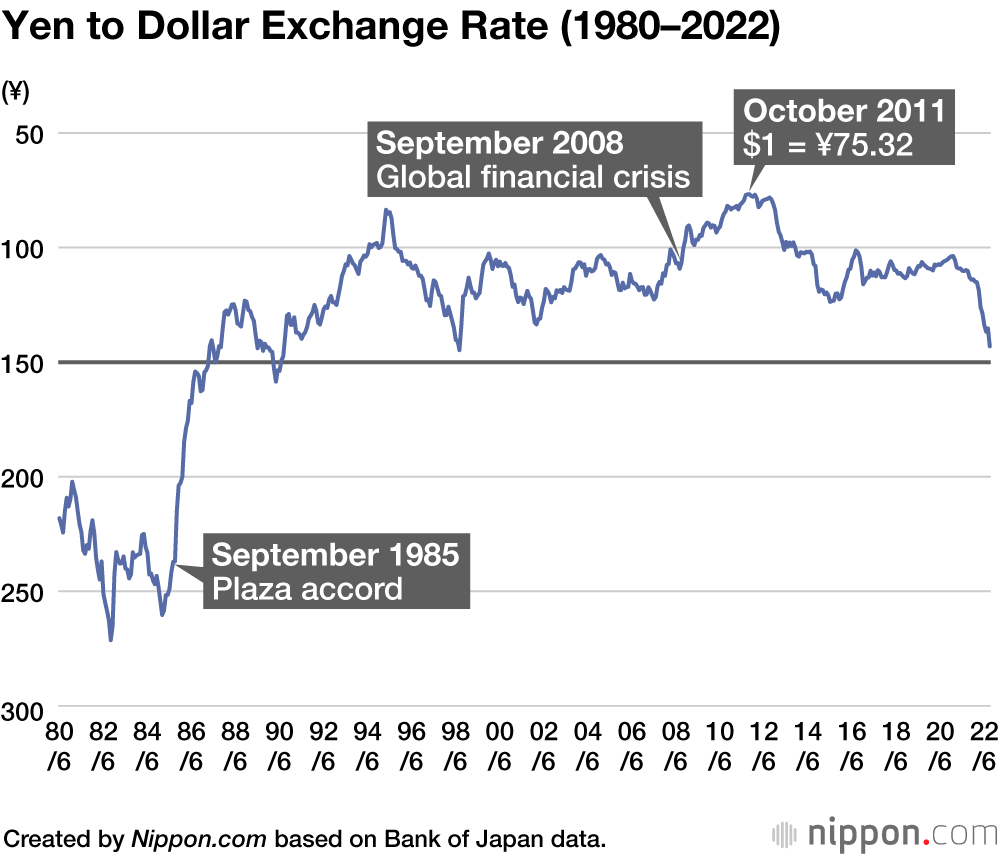