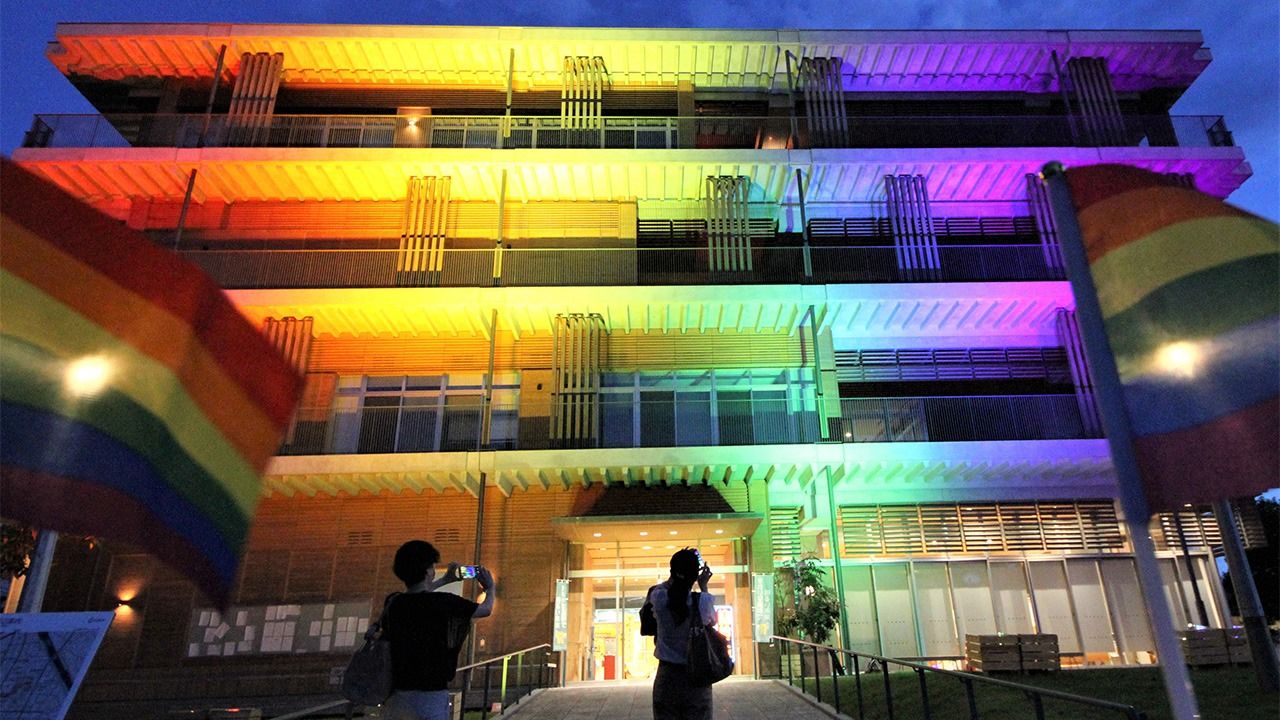 Gender and Sex Nov 28, 2022
An increasing number of municipalities across Japan have introduced partnership systems that offer LGBTQ couples public acknowledgment of their relationships. From November 1, Tokyo joined the fast growing ranks when it launched its own system.

A survey conducted jointly by NPO Nijiiro Diversity and Shibuya in Tokyo revealed that 239 Japanese municipalities have adopted same-sex partnership systems as of October 10, 2022. It also found that as of September 30, partnership certificates have been issued to 3,456 couples. 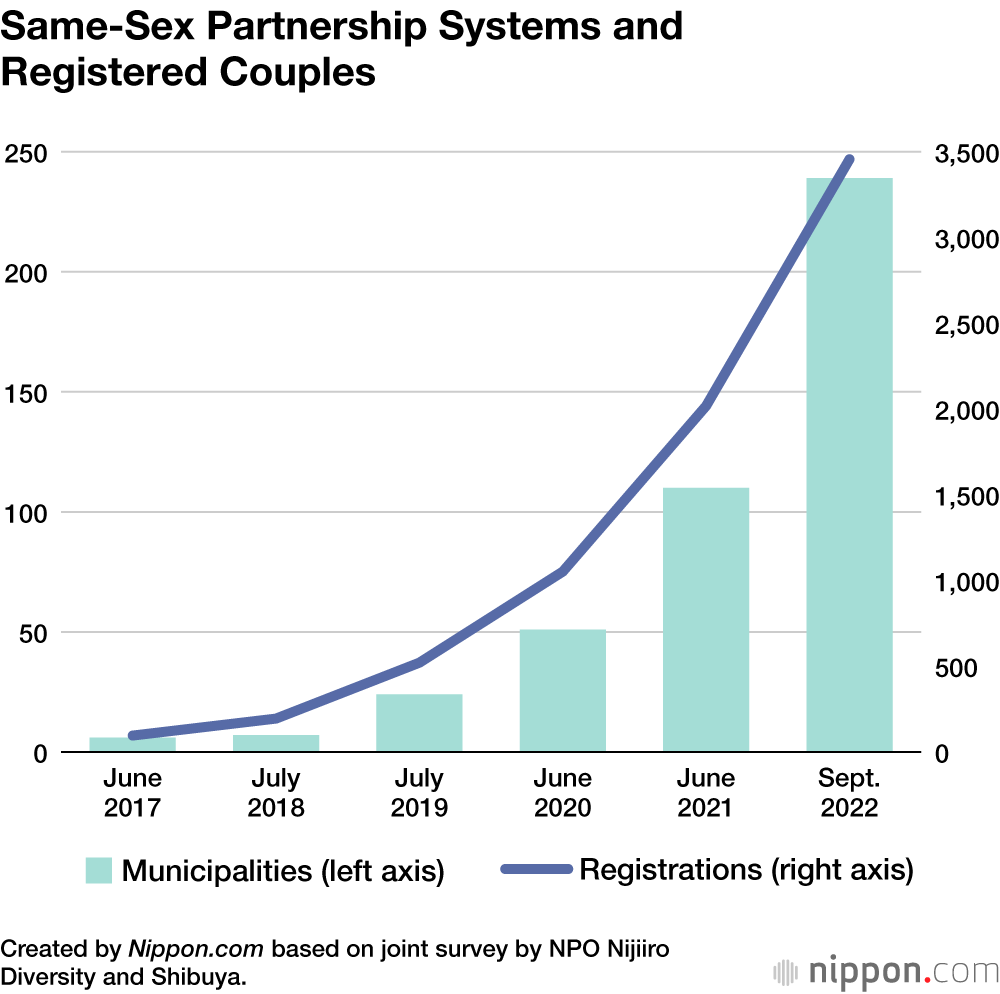 In 2015, Shibuya and Setagaya in Tokyo became the first municipalities in Japan to introduce partnership systems. Under such systems, resident same-sex couples who live together can register for a certificate recognizing their relationship as equivalent to marriage. The certificates afford same-sex partners certain rights provided to married couples, including being recognized as family when applying for public housing.

A growing number of local governments around the country have introduced similar systems. In 2020, 38 municipalities adopted measures recognizing same-sex partnerships, followed by 73 in 2021. More than 100 are projected to join the ranks in 2022. On the prefectural level, the inclusion of Tokyo, with a population of around 13 million, brings the ratio of Japanese citizens living in areas with a partnership system to 60%. 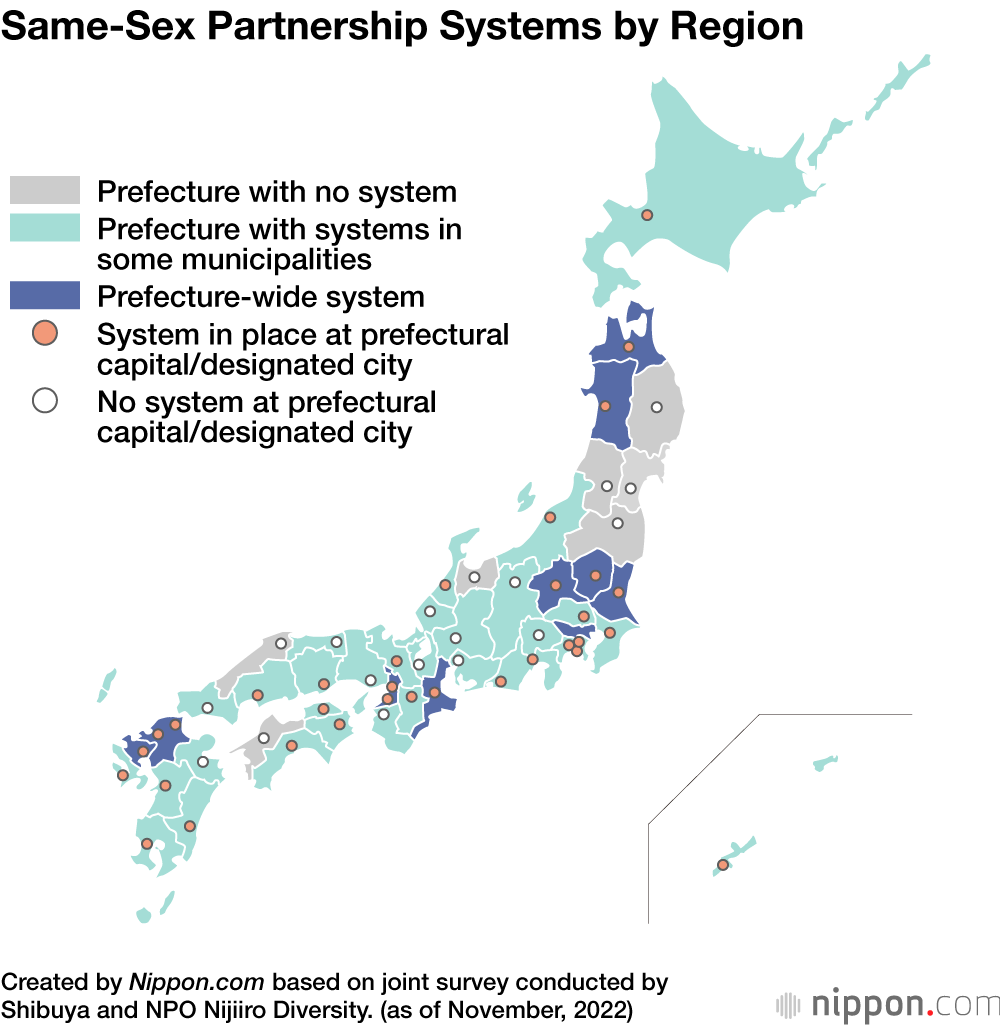 According to a 2019 Ministry of Health, Labor, and Welfare survey of companies, 11% of firms polled provided measures that aim to consider or respond to the needs of sexual minorities. For companies with 1,000 or more employees, the figure was over 40%, decreasing to 10% for companies with 100–999 employees, and under 4% for those with fewer than 100 employees.

(Translated from Japanese. Banner: The city office of Hyūga in Miyazaki Prefecture lights up in rainbow colors on June 23, 2022, to commemorate the launch of the city’s same-sex partnership system. © Jiji.)