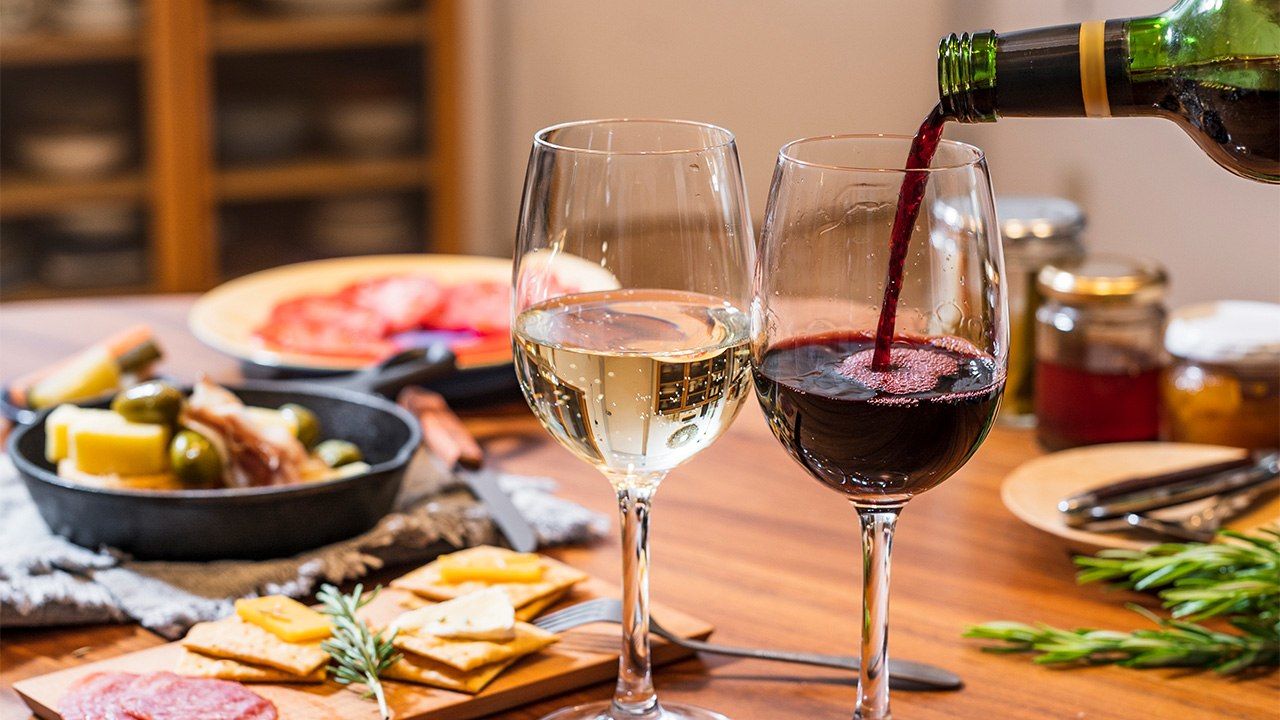 Economy Food and Drink Dec 16, 2022
Drinking wine may have caught on in Japan, but consumption is still relatively low by global standards.

Once regarded as high-class, wine can now be found on sale from as little a ¥500 in convenience stores and supermarkets, meaning it can be easily enjoyed at home.

The Japanese winemaker Mercian compiled wine statistics, drawn from data published by the Ministry of Finance’s Customs and Tariff Bureau and the National Tax Agency, and found that domestic consumption in 2020 was 347,710 kiloliters. This was a 1.4% year-on-year decrease due to the effect of the COVID-19 pandemic, but when compared to 2010, it indicates a 30% increase, and looking further, the market has grown eightfold over the forty years since 1980. 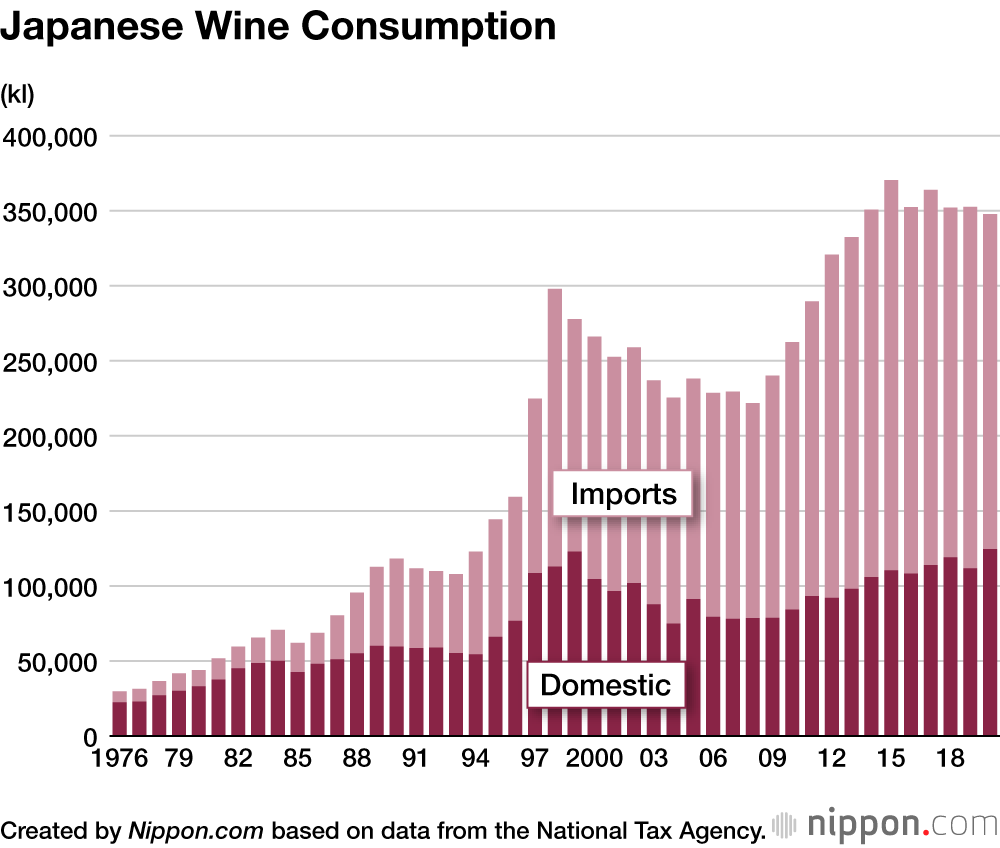 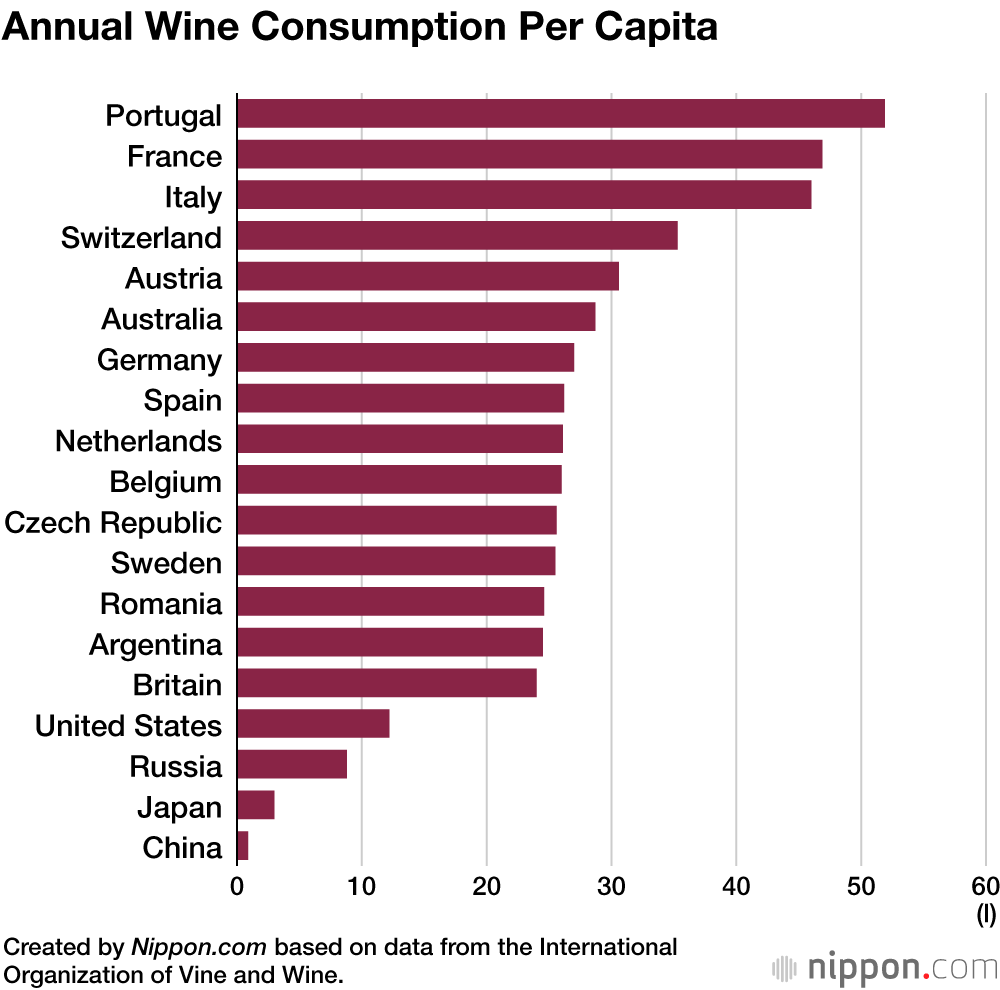 French wines had the largest share of Japanese imports of still wine in 2021 with 28.8%, returning to first place for the first time in seven years. Chilean wines, which had topped the list for the previous six years, accounted for 25.9%.

While Chilean wines have become popular for drinking in daily life due to their high quality at reasonable prices, Mercian suggested that the slight drop in imports is due to “increasing polarization of consumption as more people seek out quality over quantity.”

In the case of sparkling wine, France and Spain are in competition. Cava, produced mainly in Catalonia, Spain, uses the same production method as that for French champagne, but with a more reasonable price, it is popular for casual everyday drinking, including at home. 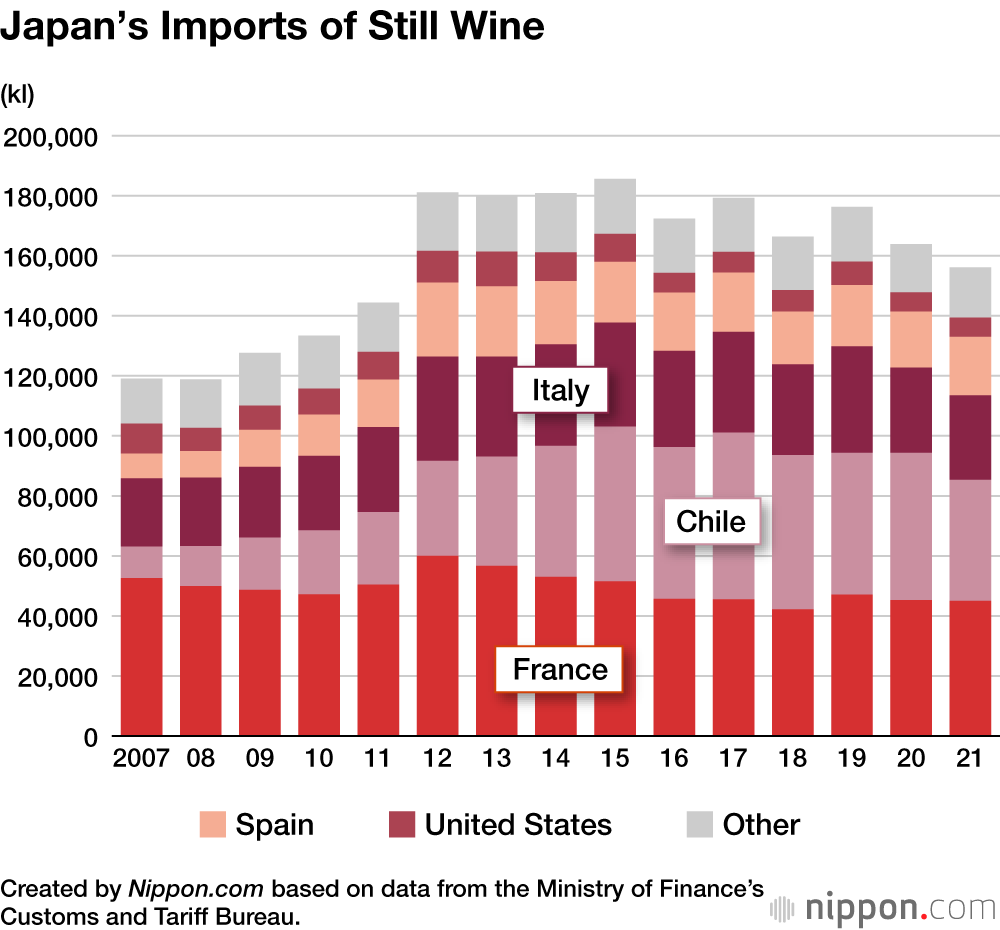 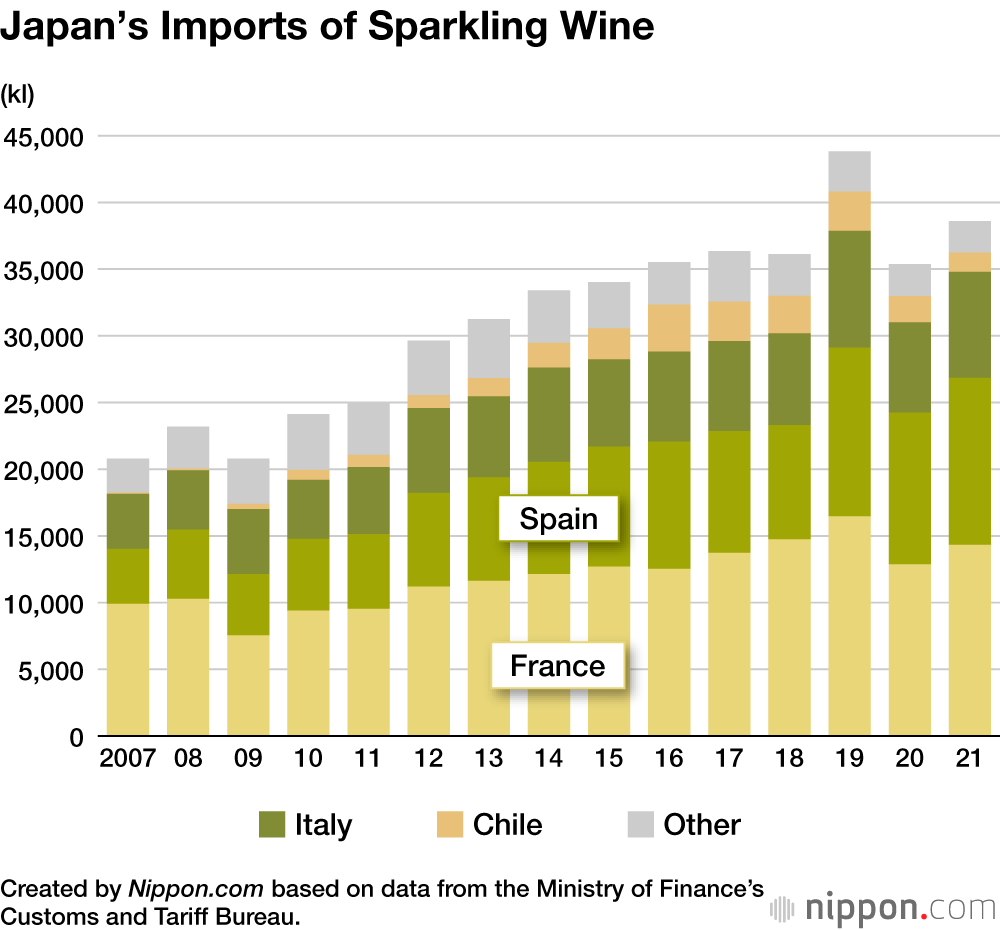