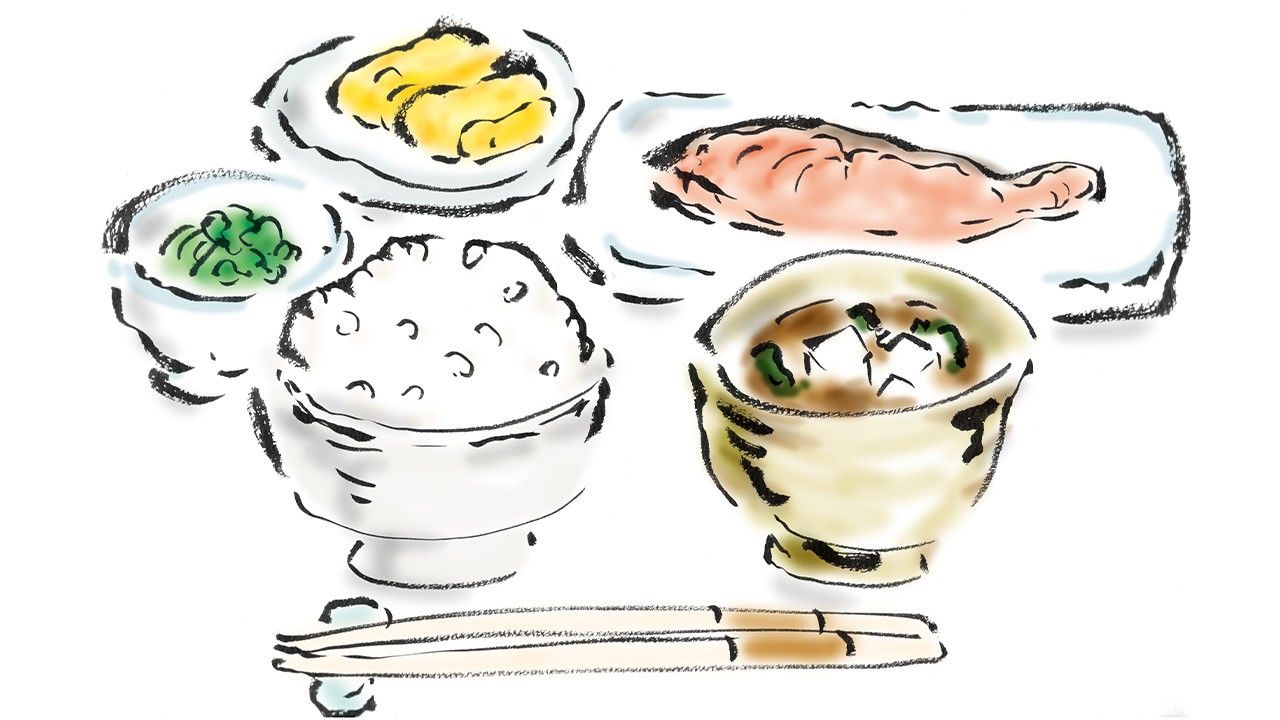 Food and Drink Culture Lifestyle Dec 14, 2022
How to arrange a Japanese breakfast tray, as when having a buffet-style meal at a hotel.

In principle, Japanese cuisine is said to comprise “one soup, three sides” which usually means rice, soup, and two side dishes. But how should the bowls and plates be arranged?

Luckily, there is a logical way to setting the table for Japanese cuisine. And while it is not required knowledge, it can be impressive to onlookers. 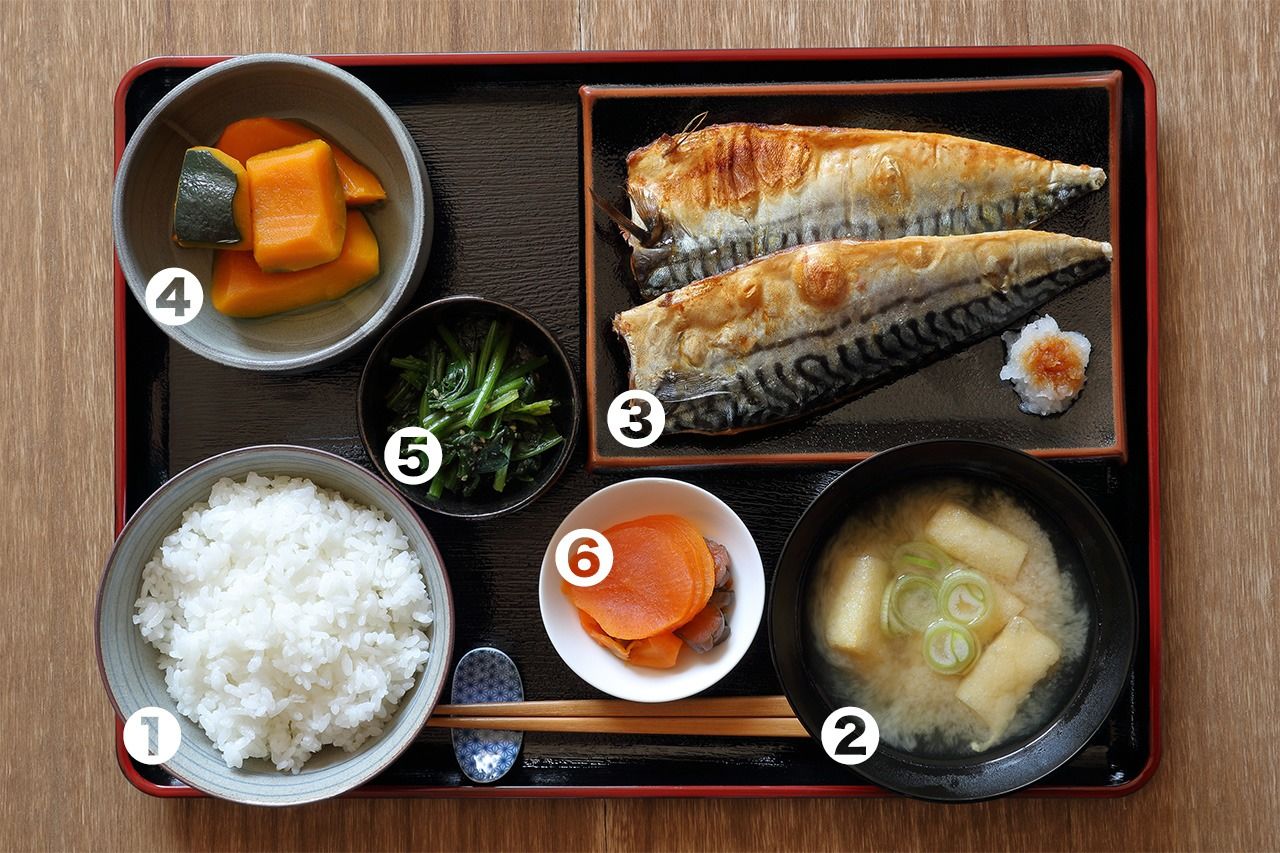 If tea or water is served, place this on the right, so that it is easy to hold with the right hand. 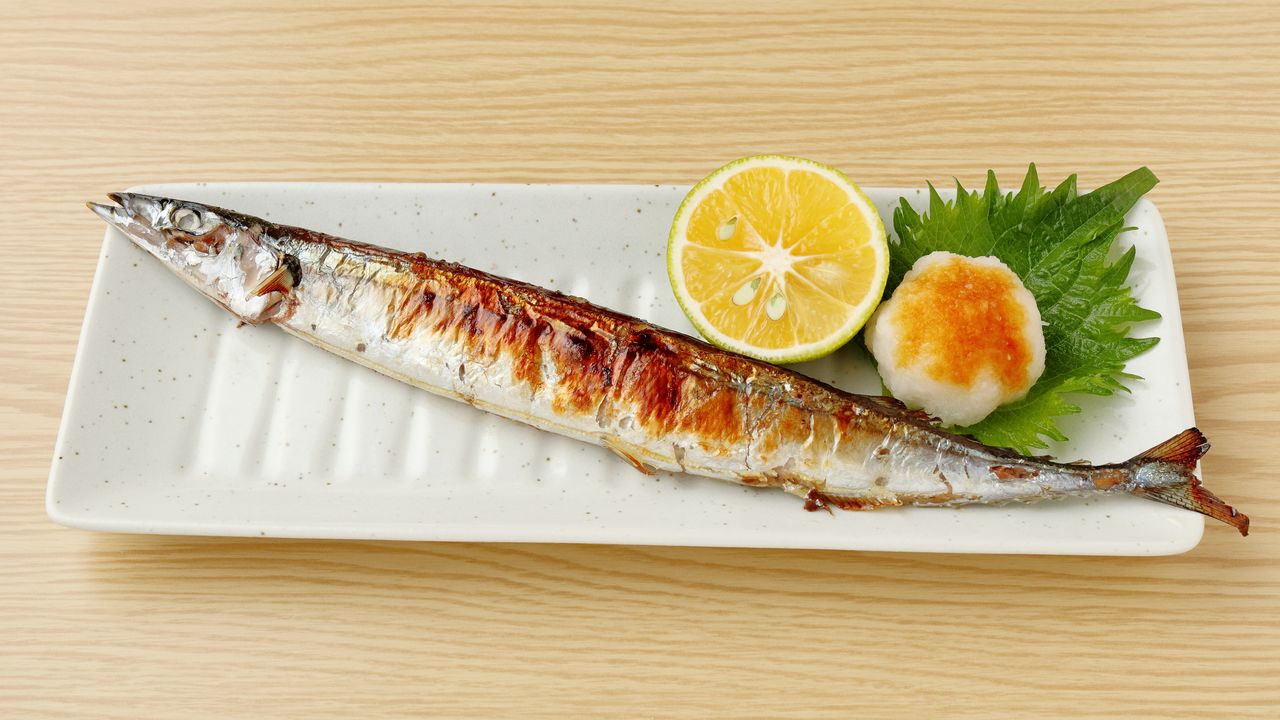 If the main dish served is a whole fish, place it so the fish has its belly toward you, with its head on the left and its tail on the right. Some say that the placing of the rice and the head of the fish to the left is based on an ancient Japanese concept that the left is “superior” to the right (for example, in ancient Japan, the minister of the left ranked higher in court than the minister of the right). Ultimately though, it is easier when eating right-handed to have the head of the fish on the left.

Start eating from behind the head and work your way across toward the tail, loosening the flesh as you go. Flipping the fish over after eating the upper side is considered bad manners. Instead, use your left hand to lightly hold the head in place, remove the backbone with your chopsticks, and then eat the lower side. When you have finished, neatly arrange the head, backbone, and tail at the back of the plate.

If the serving of fish is a fillet, such as salmon or gindara black cod, it is standard to place the wider side to the left, with the skin underneath.

(Translated from Japanese. All photos © Pixta.)