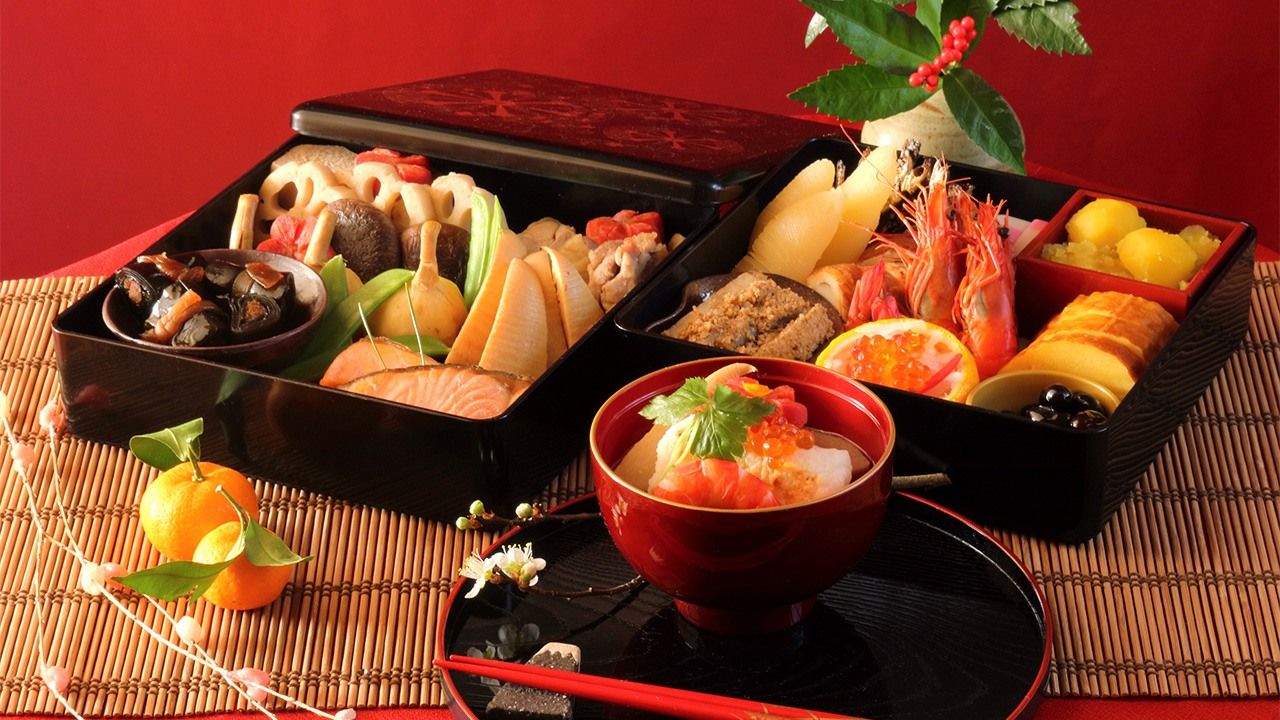 Food and Drink Culture Lifestyle Dec 23, 2022
While osechi ryōri sold in beautiful, layered boxes appear in many advertisements leading up to New Year in Japan, for many people, zōni soup with more common ingredients seems to give them a real sense of the season.

Every year, Kibun Foods runs a nationwide survey, targeting 7,015 married women aged from their twenties through sixties, on themes related to Shōgatsu or traditional Japanese New Year and its osechi ryōri cuisine. For 2022, when participants were asked to name their favorite New Year food, the highest-ranking dish with 47.0% was zōni, a type of soup that includes mochi rice cakes. The other top two dishes were kuri kinton (chestnut and sweet potato mash), with 40.2% and kuromame (black soybeans) at 36.8%. It appears that although Japanese people love the layered lacquer jūbako boxes crammed with sumptuous items, zōni made with simple ingredients like vegetables and chicken may be their soul food.

Incidentally, the phrase osechi ryōri was originally used as a reference to food that was offered to the gods at the change of each season. However, it has now become synonymous with New Year’s cuisine. 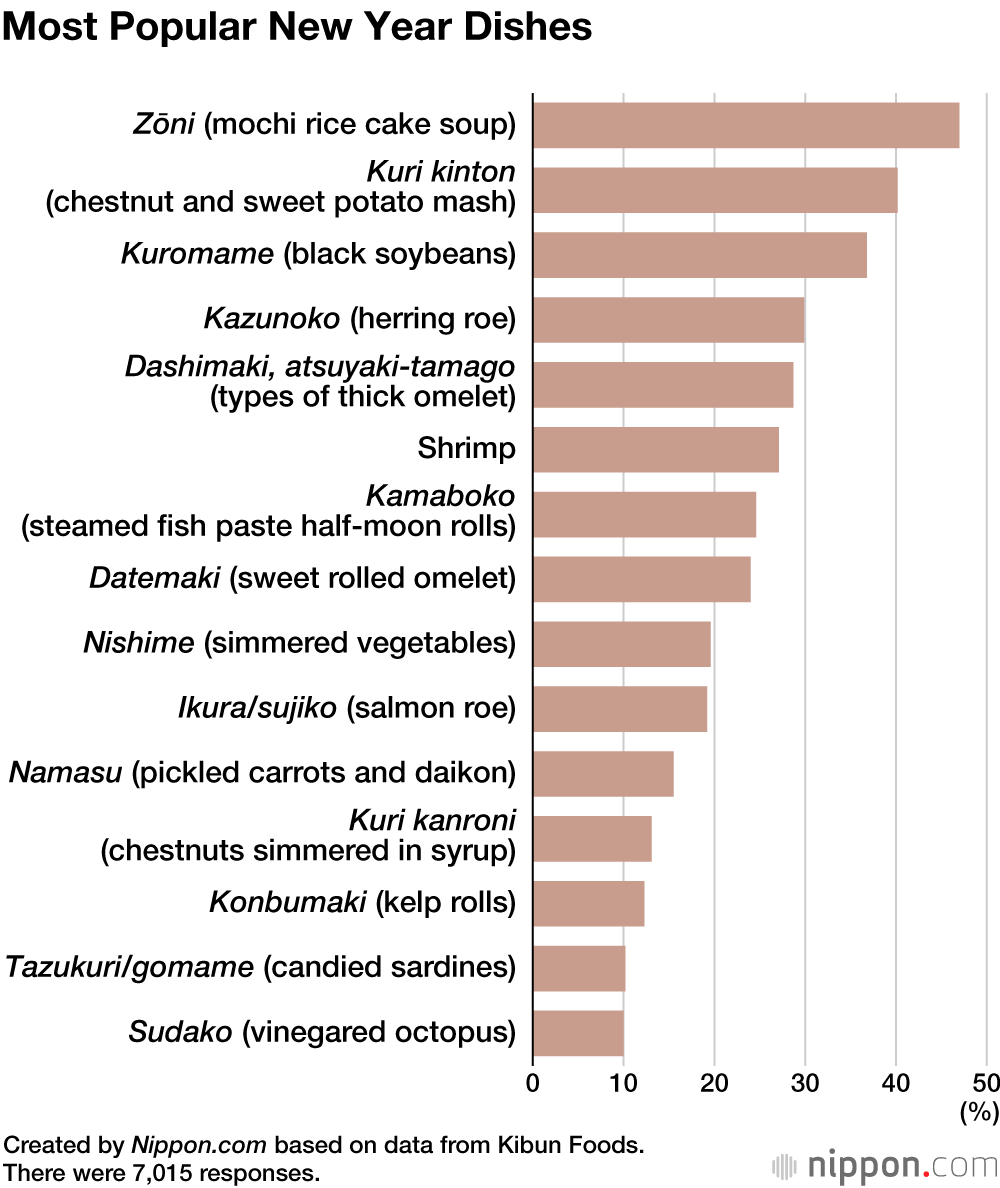 Zōni is a type of soup that uses the mochi rice cakes placed on family home altars as an offering to the New Year’s god Toshigami, believed to visit homes on New Year’s Eve. In the morning of New Year’s Day, this mochi is taken and simmered with a range of ingredients like vegetables, chicken, and seafood. Each household has its own variation and reflects the wealth of flavors in the individual regions.

When it comes to the shape of the mochi though, there is a clear split between rectangular rice cakes in the east and round ones in the west. The line where this split occurs is regarded as being in the area around Sekigahara, Gifu Prefecture, the site of the famous 1600 battle. Prefectures around this border line use both rectangular and round mochi. Although round mochi were traditional, one theory for rectangular mochi becoming more widespread in the east was due to rising demand for blocks that could be produced and transported more efficiently and conveniently, as the population in Edo (now Tokyo) increased.

Even in western Japan though, rectangular mochi are still dominant in Kōchi and Kagoshima. As feudal lords in these areas had to spend long periods of time in Edo, it is thought they brought Edo culture back with them to their home prefectures. 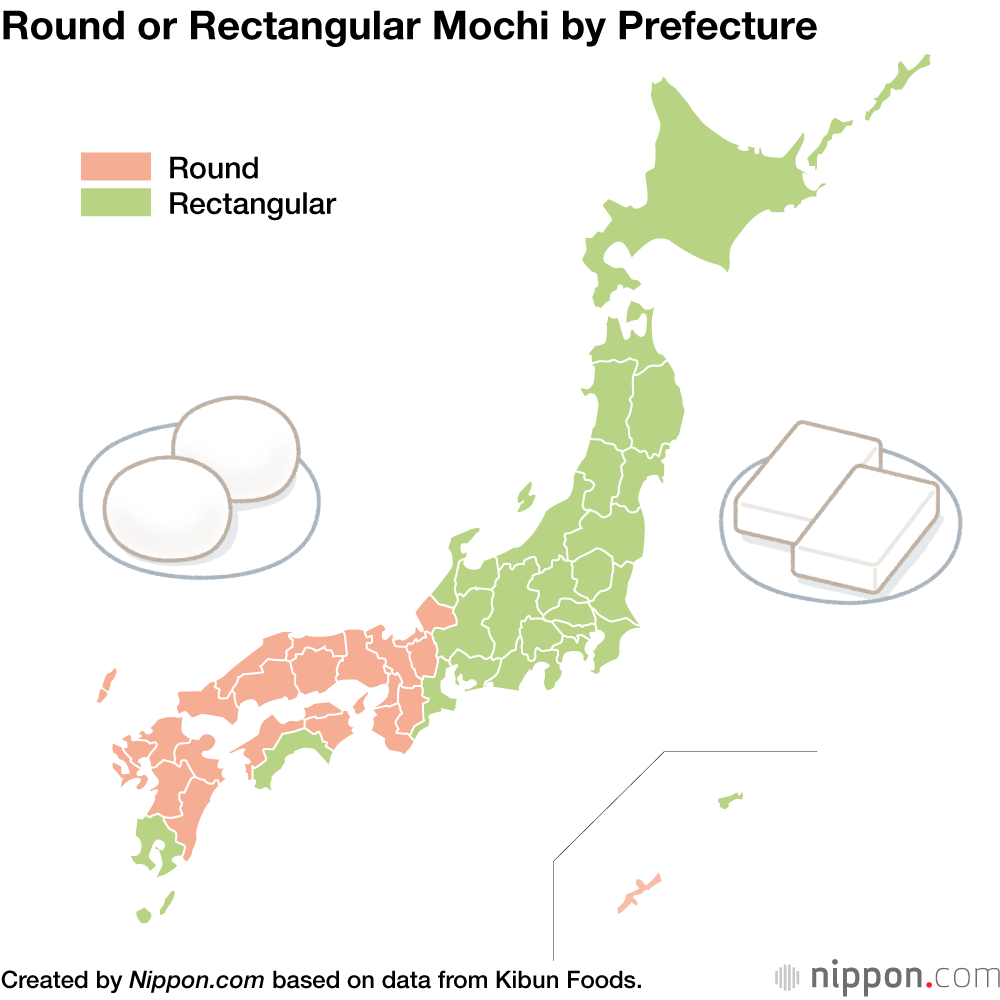 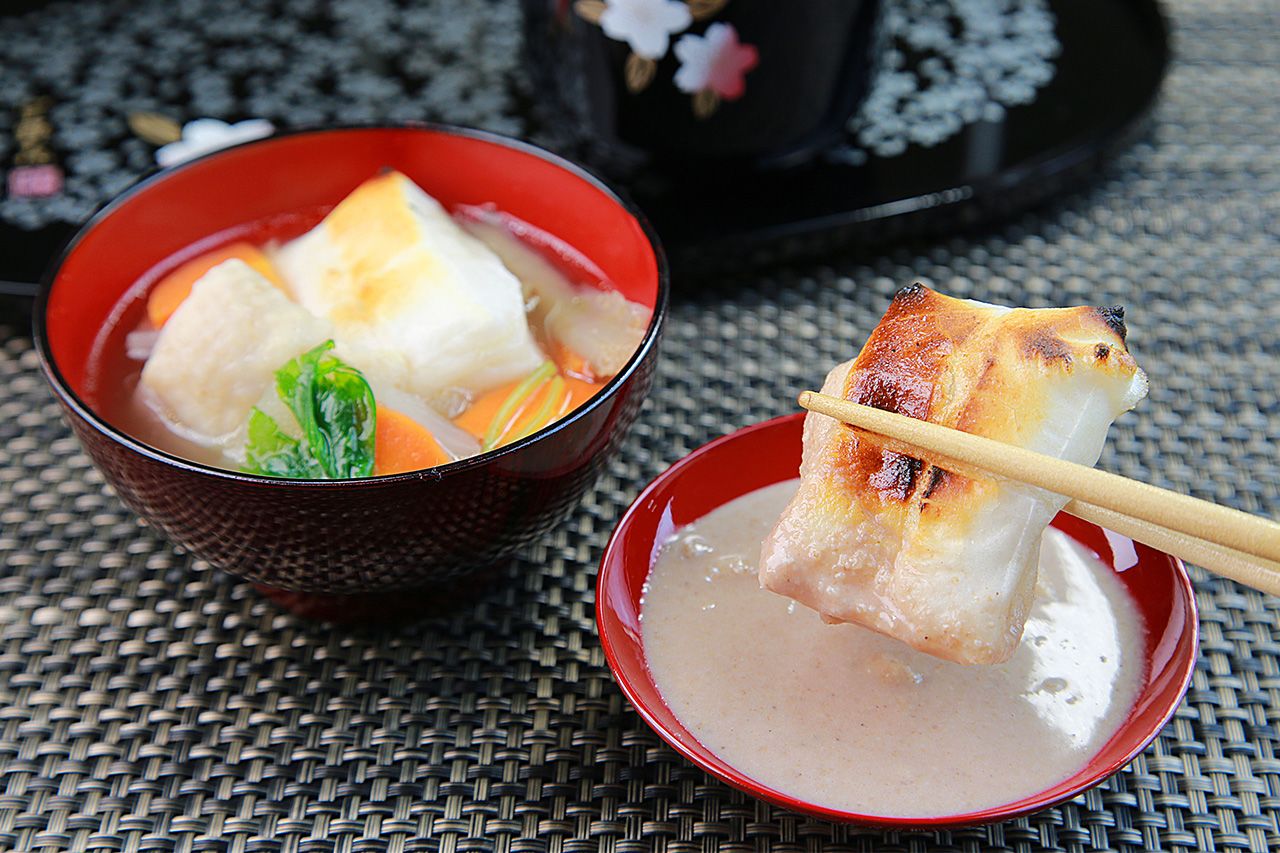 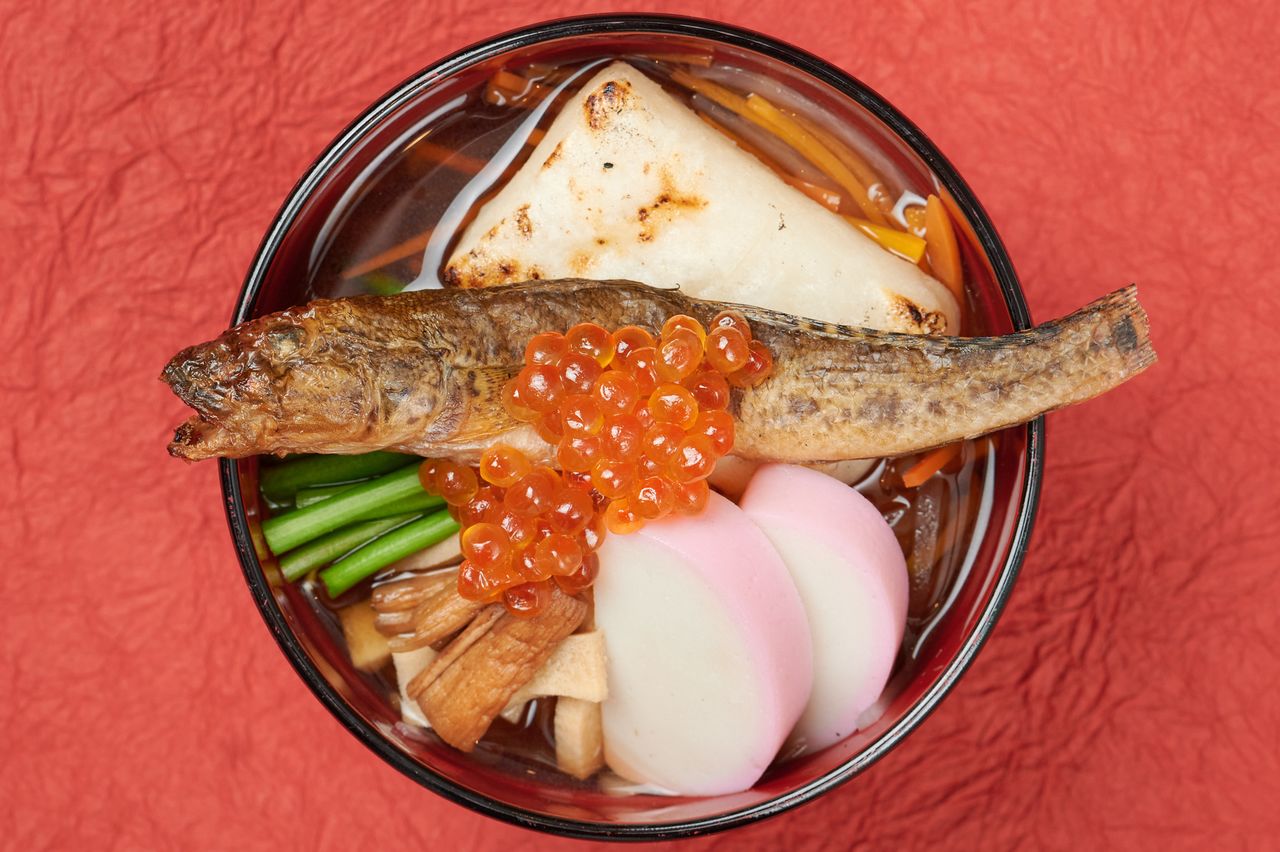 (Courtesy the Ministry of Agriculture, Forestry, and Fisheries) 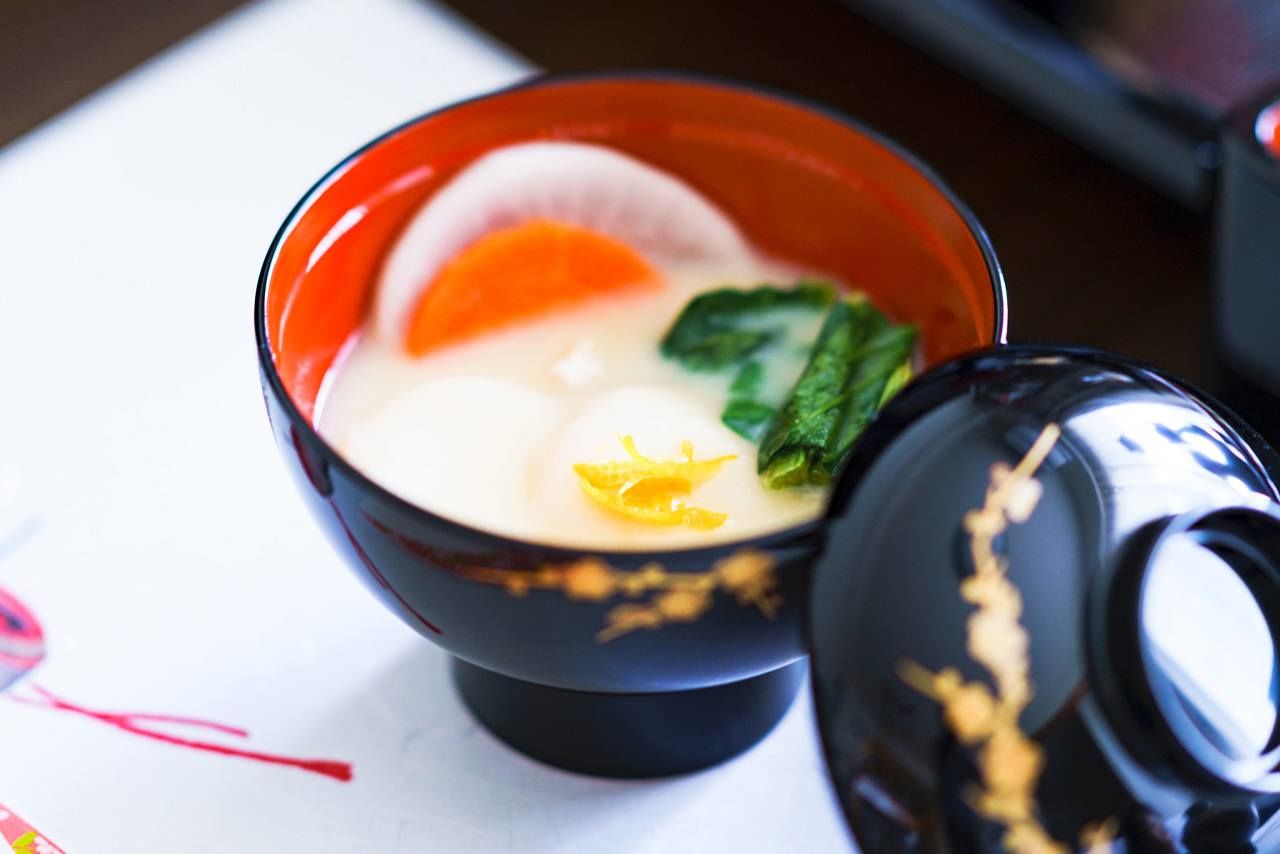 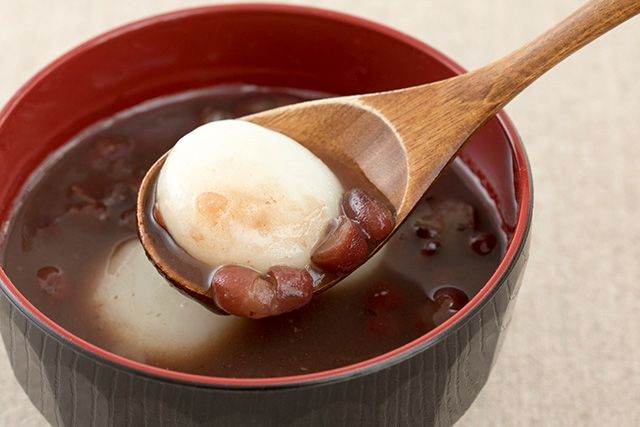 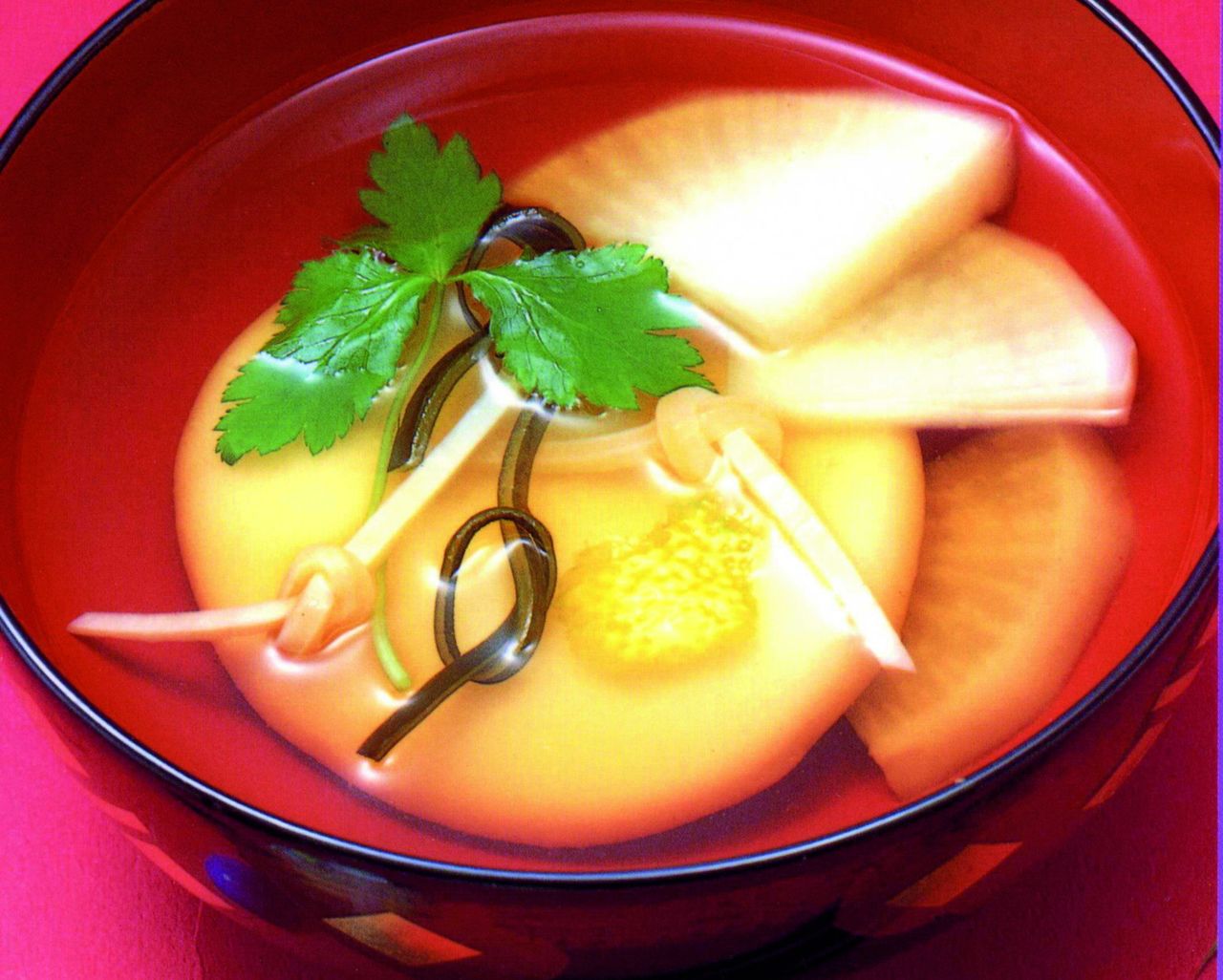 Anmochi-zōni, made with a white miso soup base and mochi with a sweet bean paste filling (Kagawa Prefecture) 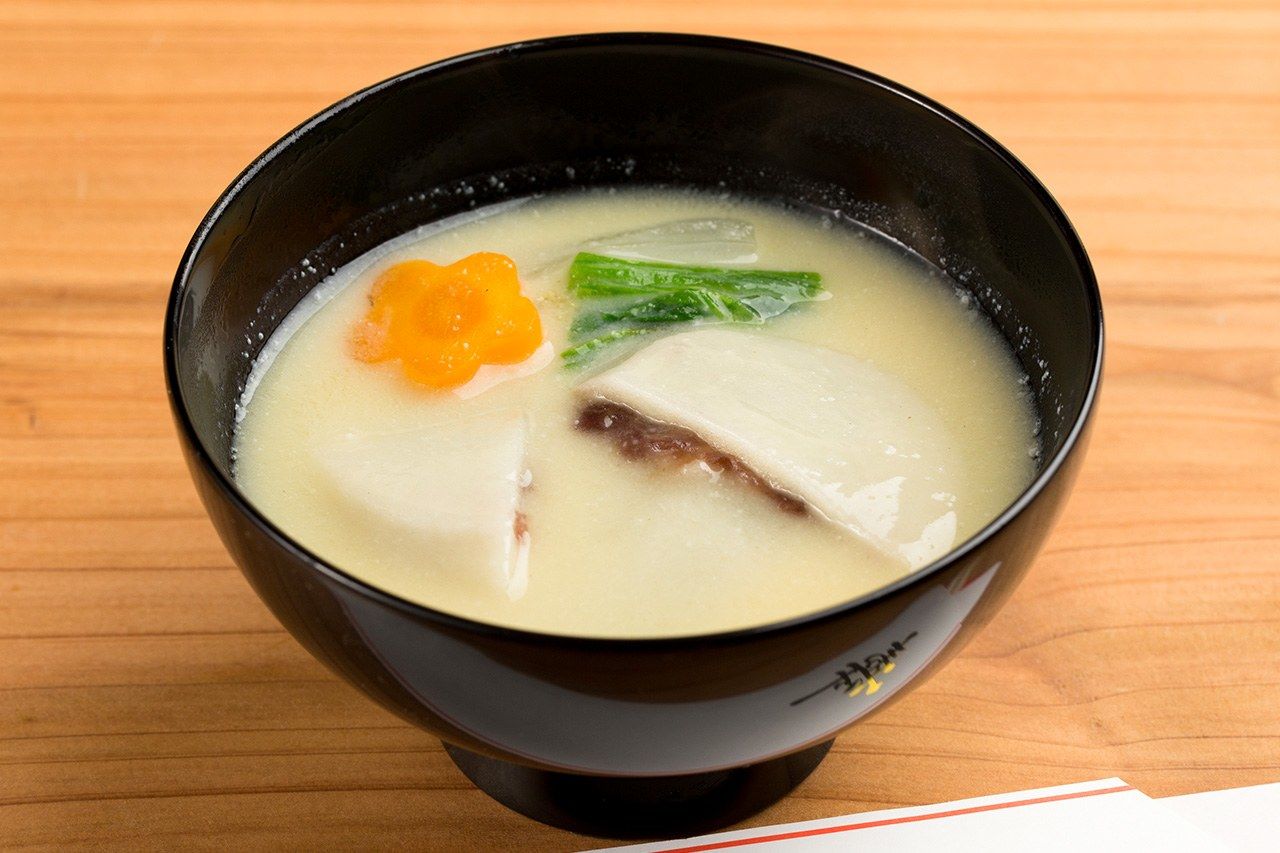 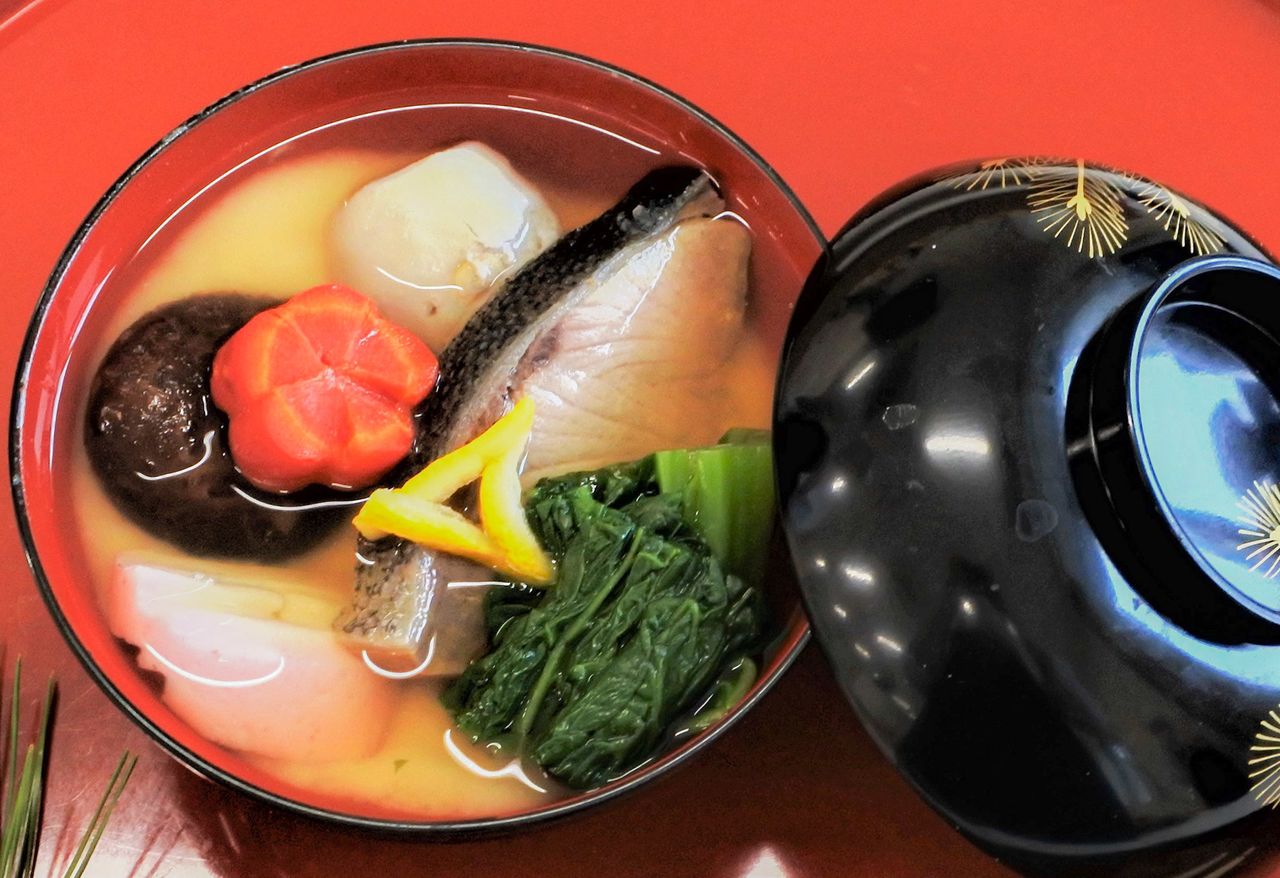 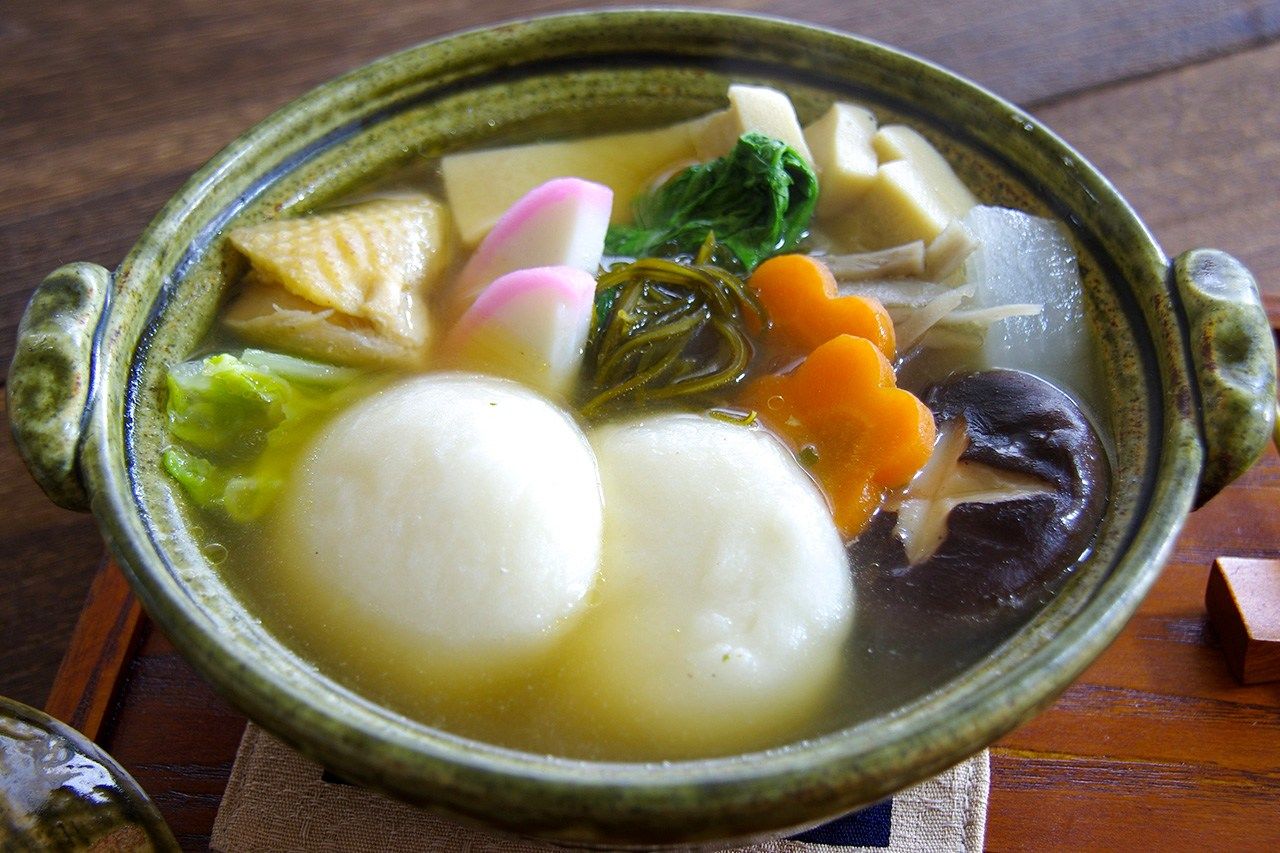