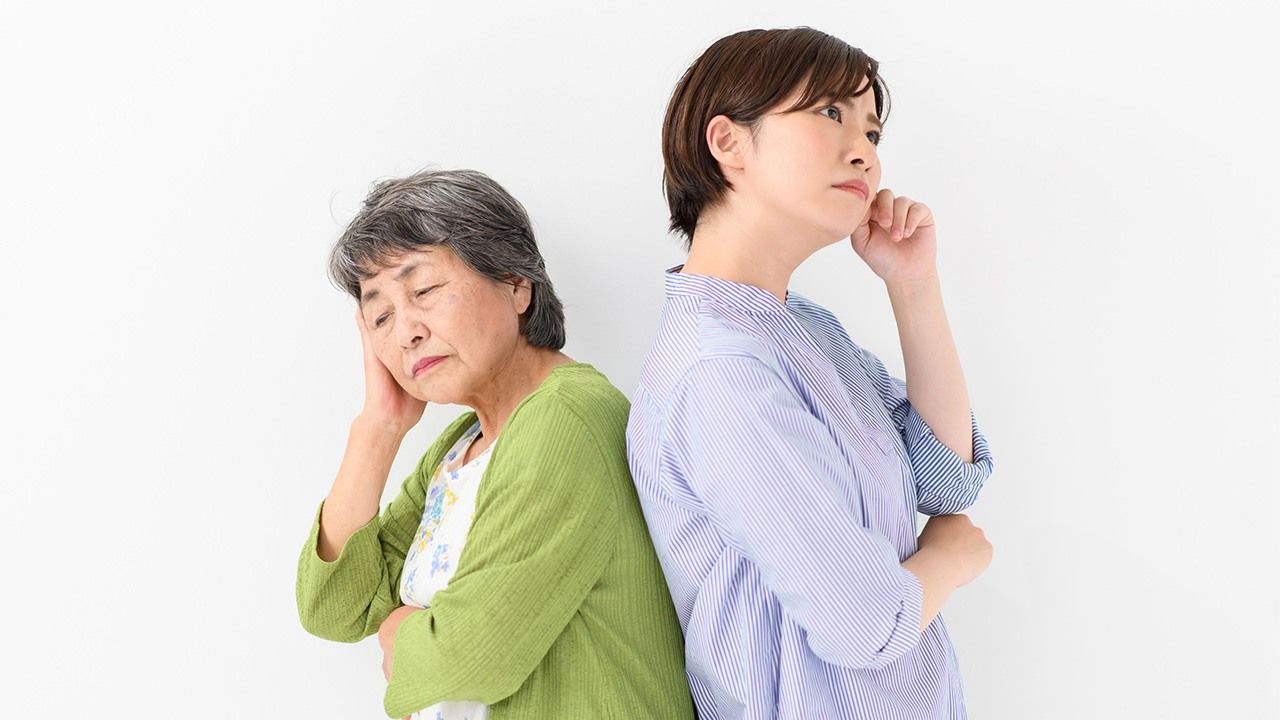 Dementia Dilemma: Many Families Concerned about Risk to Elderly Parents but Avoid Preparing for the Possibility

Family Health Jan 10, 2023
A nursing care survey shows that while many Japanese families are concerned about an elderly parent needing long-term assistance, few have discussed the possibility or made plans.

A survey by Asahi Mutual Life Insurance that looked at awareness of nursing care found that many families did not understand basic factors like cost associated with long-term care even while they considered elderly parents to be at risk of developing dementia. When adult children were asked if they thought a parent would develop dementia, 6.6% of respondents said they felt it would happen in 5 years, and 10.9% believed the condition would likely develop within 10 years. A further 30.9% said that they thought their parents would develop dementia at some point, but could not say when. 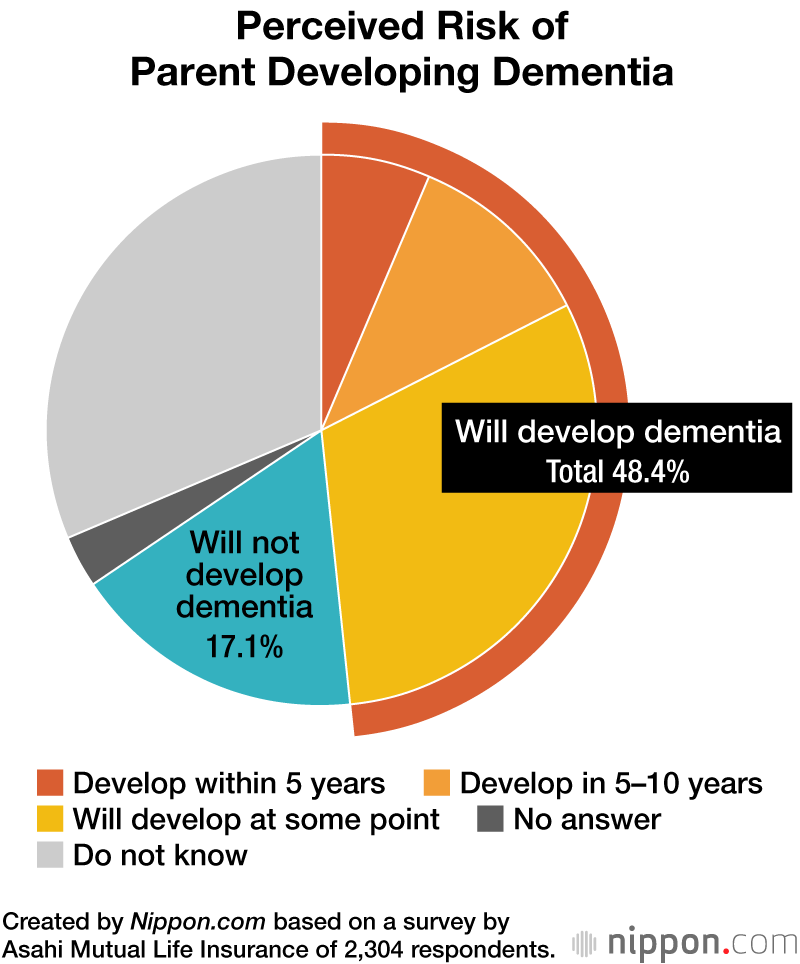 Respondents were most worried about burdening others if a parent does develop dementia, with 59.1% expressing the concern. This was followed by 55.0% of people who were anxious about physical and mental burden of caring for a parent, and 54.7% who feared their parent would start wandering off. 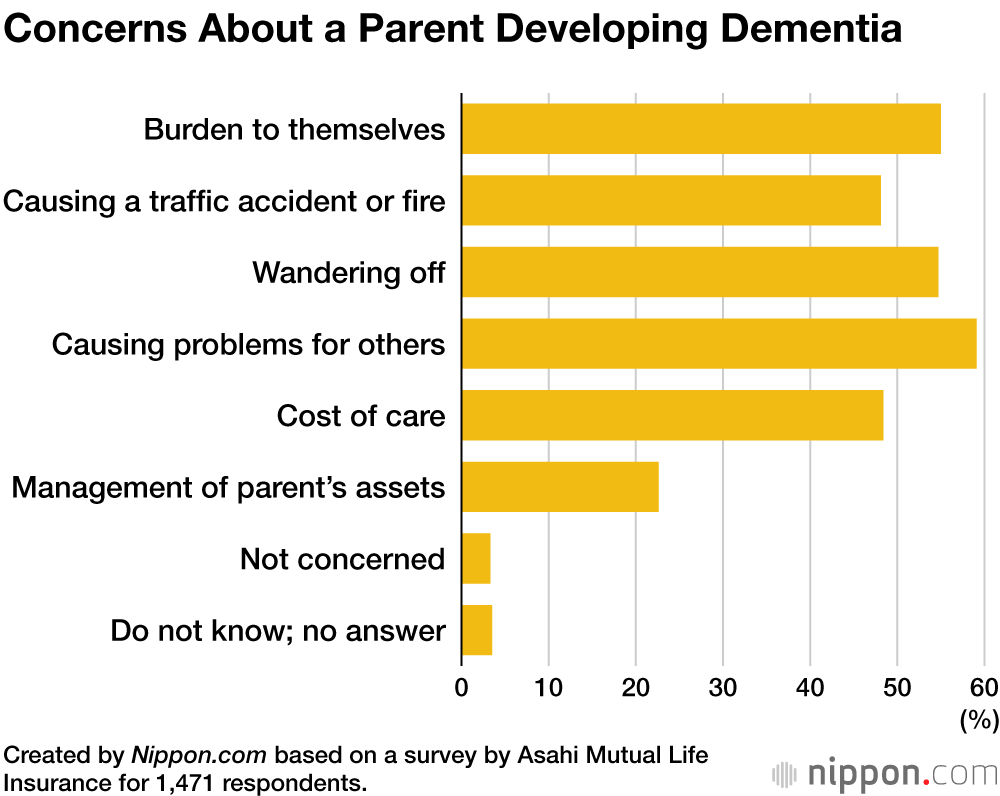 The survey found no consensus concerning the cost of nursing care if a parent develops dementia, with 49.5% of respondents saying that they do not know how much the financial burden would be. 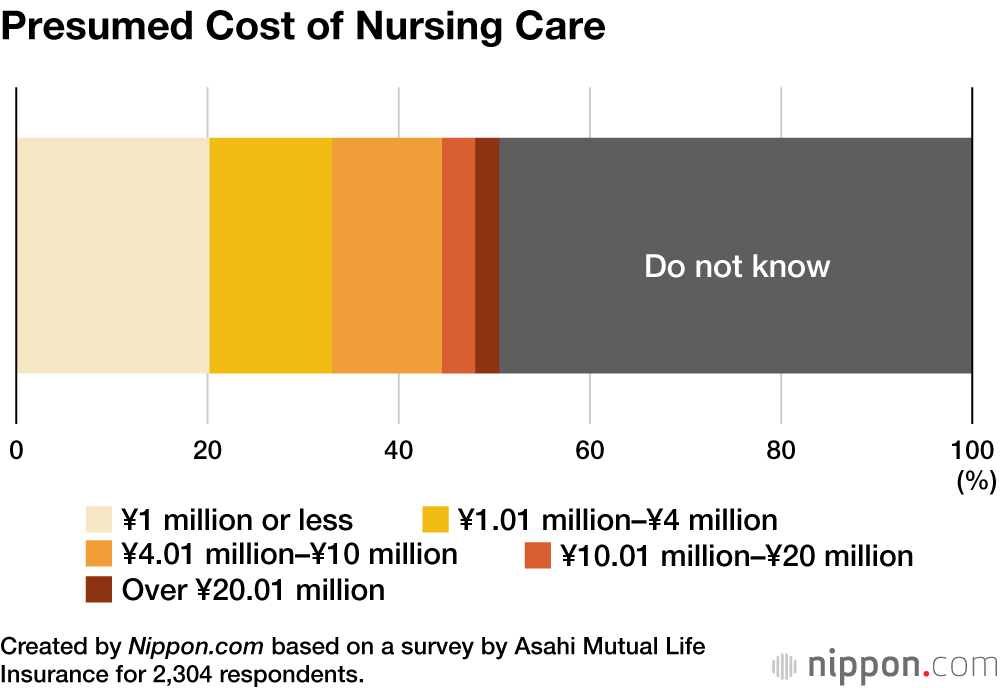 The survey also revealed that only 6.5% of respondents have talked at length with family members about future care arrangements and how to cover costs. Nearly 70% of respondents answered that they had discussed the matter, but not in detail, or had broached the subject yet. A further 7.1% said they are not planning to discuss the matter with their parents.

The need to care for parents is a situation that will likely arise at some point. The results of the survey have highlighted that despite having concerns, adult children and family members prefer to avoid facing up to the difficult issue. 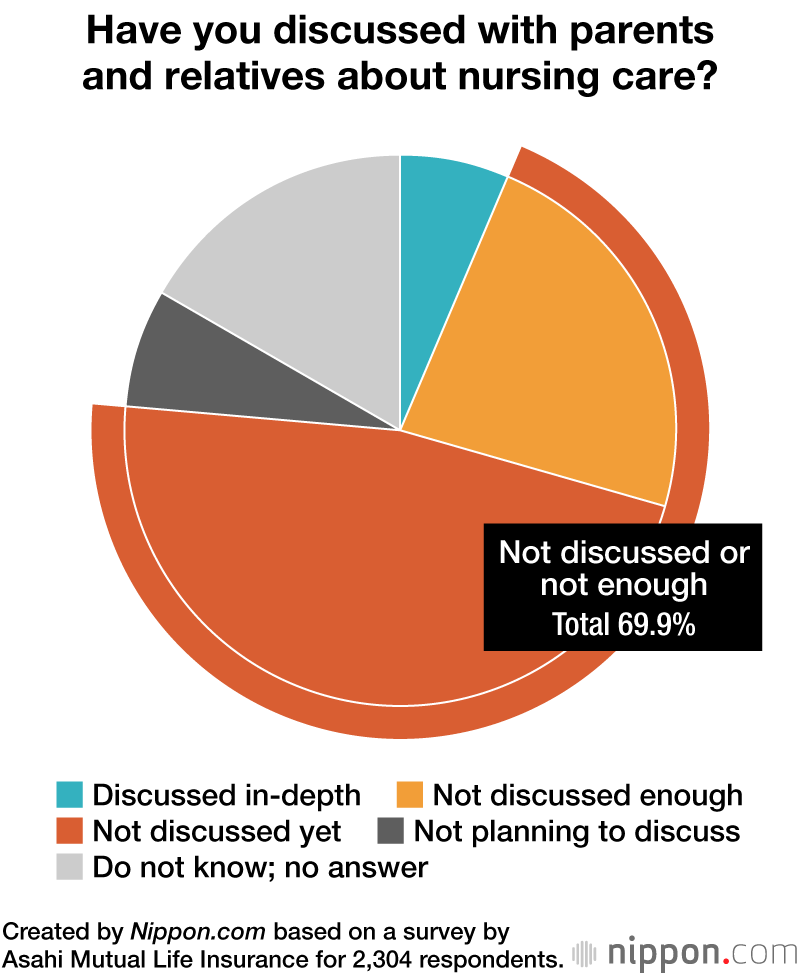