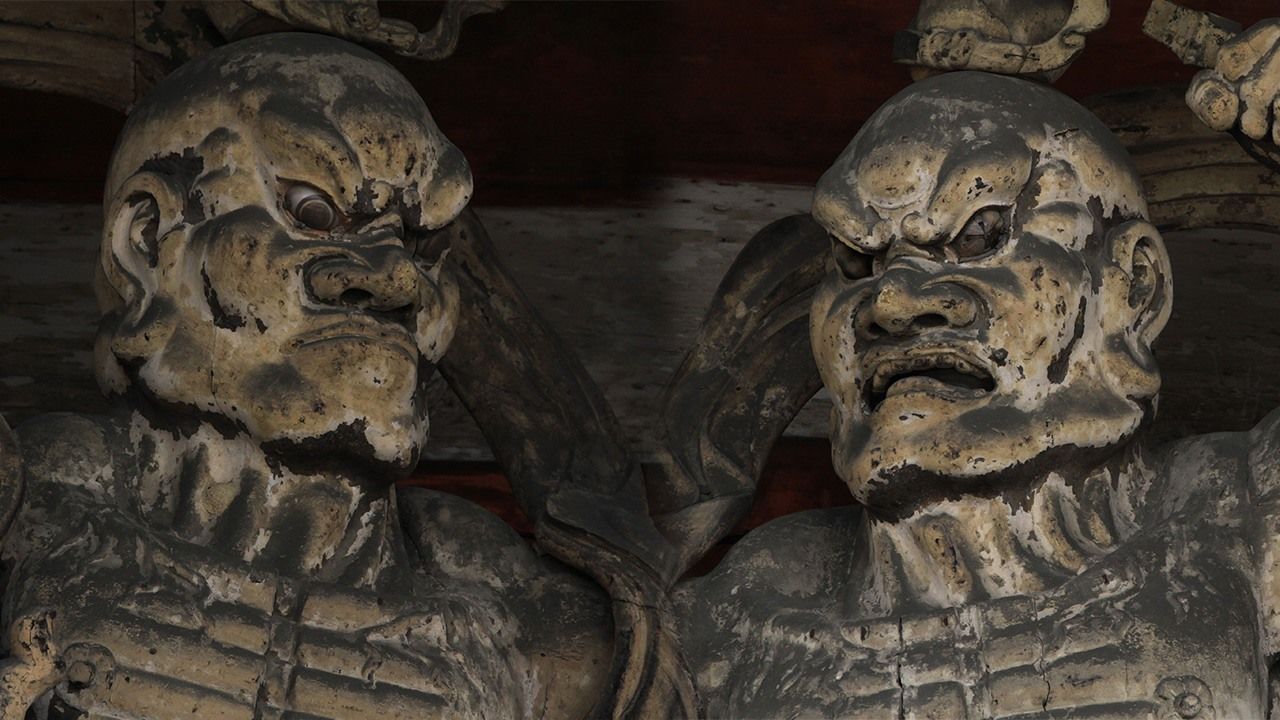 Niō: The Guardians at the Temple Gates

Culture History Jan 18, 2023
Guardian statues are a familiar sight at the entrance of Buddhist temples around East Asia. This article introduces the Niō statues of Japan.

Niō guardian statues, which can be seen at temples, are officially known as shūkongōshin, guardian deities whose role is to protect Buddhism. They are also commonly called kongō rikishi.

Although originally a single god that protected the historical Buddha Shakyamuni, at some point it became split into two different forms. These forms stand on either side of a temple gate to signify that they are guardians of the temple within which the Buddha is enshrined. There they stand like obstacles, glaring down and acting as fierce gatekeepers.

In one hand, they hold an ancient weapon known as a vajra used to fight evil. Legend has it that they can control thunderbolts. Wearing only a long skirtlike train known as a mo around their waists, they bare their muscular torsos, revealing taut abdomens and raised veins, an indication they are drawing on their entire strength. 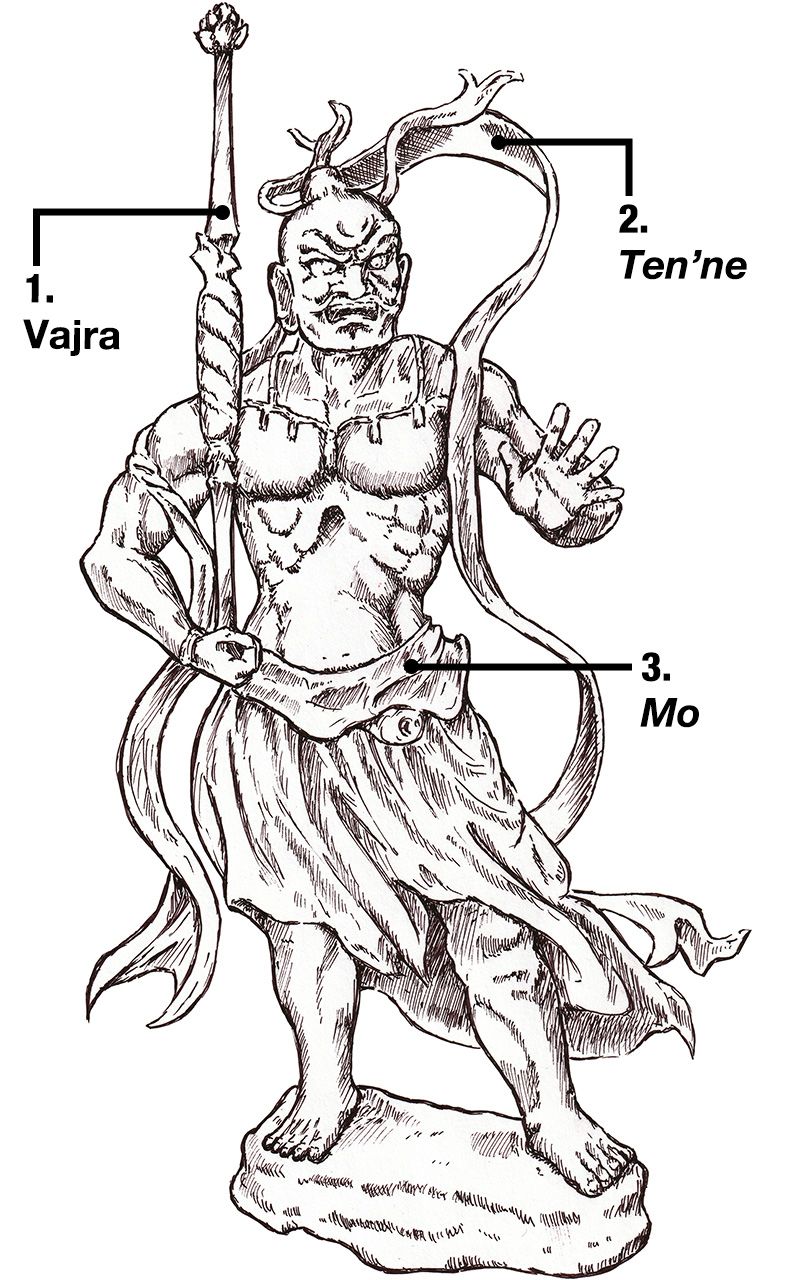 The guardian with its mouth open is called Agyō and the one with its mouth closed is Ungyō. The sound a represents the first sound in the Sanskrit language, while un represents the last sound. It is said that this pairing governs the beginning and end of all things, or in other words that they are omniscient gods. However, many researchers believe that this explanation was developed later.

It is usual for Agyō to stand on the right and Ungyō on the left, but at some temples, such Tōdaiji in Nara and Zenkōji in Nagano, the kongō rikishi standing guard are the opposite way round.

Close to the Hearts of the Common People

The current forms of the Niō guardian statues are thought to have become established during the Heian period (794–1185) with production peaking during the Kamakura period (1185–1333). According to the Japanese historian Ichisaka Tarō, writing in his 2009 book Niō, the powerful image of these statues matched the tastes of the rising samurai clans in Kamakura and at the same time were favored by the people who, suffering from a succession of wars, preferred realistic-looking Buddhist statues in their search for salvation.

From the Edo period (1603–1868) onward, worshipping Niō with their strong physiques was said to bring good health and sturdy legs, so they became popular among the common people. Hanging at the Niōmon Gate at Hyakusaiji in Shiga Prefecture are a pair of giant three-meter-long straw sandals, believed to be the footwear of Niō. Originally they were 50 centimeters long, but as worshippers were touching them in order to pray for sturdy legs, the sandals were gradually made bigger. New ones are woven every 10 years and dedicated to the temple. 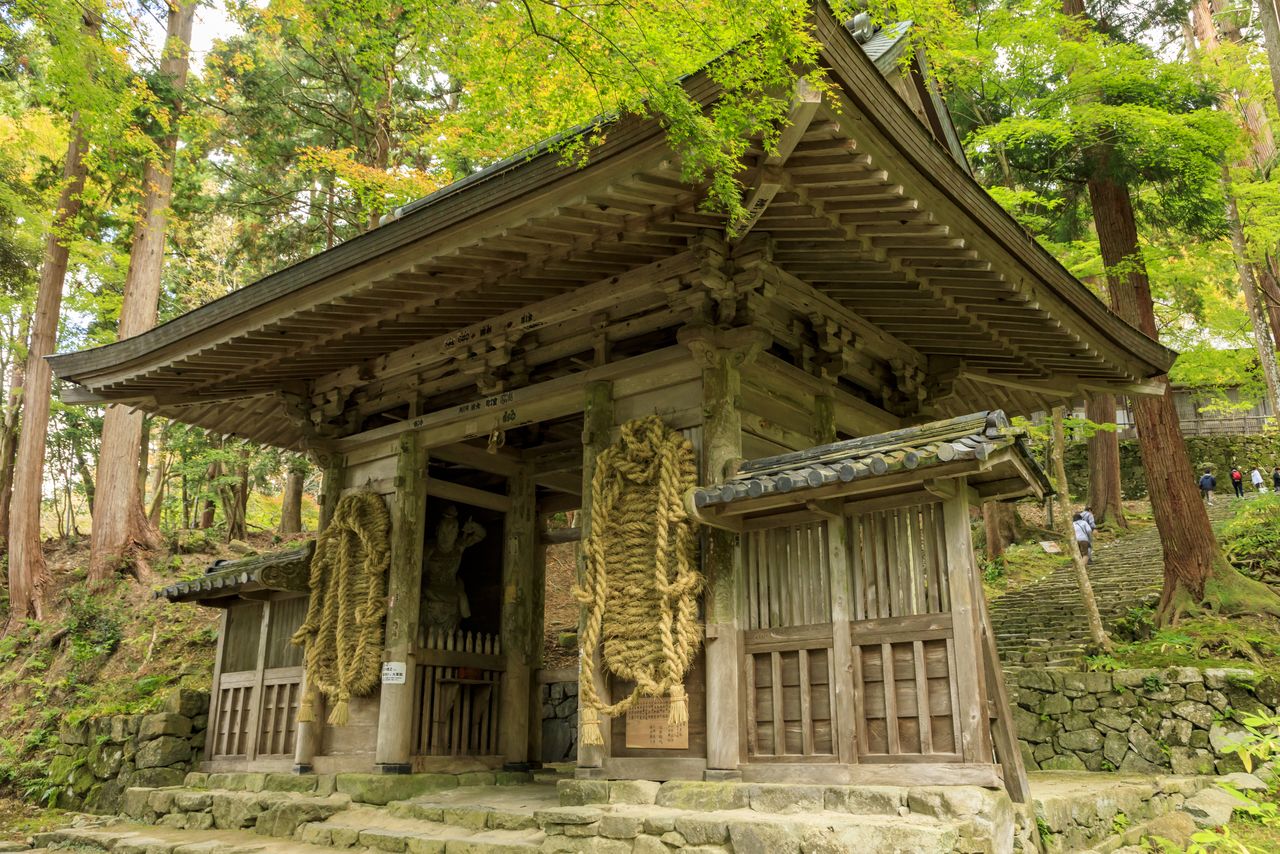 The giant straw sandals at the Niōmon Gate, Hyakusaiji. It is said that Niō take them off at night and stand inside the gate to rest. (© Pixta)

The Edo period was also a time when measles and smallpox epidemics took many lives. It was believed that if a child passed between the legs of Niō their symptoms would be mild. This ritual known as matakuguri is performed even now around Japan to wish for a child’s good health and growth.

Ichisaka further mentions in his book that despite their fierce appearance, there are oral stories and folklore that show the guardian deity was a familiar presence for the common people. Some would say that Niō helped them with the farm work and there is a tale of an old woman who farted and when she asked “Niō ka?” (“Does it smell?”), a Niō out wandering in the night overheard her and ran away, thinking that she had said “Is that Niō?” and knew where the deity was hiding.

For Japanese people then, Niō is not an object of fear, but rather a Buddhist statue that they look on with feelings of warmth and closeness.