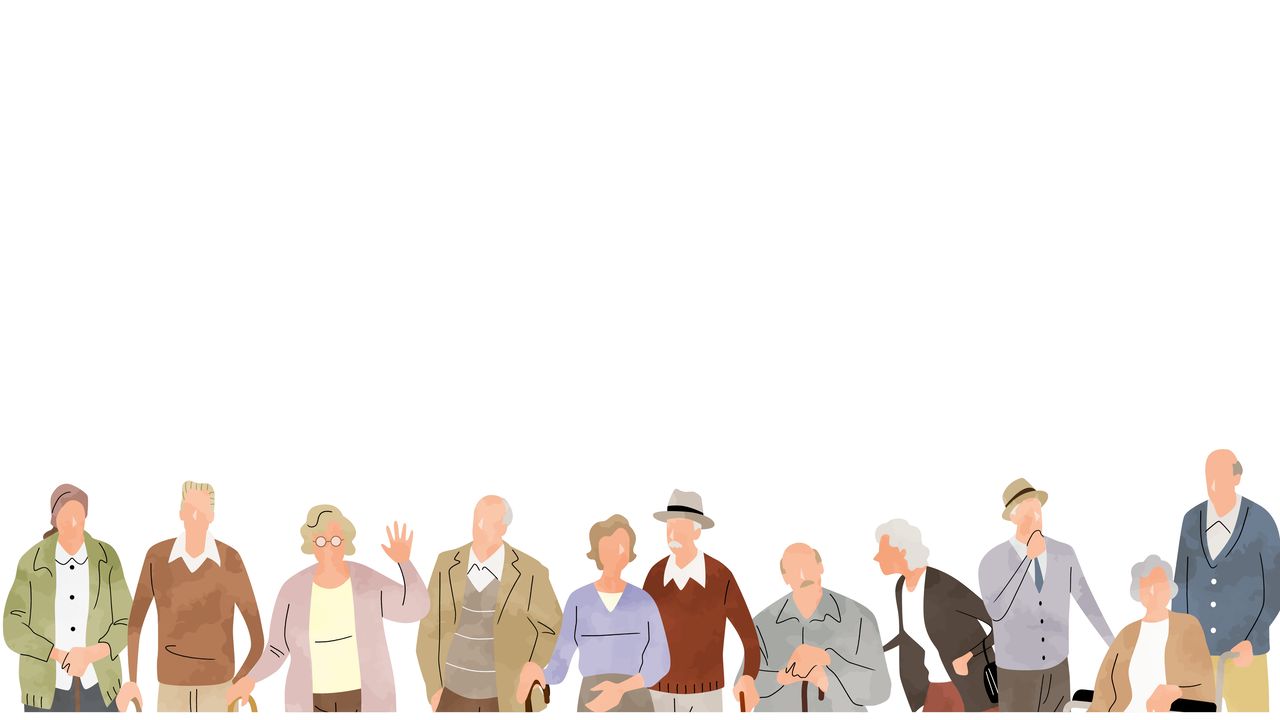 For Aomori though, it was the fifth consecutive time to have the shortest average life expectancy for women and the tenth consecutive time for men; it was also the only prefecture where the men’s average age was under eighty. There was a 1.21-year gap with the expectancy for men in the next lowest-ranking prefecture, Akita. In contrast, Shiga, Nagano, and Kyoto all ranked in the top four for both men and women. The gap between the longest and shortest averages was 1.96 years for women, an increase from 1.74 years in the previous survey. For men, the gap also widened from 3.11 to 3.46 years.

The distribution of average life expectancy figures on the charts below shows that it is generally longer nearer the center of Japan for both men and women, while it is shorter from Kita-Kantō northward.

This survey is conducted every five years and the figures this time were calculated based on the 2020 national census and the number of deaths between 2019 and 2021. 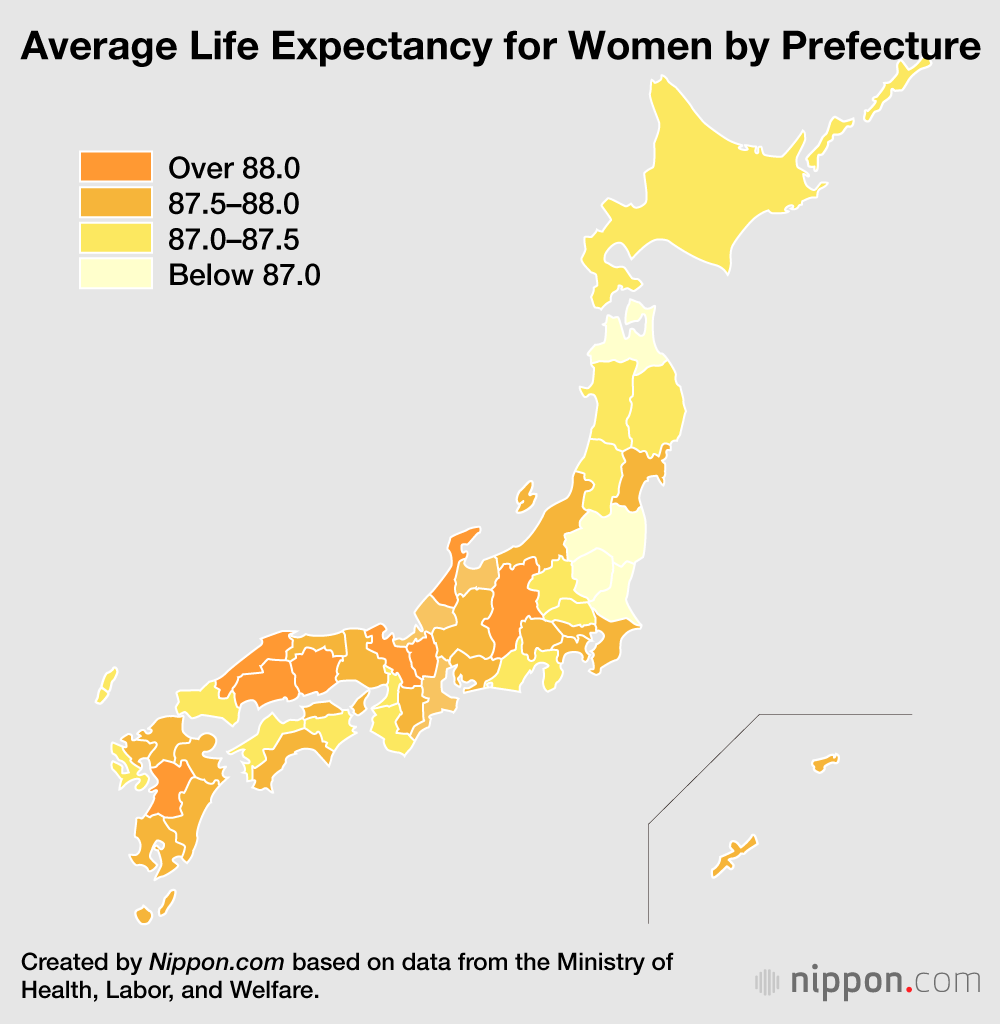 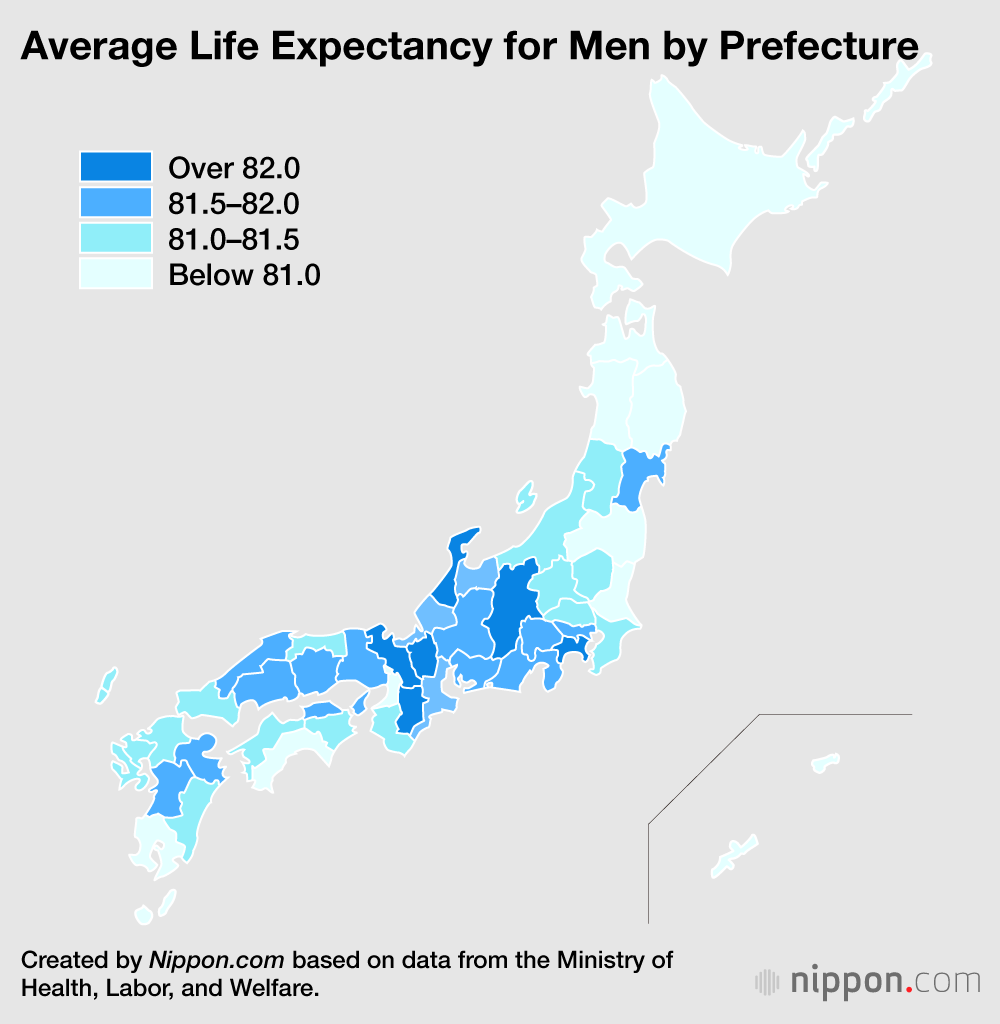