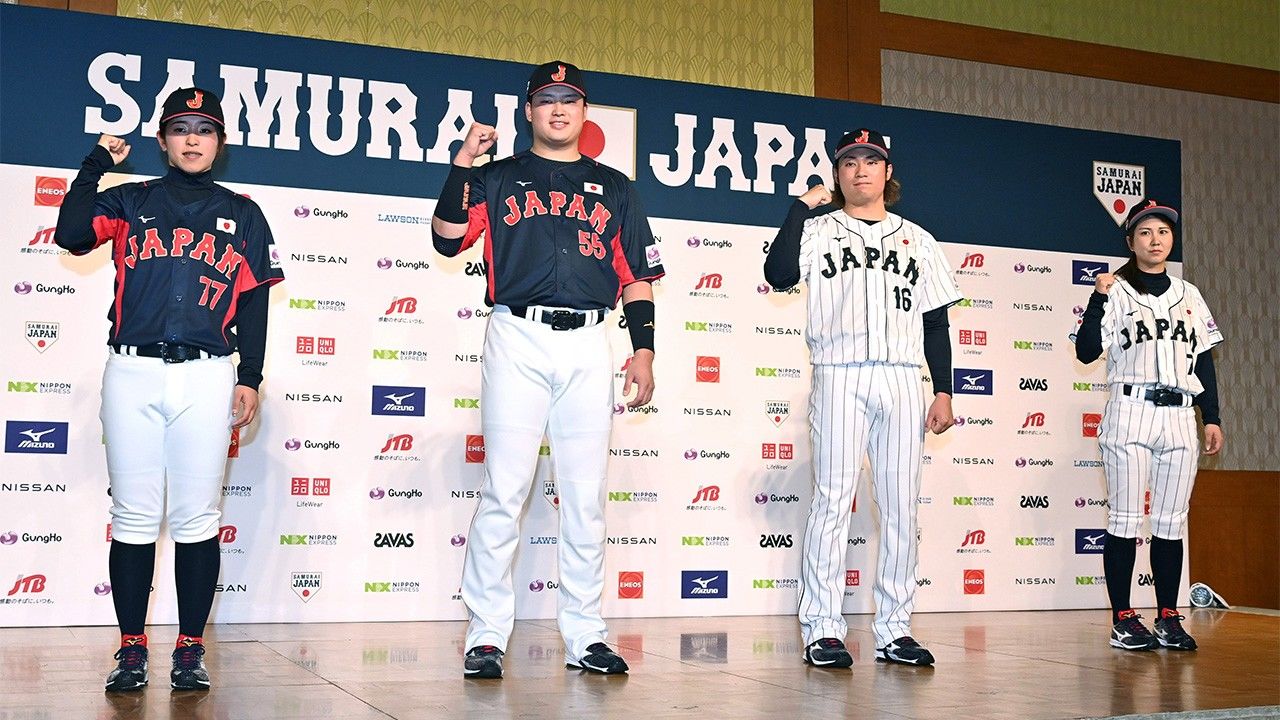 The latest world rankings of the World Baseball Softball Confederation, released in late December, show that Japan has maintained its number-one position for men’s baseball. The other national teams leading the ranking are Taiwan (listed as Chinese Taipei), in second place, followed by the United States, which won the WBSC U-12 international tournament, South Korea, and then Mexico.

WBSC Ranking for Men’s Baseball (as of late December 2022)

(Previous ranking published at the end of December 2021)

The Japanese national team, known as Samurai Japan, has won the World Baseball Classic twice and also won the gold medal at the 2021 Tokyo Olympics. The points for the WBSC ranking are compiled according to performance of national teams in WBSC-sanctioned world tournaments from the U-12 to the top level. The latest ranking reflects performance for the period from 2019 to 2022.

The chart below shows the ranking trends among the major teams. Japan has held the number-one position for eight consecutive years, starting in 2014. 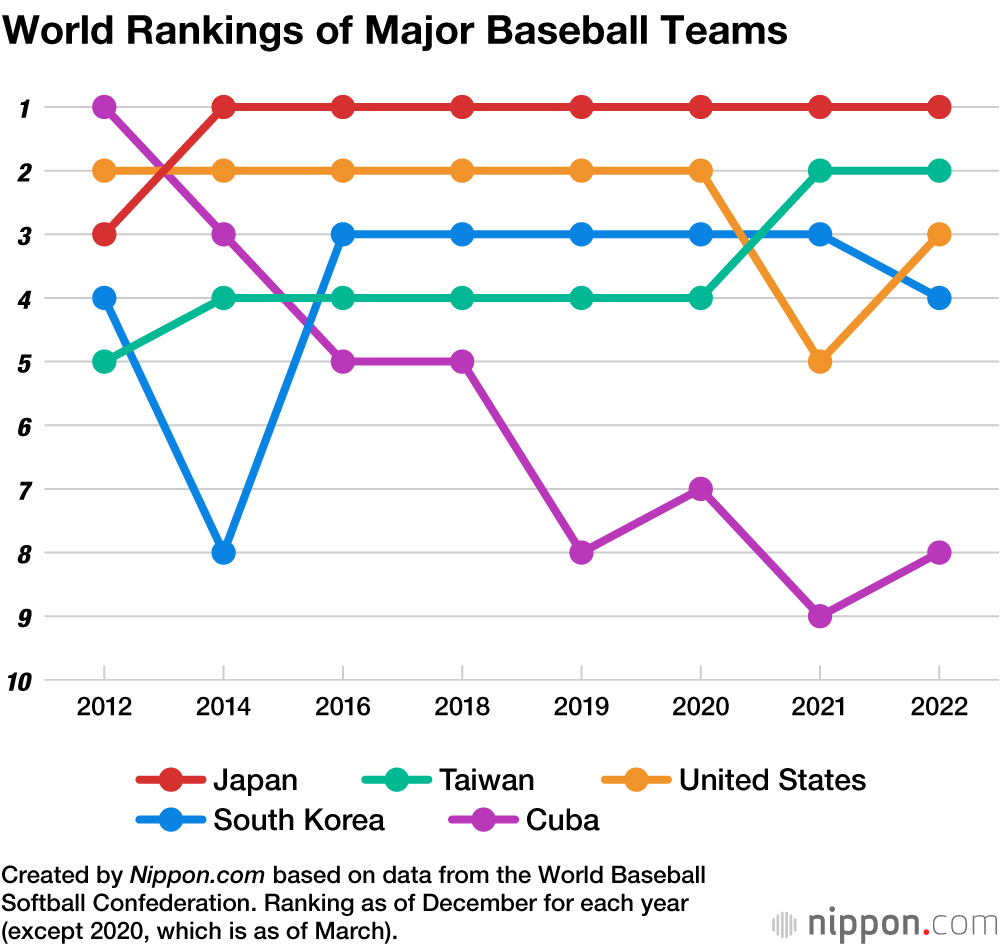 The fifth WBC is scheduled to be held in March 2023 with teams representing 20 countries and regions participating.

For women’s baseball, the Japanese national team holds the top position according to the world ranking released at the end of December 2021 (see table below). According to the WBSC, a new ranking will be released in 2023.

WBSC Ranking for Women’s Baseball (as of late December 2021)

(Translated from Japanese. Banner photo: Members of the national baseball team of Japan, Samurai Japan, showing off their new uniforms on January 13, 2022; second from the right is Itō Hiromi of the Hokkaidō Nippon-Ham Fighters, with Murakami Munetaka of the Tokyo Yakult Swallows next to him, second from the left. © Jiji.)