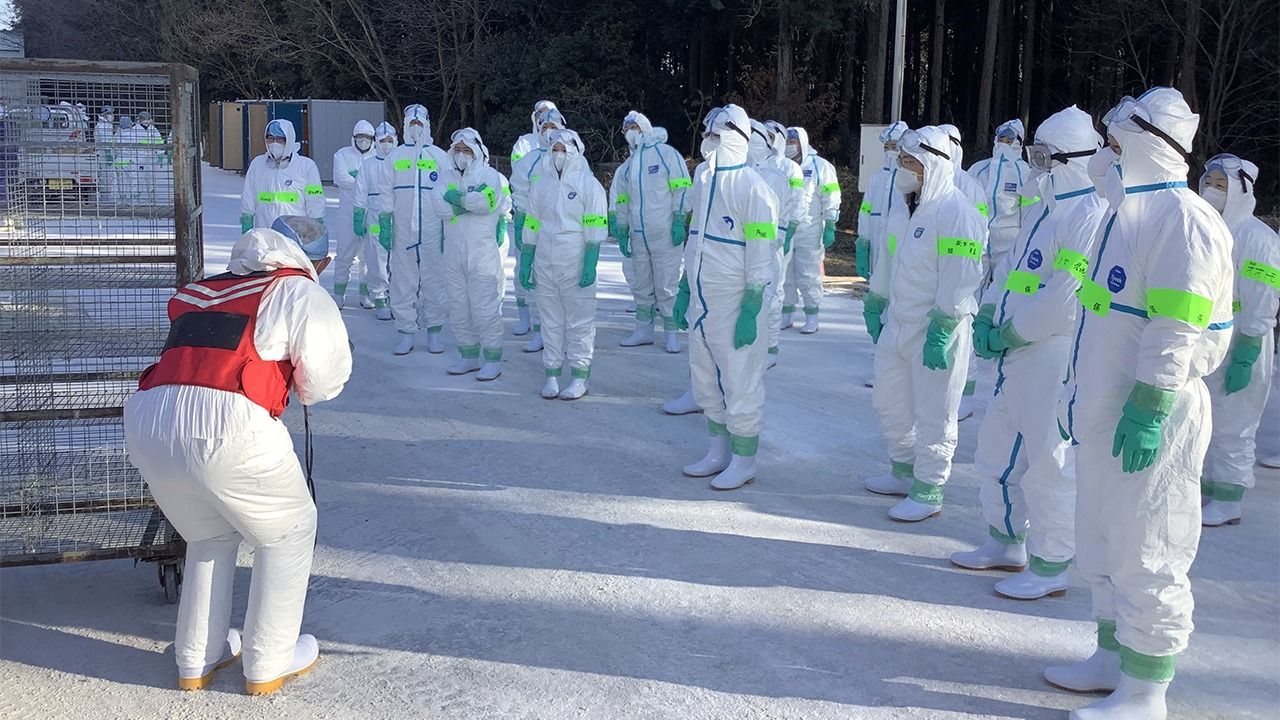 Record 10 Million Birds Culled in Japan Due to Avian Flu

Society Food and Drink Lifestyle Jan 24, 2023
Japan is currently suffering its worst avian influenza outbreak on record. As of January 10, more than 10 million birds have been culled, over 90% of which were egg-laying hens, leading to a spike in egg prices.

Japan faces a major, nationwide avian influenza outbreak. During the 2022/2023 season, since the first cases confirmed at the end of October 2022 in Okayama Prefecture and Hokkaidō, a further 57 sites have been affected in 23 prefectures. The largest number of birds culled on record in a single season up to now was 9.8 million in 2020, but that has been surpassed with 10.0 million birds having been culled as of January 10, 2023.

A highly pathogenic avian influenza virus is rampant in this season across Japan, as many other countries are also being hit by outbreaks. Migratory and other wild birds have been found to be more frequently infected than usual. Along with emergency disinfection at poultry farms nationwide, the government is calling for thorough quarantine measures to be implemented, including draining reservoirs near farms with outbreaks to prevent wild birds gathering there. 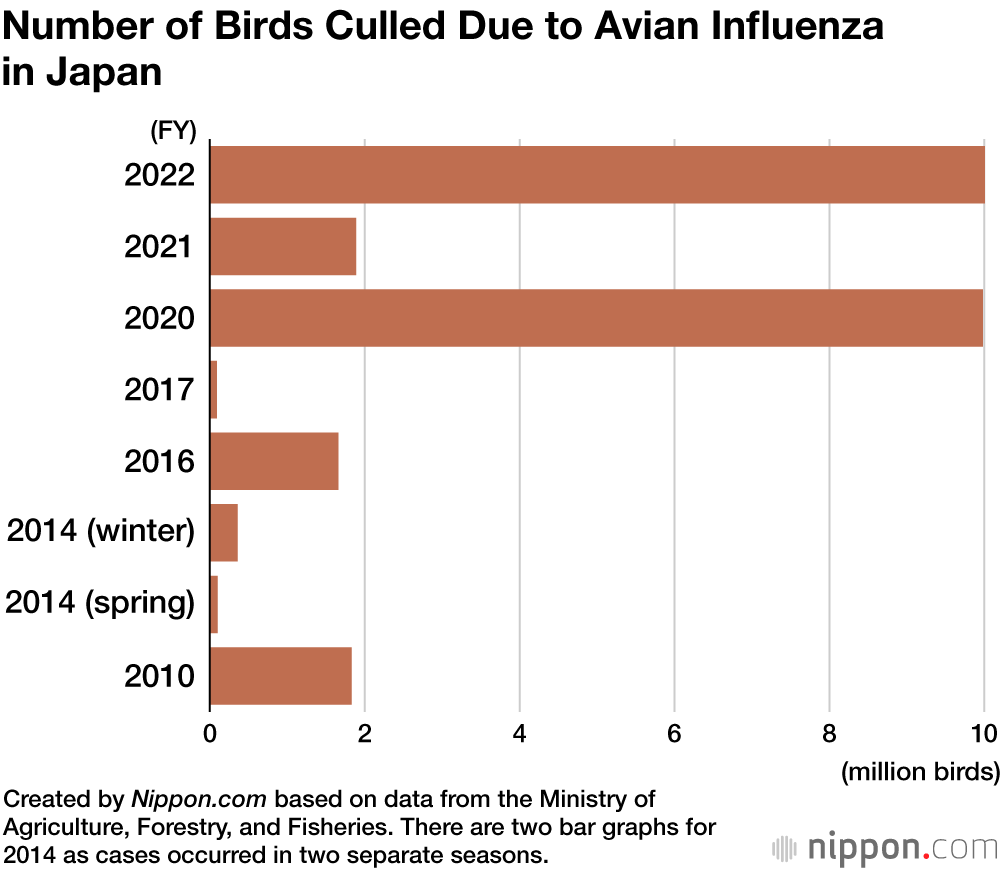 Created by Nippon.com based on documents published by the Ministry of Agriculture, Forestry, and Fisheries (as of January 10, 2023).

Among the birds culled so far, more than 90% were egg-laying hens. According to market information from JA Z-Tamago, the average wholesale egg price in January 2023 rose more than ¥100 year on year, from ¥151 to ¥260 per kilogram, as of January 10. 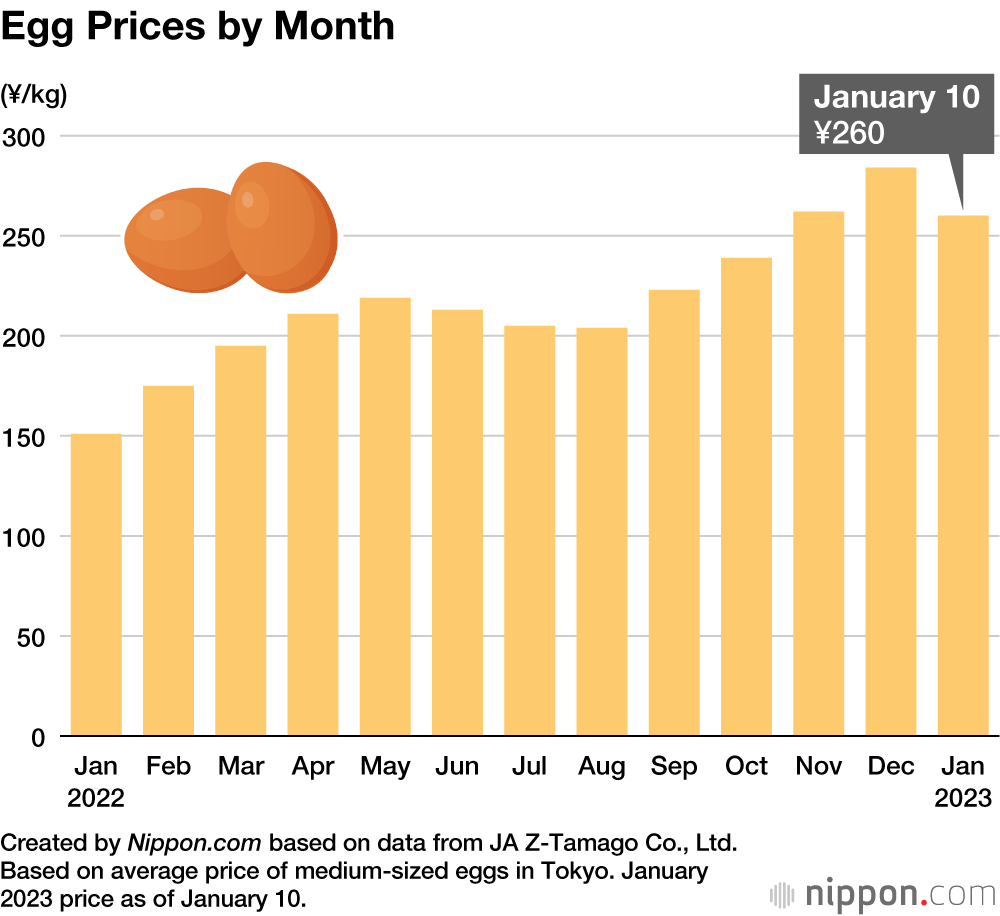