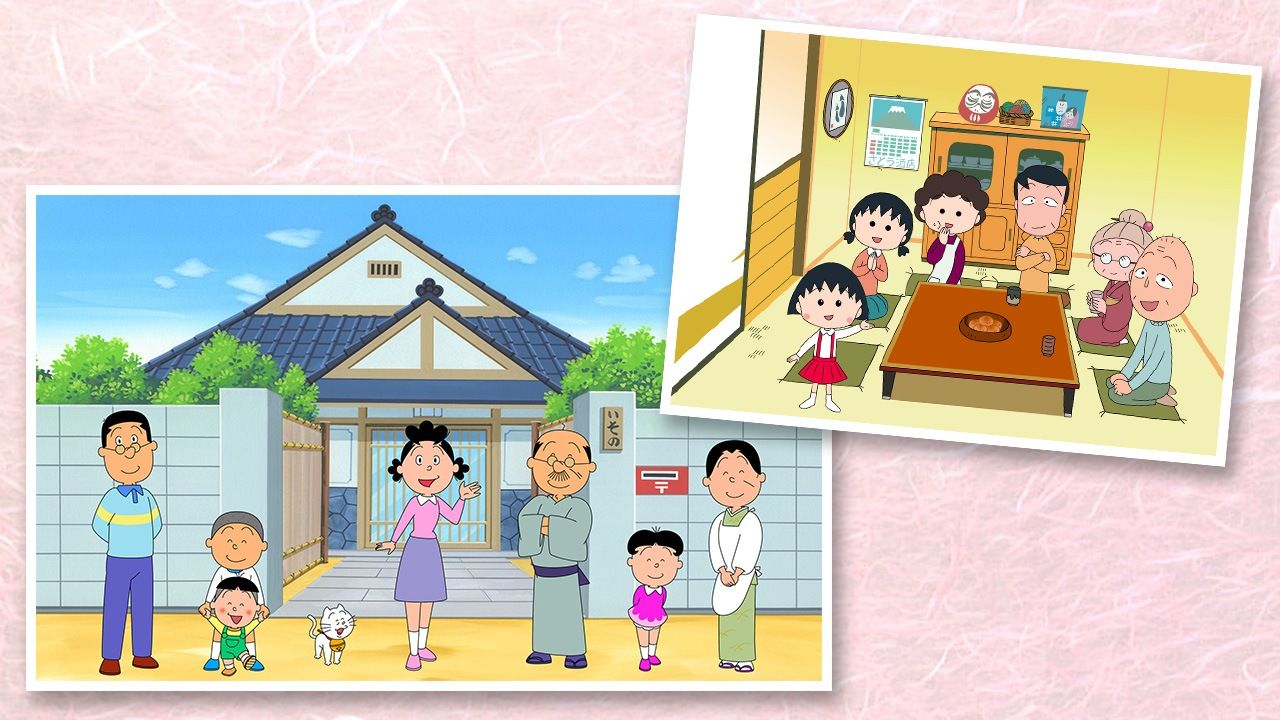 “Sazae-san” and “Chibi Maruko-chan”: Two of Japan’s Most Beloved Anime

Sazae-san and Chibi Maruko-chan are two of Japan’s most recognized and cherished animated television series. Airing back-to-back on Sunday evenings, the shows center around the everyday escapades of their respective title characters—24-year-old Sazae and 9-year-old Maruko—their extended families, neighbors, and circles of friends. Chibi Maruko-chan has been running for nearly three decades, while Sazae-san celebrates its fiftieth anniversary in 2019.

Just Another Day in Setagaya 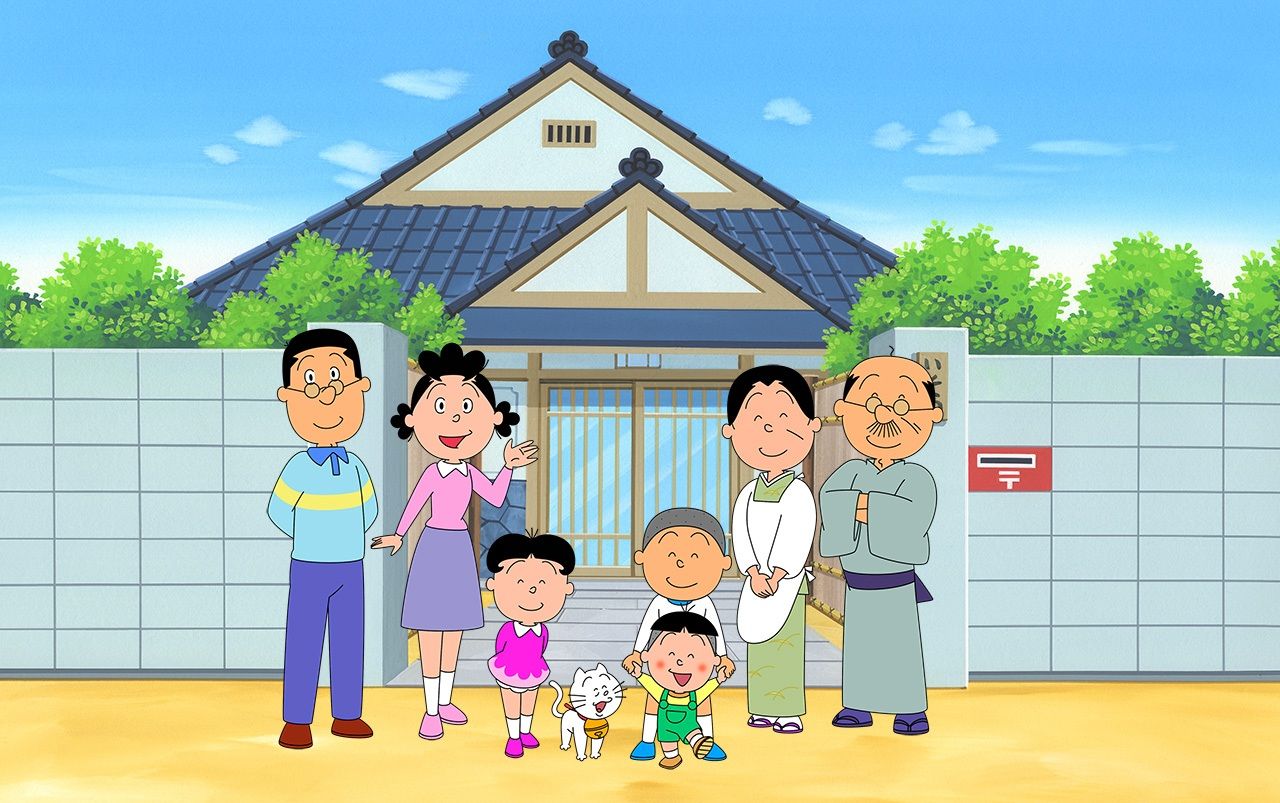 Sazae-san is the creation of mangaka Hasegawa Machiko. It first appeared as a four-panel comic strip in newspapers in 1946. The animated version debuted in 1969 and has remained on the air ever since. In 2014, Guinness World Records recognized Sazae-san as the longest-running animated television series.

Sazae-san revolves around a three-generation family living under one roof in Setagaya in western Tokyo. At the center is Fuguta Sazae, an energetic and outspoken young mother and wife who resides with her parents and younger siblings. Although the series is set in the suburbs, family members are humorously named for different aspects of the sea, including Sazae (turban shell), her father Namihei (calm seas), mother Fune (boat), and husband Masuo (trout).

Each episode of the show contains three separate stories that deal with simple events in the family’s life, often with seasonal motifs. Sazae-san typically steers clear of controversial issues and presents an idealized version of life in Japan in the not-too-distant past. Mōnai Setsuo, an executive adviser to animation studio Eiken that produces the series, attributes the show’s longevity to its ability to present aspects of everyday life that viewers can relate to in an amusing and entertaining format.

The original manga, which ended in 1980, has helped shape the anime. Eiken has updated some facets of the show to reflect modern society, but the program has not diverged from its original format and retains its old-time feel. However, some aspects, such as Sazae and her mother both remaining fulltime housewives, seem antiquated by today’s social standards.

Fans wanting to learn more about the series and its creator can visit the Hasegawa Machiko Art Museum in Setagaya.

Statues of characters stand outside Sakura-shinmachi Station on the Tōkyū Den-en-toshi Line.

The Life and Times of an Elementary School Girl 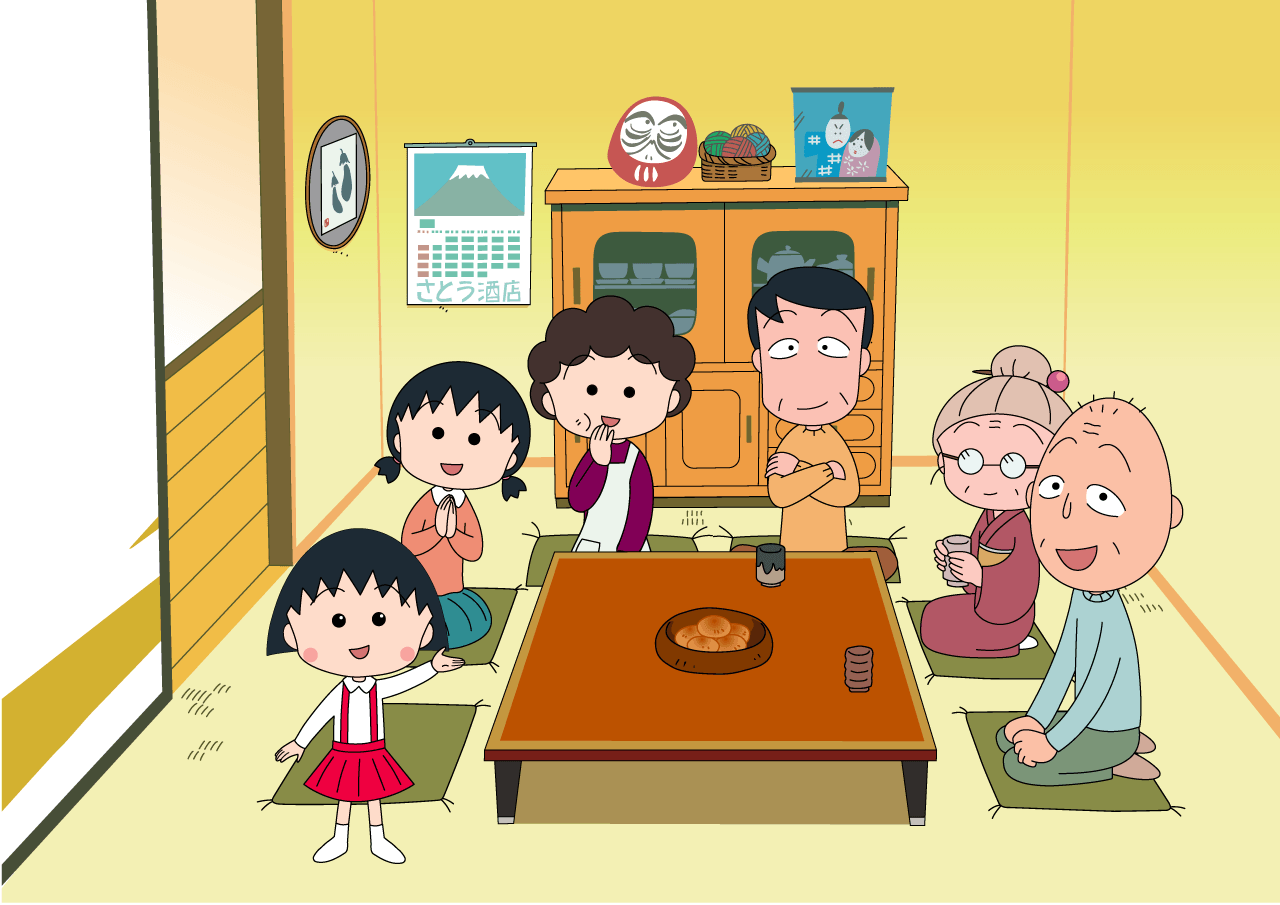 Chibi Maruko-chan is a light-hearted story about a third-grade elementary school girl named Maruko. It is the creation of artist Sakura Momoko, who based the series on her childhood in Shimizu (now a part of Shizuoka) in Shizuoka Prefecture. The work debuted as a manga in a monthly magazine in 1986 and the television anime version started airing in 1990. It has drawn comparisons to Sazae-san in the way it focuses on commonplace events, although storylines are more contemporary and tinged with a realism that is intended to tickle the funny bone.

Maruko, the youngest member of her family, lives with her grandparents, parents, and older sister. She is a curious and energetic girl who is always quick to lend a hand, but she is also prone to daydreaming and never manages to plan ahead, characteristics that often get her into trouble. She is very close to her grandfather Tomozō, who is similarly prone to flights of fancy. Maruko is famously fond of purin (custard pudding) and hanbāgu (Hamburg steak), but hates nattō.

Each episode of Chibi Maruko-chan consists of two separate stories that revolve around the antics of Maruko, her family, and her eccentric classmates. Takagi Jun, the show’s director, credits the long-running popularity of the series to its broad appeal. In an online interview in Mynavi News he stated that Maruko may not be the brightest girl, but she is likeable and fun to watch, adding that the ever-present undercurrent of Sakura’s humor has kept viewers tuning in each Sunday.

The series has even spawned a theme park, Chibi Maruko-chan Land. The park, located 10 minutes by bus from Shimizu Station in Shizuoka, lets visitors step into the world of the popular protagonist. 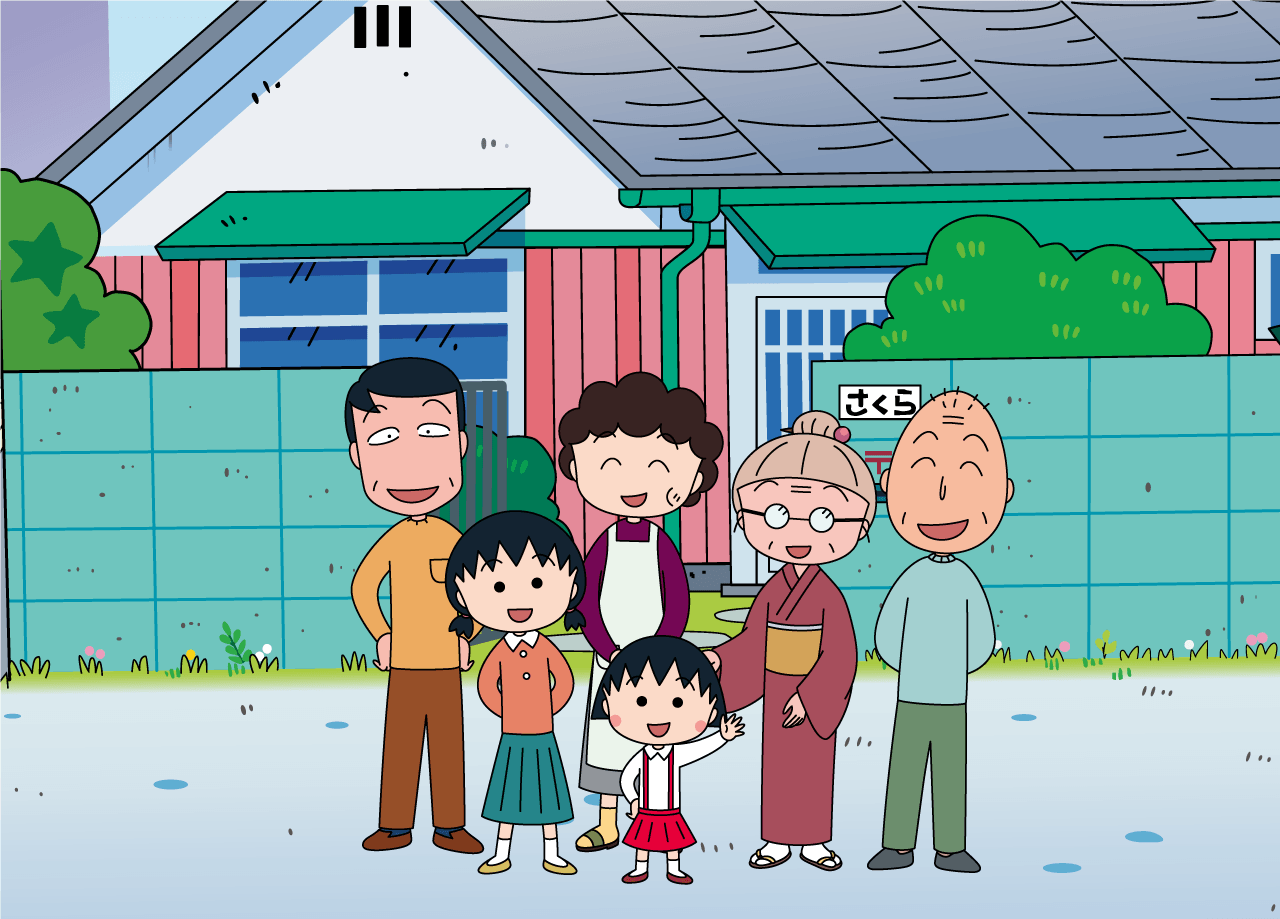 Sazae-san and Chibi Maruko-chan each have iconic theme songs that have become popular hits in their own rights. Sakura wrote the lyrics for Chibi Maruko-chan’s ending theme song “Odoru Ponpokorin,” which became a hit single when it was first released in the 1990s. The tune has since been covered by various musical groups , with CD sales of the various versions topping 1.5 million. The opening theme of Sazae-san is less of a commercial success, but its distinctive tune and comical lyrics are well known. For many viewers, the first few notes of each song mark the beginning of a Sunday evening ritual, while for others they are reminders that the weekend will soon give way to a new week of work and school.