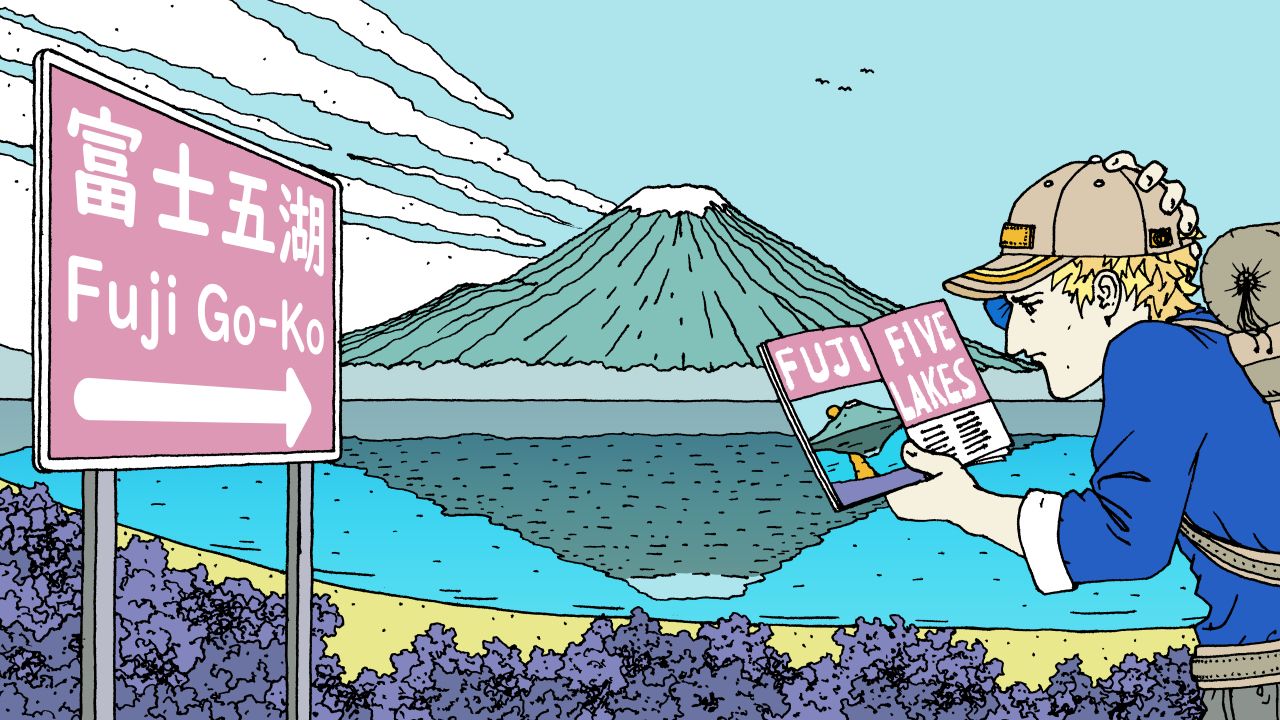 “Rōmaji”: Another Way of Writing Japanese

Language Culture Oct 9, 2020
While rarely used for sentences in Japanese, words in rōmaji or Roman letters are commonly seen on signage, posters, and packaging.

Japanese is known for its combination of three scripts: hiragana, katakana, and kanji. However, a fourth script is also used on occasion, and has even been suggested at times as a replacement for the other three. Rōmaji or the Roman alphabet first arrived in Japan with the Portuguese in the sixteenth century, and has since carved out a minor though distinctive place in the written language.

For the Portuguese missionaries who wished to communicate with Japanese people, but faced an uphill battle in learning the written language from scratch, the Roman alphabet was a convenient tool for creating dictionaries. Some sounds were rendered differently from today’s rōmaji, such as qi instead of ki, and xi instead of shi. Japan’s limited relations with the West through much of the Edo period (1603–1868), however, meant there was little call for the script or development in its usage. 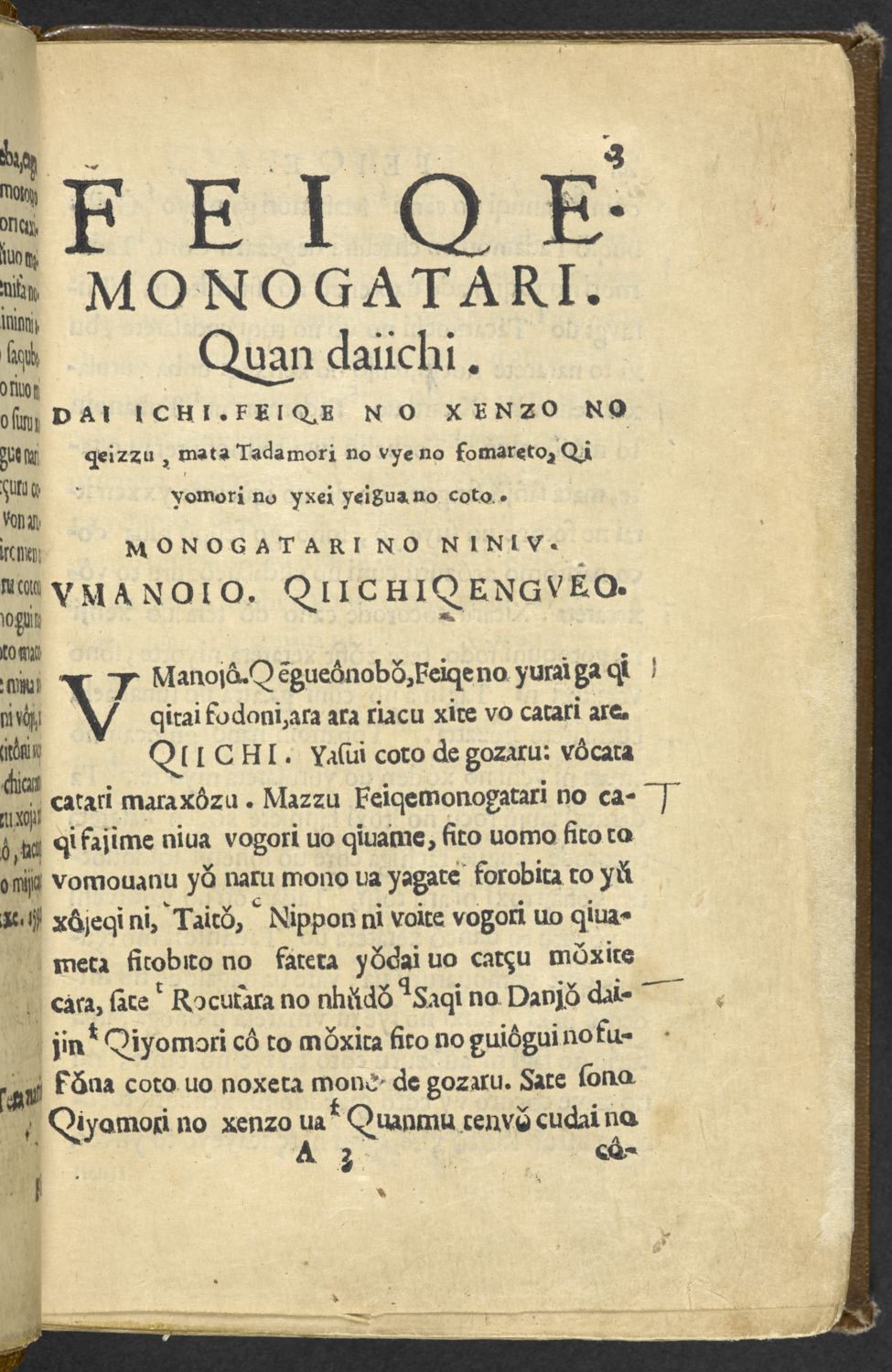 A page from a version of the medieval classic Heike monogatari (The Tale of the Heike) in Portuguese-style rōmaji, printed in Amakusa, Japan, in 1592–93. (Courtesy of the British Library)

One of the main current forms of romanization, learned by foreign students of Japanese, is the Hepburn system. It is named after the US missionary James Curtis Hepburn, who popularized its usage by adopting it for the third edition of a popular Japanese-English dictionary, published in 1886. Despite the sole credit, it was actually devised by a group he belonged to, made up of Japanese and foreigners, that called itself the Romajikwai. Due to later adjustments, it is sometimes known as the modified Hepburn system.

The other major form is the Kunrei system, based on an earlier Nippon system. While Hepburn aims at making Japanese easy to pronounce for readers with an English-language background, Kunrei is more regular and simpler to use for native Japanese speakers. Foreign students are used to the Hepburn system’s irregularities, as seen, for example, in the group ta, chi, tsu, te, and to. In Kunrei, these sounds are written ta, ti, tu, te, and to.

For foreign residents and visitors, Hepburn appears thoroughly dominant. It is found not only in language materials but also in official contexts like place names on signs for roads and train stations. However, Kunrei is still taught in some elementary schools, where students learn to write, for example, Mount Fuji with the spelling Huzi. They go on to study the Hepburn system, considered more difficult, in junior high school.

Even sticking to Hepburn alone, there are disagreements about how to render certain sounds. Notably the long “o” (おう) has been written in various ways, such as “ō,” “o,” “ou,” “oh,” and “ô.” Some prefer to convert the “n” (ん) in words like “Shinbashi” to “m” to reflect the actual pronunciation, something like Shimbashi. (At Nippon.com, the style is to use macrons in vowels like “ō” and “ū,” and to stick with the “n” spelling, with some exceptions.)

Amid the enthusiasm for all things Western in the Meiji period (1868–1912), there was a small but vocal movement advocating for the wholesale adoption of rōmaji to replace the unwieldy Japanese written language. Instead, major efforts over decades to simplify and standardize kanji and kana greatly reduced their complexity, and the prospect of a central role for rōmaji became increasingly remote.

While Roman letters are rarely seen in paragraphs of written Japanese, in addition to their use in signage, they are a lively presence in advertisements and other designs. Japanese words in rōmaji (as well as English words) provide another option for catching the eye and inviting a more careful look. Unlike English, which can be merely decorative (and often flawed), rōmaji usually adheres to correct Japanese pronunciation, aiming to communicate to the viewer.

In textbooks for Japanese beginners, rōmaji may be used instead of hiragana. I have seen some negative opinions on learning Japanese via Roman letters, given their limited use in the written language. I would agree that it is worth being aware that studying hiragana as early as possible is useful, if you ever want to learn to read sentences. The different rōmaji systems can also lead to confusion.

However, I think individual learners can make their own informed decisions on how useful they find it. For example, learning some vocabulary via rōmaji first may make it easier to remember hiragana, rather than studying both simultaneously. People who live in Japan, or see the country through anime or manga, will know that rōmaji words have their place, so it seems excessive to shun them entirely.