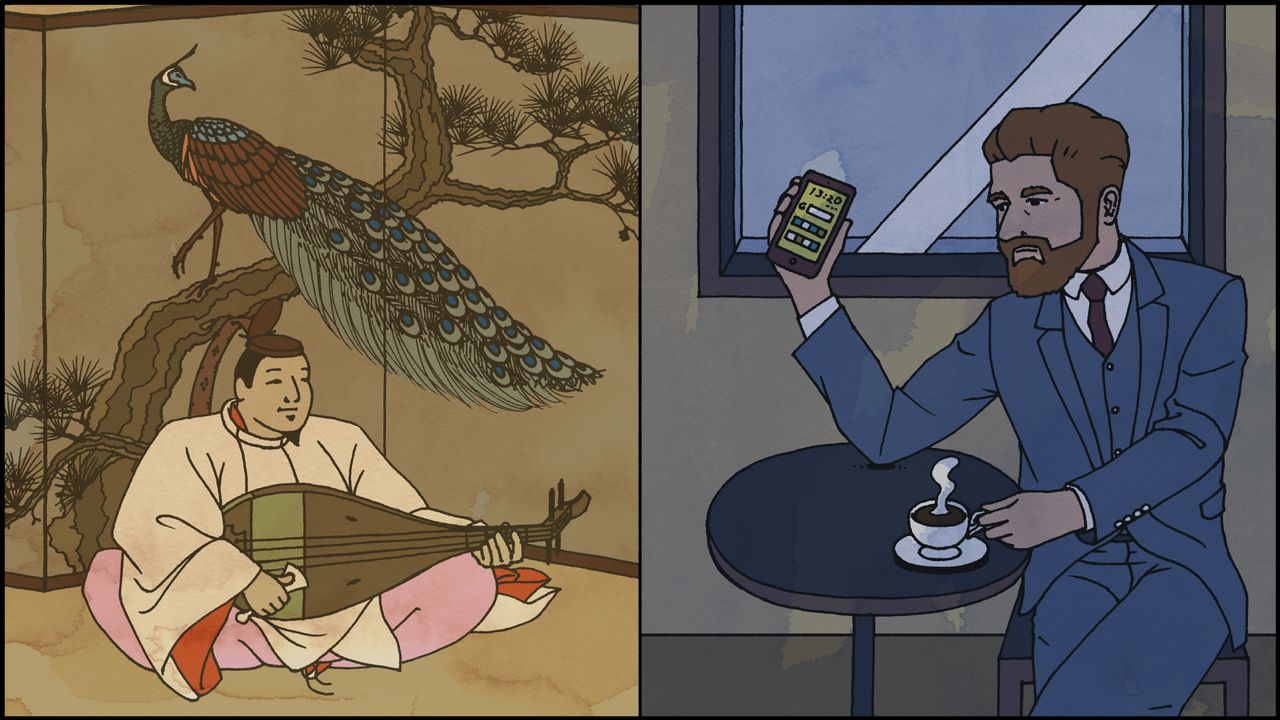 Adopt and Adapt: Loanwords in Japanese

Language Culture Jul 30, 2021
Japanese has imported and adapted words from many different sources over the centuries, including the tongues of its continental neighbors as well as languages from far-flung Europe.

Every language has its loanwords, and Japanese is no exception. Japanese speakers seeking to express new concepts or breathe life into old ones have frequently taken words from other languages to do so. While loanwords in Japanese are often associated with English, due to its recent global dominance, other linguistic sources have also made major contributions. On becoming established in the language, however, their meaning has sometimes drifted.

Japanese vocabulary is broadly divided into three groups: wago words that existed in Old Japanese, kango words that are written using kanji with pronunciation deriving from Chinese, and gairaigo words that entered the language more recently and are typically written in katakana.

Many kango are loanwords from Chinese that have been in the language for over a millennium, and are largely considered as Japanese. Some came to Japan attached to the cultural imports they named, like 琵琶 (biwa, a kind of lute), or as descriptions for wildlife living on the Asian continent, like 孔雀 (kujaku, peafowl). Other kango were derived from other languages or created in Japan—notably words like 経済 (keizai, economy) and 社会 (shakai, society), which were in turn exported to become part of the Chinese language.

Apart from Chinese, which represents the overwhelming bulk of early borrowings into Japanese, another notable language source is Sanskrit, which supplied vocabulary connected with Buddhism. For instance, the word sotoba comes from stupa in Sanskrit. While, like the word adopted into English, it can refer to a Buddhist structure, sotoba typically refers to the wooden memorial tablets representing stupa, which are seen in Japanese graveyards.

From English to Ainu

When European ships carrying unfamiliar items from across the world began visiting Japan in the sixteenth century, they also brought change to the Japanese language. For example, Portuguese provided the now commonly used words pan (pão; bread) and tabako (tabaco; tobacco/cigarette). Exclusive trading access among European powers for the Netherlands meant Dutch was influential during the Edo period (1603–1868), leading to the adoption of words like penki (pek; paint) and ponpu (pomp; pump).

With the enforced opening of the country to trade in the middle of the nineteenth century, European languages flowed more readily than ever into Japanese. As many doctors learned medicine via German, this field in particular includes many words imported from that language, such as gipusu (Gips; cast) and arerugī (Allergie; allergy). German also provided many terms associated with skiing and mountaineering, from sutokku (Stock; ski pole) to zairu (Seil; rope), due to the influence of Austrians and other German speakers bringing the tools and knowledge to Japan. Loanwords from French cluster in the arts and food, including baree (ballet) and gurume (gourmet).

English, however, has been the major supplier of loanwords into Japanese over the past century and more. The influence of Westernized lifestyles meant that everyday words like naifu (knife), shatsu (shirt), and beddo (bed) were soon adopted. Efforts during World War II to limit the usage of “enemy” English loanwords had some effect, as can be seen to this day in baseball, which is called yakyū (literally “field ball”), rather than bēsubōru. In the postwar era, though, the inflow accelerated again. New technology in particular brought gaps in the language ready to be filled by words like terebi (television), pasokon (personal computer) and sumaho (smartphone), but whether or not there were obvious gaps, loanwords from English have squeezed into every part of Japanese lives.

Ikura (fish roe) may seem to be an iconic Japanese food, but the word comes from ikra in Russian, which also provides noruma (norma; quota). The Ainu language has provided tonakai (tunnakay; reindeer) and rakko (rakko; sea otter) to Japanese, while Nivkh, spoken by another northern neighbor, is thought to be the source for kuzuri (wolverine). More recently, words like kimuchi (kimchi) and tekondō (taekwondo) have come into the language from Korean.

While gairaigo loanwords are now generally written using katakana, many that have been in Japanese for some time can also be written with kanji. For instance, coffee shops and packaging often display the kanji 珈琲 (kōhī) to convey a sense of sophisticated tradition, now that the novelty of katakana コーヒー has worn off. Some loanwords though are most commonly written with kanji, like sebiro (背広), a word for a suit that some suggest derives from the London street Savile Row, which is known for its tailors.

Loanwords can adapt themselves to the new environment of another language in different ways. When English words come into Japanese, they might get local abbreviations, such as eakon for “air-conditioning” or konbini for “convenience store.” Some take on new meanings, and these “false friends” can lead to confusion; tarento comes from the English “talent,” but has come to be used for individual entertainers and celebrities, while kanningu (cunning) means “cheating.” Or they might be put into new combinations, like mōningu sābisu (morning service), used for a breakfast set, such as toast and a hot drink.

Some people do not like loanwords, but only the ones that are particularly popular, or are found to be especially useful, establish themselves over the long term. If they end up performing a different role from that in the language they came from, it is often to meet different needs. In this sense, Japanese is like all other languages, and adopting new words is part of the inevitable change it undergoes.