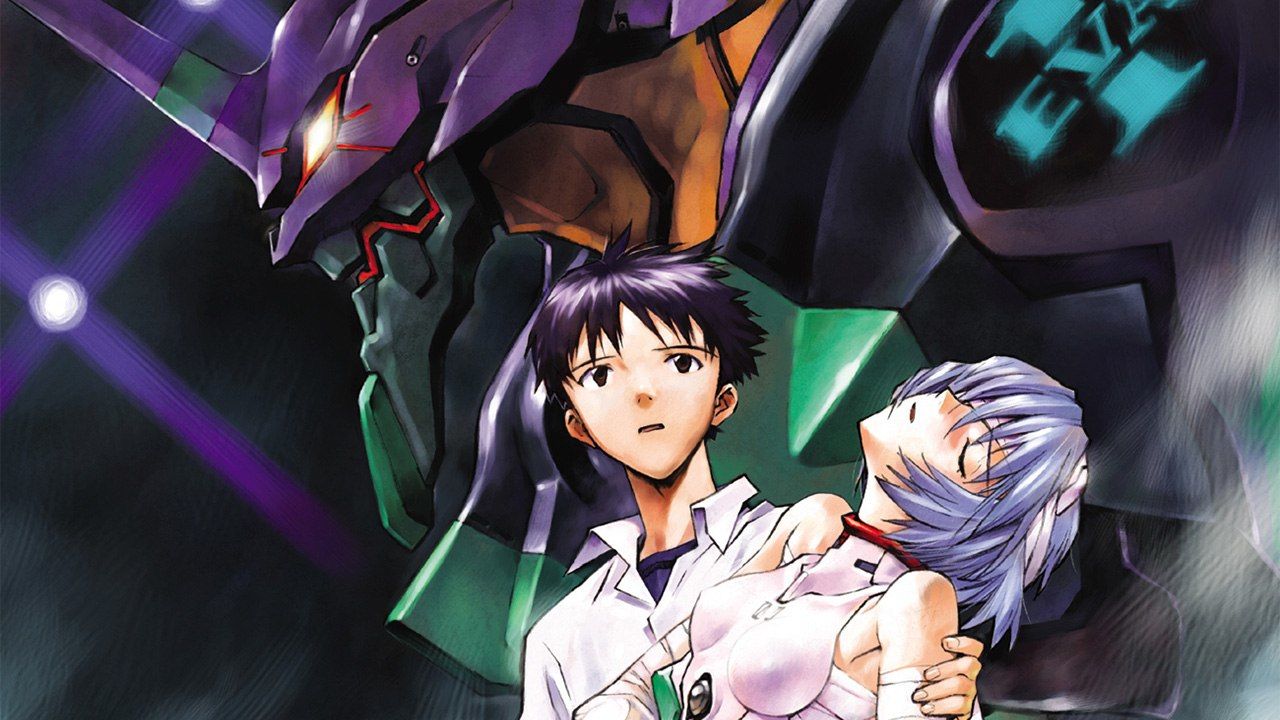 Culture Entertainment Anime Cinema Mar 4, 2019
Neon Genesis Evangelion won fans through its combination of mecha battles, psychological depictions of adolescent warriors, and esoteric references. With a global Netflix debut imminent, it is set to reach new audiences more than 20 years after it first emerged in Japan.

Neon Genesis Evangelion is coming to Netflix in the spring of 2019. Both the original 26-episode television series, broadcast in Japan in 1995–96, and two follow-up movies Evangelion: Death (True) 2 and The End of Evangelion will be available for streaming worldwide. The historic franchise sparked debate and interest extending beyond anime fandom in late 1990s Japan.

The story has a typical opening for the genre: Ikari Shinji, a 14-year-old boy, is peremptorily summoned by his estranged father and commanded to pilot a giant cyborg entity called an Evangelion. Before he knows it, Shinji is battling with the Angels, mysterious alien adversaries who threaten the Earth. Up to this point, the series draws on robot anime predecessors like Mazinger Z and Mobile Suit Gundam. Well-deployed elements of a classic coming-of-age story, as the young protagonist develops a sense of identity through interactions with others, make for a rounded piece of entertainment.

There is more to Evangelion than this, however. Esoteric terms of reference sprinkled throughout, settings and worldviews that fired the imaginations of viewers, depictions of characters’ mental states that delved into the depths of their psyches, compelling battle scenes, and stylish direction combined to draw audiences in.

A Rare Degree of Success

Evangelion aired in an early-evening time slot in its Japanese TV broadcast premiere in 1995-96. A late-night rerun in 1997 prior to the first-run movie release boosted its popularity further, however, priming the pump for what has since become the dominant business model of animation production and distribution in Japan. It was one of the first anime series to recoup production costs through video sales, rather than sales of toys and other derivative merchandise.

In 2007, a new series of original Evangelion movies, four in all, was announced. Three of these have since been released: Evangelion: 1.0 You Are (Not) Alone (2007), Evangelion: 2.0 You Can (Not) Advance (2009), and Evangelion: 3.0 You Can (Not) Redo (2012). While the basic setup and storyline are the same, these movies take the franchise in entirely new directions once they get underway. Audiences were amazed and thrilled anew, making these movies box office hits. As of writing, work proceeds apace on the fourth and final installment, Evangelion: 3.0 + 1.0, slated for a 2020 release. Even a quarter-century after its first appearance, Evangelion sustains a rare degree of success.

Born in 1960, Anno Hideaki, creator and supervising director of this colossal story, is a prominent member of the first generation of motion picture makers who came of age when TV anime and special-effects-heavy tokusatsu series really took off. He was writer and director of the 2016 live-action film Godzilla Resurgence, which earned ¥8.25 billion at the box office. And eight years after the last Evangelion movie, the hitmaker will release Evangelion: 3.0 + 1.0. As the release date draws ever nearer, fans are eagerly anticipating a new chapter.

A Mirror for Observers

One curious thing about Evangelion is that whenever people try to talk about it in any depth, they find that the more precise they try to be, the harder it is to maintain any shared ground. This is true regardless of where they begin or how they express themselves. There seem to be as many interpretations as there are viewers. Any discussion leads one to realize just how crammed with multifarious detail the work is.

It is fascinating how cleverly the story and settings have been devised to function as a mirror for the psyches and desires of the audience, returning something different to each observer. The archetype is demonstrated by the two main female Eva pilots: Ayanami Rei, who is rational, calm, and clear, in her white plugsuit; and Asuka, who is fiery and aggressive, as symbolized by her all-in-red color scheme. Explaining which of these contrasting characters appeals to one, and why, can say much about the speaker, for example.

This is why people enjoy talking about Evangelion, and why the debates about it will never end. Viewers develop a special affection for the anime, as it feels like it was made specifically for them. A series that inspires so much talk is rare indeed. 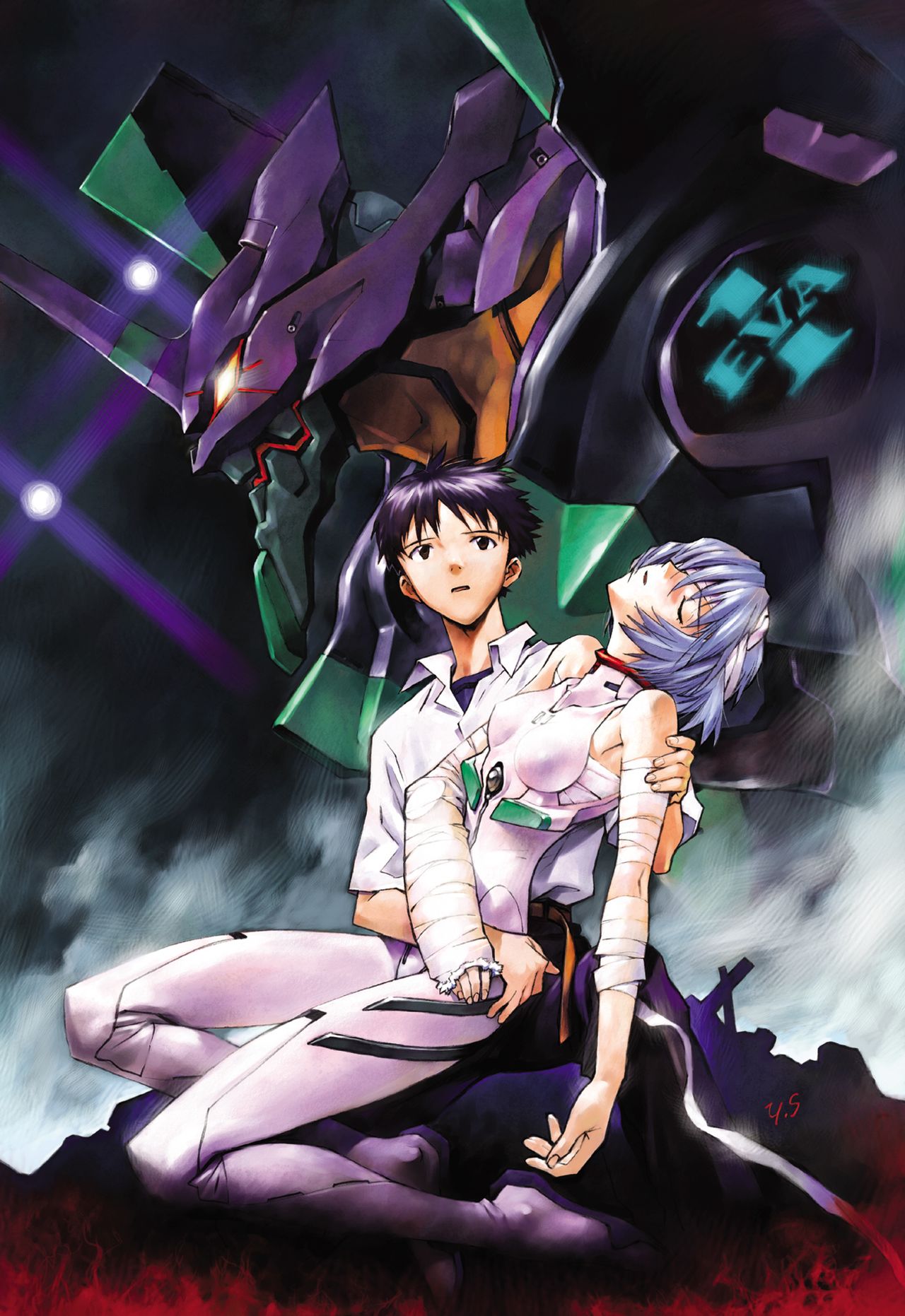 First-time viewers of Evangelion are likely to be overwhelmed by the volume of information and the sheer visual and emotional force of the series. And I do not refer simply to the quantity of detail in the images themselves. There is a clear distinction in the series’ visuals between those that are packed with data and those with intentional lacunae, which stimulate the viewer’s imagination.

The storyline also progresses from multiple viewpoints. The various characters have different, limited perspectives, depending on where they stand in the overall scheme of things: whether they are the boys and girls who pilot the Evangelion units; their immediate superiors; the commander of the NERV agency, who is above all of them; or members of SEELE, the secret society above even NERV. Audiences, bound up in the web of viewpoints Evangelion presents, become immersed in its world. And this sense of participation, born of the same fascination found with prisms or kaleidoscopes, is surely the biggest factor in the series continuing to find new fans.

Serving the audience is the primary consideration of all the series’ various devices. Whether it be the characters, the Evangelion units, or the NERV emblem, everything has been designed with a sophisticated sensibility in mind and even to engender branding satisfaction. In recent times, this Evangelion branding effect has extended to abstract representations based only on the color schemes and the outlines of costumes. The enduring interest in the series has led to highly visible collaborations with bullet trains and automobiles in Japan.

Evangelion’s global Netflix debut provides an ideal opportunity for the series to test its strengths and appeal for new audiences. It is also a chance to gauge the popularity of Japanese animation. And with the concluding fourth movie Evangelion: 3.0 + 1.0 due for release in 2020, this streaming arrangement also provides an opportunity to look back to how we got here. Different viewers’ perspectives depend on their age and background, while a change in era can also bring freshness to the Evangelion experience. There are sure to be new discoveries to energize fan discussions. I have high hopes in this regard.