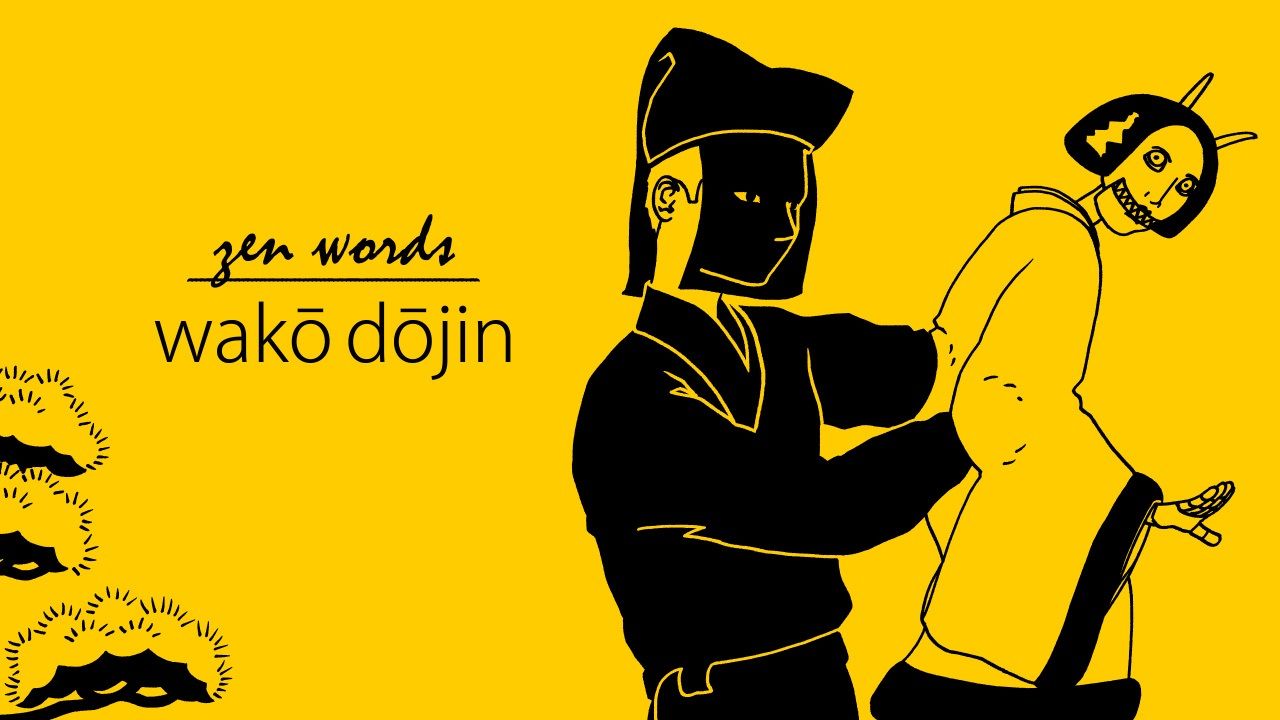 Culture Lifestyle Nov 1, 2019
Hiding one’s abilities can make it easier to contribute to the world.

Hiding one’s light may not always be a bad thing. The characters in the phrase 和光同塵 (wakō dōjin) mean to soften (和) one’s radiance (光) and become one (同) with the dust (塵). In other words, to conceal one’s talent or knowledge and pass as unremarkable in the everyday world. The phrase can be used to describe Zen priests who do not make a show of their wisdom or good deeds, so they are more able to help others and be an influence for good. 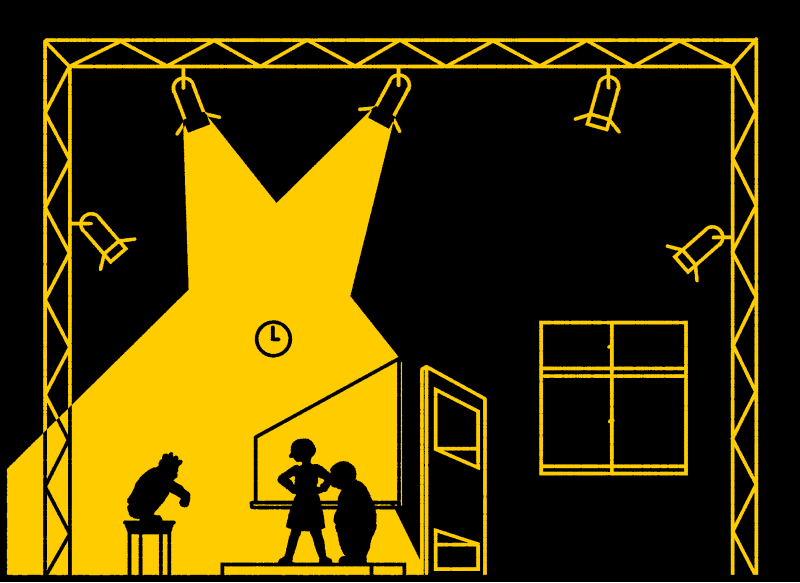 A class meeting after school. 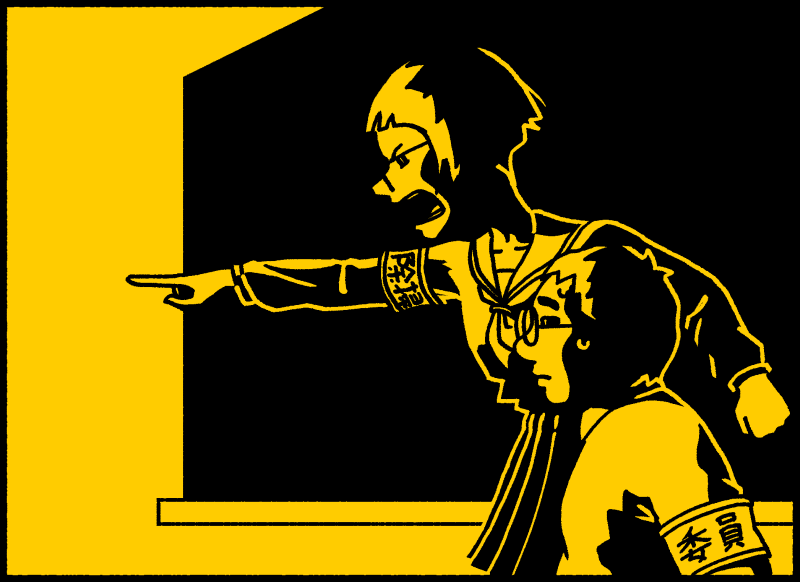 Noriko: “Inoue! Why don’t you ever help with the cleaning?” 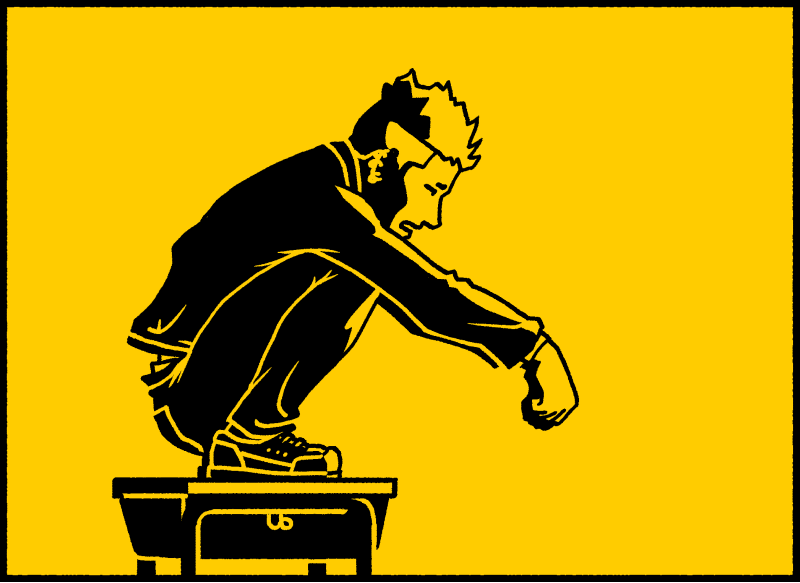 Inoue: “Cleaning? That stuff wears me out.” 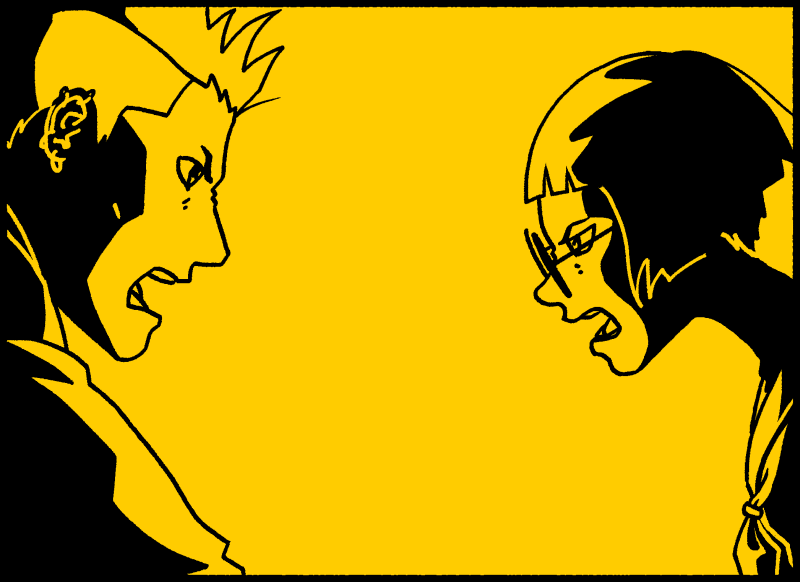 Noriko: “So only you get to rest. Despicable!”
Inoue: “Ah, shut it. Who put you in charge?” 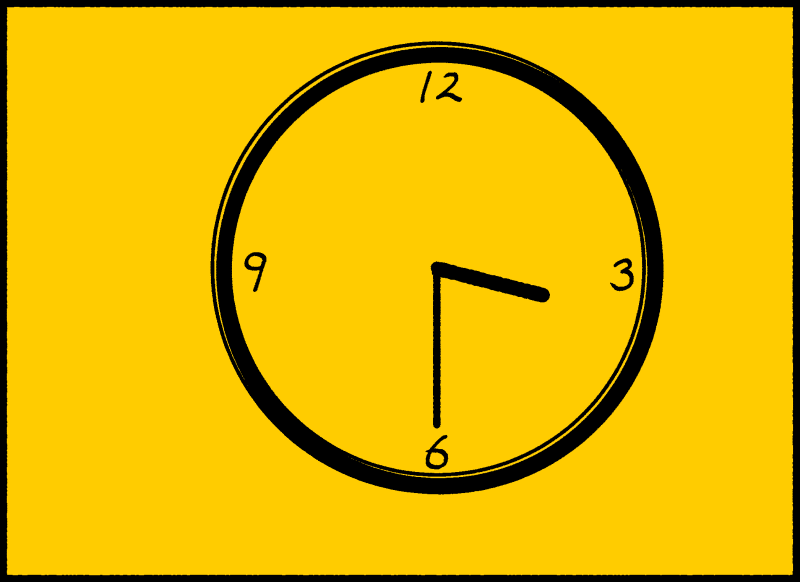 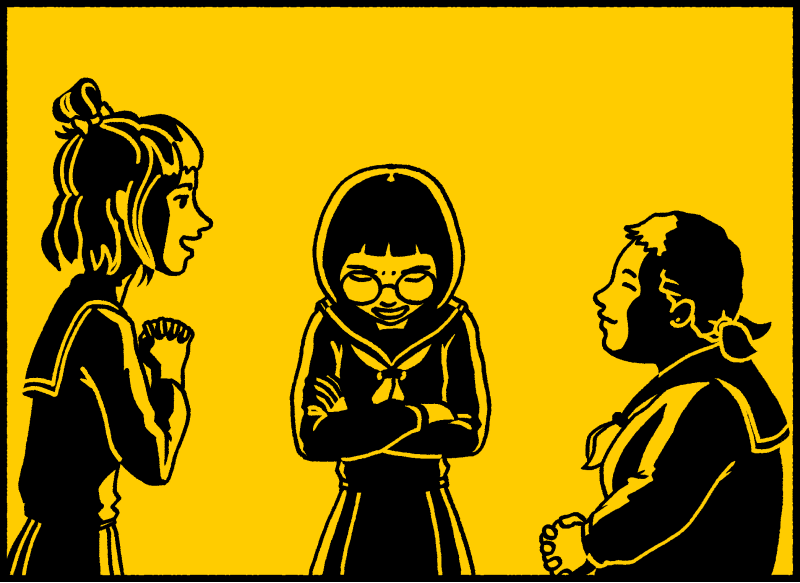 Mari: “You’re amazing, Noriko. I could never say all that to Inoue. He’s terrifying.”
Noriko: “Of course I’m going to tell him, the way he acts.” 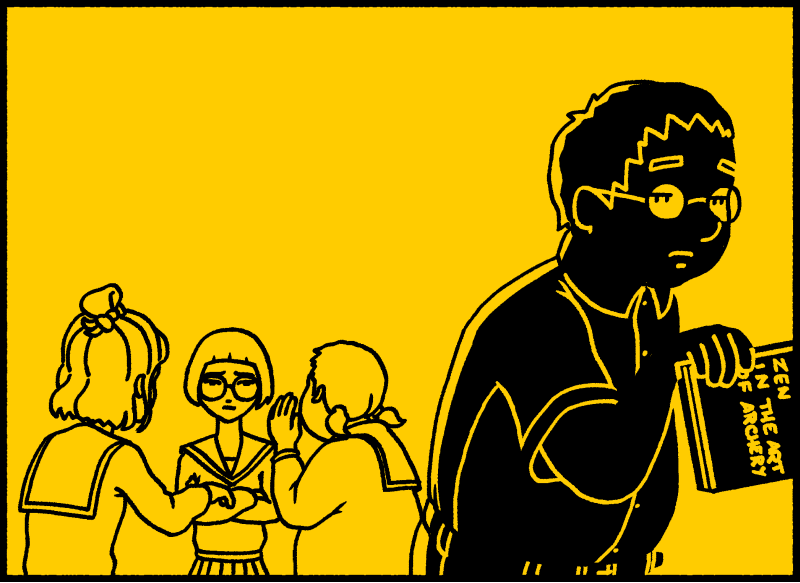 Mari: “Meanwhile, Tanaka does nothing as usual.”
Ayako: “That useless lump.” 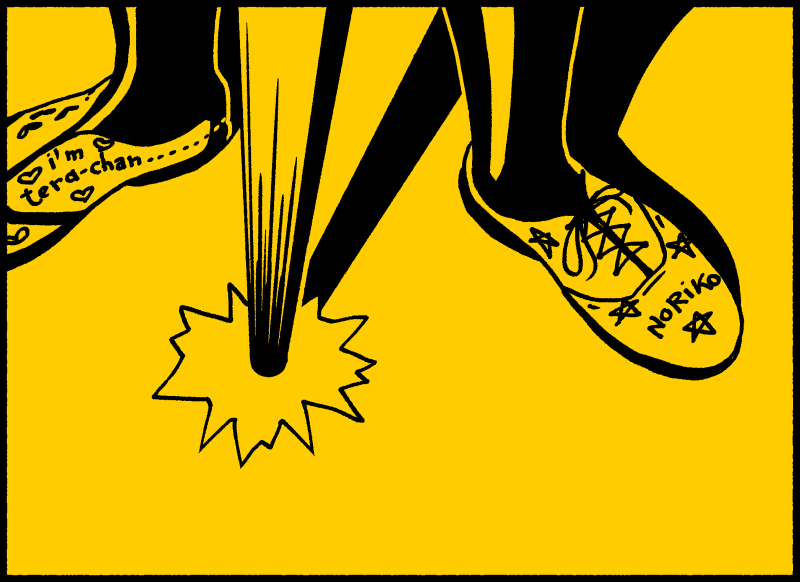 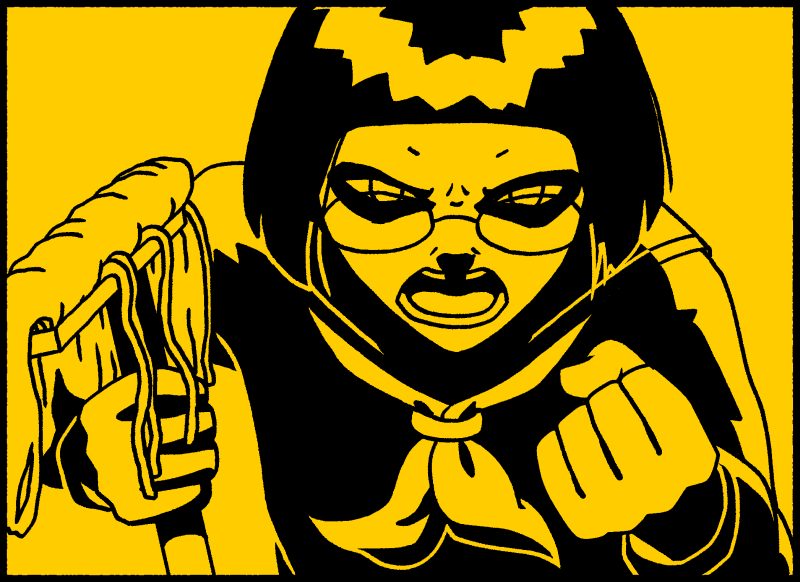 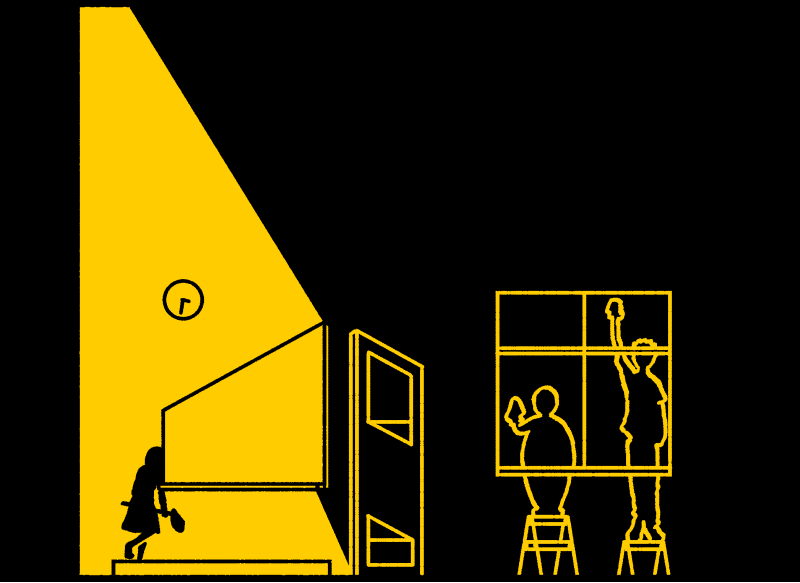 Noriko: “I’m not letting this go. Not today.” 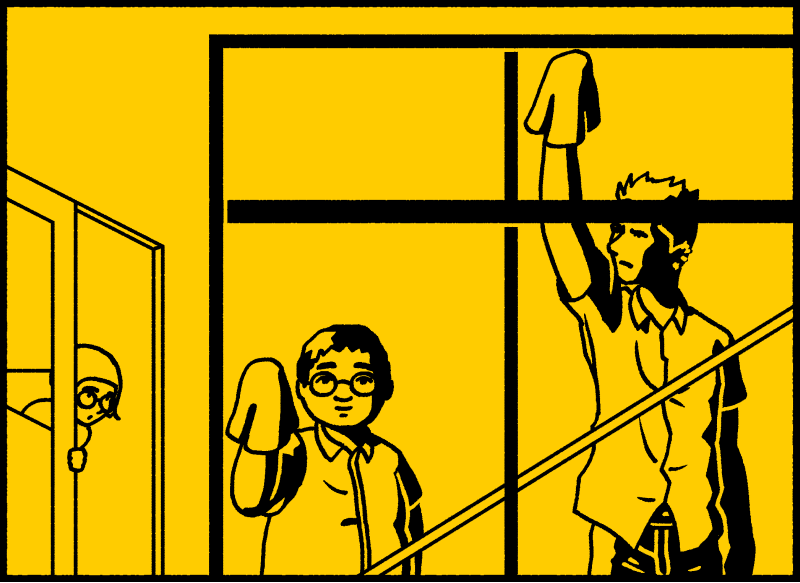 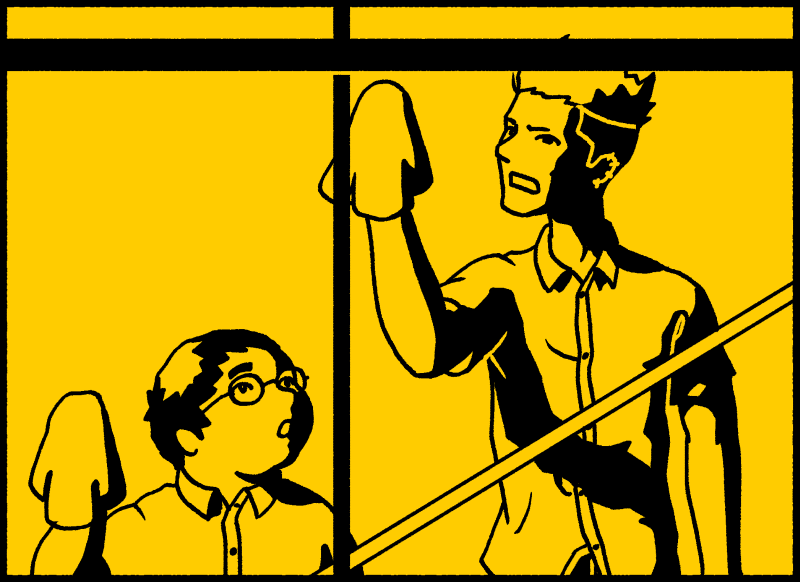 Tanaka: “Wow, the top of the window’s sparkling. That’s amazing, Inoue.”
Inoue: “You can save the sweet talk.” 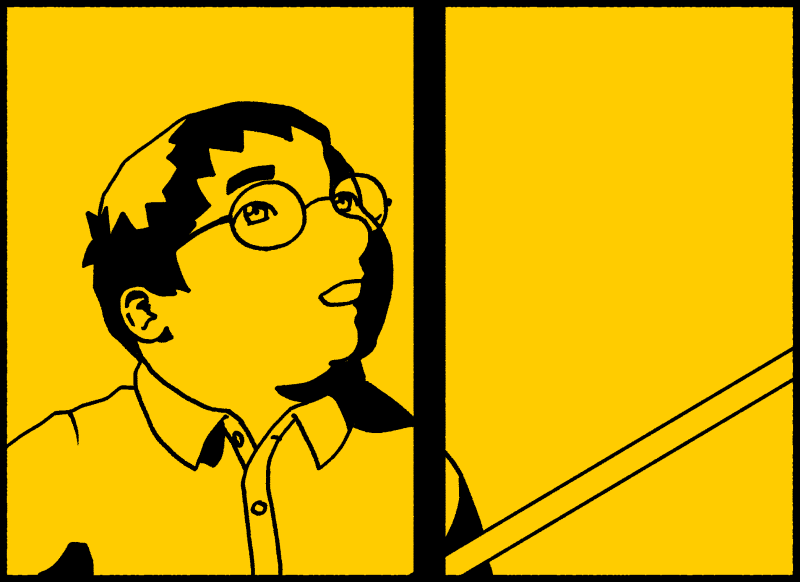 Tanaka: “No, it really helps doing the bits I can’t reach.” 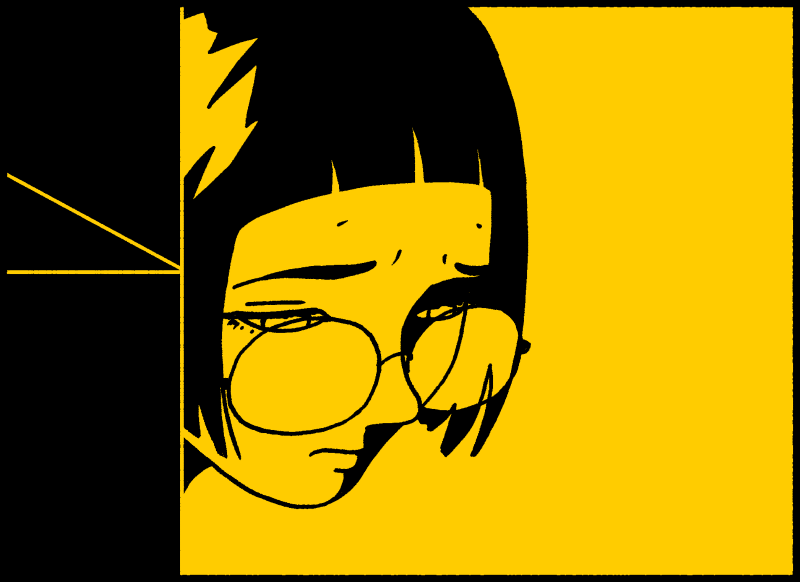 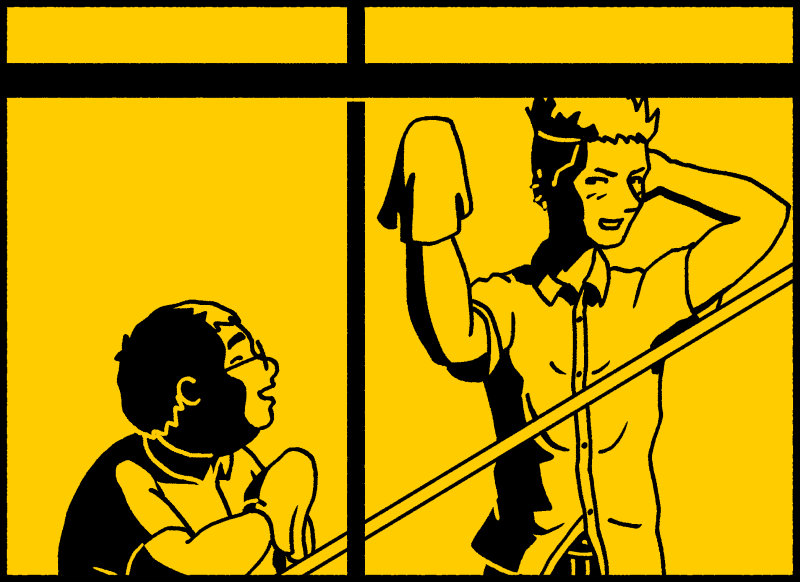 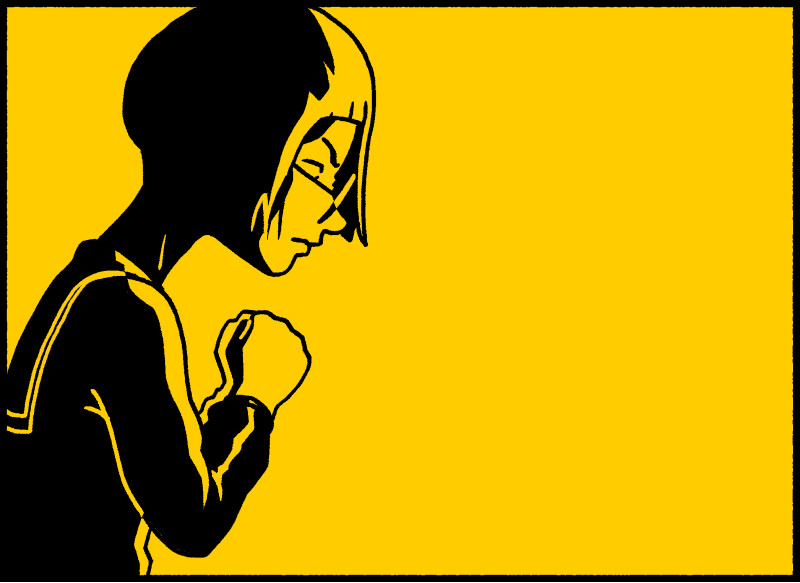 Thinking to herself: “You can do it, Noriko!” 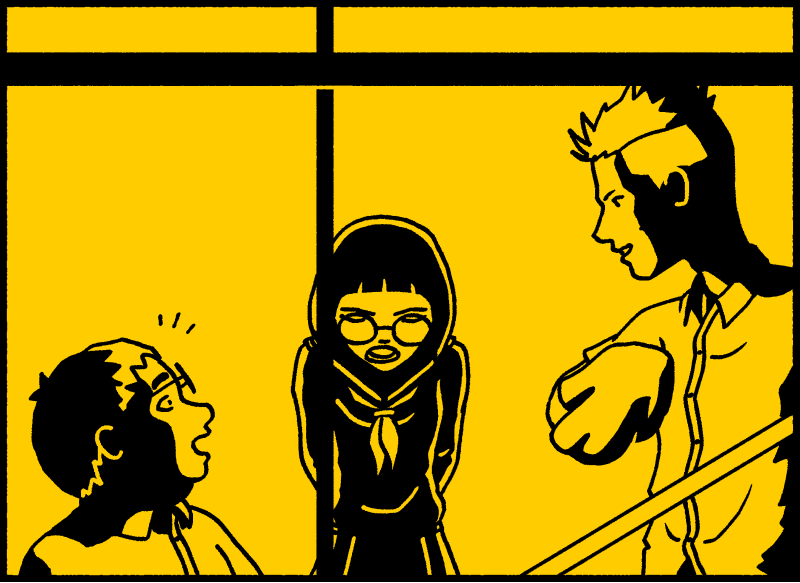 (Originally published in Japanese on October 9, 2019. Manga by Mokutan Angelo.)