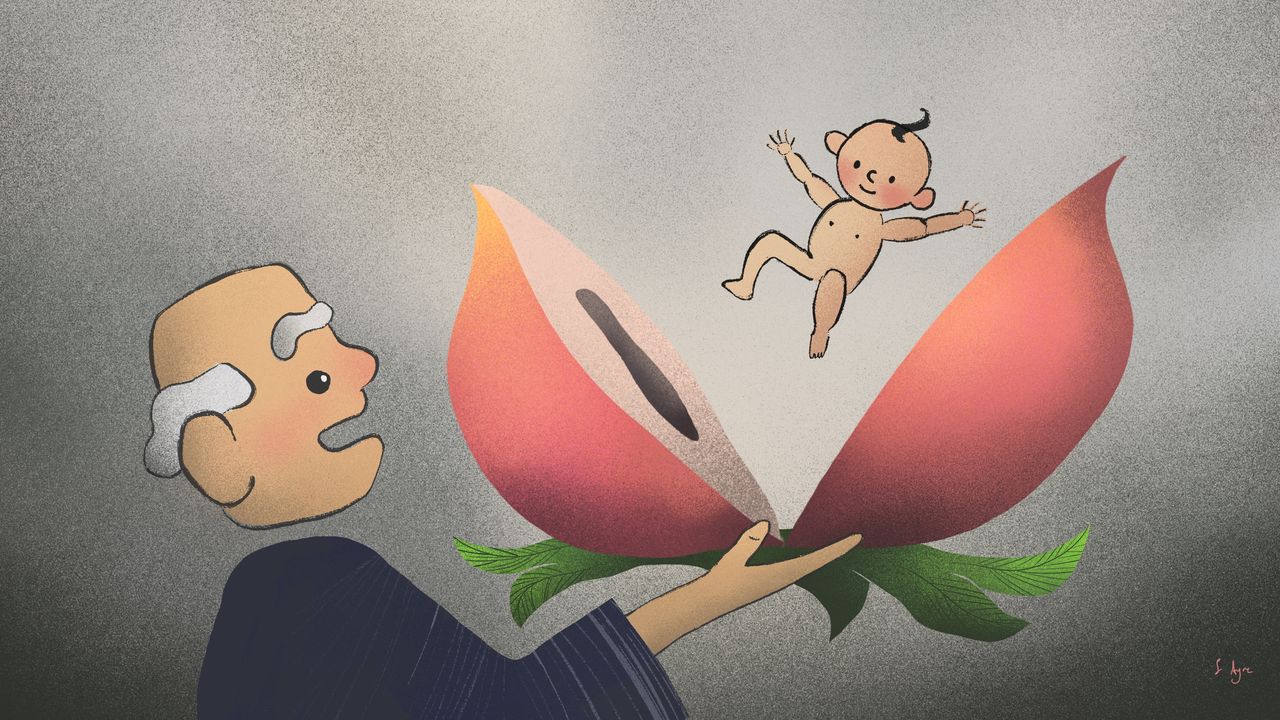 Culture Apr 19, 2021
The story of Momotarō, a boy born from a peach, and his quest to the island of the oni (ogres) is one of Japan’s best known fairy tales.

The Peach and the Baby Boy

A long time ago, an old man and woman lived together in the Japanese countryside. Every day, the man hiked out to gather firewood and his wife went to the stream to do their washing. One day, she was wringing out the clothes on the bank of the stream as usual, when a huge peach came bobbing along the water. “How marvelous!” she said, and, thinking of her husband, “This will be a tasty surprise for him.”

She bent down and pulled the peach out of the stream. Then she hoisted the weighty fruit into her washtub with the clothes. It took longer than usual, but she managed to carry it home. That evening when the man cried out a greeting from outside the simple dwelling, the woman called back, “I found something special to eat today.” Hearing the excitement in her voice, the man hurriedly removed his straw sandals and stepped inside.

The man and woman stared at the huge peach. Amazed at his wife’s story, the man lifted the fruit, as if to measure its weight. At that very moment, it split into two halves, revealing a healthy baby boy. “Waaah! Waaah!” he wailed at his sudden entrance into the world. The old couple was overjoyed at the unexpected addition to their family, and they named him Momotarō after the peach (momo) he came from.

Setting Off on a Quest

Momotarō grew up big and strong. He was much more powerful than the other children in the village, and none could match him at wrestling in all the surrounding area. Despite this, or perhaps because of it, he was kind to others and devoted to the old man and woman. Yet he wanted to test himself, so when he heard about the island of Onigashima and its fierce ogres known as oni, he resolved to travel there.

“They live on an island far across the sea,” he told the couple. “There’s a great black castle full of precious treasures they plundered from different lands.” The old man wished him well on his quest, while the old woman said that he was sure to be hungry, so she’d make him some millet dumplings for the journey. With these provisions packed away, he set off to find Onigashima.

Momotarō was crossing over a great hill, when a sound of barking came from behind him. He turned to see a dog, who bowed as if it was the most natural thing in the world and asked, “Momotarō, where are you going? Give me a dumpling and I’ll come with you.”

He told the dog that he was going to find the oni and gave him a dumpling. The two went on, until they reached a huge forest, where a monkey scampered over and said, “Momotarō, where are you going? Give me a dumpling and I’ll come with you.”

He explained his quest and handed over a dumpling. The three went on, and were crossing a broad plain, when a pheasant popped up and spoke. “Momotarō, where are you going? Give me a dumpling and I’ll come with you.” He said his destination and fed the bird a dumpling. Now he had three loyal retainers.

The Castle of the Oni

The island of Onigashima was far across the sea, but with the monkey and dog rowing and steering, and the pheasant flying overhead to guide the way, Momotarō’s party reached its destination in what seemed like no time at all. The black castle of the oni towered in front of them, its entrance blocked by a sturdy gate. No matter how Momotarō hammered against the thick wood with his fists, there was no way through.

“Wait a moment,” the pheasant said, and it flew up over the wall and pecked at the gate guards. The monkey clambered over to open and unlock the gate from the other side, so Momotarō could rush through with the dog barking at his heels. Enraged by the intrusion, the oni gathered around, swinging their heavy iron clubs, but they were no match for the power of Momotarō and the enthusiasm of his three animal retainers.

After a short skirmish, the leader of the oni cried out, “We surrender. Take our treasure and get out of here!” Momotarō, the dog, the monkey, and the pheasant piled coins, jewels, and other precious items into their boat, until it sat low in the water. Then they left the island and returned back across the sea in triumph. 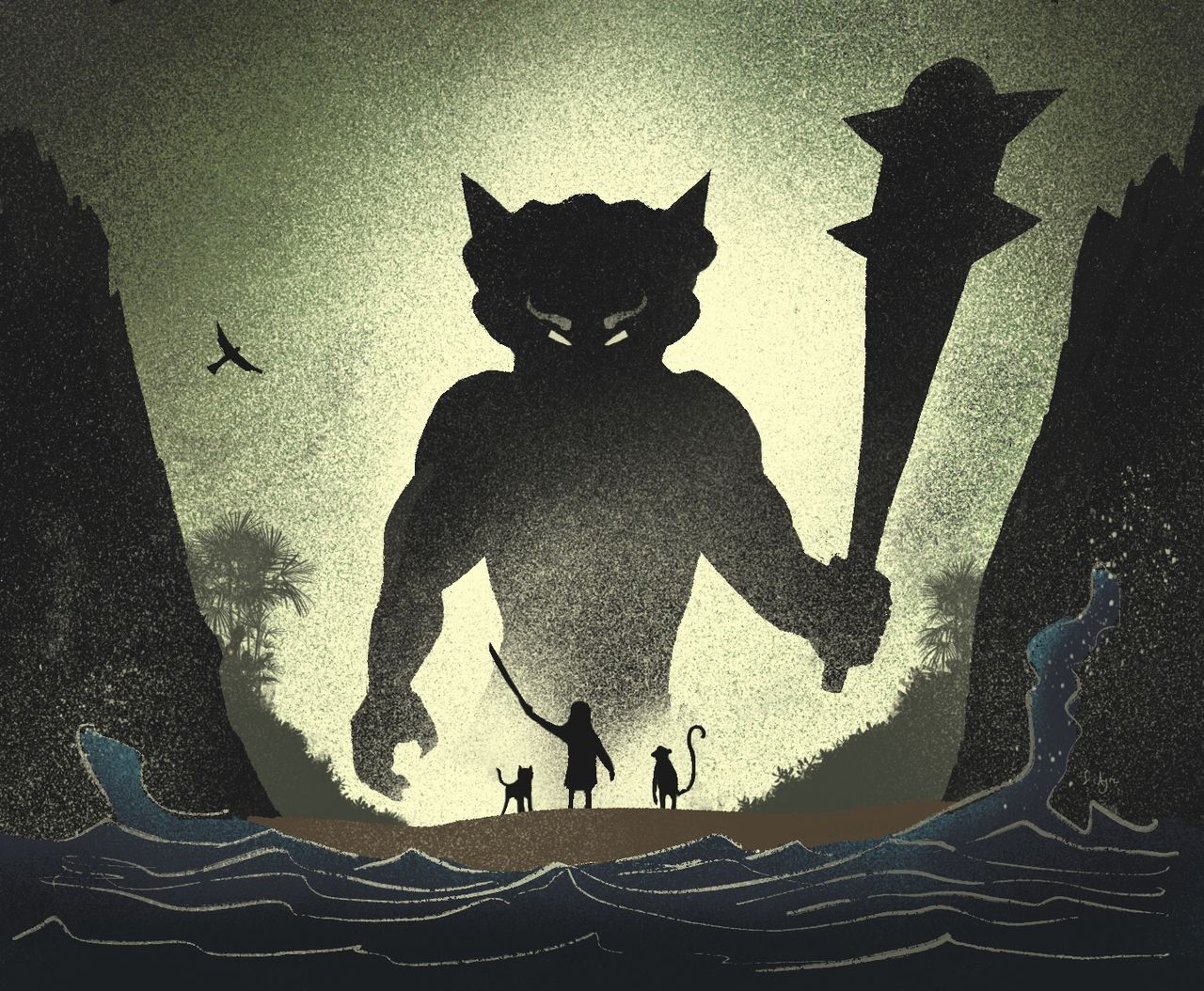