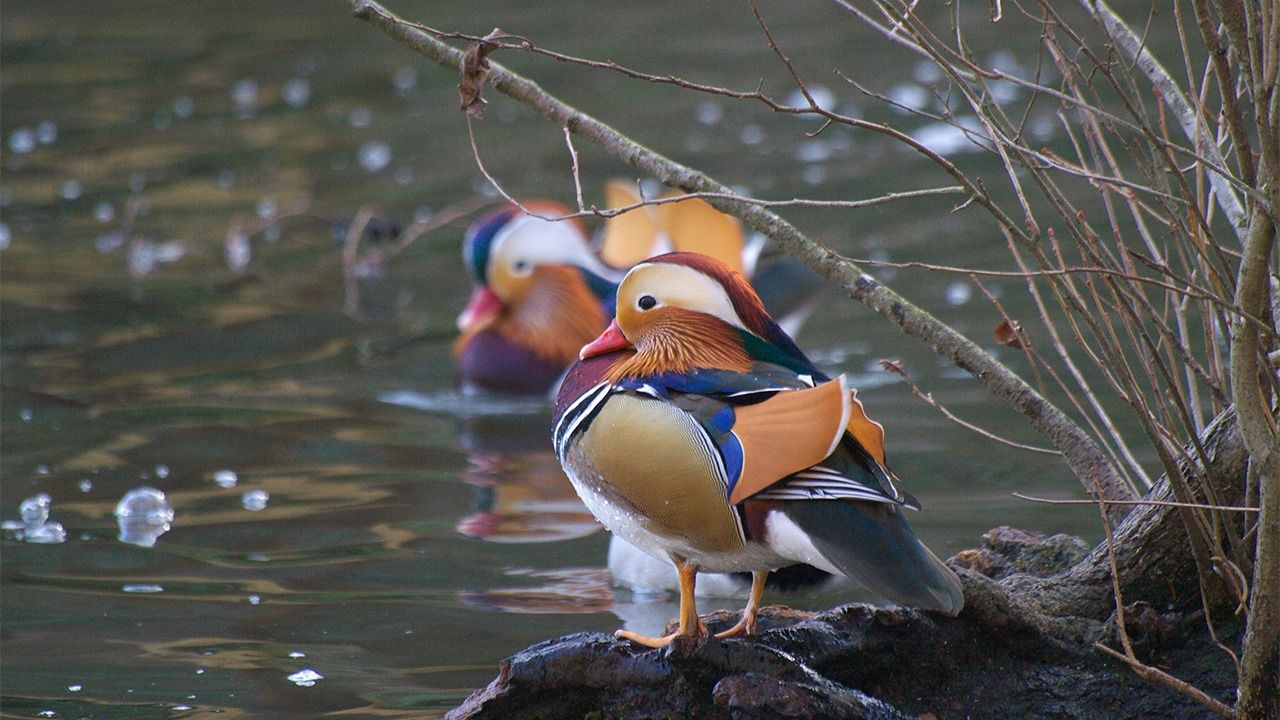 A Journey Through Japanese Haiku

Mandarin Ducks in a Winter Pond

All beauty exhausted
in the mandarin ducks—
winter trees

Born in Settsu Province, near Osaka, in 1716, Yosa Buson moved to Edo (now Tokyo) as a young man, where he studied haikai literary traditions under Hayano Hajin. After Hajin’s death, he spent some time traveling around the greater Edo area before returning to Kyoto in the autumn of 1751.

That winter, he included the above haiku in a letter with his contact details and recent news sent to a friend in the Edo area. Buson seems to have been studying paintings on temple fusuma, or sliding doors, and folding screens around this time. He writes, “I have been enjoying myself going around Kyoto and seeing different places,” and he probably actually observed mandarin ducks at a temple somewhere.

Male mandarin ducks display a stunning contrast in their orange, navy blue, and white feathers. There is a further opposition in the poem between the straight lines of the tranquil winter trees and the curved form of circling ducks. This contrast might well have been particularly fascinating to Buson, as an artist in training.

“Did the gods exhaust all beauty in the mandarin ducks? Winter trees stand unadorned around the pond.” Once expanded, this is the meaning of the haiku. The phrase about exhausting beauty derives from the Analects of Confucius.

While it was not unusual to draw on Chinese literature in haikai works, Buson was a master of such references. Humor blends in with the exaggerated expression, as the poet conveys an image of the ducks as concentrated points of color.