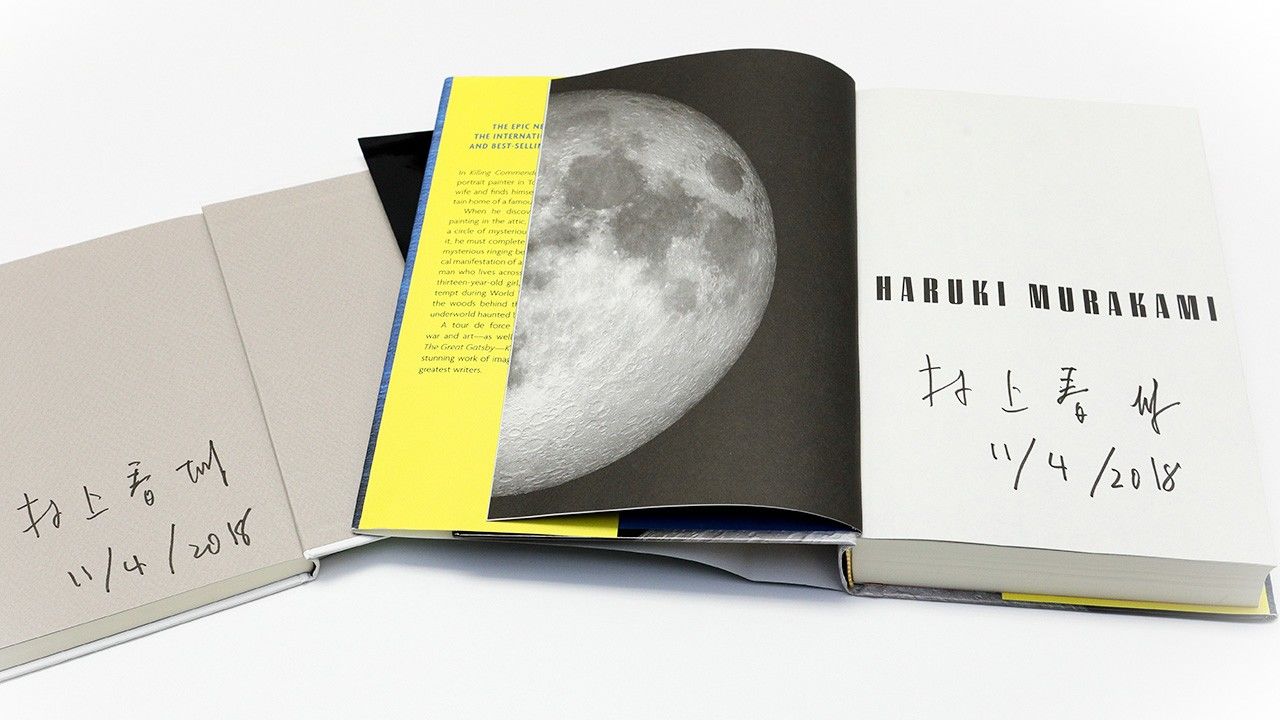 Culture Books Nov 1, 2019
The career, global appeal, and influence of Murakami Haruki, who has become the most translated Japanese author ever.

On October 11, 2019—the day after the Nobel Prizes in Literature for 2018 and 2019 went to Poland’s Olga Tokarczuk and Austria’s Peter Handke—Murakami Haruki received the Lattes Grinzane Literary Prize (La Quercia section), and gave a lecture in Alba, northern Italy. In his acceptance speech he reportedly compared stories to bonfires that light up the dark areas of the soul, saying that only fiction can perform this role. Despite remaining unrecognized by the Nobel Committee, he continues in his career as a highly respected international author.

Murakami’s works have been translated into more than 50 languages. At the same time, he has maintained a distance from the Japanese literary establishment. For example, unlike Nobel winners Kawabata Yasunari and Ōe Kenzaburō, he has never been a board member of Japan’s PEN club—which some critics suggest has counted against him as a potential laureate—or a member of a literary prize selection committee. While Ōe received the Akutagawa Prize at the age of 23, Murakami was nominated in 1979 for Hear the Wind Sing and in 1980 for Pinball, 1973, but never won it.

In 2006, he received the Franz Kafka Prize, said to be a strong indicator for future Nobel laureates. He has since been regularly touted as a likely Nobel winner, and ranked highly in lists of bookmakers’ odds. This year too, his name was mentioned alongside Germany-based Japanese author Tawada Yōko. Even so, Nobel committee discussions remain under wraps for 50 years, so we still do not know whether he has seriously come under consideration.

“Some say that the reason Murakami has never won, despite being so regularly named as a contender in Japan and around the world, is that his popular style is not favored by the critics and researchers who influence the decision,” says comparative literature researcher Kōno Shion. “Others conjecture that he does not fit into the right category as a writer to meet the Swedish Academy’s approval. For example, he has no particular political stance, such as representing minorities, his depictions of women are male-centered, and so on. Yet, the recent recognition of the literary value of Bob Dylan’s lyrics, and the honoring of Kazuo Ishiguro—who, like Murakami, is popular with general readers—suggest the committee’s tastes have changed.”

A series of scandals involving sexual assault and leaking of winners’ names delayed the awarding of the 2018 prize, and prompted major changes in the membership of the committee. Yet the two winners announced this year do not indicate noticeable changes in the committee’s selection criteria. Incidentally, on October 12, 2019, two days after the announcements, former Permanent Secretary of the Swedish Academy Sara Danius died of cancer. She had headed the Academy from 2015 to 2018, in the period when Dylan and Ishiguro received the award, but resigned over her handling of the scandals.

“I never thought of being an author. At least until I was 29 years old,” Murakami writes in one of his essays. While an avid reader of Balzac, Dostoyevsky, and Kafka in his teens, he decided at an early age that he was unable to match them. Meanwhile, his lifelong interest in jazz was sparked by a concert by Art Blakey and the Jazz Messengers, which he attended when he was 15. He opened a jazz club in Tokyo in 1974, when he was in his mid-twenties. And according to Murakami, he was watching a baseball match between the Yakult Swallows and Hiroshima Carp at the Meiji Jingū Stadium in 1978 when he suddenly thought, “Maybe I could write a novel.”

That novel was Hear the Wind Sing, and Murakami took an unusual writing approach. After discarding what he said was a tedious first draft, he started the first chapter again in English before translating it freely into Japanese while remaining conscious of his creative rhythms. By doing so, he aimed to distance himself from literary language, and as much as possible achieve a natural voice. Believing that rhythm is the basis for both music and fiction, Murakami apparently felt more like he was performing music than writing sentences. In his recent book Shokugyō toshite no shōsetsuka (Novelist as an Occupation), he talks of the importance of holding on to this feeling even today.

Hear the Wind Sing won the Gunzō Prize for New Writers and was nominated for the Akutagawa Prize. For the next few years, Murakami split his time between running his jazz club and writing. He sold the club and became a full-time writer shortly before he started on his third novel, A Wild Sheep Chase, which was published in 1982.

Murakami’s 1987 Norwegian Wood became a runaway bestseller in Japan. This was a very stressful time for the author, however, as he faced criticism of serving up rehashed versions of foreign literature that could only pass muster in his home country. Murakami’s distaste for the frivolity that rose to the surface in Japan at the height of the bubble economy was another reason for him to set his sights on the “new frontier” of the United States and publication in English translation. He was already popular in China, Taiwan, and South Korea due to local translations, but establishing a base in New York helped raise his profile and sales in the West.

Murakami’s international popularity is the result of the devoted efforts of his various translators. On October 19, the documentary Dreaming Murakami opened in Japan. The film is about translator Mette Holm of Denmark, who has rendered Murakami’s work into Danish for more than 20 years.

“Translation strategy has played a part in Murakami’s international acclaim,” says Associate Professor Kōno Shion of Sophia University. “His first English translator, Alfred Birnbaum, grabbed the attention of readers by bringing the pop image to the fore. Then, the translations of Jay Rubin, as a Japanese literary researcher, faithfully conveyed the meaning of the original text, helping to foster wider appreciation for Murakami’s writing style. Like Kawabata and Ōe, Murakami has been blessed with excellent translators. And he has always had translation in mind while writing and in his forming of a tight network with his agent and editors in the English-speaking world.”

Almost 30 years have passed since Murakami’s first appearance in the New Yorker with the short story “TV People.” He has become the most translated Japanese author ever. Kōno considers the source of the writer’s appeal and influence: “At a time when there is still not that much Japanese literature available in translation, many young people in different countries encounter Japanese society and culture through Murakami’s books. His pop literary style has much in common with pop culture like anime and manga, and I think there is a link between their global appeal and how his books have become so widely read.”

This global appeal is buttressed by some foreign influences on his writing. “His early works showed a clear debt to American writers like Raymond Chandler, Kurt Vonnegut, and Raymond Carver, whose books he had devoured from his youth. They also depicted a world that mixed contemporary angst with elements of fantasy and urban life. Critics and researchers have shown their appreciation in recent years, but he seems to have won overwhelming allegiance from general readers in Japan and overseas much earlier due to his superb psychological portrayal of shared anxieties from an individual perspective.”

Following the twin calamities of the Great Hanshin-Awaji Earthquake and Aum Shinrikyō subway sarin attack in 1995, Murakami’s works that examine the relationship between individuals and society’s macro problems are particularly notable, notes Kōno. “He has come to engage with issues like disaster, terrorism, religious cults, and how World War II is remembered. Rubin’s English translation of Kami no kodomotachi wa mina odoru—a collection of short stories thematically linked to the 1995 earthquake in Kobe—was published in 2002 as After the Quake, resonating powerfully in the United States, which was still reeling from the terror attacks of September 2001.”

Kōno stresses that Murakami’s worldwide popularity has also spurred on the translation of a wide variety of contemporary Japanese authors, including many female writers in particular. This is another way in which he has been highly influential in the history of Japanese literature in translation.