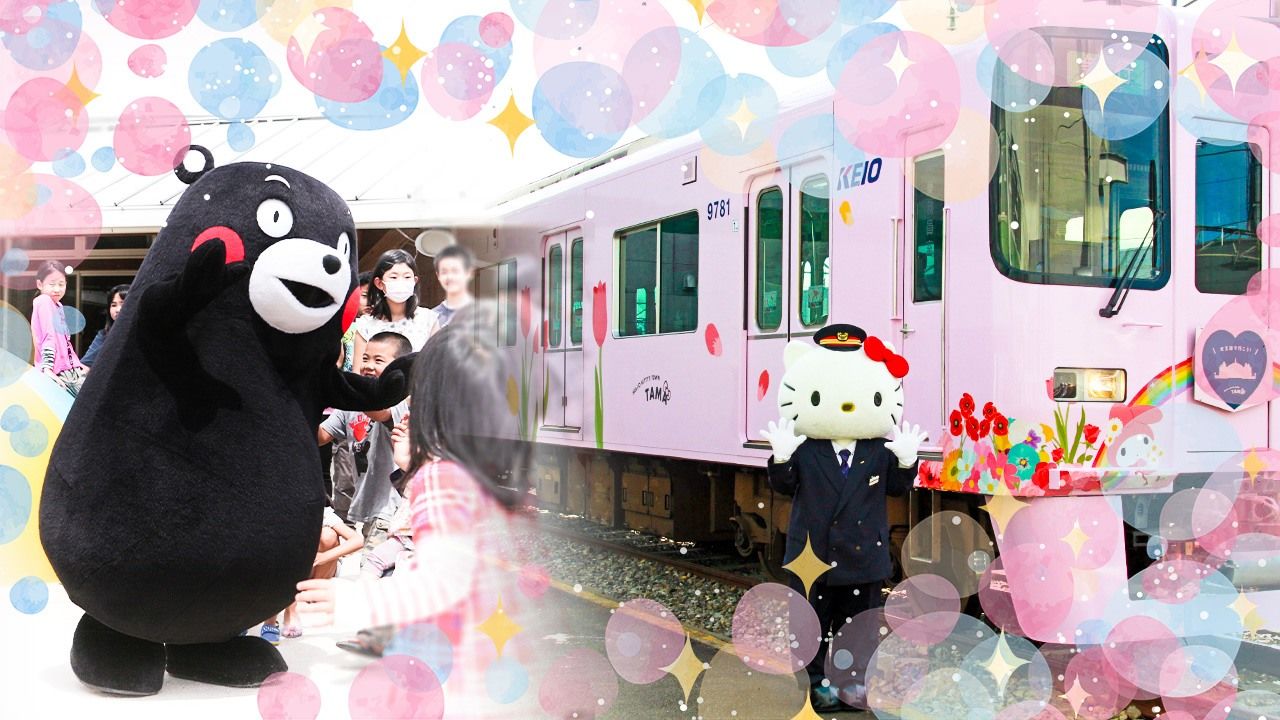 Philosopher Simon May Examines the Awww-Inspiring “Power of Cute”

Culture Aug 18, 2020
Cute . . . kawaii. We seem to know it when we see it, but can we say what it actually is? Visiting Professor Simon May at Kings College London takes up this and other intriguing questions in his book, The Power of Cute. 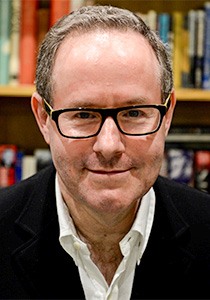 Simon May is visiting professor of philosophy at King’s College London. His books include Love: A New Understanding of an Ancient Emotion; Love: A History; Nietzsche’s Ethics and his War on “Morality”; The Power of Cute; and Thinking Aloud, a collection of his own aphorisms. His work has been translated into 10 languages and regularly features in major newspapers worldwide. (Photo by Stephen Barber)

What is cute, or kawaii, to use the almost synonymous Japanese term? In 1943, an Austrian zoologist named Konrad Lorenz proposed that our perception of cuteness is based on certain physical features—for example, the rounded head, large eyes, and button nose of a baby. This same caregiving response can be triggered by animals too, say a puppy, kitten, or chick. Even inanimate objects with such features, like soft toys and anime characters, can have us coo-ing. Evidently, it’s deep in our nature to nurture.

But why is cute so often packaged with the unappealing, sinister, or enigmatic? Think of gangly and wrinkly E.T., the blank expression of Hello Kitty, even the pudgy androgyny of Donald Trump and Kim Jong-un (two figures May identifies as having cute characteristics.) How to explain the ubiquity of cute in Japanese culture since World War II? Why have the last few decades also seen cute make deep inroads into Western society? Why does cute so speak to our age? Simon May, visiting professor at Kings College London, takes up these and many other questions in his book The Power of Cute (Princeton University Press, 2019.) 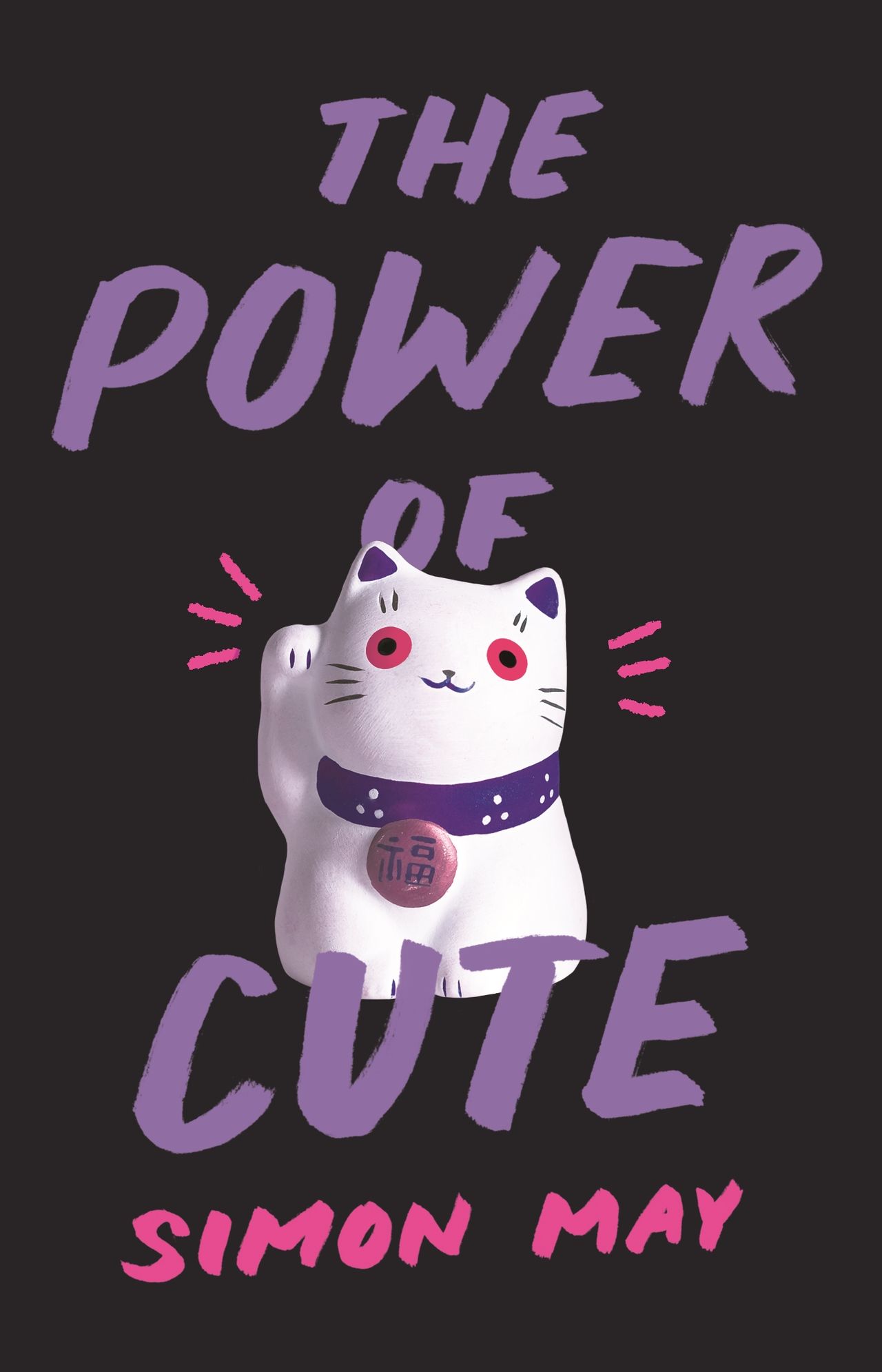 The book cover of The Power of Cute. (Provided by the author)

In 2001 the British philosopher Simon May was a visiting professor at the University of Tokyo.

“Like most visitors to Japan, it was impossible not to be struck by the pervasiveness of kawaii,” he recalls. “The first thing I thought was that it was part of the wonderful playfulness of the Japanese spirit.”

But, he notes, while people over the world tend to identify the same images as cute, cute has a special significance in the Japanese context. In particular, cute is connected to a “post–World War II repudiation of militarism and power,” May argues. “It reflects Japan’s determination to project a peaceable and unthreatening image to the outside world . . . and crucially, to itself.” That’s why you might find cute characters adorning a child’s pencil case in the United States or France, but are unlikely to see them on a police poster or recruiting materials for the armed forces there, as you might in Japan.

Another distinctive role cute plays in Japan is as “a form of social communication,” May suggests. He notes that communication between Japanese people tends to be less overtly transactional and more indirect. In that sense, “cute” self-presentation by people of all ages is “part of avoiding excessive directness or explicitness.”

In his study of cute, May highlights the ambiguity and indeterminism of the aesthetic. Famously, Sanrio’s Hello Kitty is utterly expressionless, without even a mouth. Official backstory notwithstanding, it’s unclear if she is Japanese or non-Japanese. In fact, it’s hard to say if Kitty is a human pretending to be a cat or a cat pretending to be human.

So, May argues that cute “also reflects long-standing features of Japanese self-understanding, precisely as a culture that affirms indeterminacy.” Japanese culture often allows things to be true and false at the same time. It is a culture where distinctions between male and female, human and animal, animate and inanimate, god and man have traditionally been weaker than in the West.

“As a philosopher, I’m struck by the fact that thinking in Japan is less structured by rigid opposites and aims less at final definitions than has traditionally been the case for much Western thought,” says May.

Likewise, Japanese art is heavily influenced by the ambiguous aesthetic of “beautiful imperfection,” sometimes expressed by the phrase wabi-sabi. A precious tea bowl may be exquisitely asymmetrical, perhaps broken at some time in the past and carefully repaired by the kintsugi method of joining with gold and lacquer.

Cute characters also have their notable imperfections, May argues. For example, E.T. is sweet and amusing, yet “hobbled” by his short stature and maladaptation to the earth environment.

The Rise of Cute

It seems clear that something about cute resonates with wider Japanese culture. But how to account for the seemingly unstoppable rise of cute elsewhere too? In his book, Professor May suggests some reasons why the aesthetic may be so well suited to our age.

One is a reaction to what he calls a Western “cult of sincerity” that dates back at least to the eighteenth-century Genevan philosopher Jean-Jacques Rousseau. This is the idea that we should endeavor to sincerely express our inner feelings. It finds expression in everything from the work of the Romantic poets to the contemporary deluge of personal confession on social media.

Things that are cute, on the other hand, are notable for their lack of inner feelings, or at least the inscrutability of those feelings. “The point about cute objects is that it is extremely hard to look at them and say, ‘What are they really about?’ That’s not the point of them,” says May.

This counter-current to sincerity is particularly apparent in the political sphere. Do voters think they actually know the true beliefs of Donald Trump or Boris Johnson? Do they even think it is important to know? Interestingly, neither the cult of sincerity and the reaction against apply to Japan, May argues. There, the social obligation to conceal the sincere feelings of honne behind the persona of tatemae are as strong as ever.

Another factor—one that does apply to Japan too—is cute’s ability to erode power relations. Cute is relevant here, May argues, because is an aesthetic that undermines power with ambiguity. The cute object seems powerless, yet somehow attracts and holds power over the viewer. Meanwhile, a cute object may seem vulnerable, yet often it is felt to provide strength.

“It’s as if cute has power precisely because of its powerlessness,” says May. “Why does the US Navy, whose entire purpose is to project power, choose one of the most powerless of all creatures, namely a goat, as its mascot?” he asks. He also gives the example of Kumamon, the Kumamoto bear mascot that toured Kyūshū after the 2016 earthquakes, comforting and strengthening survivors.

Meanwhile May notes how, in the geopolitical sphere, the postwar rise of cute coincided with the development of structures such as the United Nations and the European Union.

“For the first time, international relations were going to be determined by negotiation and agreement, rather than principally by the projection of power,” he says. “Japan has been in the vanguard of this wider drive, which since the Second World War has sought . . . to reduce the role of power in determining the structure of human relations, and, most conspicuously, of international relations.”

“Peak Cute” or Here to Stay?

So, what next? Is the aesthetic of cute just a passing trend? On the contrary, May argues that it is likely here to stay.

“The long-term trend in the West is to recast human relations in ways that are more harmless, less power-driven, more playful,” he says. “Cute objects question the hard-and-fast distinctions that we often assume exist between the powerful and the powerless. That is part of their fascination.”

May’s study of this global aesthetic may have an intriguing implication for Japan and its role in the world. Even since Japan’s nineteenth-century modernization, the nation has generally been seen as becoming more like the West. But when it comes to the powerful aesthetic that is cute, is the West gradually becoming more like Japan?