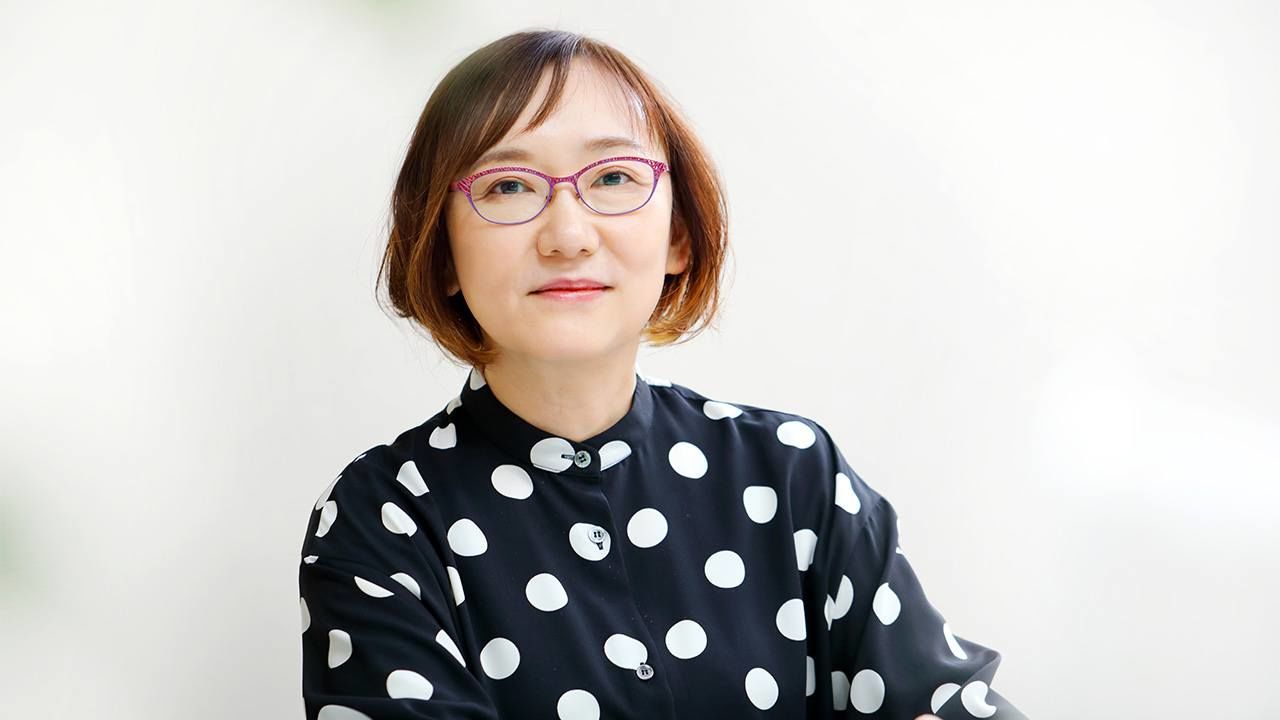 Novelist Kubo Misumi’s Stories of Hope for a Changing Japan

Culture Society People Mar 26, 2021
Kubo Misumi writes fiction about women and families doing their utmost to get by with a persuasive force that comes from personal experience. Her first book is set to appear in English translation as So We Look to the Sky in 2021.

Born in Inagi, Tokyo, in 1965. Graduated from Caritas Girls’ Junior & Senior High School. Dropped out of junior college and started working at an advertising production company. Became a freelance writer after giving birth. Won the R-18 Literature Prize for Mikumari in 2009, the Yamamoto Shūgorō Prize in 2011 for Fugainai boku wa sora o mita (trans. So We Look to the Sky), the Yamada Fūtarō Prize in 2012 for Seiten no mayoi kujira (Stray Whale on a Sunny Day), and the Oda Sakunosuke Prize in 2019 for Toriniti (Trinity). Her latest novel, Haha no ren’ai (Mom in Love), was published in January 2021.

Kubo Misumi’s latest novel Haha no ren’ai (Mom in Love) depicts a woman’s story as she marries, has children, divorces, and then battles as a single mother to raise three sons while working. It also presents the perspectives of her husband and other supporting characters. The second half is a coming-of-age tale for her eldest son, who has observed his mother’s struggles from a young age. This is a book that leaves readers warm and refreshed, and many must come away feeling supported and encouraged to move forward.

Single mothers have become a symbol of social inequality in Japan. In the pandemic, there have been reports of many losing their jobs and facing mounting economic difficulties. “It’s fair enough to have stories showing the harsh reality, but I wanted an ending that would lift spirits and provide a sense of buoyancy,” Kubo says. “Especially since the COVID-19 crisis, I’ve felt more strongly that I want to write happy endings that give people hope for the future.”

The story takes place to the north of Tokyo in Gunma Prefecture, where Yukiko, a high school graduate in a department store job, meets and marries Tomohisa, two years her senior. She comes to spend her days working at the sewing factory run by her husband’s parents. Declining orders, however, mean the factory has to shut down. Driven by the desire to contribute to the family finances, Yukiko puts her recently born son Chiharu in day care and takes a part-time job at a railway station kiosk. Just when she is becoming used to it, she has twin boys and has to quit, but manages to get the job back around the time they turn one. Meanwhile, Tomohisa, who had dreamed of expanding the factory when he took charge, is struggling to adjust to life as a taxi driver. Unable to endure his own inability to meet the crisis, he goes searching for a new place he can find peace of mind, outside the home. The two divorce, and Yukiko throws herself into work so that she can put her three sons through university. She gets a regular job in a subsidiary of the railway company that runs the kiosk, in the end rising to a managerial position.

Tomohisa moves in with a Thai woman called Kalayat, who works at a local izakaya pub, and they have a daughter together. Kalayat has another daughter from a previous relationship—Sirirat, who becomes Chiharu’s high school classmate. Having seen how his mother suffered, he finds it difficult to accept his father and also keeps his distance from Sirirat. Ultimately, however, Chiharu and his brothers overcome anger and mental turmoil to connect with their father’s new family and establish fresh ties.

Kubo’s meticulous descriptions of characters doing their utmost to get by from day to day have a persuasive force that comes from personal experience. 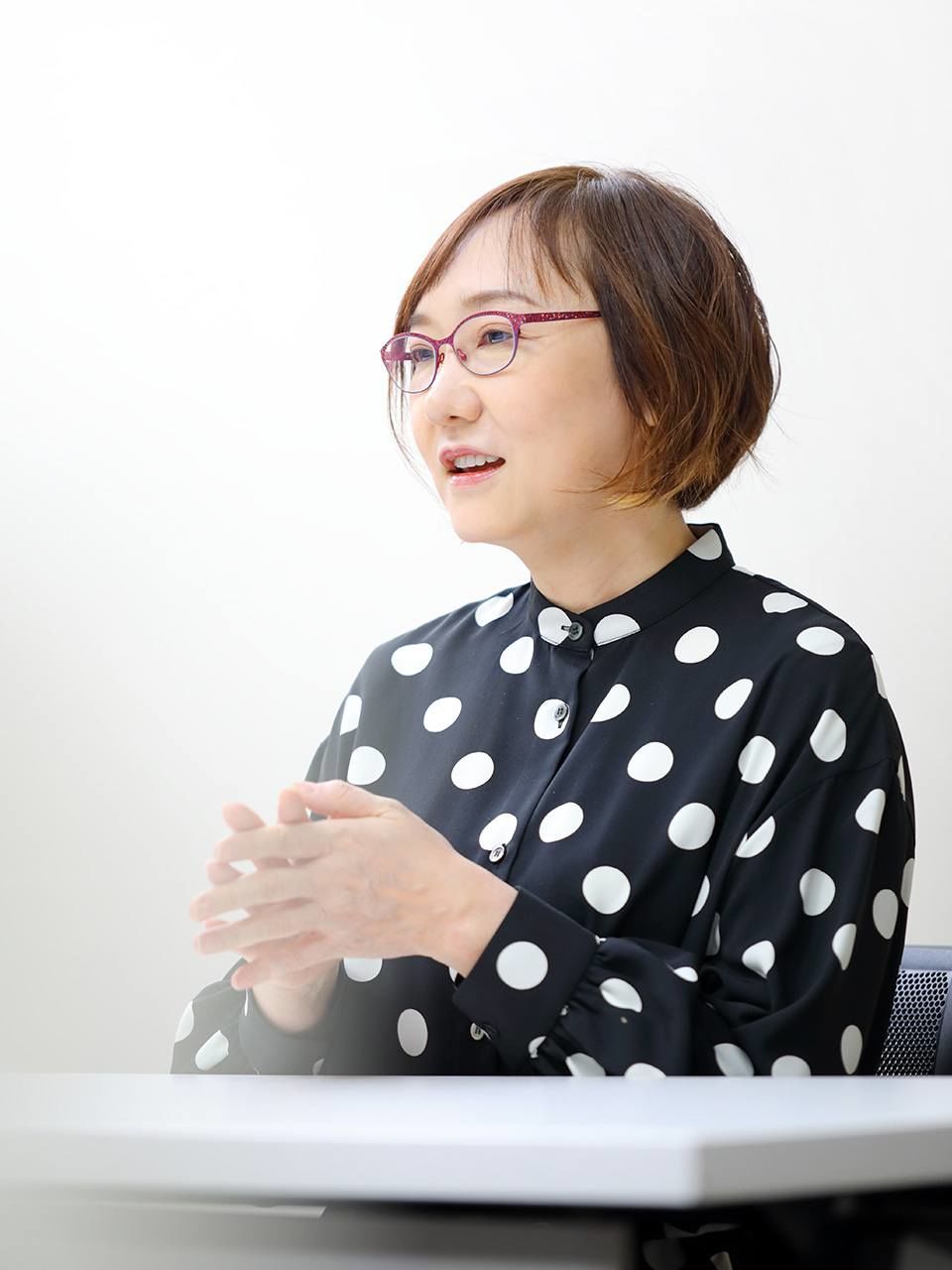 “The parts about Yukiko’s job at the station kiosk are based on my mom’s life,” she says. “When I was twelve, Mom left our home and supported herself by working at a kiosk before becoming a regular employee and buying an apartment through her own efforts. After my parents split up, I lived with Dad, and didn’t meet Mom again until I was twenty-seven. As a girl, I felt others looked down on me because my parents were divorced.”

The men in Kubo’s novels, including Tomohisa, are all hopelessly unreliable, she says. “They’re modeled on my dad. He ran his own business, but then it started struggling, and after some futile running around to try and keep it from going under, he filed for personal bankruptcy, leaving a lot of people in the lurch. I remember thinking, ‘Dad’s totally spineless.’ But the older I get, the more I think that it was a really hard situation for him. I can appreciate the unavoidable reasons for doing what he did. And that’s been behind my stories.”

Chiharu helps his mother by looking after his brothers. While he had an inferiority complex about his parents being divorced, after reconciling with his father and coming to see Sirirat and his infant half-sister as family too, he loses his doubts, saying: “There’s not one thing to be ashamed of about my family.” When he learns that his constantly striving mother has met someone new, he sees her with fresh eyes, as a woman, and hopes she can remarry and find happiness. “I have a son, but he wasn’t the model for Chiharu,” Kubo says. “Still, I wanted to put that pure, innocent part of boys in a story—the sensitivity and gentleness that I’ve experienced through being a mother. Chiharu represents an ideal.”

The plot of Mom in Love revolves around Chiharu’s coming of age, while also depicting the growth of Yukiko and Tomohisa. Alongside the central theme of family as a changing concept, we see the transformations in Japanese society through the characters with Thai roots. As the book is set in an area with many plants where foreign workers are employed, from elementary school Chiharu is used to having classmates with international connections.

“A lot of my stories are set in public housing projects, and over the past decade or so there’s been an increase in residents with all kinds of different nationalities, so having only Japanese characters appear is becoming unrealistic,” Kubo comments. “Basically, I like to naturally get to know other people. So, I think the ideal way is not to have a strong idea of others as ‘foreigners,’ but to come to get on with each other as neighbors without thinking too hard about it.”

For much of her twenties, Kubo toiled in a range of part-time jobs and then at an advertising production company. After becoming a mother at 28, she went freelance, writing articles for pregnancy and childbirth magazines.

“The appeal of the R-18 Literature Prize was that you only had to write a minimum of thirty manuscript pages to enter. With other literary prizes, you had to write at least a hundred. I thought thirty was a plausible target, in between completing articles. And for me as a freelance writer, having the topic of ‘sex’ already decided actually made it easier. I set my entry in a maternity clinic because that’s where I’d given birth myself, and I’d also visited clinics for articles.”

Kubo’s winning entry, “Mikumari,” is about an affair between Takumi, a high school boy, and Satomi, a married woman 12 years older than him. Alongside anime-themed sexual encounters, the story brings vividly to life Takumi’s assistance of his midwife mother at the clinic she runs, and his daily school activities. One year later, “Mikumari” was included as part of a series of short stories in Kubo’s debut publication Fugainai boku wa sora o mita. (The collection is due to be published as So We Look to the Sky in an English translation by Polly Barton in 2021.) The world of the story is expanded as we see Satomi at home, undergoing infertility treatment pressed on her by her mother-in-law, and observe Takumi’s classmate Ryōta striving to earn enough through part-time work to support both himself and his grandmother, who suffers from dementia. The book won the Yamamoto Shūgorō Prize, and was adapted into a film (with the slightly different English title The Cowards Who Looked to the Sky).

From her debut to Mom in Love, many of Kubo’s characters have a positive outlook even while facing struggles in life. At a time when single-mother households are going through particular hardships, based on her own experience the author says that they should take what help they can from those around them, and that it is important to have a strategy for living through each day with hope.

“When my son was small, there was a time that I had to go on a trip for work, but I couldn’t leave him at daycare because he had a fever. I couldn’t rely on my husband or mother, but clutching at straws, I asked a single friend, who agreed to look after him. In Mom in Love, Yukiko’s mother and mother-in-law support her, but even if someone isn’t family, it often happens that asking for assistance leads to others reaching out helping hands. This is my life lesson.”

From shortly after giving birth, Kubo had to balance childcare with the need to work and bring in money for the family. “I separated from my husband when my son was fifteen. After that it took some time to actually divorce officially and remove myself from his family register. I didn’t get any alimony.” In interviews after her first book became a bestseller, Kubo said that the royalties made it possible to pay for her son’s education.

“There were times in my life when I was working in exploitative conditions, and all I was thinking about was my job. I’d lay down newspaper on the floor to sleep on each night, without knowing what the next day would bring. When I first became a freelance writer, I’d just had a baby, so I had to work even though I didn’t have a background in the business. I found that some doors open when you knock on them, and I have that experience of success as a part of me. Rather than being negative about having low pay or not being able to become a regular employee, it’s best to think that you do what you can, and you never know—the next door might open. Instead of being anxious about what’s to come, you should keep living each day, working steadily at the little things. I feel that thinking and acting over short spans is a useful survival strategy.”

Women Who Made Their Own Way

Having entered her fifties, Kubo has felt increasingly compelled to write about how women of earlier generations lived. Her 2019 novel Toriniti (Trinity) centers on the lives of three women who meet in the editorial department of a new magazine in 1964, the year of the Tokyo Olympics. Another work, currently being serialized, goes back further to tell the story of a woman in Japan in the early twentieth century.

“It tends to be seen as a really dark period now, but society has become a little easier for women. I want to write about how it’s because of the women who made their own way in a time of patriarchy that we’re where we are today.”

Kubo would also like to try her hand at nonfiction one day. And this year, she is looking forward to the English publication of So We Look to the Sky. It is the first time one of her books has been translated into English in full.

“When it first came out in 2010, some readers were shocked to learn that there were children still living in poverty in Japan. I want people in other countries to know that Japan has this issue too, and I’d really like for them to read the book.”

(Originally published in Japanese based on an interview by Itakura Kimie of Nippon.com. Photographs of Kubo Misumi by Nakabayashi Kaori.)