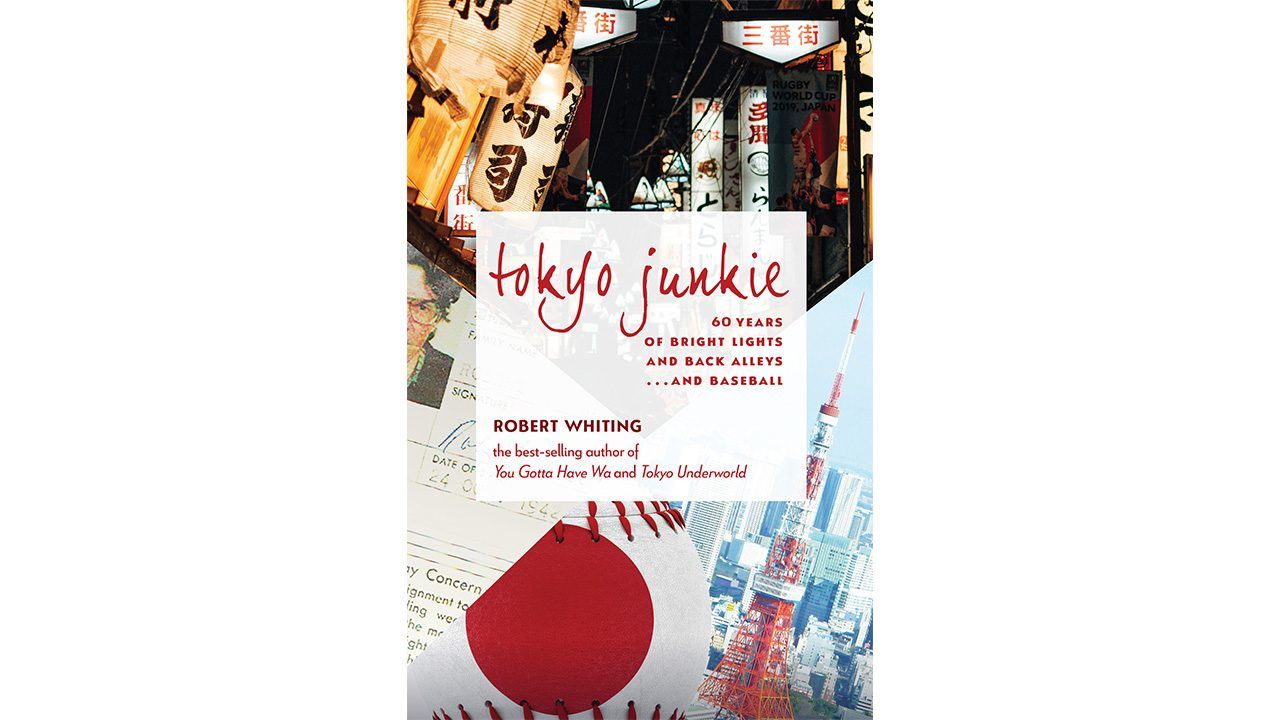 Society Culture Apr 16, 2021
Writer Robert Whiting’s new memoir Tokyo Junkie is a tale of an American transplant in a booming Asian metropolis. Insightful and humorous, its assorted essays recount the people and events that have shaped Japan’s capital and the author over six decades.

Like most newcomers to Tokyo, Robert Whiting inadvertently found himself gazing in wonderment at the bustling metropolis, eagerly soaking it all in. In Whiting’s case, it was 1962 and the capital was hard at work reinventing itself in fevered anticipation of hosting the first-ever Olympics in Asia. The energy was palpable in the incessant din of construction, the streets brimming with people, and the neon-lit nightlife. Something extraordinary was underway and Whiting, unmoved by his American colleagues’ admonitions about the dangers of “turning Japanese,” was not about to miss it.

Whiting describes what transpired over the next six decades in captivating detail in Tokyo Junkie, his illuminating and entertaining double memoir about his life and that of the ever-changing capital. In the collection of essays, Whiting, best-selling author of works like You Gotta Have Wa and Tokyo Underworld, chronicles his transformation from a young airman set loose in Tokyo to a seasoned writer and leading pundit on Japanese society. Overlapping this narrative is the capital’s own evolution from a “fetid backwater” recovering from the ravages of war into a towering city and global economic center. 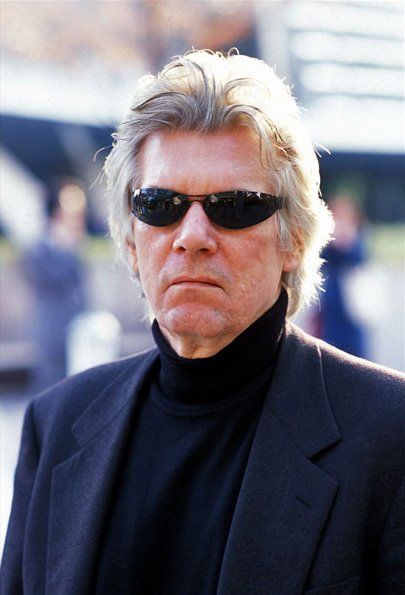 Whiting knows Tokyo like few expats do, having traversed every inch of the sprawling metropolis, from its corridors of power to its dingy alleyways. He fills the book with an endless stream of vignettes—some personal, others didactic—that show the complex inner workings of the metropolis, and by extension Japan. As might be expected, many of Whiting’s pieces center on his wheelhouse of baseball, yakuza, and shifty politicians. However, he intersperses his scrutiny of postwar Tokyo history with surprisingly candid recollections from his life in the capital—how many people would admit to crying into their beer while watching the baseball-themed anime Kyojin no hoshi (Star of the Giants) on a battered izakaya television? How many could boast of having had pro wrestling legend Giant Baba as a noisy upstairs neighbor? Writing in his usual engaging style, Whiting peppers his accounts with humor and the occasional touch of empathy while avoiding sugar-coating uncomfortable truths, even when the incriminating revelations are his own. 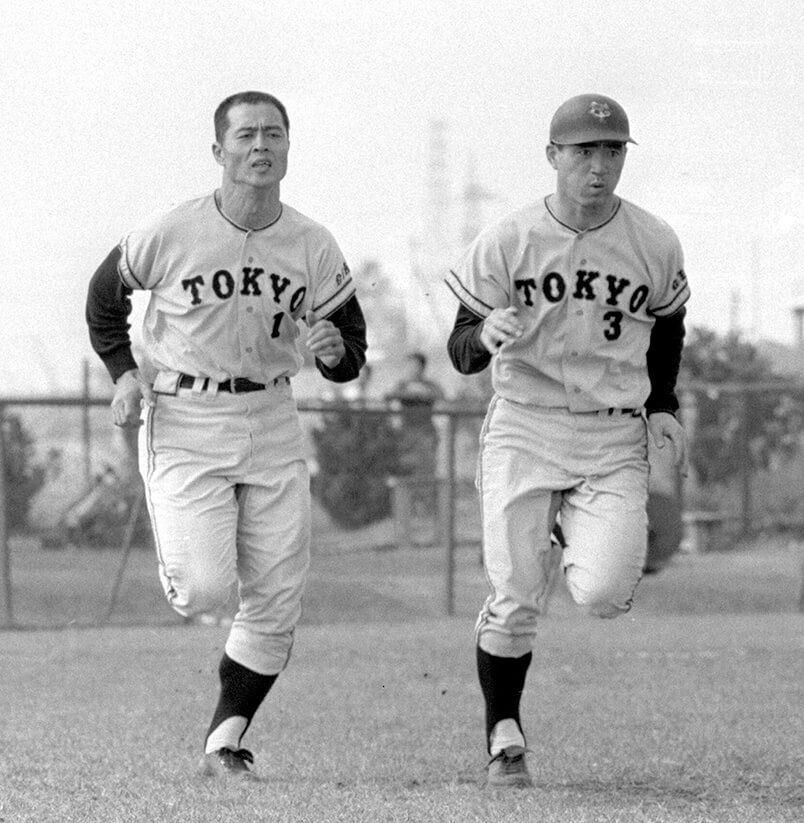 The first half of Tokyo Junkie covers the opening decade of Whiting’s residence in the capital. In chapters with titles like “The Soldier,” “The Degenerate,” and “The Penitent,” Whiting juxtaposes the arc of his personal transformation from a self-proclaimed country hick to an accomplished urban writer against the backdrop of the city’s rapid rise to global prominence.

Postwar Tokyo was at a unique moment in its development and Whiting captures it in fascinating detail. He takes readers to long-vanished nightspots like the Showboat and Club 88—the latter a popular hangout for everyone from foreign diplomats to local businessmen to visiting American celebrities. He details the good and bad of the 1964 Olympics, portrays the heady student movement and protests against the Vietnam War, and recounts the dealings of the ruling Liberal Democratic Party. Whiting embraces his Tokyo existence and unlikely relationships bloom, including with a high-strung gang enforcer who introduces him to the underbelly of the city, a wealthy plastic surgeon and patron of Ginza’s swanky nightclubs, and savvy political reporter for the Yomiuri Shimbun and future head of the Yomiuri empire, Watanabe Tsuneo. Whiting would go from being his English teacher to his journalistic nemesis. 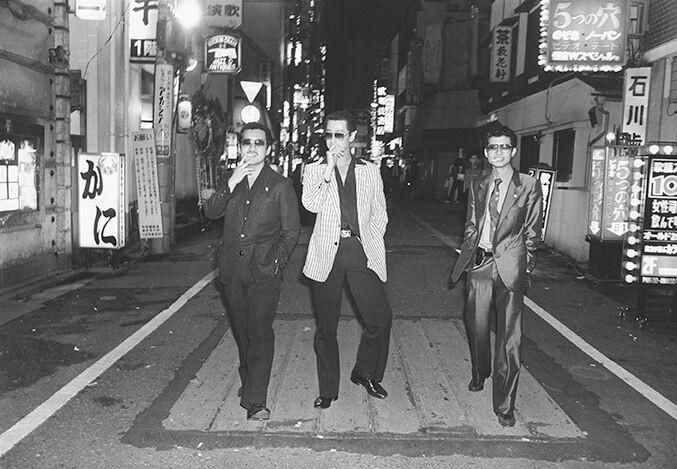 Yakuza saunter through the streets of Shinjuku’s Kabukichō in 1971. Whiting has closely studied the gangsters who rule Tokyo’s underworld. (© Katsumi Watanabe/Andrew Roth Gallery)

The second half of the work covers the heydays of Whiting’s writing career and his transformation into content resident of Tokyo, paralleling the capital’s tumultuous metamorphosis into its current incarnation. Whiting takes readers through his adrenaline-fueled days as a journalist during the bubble era, when Japan was riding a crest of national confidence, the subsequent crash and bitter reckoning of the “lost decades,” and into the pandemic-altered present. He gives a media insider’s account of the machinations of Japan’s movers and shakers, including the political firebrand and future governor of Tokyo Ishihara Shintarō; offers observations on the transformation of traditional neighborhoods into nondescript glass and concrete towers at the hands of Mori Building; and outlines the cultural fallout of pitcher Nomo Hideo’s unprecedented move to the Major Leagues in 1995—dubbed the “Nomo Effect”—among other topics. 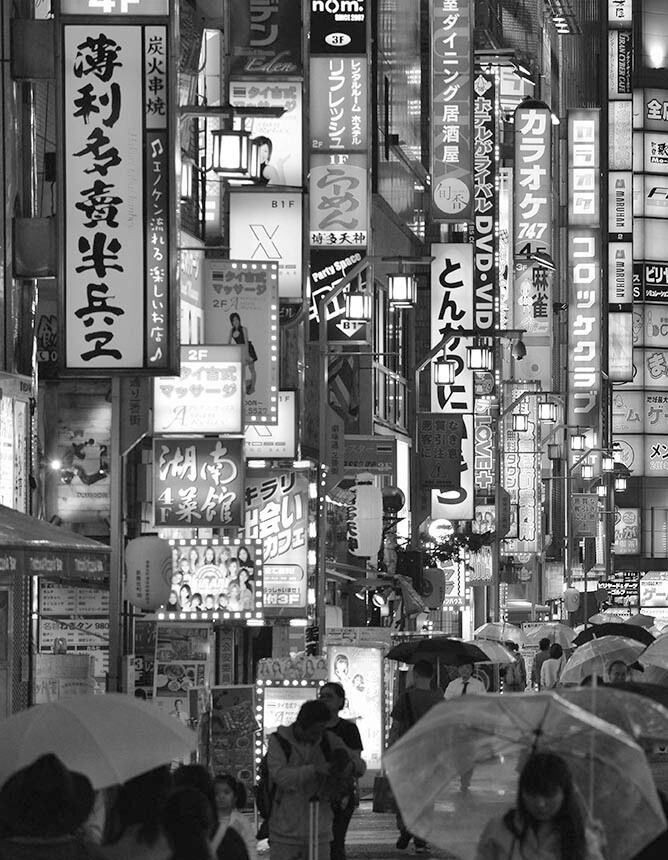 Tokyo Junkie is part historical account, part autobiography, and part traveler’s narrative. Now in his late seventies, Whiting has made peace with his Tokyo demons, and there is a sense that this might be his last major undertaking. The capital, too, has mellowed from the frenetic pace of the 1960s, when the author first arrived. However, if there is one takeaway from Tokyo Junkie, it is that in the metropolis, there is no end to stories yearning to be told. 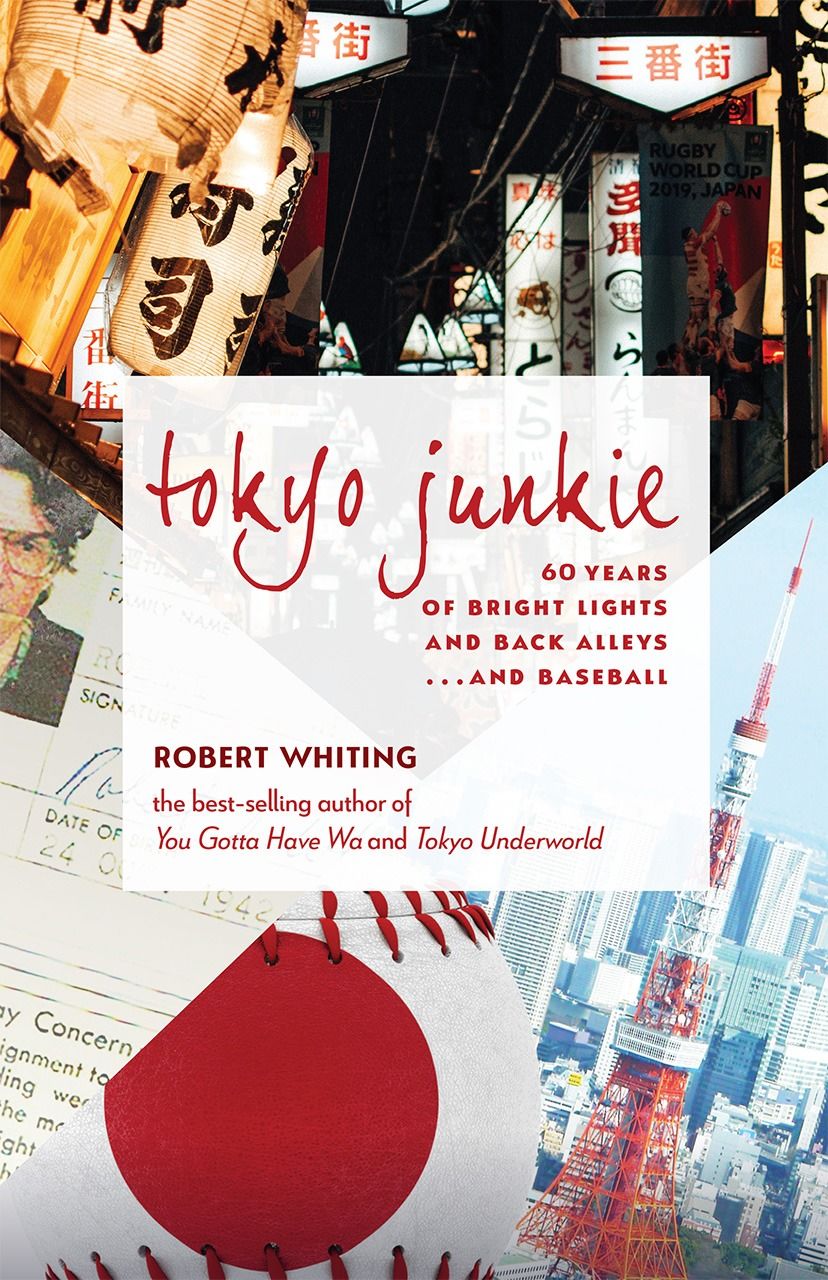 Tokyo Junkie: 60 Years of Bright Lights, Back Alleys . . . and Baseball by Robert Whiting is published by Stone Bridge Press on April 20, 2021.