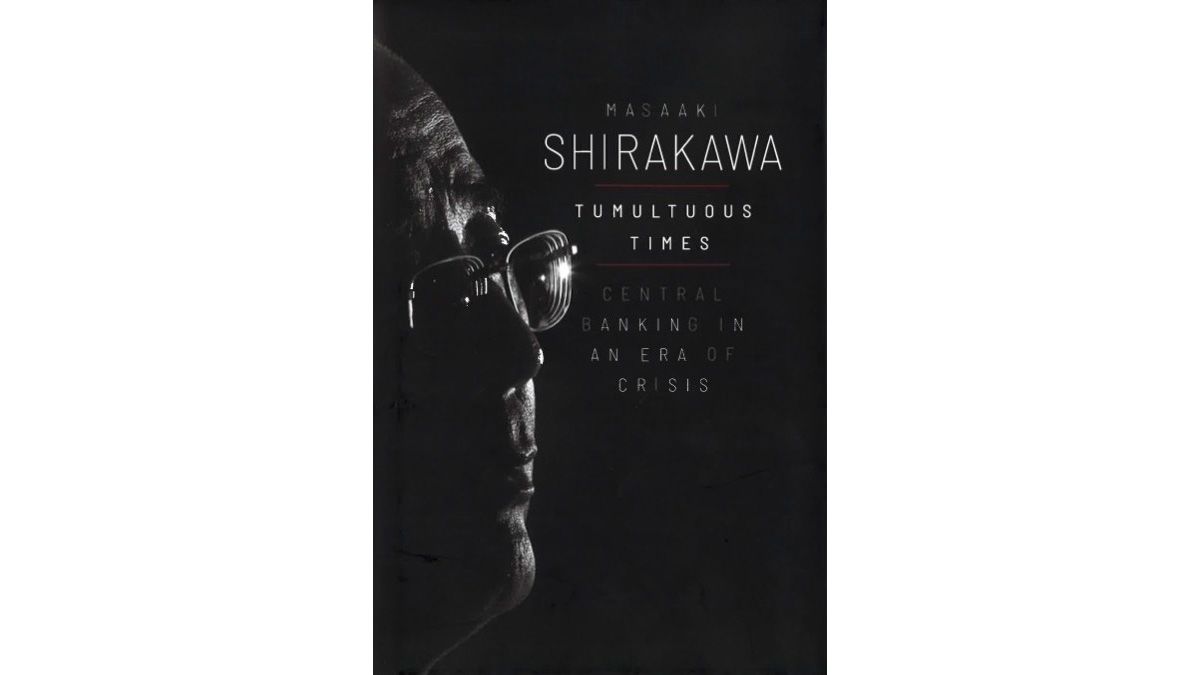 “Tumultuous Times”: Shirakawa Masaaki on His Time at the Top of the Bank of Japan

Books Economy Aug 27, 2021
Former Bank of Japan Governor Shirakawa Masaaki’s book on his years at the central bank and his tenure at its top has been published in English as Tumultuous Times. A look at the scope and prescriptions of his work.

Shirakawa Masaaki served as governor of the Bank of Japan from April 2008 through March 2013. Five years after leaving the post, in 2018, he published Chūō ginkō (The Central Bank), a titanic 800-page work detailing his time at the institution, which he joined in 1972.

In writing his book, Shirakawa’s aim was to deepen discussion of the role of central banks. As he notes in the prologue, he did not rush it out immediately following his tenure, waiting for five years before taking his thoughts to print out of a “desire to have the book read in an environment where it would not [be] seen as adding more fuel to a raging policy debate. The time that had elapsed also allowed me to think more deeply about issues while working on the book.”

The text naturally focuses on the monetary, economic, and political issues he grappled with as a bank official, and especially as BOJ governor, but it can also be read as a memoir. This is especially true of the second part, which covers his time at the top of the institution. (This is bracketed by a first section covering his earlier career at the bank, from 1972 to 2008, and a third section exploring the nature and roles of central banks.)

Shirakawa notes that during the years he pondered what he should write, he read numerous books by others in the field, including Timothy Geithner and Hank Paulson Jr., two former US treasury secretaries, and Mervyn King, former governor of the Bank of England. His own contribution is likely to attract considerable attention from his peers, too. King provides a comment for the book jacket, praising the author and noting “With global economic stagnation, now is the time to learn from Japan.” Also praising the “unique insight” of Shirakawa’s “masterful book” are Raghuram G. Rajan, formerly governor of the Reserve Bank of India and chief economist at the International Monetary Fund, and former US Federal Reserve Board Governor Kevin Warsh.

Central Banking in an Era of Crisis

The five years during which Shirakawa served as governor, from 2008 to 2013, were especially tumultuous. The period saw the collapse of the Lehman Brothers brokerage in September 2008, precipitating a global recession; the ongoing European debt crisis, which started in Greece in October 2009; and closer to home, the Great East Japan Earthquake of March 2011. Japan was also politically unstable during this period, which saw no fewer than six prime ministers pass through the Kantei. And demographic change was also impacting his job: As he notes, during his five years as governor, Japan’s working-age population declined by an incredible 3.2 million people, presenting “a huge headwind for the economy.” In the chaos generated by all of this, Shirakawa had a difficult course to navigate.

As he recalls, one of the key events of September 2008 was a telephone conference among the G7 finance ministers and central bankers concerning leading US brokerage firm Lehman Brothers. During the conference call, US Treasury Secretary Henry Paulson affirmed that the firm’s prospects looked dire, with no prospective buyers willing to rescue it. In Shirakawa’s words, “It appeared likely that if Lehman were liquidated, systemic risk would materialize in the sequential failure of financial firms around the world.” This led him to believe that the Federal Reserve Board would step in with emergency lending if needed to keep the financial system on an even keel. “Finding a suitor for Lehman might be difficult, but in the end I thought that my US colleagues would not permit the ad hoc liquidation of the firm.”

Lehman Brothers filed for bankruptcy just two days later, though, to Shirakawa’s surprise: “It was a surreal moment for me to hear that a policy maker would let such a thing happen.” Its collapse pushed the global financial system to the brink. Demand evaporated everywhere, and a worldwide recession set in, including in Japan.

The Japanese government announced in November 2009 that the economy had entered a deflationary phase, and on the foreign exchange markets rapid yen appreciation ensued. Shirakawa was subsequently dogged by pressure to take steps to reflate the economy and ward off further yen appreciation.

Monetary policy cannot accomplish miracles, but countries all over the world looked to their central banks for some kind of solution. The same mood peaked in Japan with the advent of the second administration of Prime Minister Abe Shinzō following the December 2012 general election.

Shirakawa agonized over the way forward. There was pressure on the bank to follow through on the government’s promise to adopt bold monetary easing policies, and revisions to the Bank of Japan Act giving the prime minister the authority to sack the governor seemed likely. Threats were being directed to the BOJ every day.

If the bank adopted a different tack than the government and the rift became public, the lack of consensus would affect the markets. Would the public allow the BOJ to refuse democratically elected politicians’ demands? On the other hand, could the bank opt for a policy which risked, in the eyes of financial experts, leaving lasting scars? Shirakawa was truly on the horns of a dilemma.

Although the author describes the issue diplomatically, he expresses wariness toward the logic behind the Abe administration’s monetary easing policies in chapter 17, which covers the joint statement issued by the government and the bank on January 22, 2013. Throughout the second section of his book, he adeptly explores the “five years of turbulence” that marked his tenure as governor.

The Strangeness of the Central Bank

Shirakawa’s afterword opens with the words “Central banks are now in a strange position.” This is something of a departure from the original Japanese, which describes these banks themselves as “strange institutions”—as Shirakawa also notes in the preface, the translation has seen significant abridgement and adaptation—that work together with government but are independent from it at the same time. The government can collect taxes by fiat, but the bank can only pursue its goals indirectly, through cumbersome procedures seeking to influence the markets.

That said, the “strange position” of the English translation is apt as well, given the ultralow interest rates that monetary authorities have been pressed to implement for so long. When this “long for low” situation ends, Shirakawa warns, central banks will face tremendous challenges that cannot be overcome if they “cling to present-day practices in the interests of short-term stability.” His book offers observations aimed at helping monetary authorities make wiser decisions as we move into an uncertain future.

What precisely is a central bank, then, and how can it function closer to the ideal? What should central banks seek to achieve through their policy prodding going forward? Whether addressing the strange institutions of these banks or the strange position in which they now find themselves, Shirakawa’s Tumultuous Timeslogically unravels the mystery facing us.

(Originally written in English. Based on a December 11, 2018, review of the Japanese edition of Shirakawa’s book.) 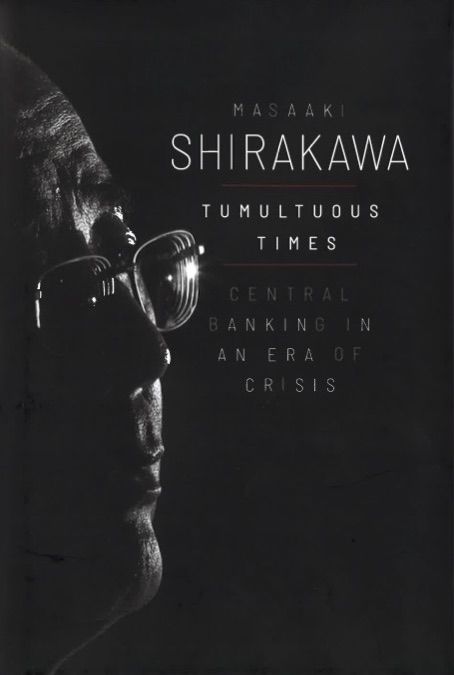 Tumultuous Times: Central Banking in an Era of Crisis